From the crowd at the Hollywood Bowl sipping John Legend’s pale pink LVE wines during his sold-out show earlier this month to serious sippers sourcing obscure darker-hued natural variations, rosé season has hit Los Angeles in a big way. “As far as shades of pink, country and origin, and the realm of awesomeness goes, I have many high-profile clients drinking rosé across the board,” says Helen Johannsen, founder of Helen’s Wines, located inside both locations of Jon & Vinny’s (the Italian restaurant that’s a Hollywood fave). “As long as we’re getting people into something more dynamic than supermarket wine, I am very happy.”

Ranging from Provence classics to small-production finds from Austria and Santa Ynez Valley, here are the pinks that the Hollywood crowd is procuring this season.

LVE French Sparkling Rosé and Côtes de Provence Rosé
John Legend’s smooth rosé ($25), launched last summer but now more widely distributed, was a favorite accompaniment to his show at the Hollywood Bowl. Made of Grenache, Cinsault and Syrah, this very traditional pale-pink wine is highly aromatic with a touch of floral peach blossoms, strawberry and apricot. New this summer is the brand’s sixth release, the LVE French Sparking Rosé ($20). For those stocking up for the season, LVE Collective members receive discounted pricing on quarterly shipments and invitations to exclusive events. You can also find LVE rosés at Wally’s Wine & Spirits and Heritage Fine Wines in Beverly Hills, as well as Bevmo! stores. 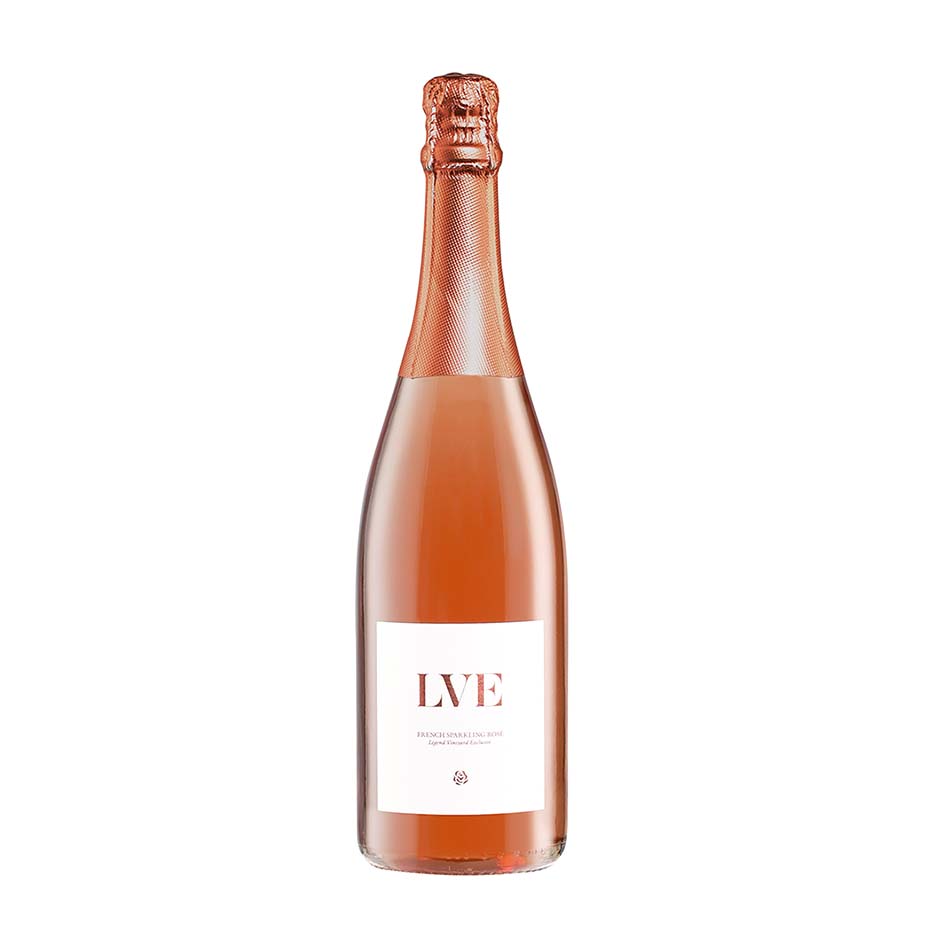 2018 Chateau Le Puy Rose Marie
At Helen’s Wines (where Mandy Moore and Emma Roberts are among the customers), Johannsen says any “pale and Provencal” rosés are popular every summer, but right now she’s happily moving people towards a wider spectrum of pinks. On the “baller” side of things (meaning it’s not cheap) is a 2018 Chateau Le Puy Rose Marie ($90), an organic and biodynamic rosé made from Merlot grapes that Johannsen says is a “damn fine bottle made in an utter state of harmony.” Known for her love of natural wines, Johannsen is pushing Christian Tshcida’s rosé from Austria and chilled reds. “Dark-hued rosé is a game-changer,” she says.

2018 Habit Rosé
This all-Grenache 2018 Habit Rosé ($23) is produced and bottled by Jeff Fischer, a voice actor best known for his eponymous character in the American Dad! animated series. Organic and biodynamically farmed in the Santa Ynez Valley, the 2018 rosé is light and bright, the perfect pairing for chilled seafood, charcuterie and cheeses, even sushi. Fans include Sandra Bullock, Chris Noth, Sarah Wayne Callies, Holt McCallany, Aaron Kaplan, writer-producer Nahnatchka Khan and director Joe Russo, who says he is Habit’s “most loyal customer.” Find it at Larchmont Wine; Everson Royce in downtown L.A. and Pasadena; Silver Lake Wine; Beverly Hills Cheese; and on wine lists at Redbird; the Black Cat in Silver Lake; A.O.C.; and Union in Pasadena. 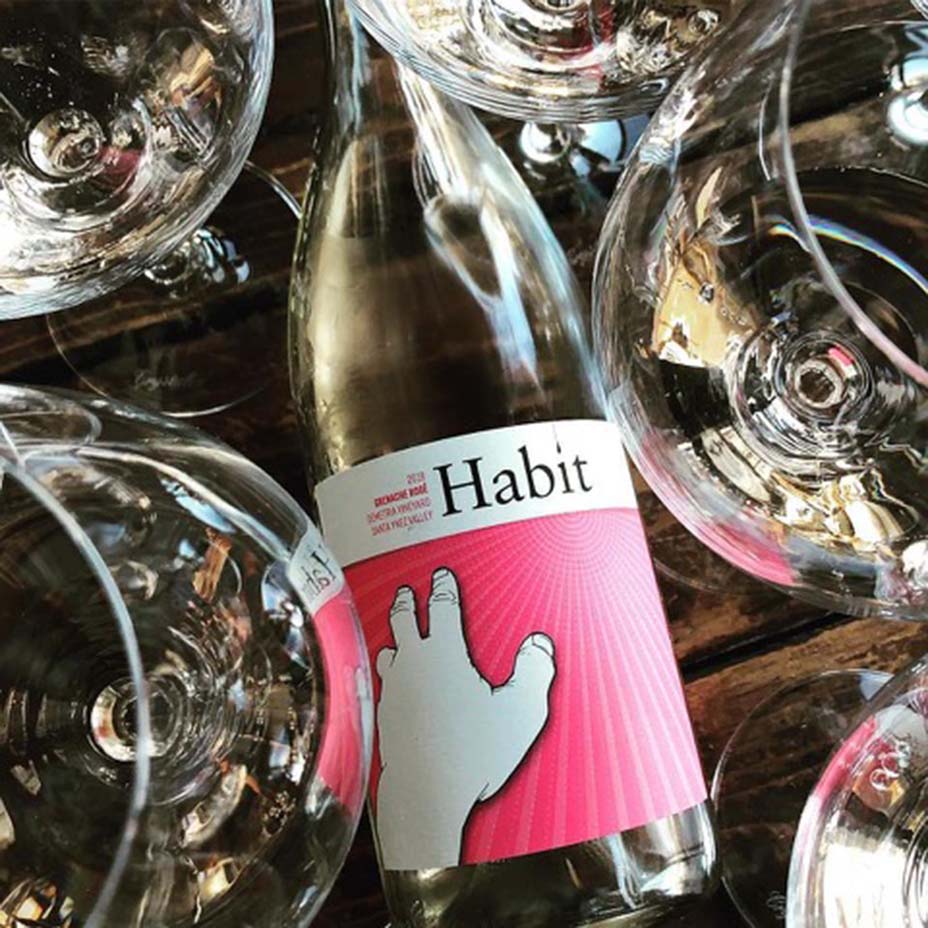 2018 Bodvar No. 5 Rosé
Malin Akerman didn’t just attend the National Rosé Day celebration hosted by Bodvar House of Rosés, the actress served the 2018 Bodvar No. 5. Rosé ($50) at her Tulum, Mexico, wedding in April, and the hue matched her blush-toned Cushnie gown. Made in a true Provencal style, this pale pink wine has aromas of citrus and white flowers and pairs well with crisp salads and chilled seafood.

2018 Studio by Miraval Rosé
Despite their breakup, Brad Pitt and Angelina Jolie still co-own the Miraval label, which has recently released a new rosé, just in time for summer. A blend of Cinsault, Grenache, Rolle and TIbouren grapes, Wally’s Christian Navarro says that the 2018 Studio by Miraval Rosé ($18) is a crisp, clean and easy-drinking wine for warm days and nights. It is named after the studio on the Miraval property in France where Pink Floyd, The Cure, Muse and many more have recorded albums, and fans of the wine include George Clooney.

2018 Hampton Water
Jesse Bongiovi, son of rocker Jon Bon Jovi, has finally brought his wildly popular 2018 Hampton Water rosé west. Made in France with a blend of Grenache, Cinsault and Mourvedre grapes, the hints of strawberry, cherry and melon make the $21 rosé a crowd-pleaser for backyard parties. It’s been making a splash with stars including Miley Cyrus, who attended the West Coast launch party in March, as did Irving Azoff, Robert Kraft and Dakota Fanning.

Lady A Rosé
What’s everyone sipping at Soho House, one of Hollywood’s favorite private clubs? Bar manager Jenna Webster suggests several pinks for members throughout the summer, including Robert Sinskey’s 2018 Vin Gris of Pinot Noir ($30), which she says has the aromas of chamomile and peach, lovely for warm days. However, the house Lady A rosé is so popular that people asked to stock it at home ($195 for six bottles). “With tropical fruit aromas, raspberry notes and a bright finish, it’s a go-to choice to enjoy by the pool or, for our Malibu members, by the ocean,” says Webster. 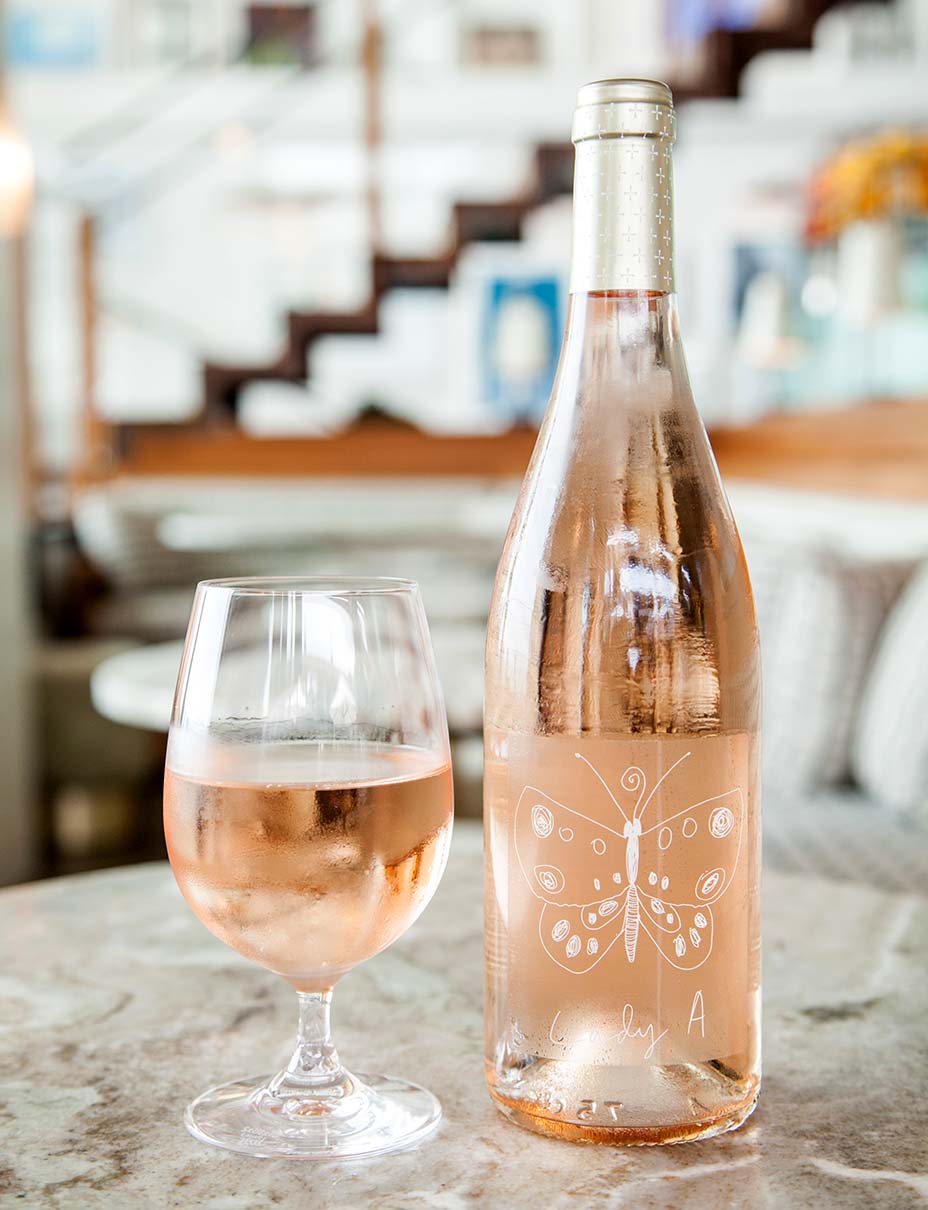