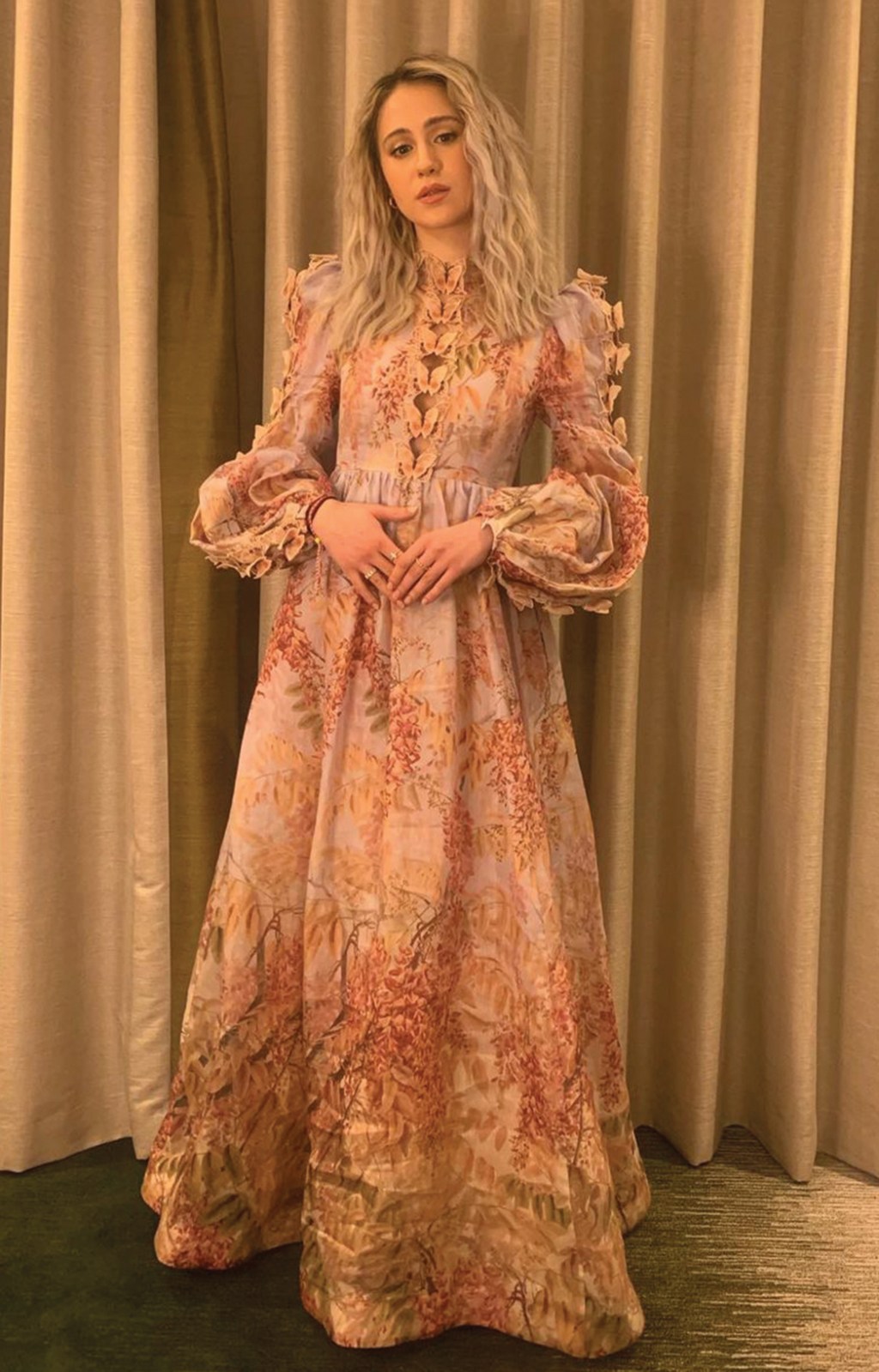 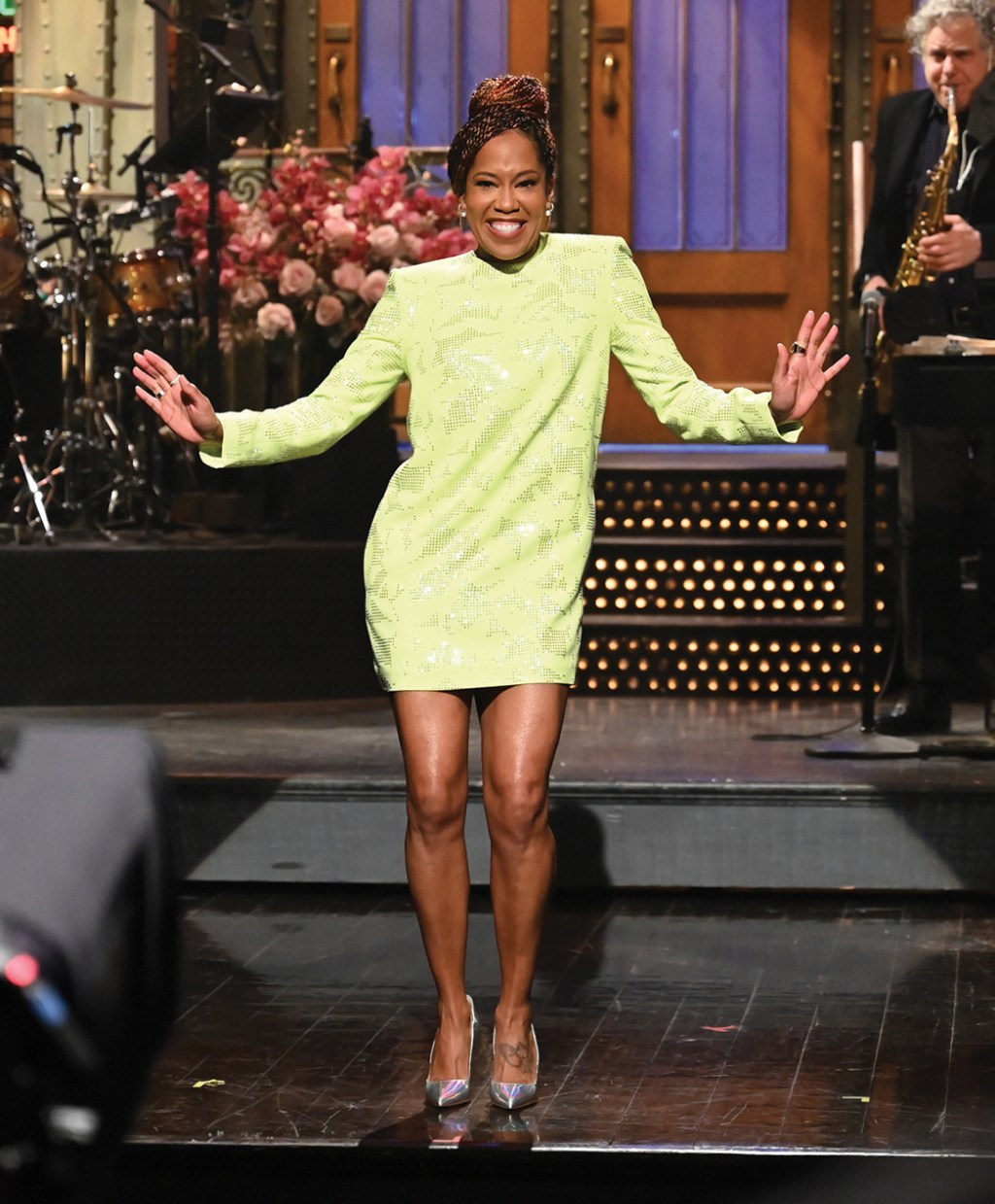 The One Night in Miami director was in sync with longtime stylists Wayman + Micah in wanting to find a bold look to “pop” during her Saturday Night Live hosting opener in February. “What says ‘spring’ more than color?” says the duo (via email), who landed on a sparkling floral shift by David Koma in highlighter yellow. Comfort, however, remained key. “We wanted to make sure she felt confident and like herself. It was an easy dress but still gave attitude.”

Viola Davis on Her Work-Life Balance in Hollywood: "I Haven't Figured It Out Yet" 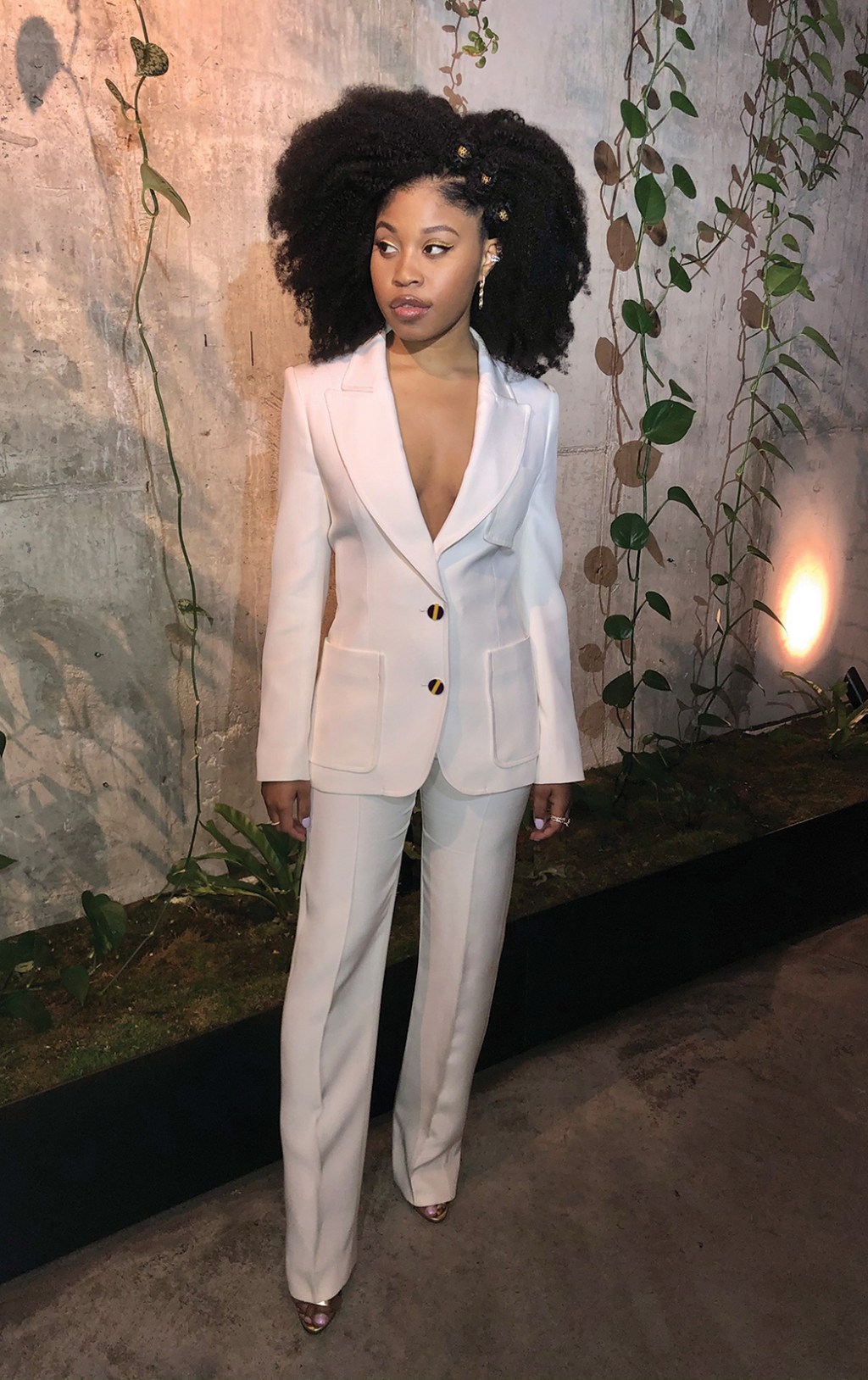 “Dom, she likes a little bit of an edge,” says stylist Madison Guest, who dressed the breakout star of the best picture-nominated Judas and the Black Messiah in a white Louis Vuitton pantsuit for her first Jimmy Kimmel Live! appearance. The monochrome suit, which she wore shirtless, is accented with vintage-inspired gold and purple buttons. Says Guest, “It pops and draws attention similar to a bright color, but it feels so much more effortless.” 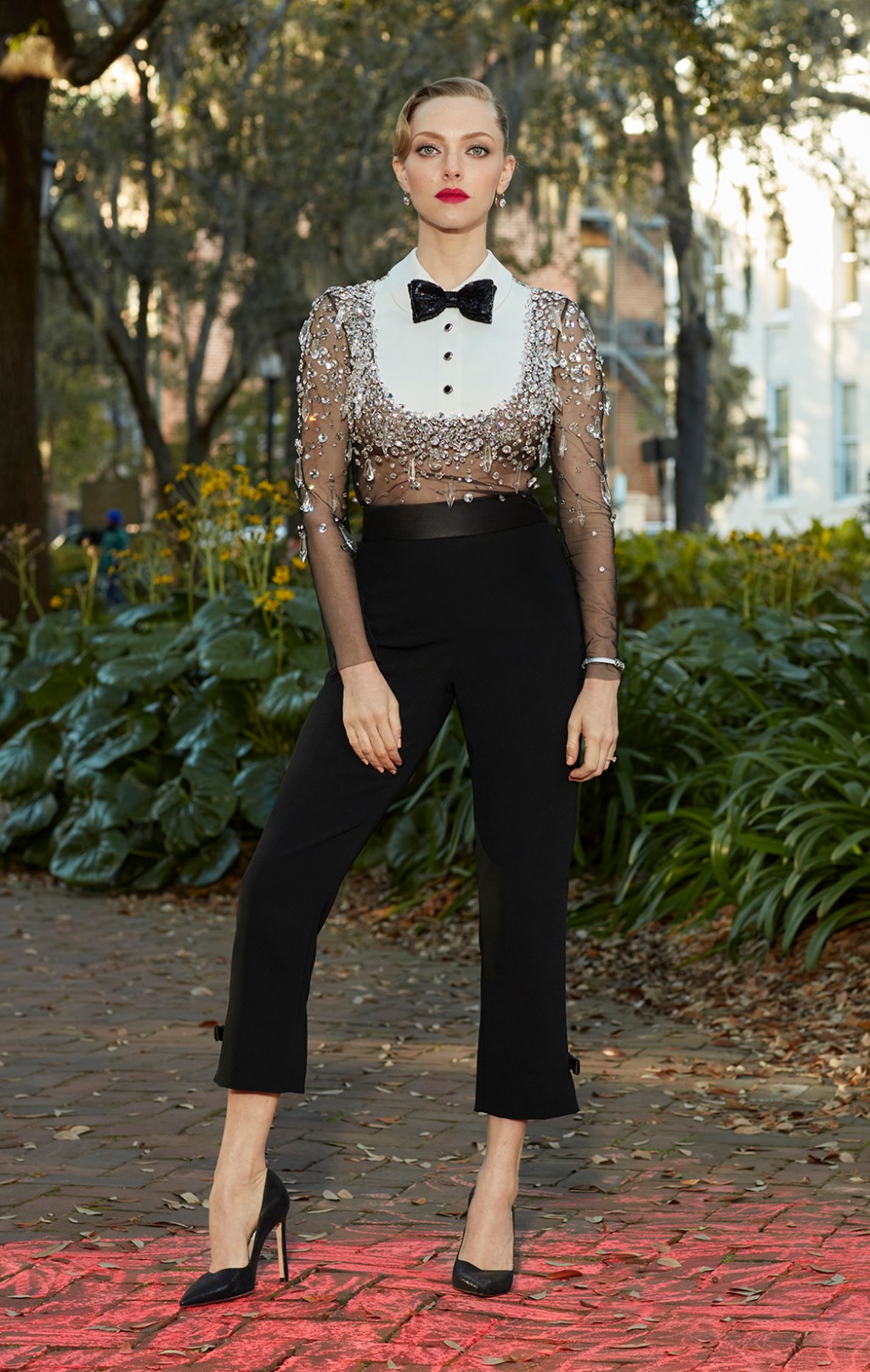 “If it was a cocktail, maybe mix one part Garbo in The Saga of Gösta Berling with two parts Liza Minnelli in Cabaret, and add a dash of Charlie Chaplin,” says stylist Elizabeth Stewart about this glam, modern take on a tux by Miu Miu for the Critics Choice Awards. Seyfried’s crystal-embroidered ensemble also celebrates her role in Mank, for which she received a best supporting actress nom. Says Stewart, “Marion Davies would have worn this look.” 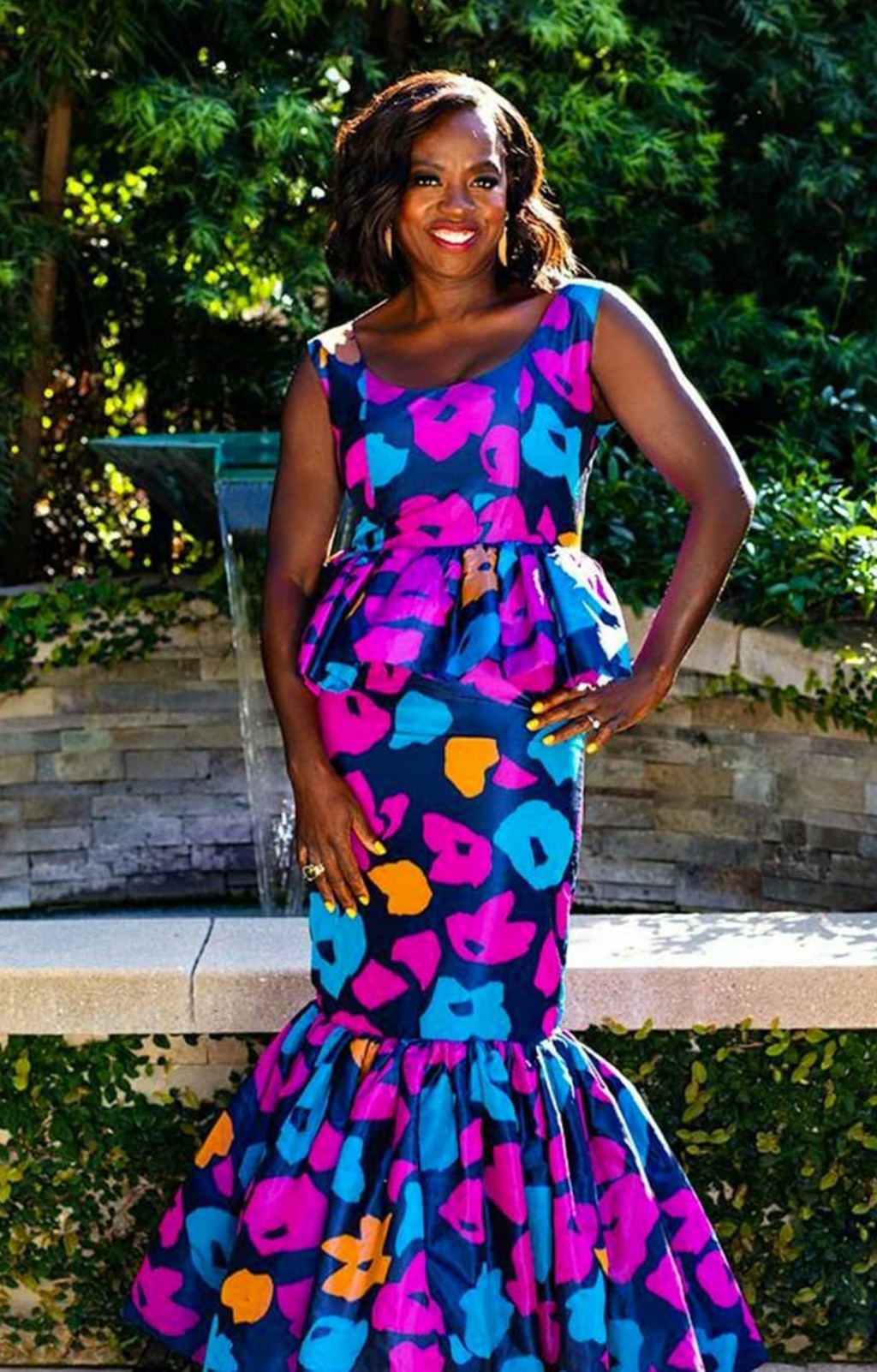 “Duro Olowu is one of my favorite designers,” says Stewart about styling the Ma Rainey’s Black Bottom star and best actress nominee in a floral gown by the London-based designer for March’s NAACP Awards. Olowu’s vibrant print, combined with the sculptural tiers of ruffles, feels especially exuberant for the season. Says Stewart, “It meets ‘spark joy’ criteria, which is a big spring trend — probably as an antidote to the pandemic.”