For director Jay Roach, one scene in his new film Bombshell — about the downfall of Fox News’ Roger Ailes for sexual harassment — encapsulates the network’s pressure-cooker atmosphere when it came to women and dressing. “Women are squeezing into tight short skirts, push-up bras and uncomfortable shoes, even as they are being pressured by outside journalists on the phone to explain a rumor that Fox women aren’t allowed to wear pants,” he says. 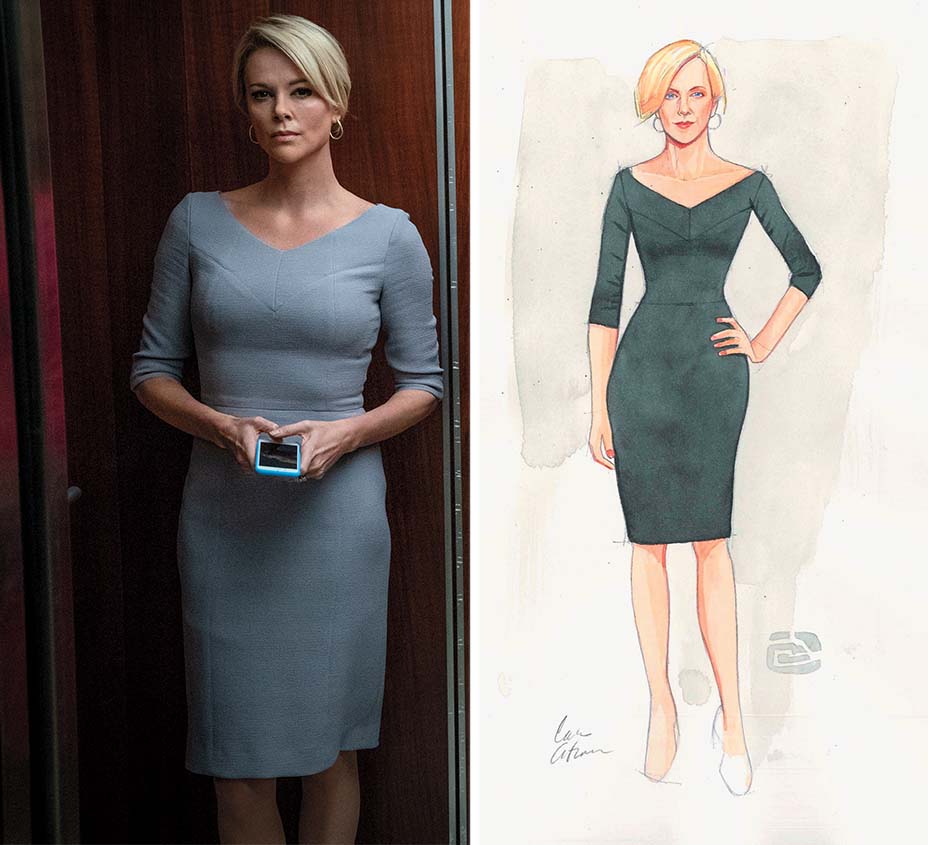 For the $35-million film, costume designer Colleen Atwood watched hours and hours of Fox News footage. “On Fox, its blond, blond and more blond,” says the four-time Academy Award winner, noting that “Ailes started the idea of short dresses and skirts, coiffed hair and makeup for the news presenters.” Adds Roach: “Roger truly believed in sex appeal to sell even hard news. The early working title of our film was Lucite Desk, after the clear desks they sat behind.” 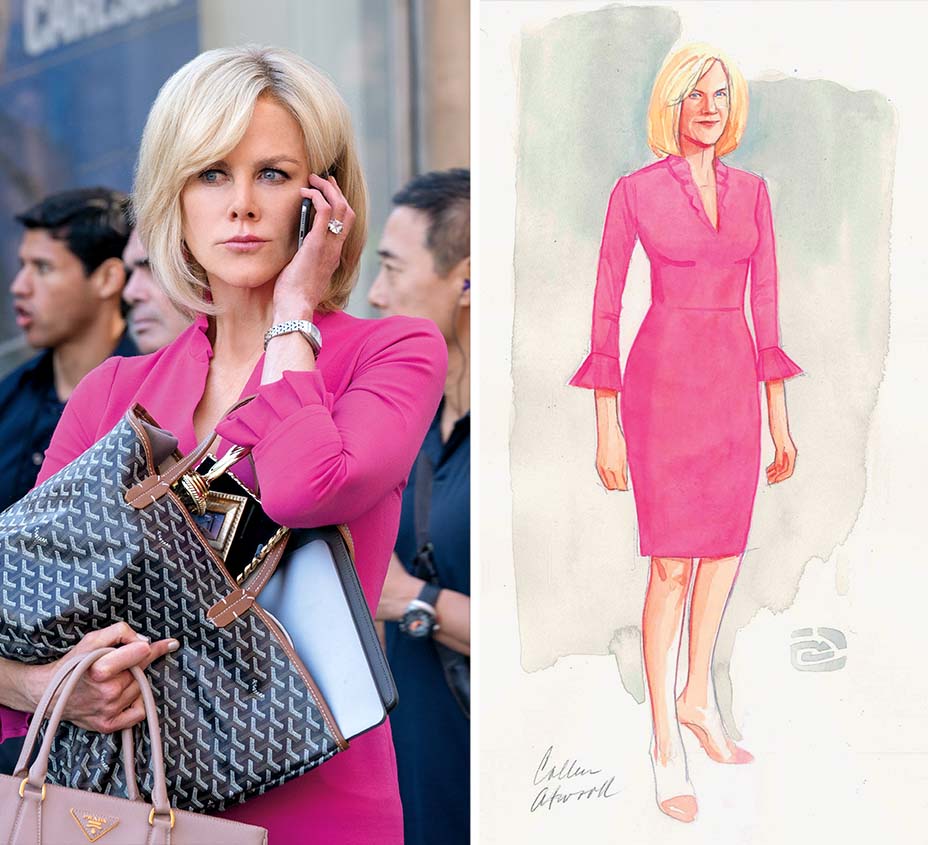 For Charlize Theron’s portrayal of former anchor Megyn Kelly, Atwood says, “I saw Kelly as a sleeker character. She is a little more sophisticated than the other girls.” When it came to dressing Nicole Kidman as former anchor Gretchen Carlson, Atwood showed her in bright makeup and clothing early on, but as the story progresses and Carlson works to expose Ailes, “her clothes are less colorful and we see her more outside of Fox News.” Since Kidman is taller and thinner than Carlson, Atwood added subtle pads to the actress’ hips to evoke Carlson’s curves.

“Not polished at all” is how Atwood describes Margot Robbie’s character, a fictional news producer who comes out of regional news. “We see the sort of branding of Fox News as her story progresses,” says Atwood. 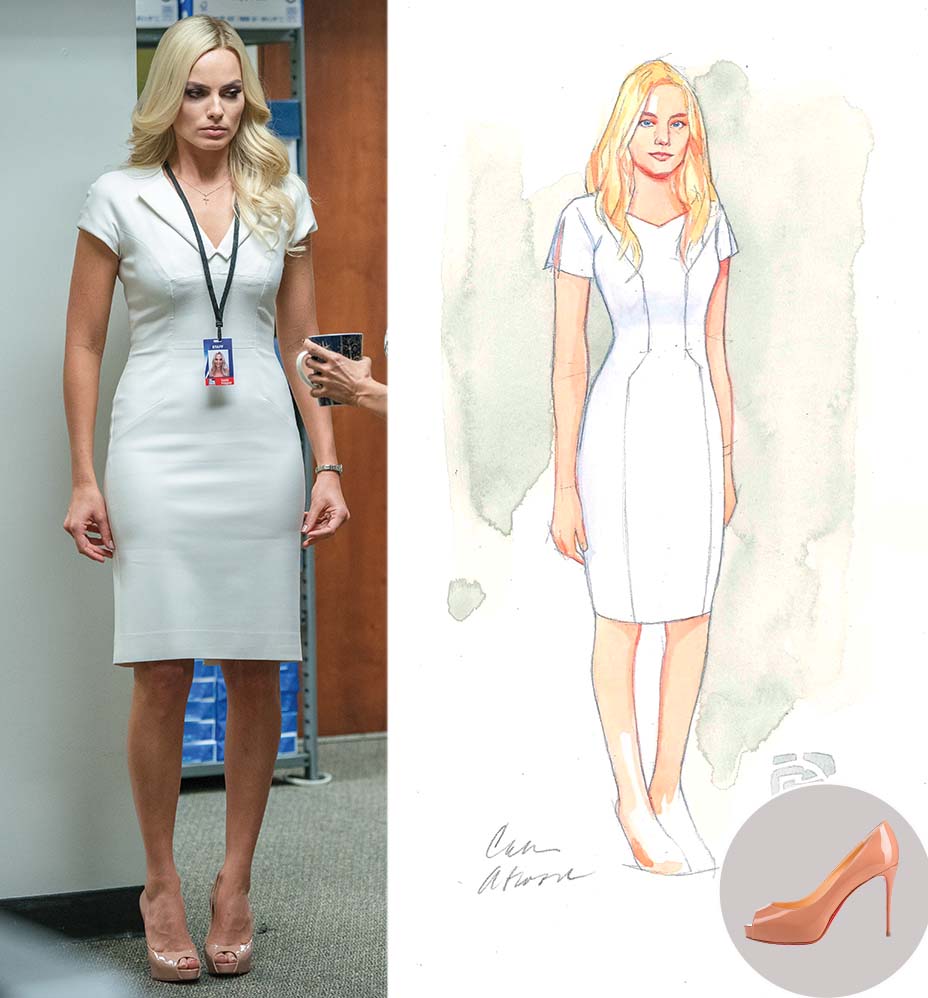 Classic sheaths were the order of the day. Atwood found some pieces that she “had taken in at the bottom to make them look dated” and had others made “in a variety of strong secondary colors that look good on television.” While Atwood shopped at Nordstrom and Bloomingdale’s along with the costume houses at Warner Bros. and Universal, three-quarters of the costumes were custom. She notes that Fox News “also had a fondness for the nude high heel shoe as it served as a leg extension.” Brands used in the film include Christian Louboutin and Gianvito Rossi.

Roach recalls the first time he saw Kidman and Theron in character: “Their looks just dropped my jaw to the floor. Colleen is one of the wizards who helps her actors not only look amazing but also magically shape-shift.”