When Chuck James, founding partner and senior motion picture talent agent at ICM Partners, started in the entertainment business in the early 2000s, talent agencies still embraced conformity. “If you were not in a dark suit, red tie, black shoes and black socks, you stood out like a sore thumb,” he says. “It was about falling in line and being conservative.” James, who began in the mailroom a little later than most after playing competitive tennis, distinguished himself by wearing items like a black-and-white hounds­tooth shirt (“I was able to cobble together enough to buy an Etro dress shirt,” he says). “Now, over the last decade, but more so the last five years, Hollywood has opened the door for people to have their own personality,” says James, who reps Game of Thrones‘ Carice van Houton, Megan Fox and Linda Cardellini. “It’s looked on as a plus and not a detriment to your career.”

Known for his forward take on fashion, James wears everything from the latest Gucci runway couture shirt, to a linen suit with tennis shoes (not sneakers, a holdover from his tennis days), to his mother’s diamond pins on his tuxedo lapel for the red carpet. “I don’t even like to stand next to the guy,” jokes client Meredith Vieira. “He’s the epitome of cool but doesn’t look like he is trying.” Adds Westworld‘s Rodrigo Santoro, a client: “This guy stands out in a town of stylish people because he savors all the details — the pocket handkerchief will be the right tone, the collar, the socks, the tie will pick up on something else. The word is ‘impeccable.'” 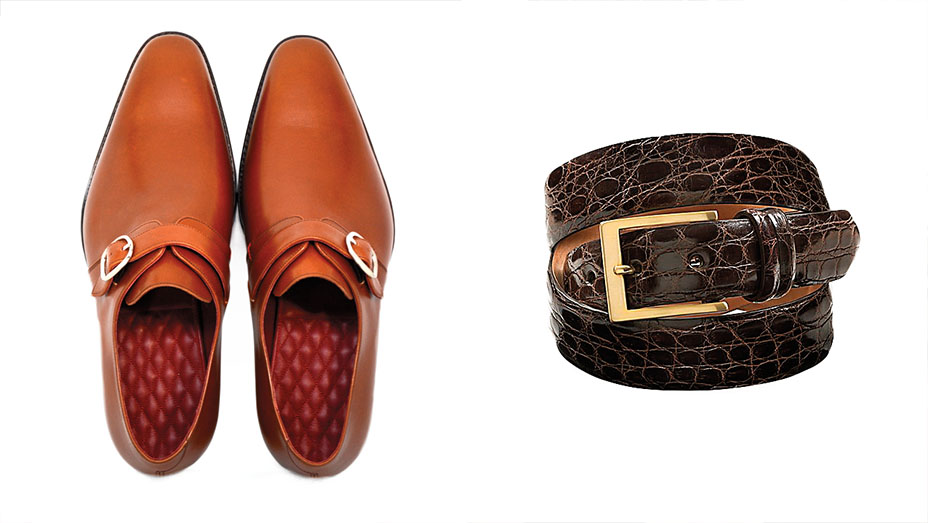 Such authority has led to James becoming the de facto style mentor to a generation of ICM agents, trainees and mailroom interns. “What I have learned from Chuck is: People get a sense of you when you walk into a room, so your style should say who you are and that you have shown up,” says a “mentee,” agent Andrew Kurland, whose young roster includes American Horror Story‘s Taissa Farmiga. “It’s become competitive in trying to outdo one another in being original and creative while still toeing the line,” says James, as he details what goes into a winning look on a budget more entry-level than power player.

“Suits that don’t fit ruin your first impression,” says James, who learned the importance of tailoring from seeing the results for actor clients. “If a suit’s not tailored properly, it makes you look disheveled, unconfident and twice as heavy as you are.” His tailor of choice is Art Mark, the proprietor of Beverly Hills Tailoring (9451 Charleville Blvd., Beverly Hills). “Art’s the best tailor in L.A. — and reasonable. He can take one of the $300 Grand Frank linen suits I buy to augment my wardrobe and make it look like a $3,000 suit” (GrandFrank.com).

In the era of ankle-baring men’s trousers and shrunken Thom Browne suit jackets, don’t overdo it: “There’s what I might call ‘extreme tailoring’ — guys’ suits with pants so short or jackets so tight that they can’t even move,” says James. “You have to make sure you can sit and stand and not look like you’re trying too hard.”

No Need to Try On Suits

For a disruptive take on traditional bespoke tailoring, James recommends both the look and price points of Articles of Style, an online retailer founded by former style blogger Dan Trepanier. Working only with American manufacturers, the suits are fitted via a sample garment sent to the customer created via an algorithm and then analyzed in photos before a final garment is cut. (from $1,095; ArticlesofStyle.com). Per James’ advice, “I literally threw out my other suits and got nine of these,” says agent Kevin Hussey, who works with Katie Holmes and Jeff Goldblum among other clients. “I even got married in one of their tuxedoes. There is no lining or shoulder pads in these suits, so it keeps you nice and comfortable.” 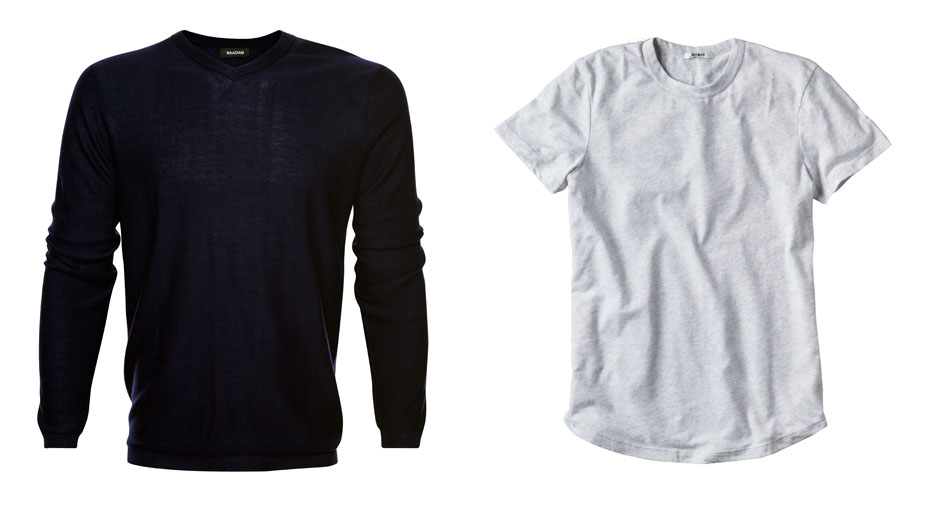 For inexpensive, well-made button-downs, Charles Tyrwhitt, a British shirtmaker with a flagship on London’s Jermyn Street, makes its offerings easy to order online. “I like the spread-collar dress shirt,” says Hussey, which “comes a couple of days” after ordering, perfect for red carpet procrastinators (slim-fit dress shirt, from $69; CTShirts.com).

“If I were an artist, I wouldn’t sign with someone who had bad shoes,” says James, half jokingly. “One of the male species’ worst lack of abilities is buying shoes. You still see those extreme square toes that have been ‘out’ for a decade on guys who have somewhat of a good suit on.”

The agent is partial to Gucci and Ferragamo for his own footwear, but there are many options for up-and-comers, from online retailer Cobbler Union’s monk straps and lace-ups ($395; Cobbler-Union.com) to Allen Edmonds lace-ups, which agent J.R. Ringer describes as “a great middle-of-the-week go-to” ($395; 10250 Santa Monica Blvd.). “Even if you can afford just one pair of amazing shoes and wear them every day, make sure that they’re polished and change out the laces. People will think you have new shoes on every day,” advises James.

As for belts, he says, “most guys buckle them too tight, or even worse, too loose. They’re always too wide” and are not considered the investment purchase that they should be. He suggests the handmade crocodile belts at Scully & Scully that retail for a fraction of the price of $2,500 models from top designer maestros ($265; ScullyandScully.com). 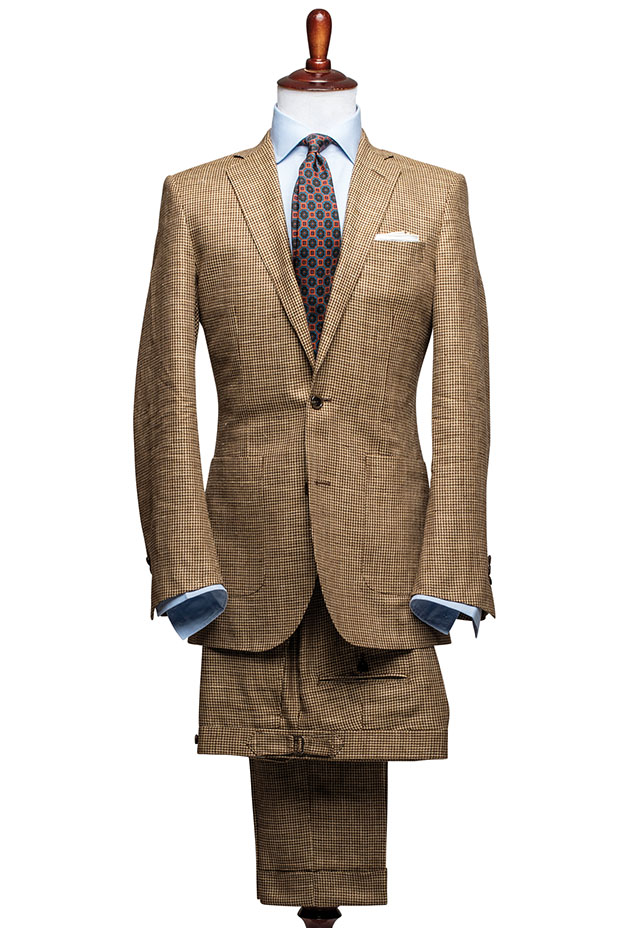 Stand Out With Accessories

“Since we’re wearing suits and ties five days a week,” says Ringer, “it’s important not to wear shirts and ties from the same store or brand, or fall into a rut and look the same every day.” (Charles Tyrwhitt has dapper ties from $49, a great resource considering agencies are the last bastion of the mandatory tie in Hollywood.) The agent who reps Lucy Hale, Jay Duplass and Lil Yachty will sport a muted tie with a more colorful suit, or vice versa.

California company Garrett Leight makes eyeglasses that are a twist on the classic 1950s Ivy League vibe (from $335; 165 S. La Brea Ave.). “Accessories should be worn in moderation — they shouldn’t detract or make you feel uneasy,” says James, citing such fast-moving trends as “the attack of the killer flower lapel pins” during last year’s awards season or chunky, sporty sneakers with suits, which “look like a nurse working at a hospital.”

No Big Meetings? Not a Suit Day

“When people come to California, it’s very confusing and they tend to wear sweaters that are too hot or not warm enough,” says James, a Florida native. Naadam’s cashmere pullover and cardigans, good for an agency retreat, “are the perfect weight and as good a quality as I’ve seen at the highest-end designer stores” (V-neck; $125, Naadam.co). Venice-based Buck Mason is recommended for T-shirts (curved hem tee; $28, BuckMason.com) and Kith, a wildly popular NYC sneaker retailer, for “upscale kicks that also can look great with suits,” says James (from $135; Kith.com). For most everything else, Grand Frank, a Swedish online menswear company, delivers quality at affordable prices. Says James, 47, of a $290 jacket made of handcrafted leather from Italy: “The suede bombers look and feel like they cost 10 times that.” 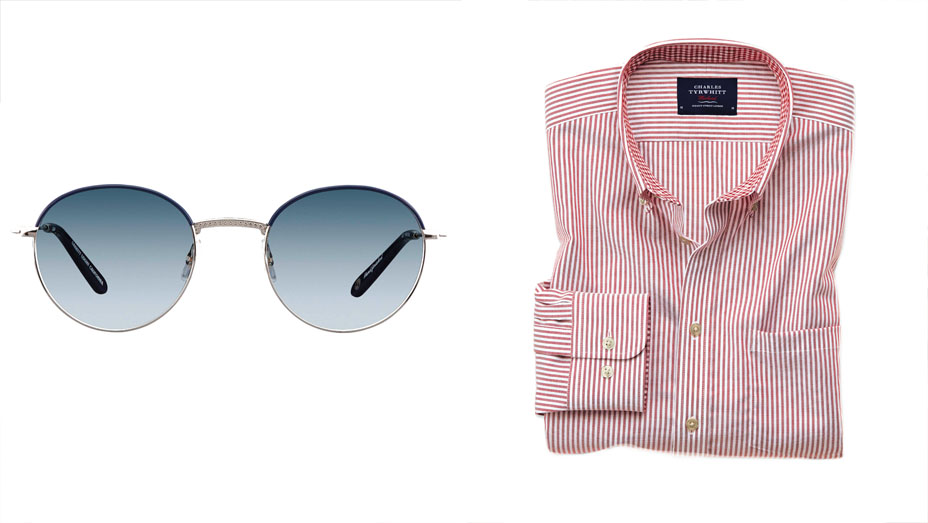