For better or for worse, the super-stretchy, second-skin look of the jegging (that would be the jeans/legging hybrid) is slowly falling by the wayside. In its place, raw and selvedge denim in styles oddly named after various relationships — the mom jean, the girlfriend jean and, of course, the classic boyfriend jean — are on the rise. Cutoff shorts made from thick, vintage men’s Levi’s are also becoming the go-to summer uniform for everyone from Rihanna to Gigi Hadid.

However, with the looser silhouette, as well as the often-stiff material, comes the issue of fit. While you may have been able to squeeze into 90-percent-spandex skinnies with relative ease, the new look requires razor-sharp tailoring to prevent gapping at the waist and achieve the optimal, curve-accentuating fit.

But don’t worry, it’s definitely doable. Observing Karyn Hillman, Levi’s chief product officer/unofficial denim magician, in her element — snipping, pinning and nipping — for just a few minutes as she customized denim shorts for Coachella festivalgoers at the Levi’s brunch in Palms Springs this past weekend, turned even a denim dreader (me) into a believer that, hey, maybe shopping for jeans doesn’t have to be terrible after all.

Here, Hillman shares a few of her tips for creating the “optical illusion” of that coveted hourglass shape and a perky “Levi’s butt.”

Step 1: Find the right pair to work with.

If Coachella street style has taught us anything, it’s that the denim-cutoff-shorts trend isn’t going anywhere this summer — just ask Rihanna, who styled her Gucci pair with a bedazzled bodysuit.

But picking up a vintage pair isn’t always love at first sight. Instead of finding the Cinderella style, a nearly impossible feat at flea markets and vintage stores, Hillman recommends seeking shorts (or even full-length jeans) that hang just-so on the hips.

“We always start with where someone wants to wear it on their waist,” says Hillman, who joined Levi’s in 2013 after stints at Calvin Klein and Gap. “Do they want it really high-waisted? Do they want it mid-waist or low-slung? Do they want it pinned-in and snug or kind of relaxed? Once you determine that, you can customize the hem to flatter the person’s shape.”

If, however, you’re more of a pear shape and have difficulty finding a pair that fits snugly on the waist without suffocating the thighs, opt for a pair that fits comfortably around the leg, as a tailor can always take in the waistband — even as many as 2-3 inches.

Step 2: Tailor them to fit.

After perfecting the fit of the waist comes the fun part, what Hillman refers to as “molding” the denim to the wearer.

“A lot of times, the short is a little long on someone for whichever style they chose, so we’ll cut the bottom hem and angle it upwards to give it a nice line and silhouette,” says Hillman, adding that the most flattering fit accentuates the hourglass shape by hugging the waist and flaring out a bit at the thighs. When it comes to short length, a hem that hits at the widest part of the thigh is a flattering look; however, it’s ultimately about what the wearer finds most comfortable. From there, Hillman says, “I usually [cut] upwards on an angle, about half an inch to an inch.”

She adds that creating the perfect hem can be DIY’d, however: “Tailors are really trained on how to do that, and they know the shape of a leg and shape of the behind to make sure that it comes out even.”

Other customizations include creating small slits in the side seam so that the hemline rolls upward for an effortlessly cuffed look. “I find that releasing the seam a little bit is really flattering because it opens it up and gives the leg a little more room,” she says. “If shorts are slim [-fitting] on top and have a little room at the bottom, it creates a bit of an optical illusion, flattering the leg.”

The finishing touch that truly makes it look as though the shorts were made for the wearer is really quite simple. “We mist the denim with water — maybe throw it in the wash for a minute — and it really starts to mold to the wearer and curl a bit at the thigh,” explains Hillman. 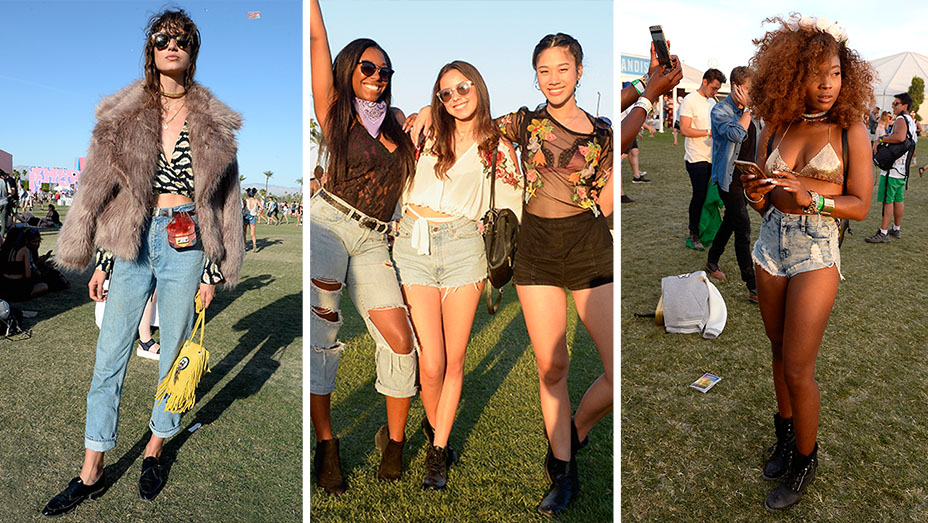 If the worn-in, cuffed look isn’t your style, a raw hemline is another easy trick of the trade for both cutoffs and cropped jeans. “If you just slice jeans with a pair of scissors — hopefully ones that will really cut— you can just whip the jeans, or slap them across a hard surface, and the yarns of the denim will kind of pop out,” says Hillman.

At the customization event, Hillman and other members of the Levi’s team were seen slapping jeans across metal tables and chairs — even a tree, at one point.

Again, for those who suffer from the too-tight-in-the-backside, too-loose-at-the-waist syndrome, look for a pair that fits snugly on bum, as a tailor can cinch in the waist to create that sought-after hourglass shape.

“What you really can’t shift too completely on your own is the hip and the behind,” says Hillman. “If you can get that to fit you perfectly, you can really do a great job customizing and tailoring the rest of the jean.”

Denim resources: Where to buy, where to tailor

Secondhand stores are usually overflowing with vintage Levi’s, though some places have a wider selection to pick through, like the Rose Bowl Flea Market, held the second Sunday of every month, and smaller vintage stores, like Foxhole in Silver Lake, Collection in Echo Park and Denim Revival — which also provides tailoring services — in West Hollywood.

There are a few shops across Los Angeles that specialize in denim tailoring, including Denim Doctors on Beverly Boulevard and Rufcut on Santa Monica Boulevard. This May, Levi’s is also opening its very own tailor shop within its Santa Monica store, where customers can purchase jeans first and then have their products tailored to perfection.