The season finale of HBO’s hit show Big Little Lies brought the drama — finally revealing the murder (no spoilers here!) and the incredible party looks that have been teased every week in the opening credits. Here, Big Little Lies costume designer Alix Friedberg breaks down the final looks from the party scene that took place during the local school’s Audrey Hepburn- and Elvis-themed trivia night fundraiser.

Madeline Martha Mackenzie’s (Reese Witherspoon) simple white button-down, eye mask and tassel earrings are reminiscent of the sleep attire worn by Holly Golightly (Audrey Hepburn) in Breakfast at Tiffany’s — how did it come together?

Madeline’s sleep mask was ordered on Etsy ($30, earring/earplug customization available by The Sleepy Cottage), we added the gold false eyelashes. The earrings were made from a set of earplugs that came with the mask. Her shirt was a long white oversized Celine shirt that we tailored and adapted with black tuxedo buttons. 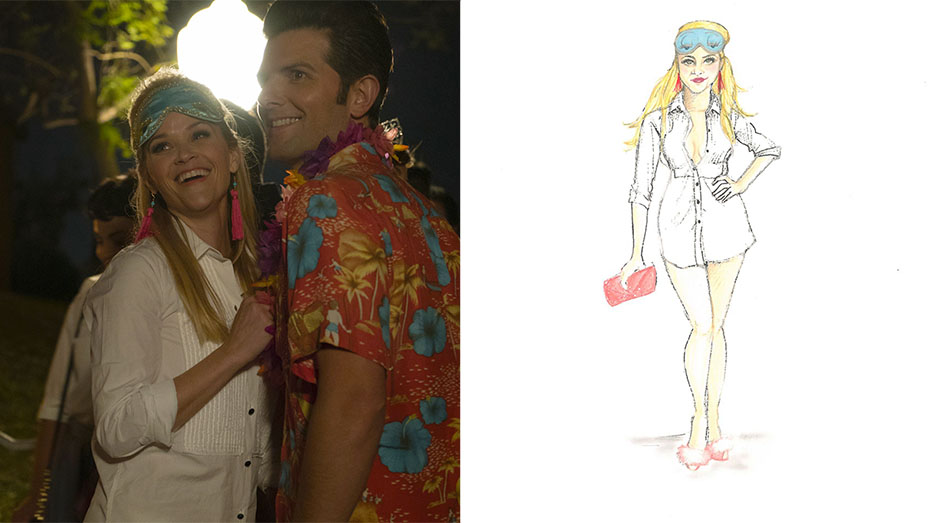 Celeste Wright (Nicole Kidman) was wearing a version of Hepburn’s classic Breakfast at Tiffany’s little black dress. Could you break down her look?

Celeste is dressed in a regal version of the black dress, tiara and pearls in Breakfast at Tiffany’s. Her dress was custom-made for her from atelier Anna Maier. Her gloves were from Cornelia James in England ($168), and pearls from Brooks Brothers ($398). 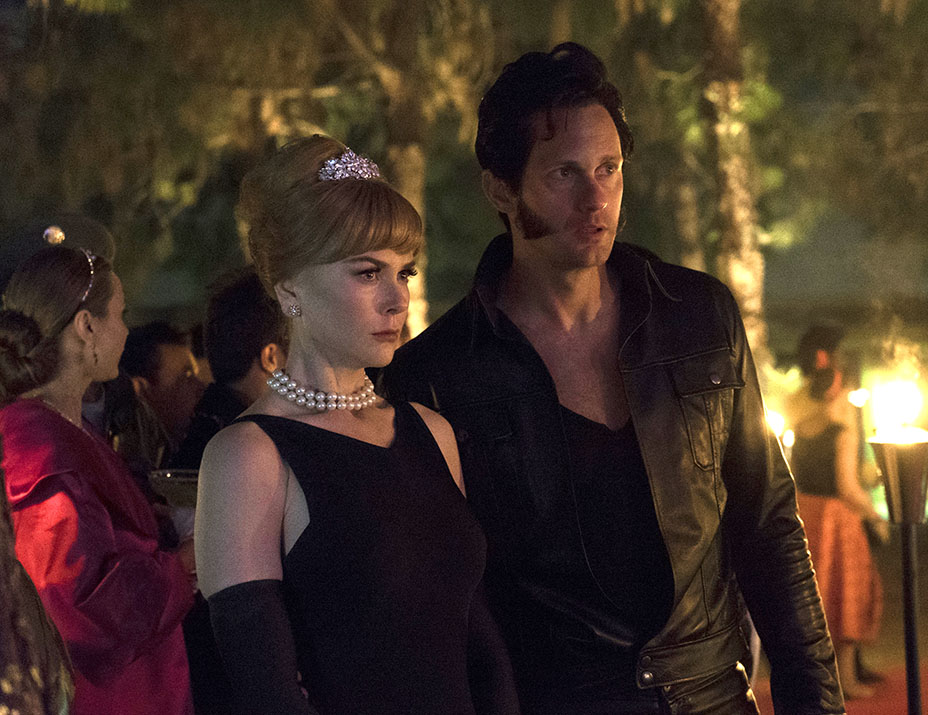 Jane Chapman (Shailene Woodley) wears a casual California-classic wardrobe of Gap and Madewell staples — where did she buy her dress for the party?

Jane borrowed a dress from Madeline; she also dresses in the iconic version of Holly Golightly in Breakfast at Tiffany’s. 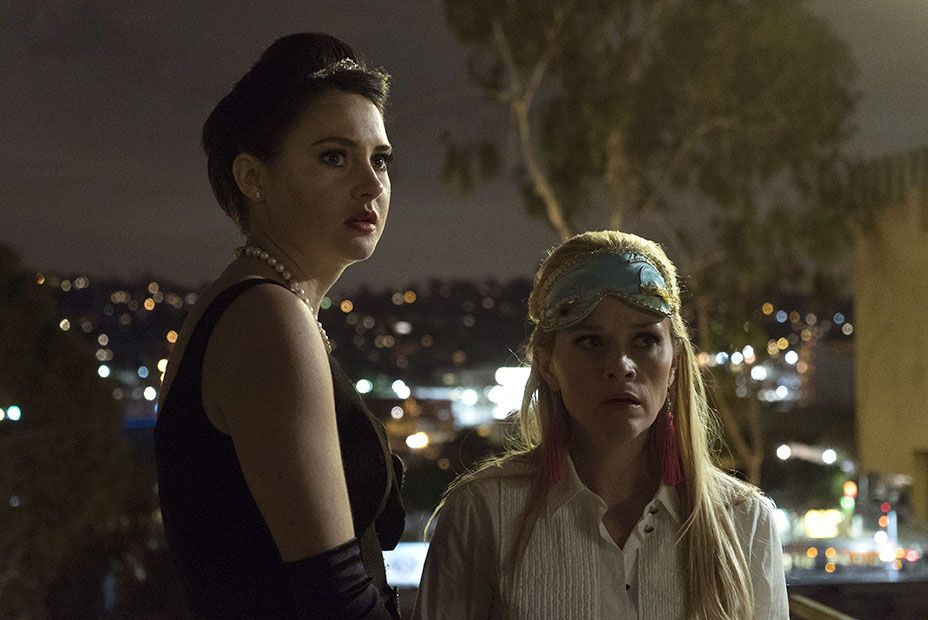 Renata Klein’s (Laura Dern) My Fair Lady ascot dress looks stunning. Was this something purchased or made? Is she wearing an ascot or hat?

We started with a lace wedding gown custom made for Laura (also by Anna Maier). We added the pleated organza cuffs and black-and-white ribbon and bows. The hat was custom-made by the wonderful and talented Louise Green. It was perfect. Her interpretation of the ascot dress was hands-down my favorite look on the show. 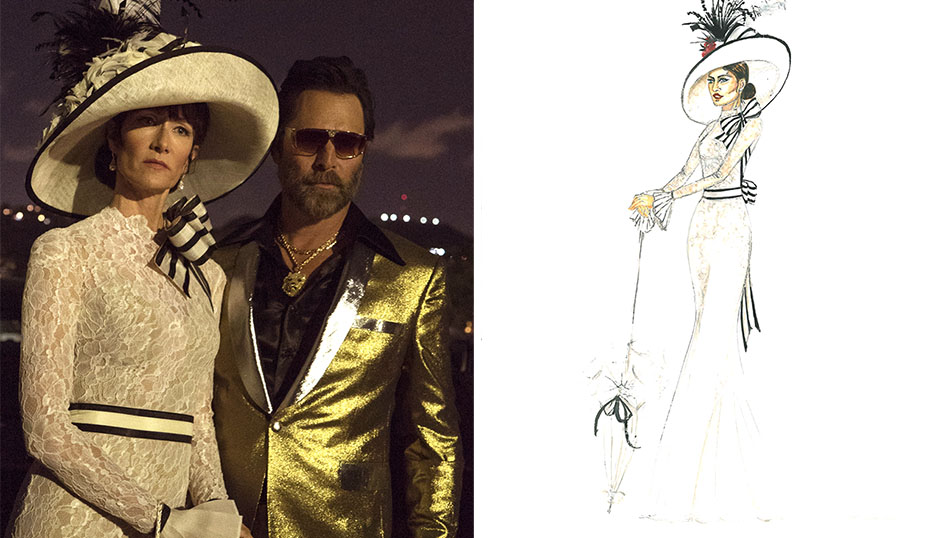 Can you break down Bonnie Carlson’s (Zoe Kravitz) party look with credits?

Bonnie’s look was inspired by Hepburn in My Fair Lady. We did a bohemian version. We started with a vintage sari and created a dress with it; the jewelry we found in Artesia (Little India), where they have the most beautiful layered costume pieces. 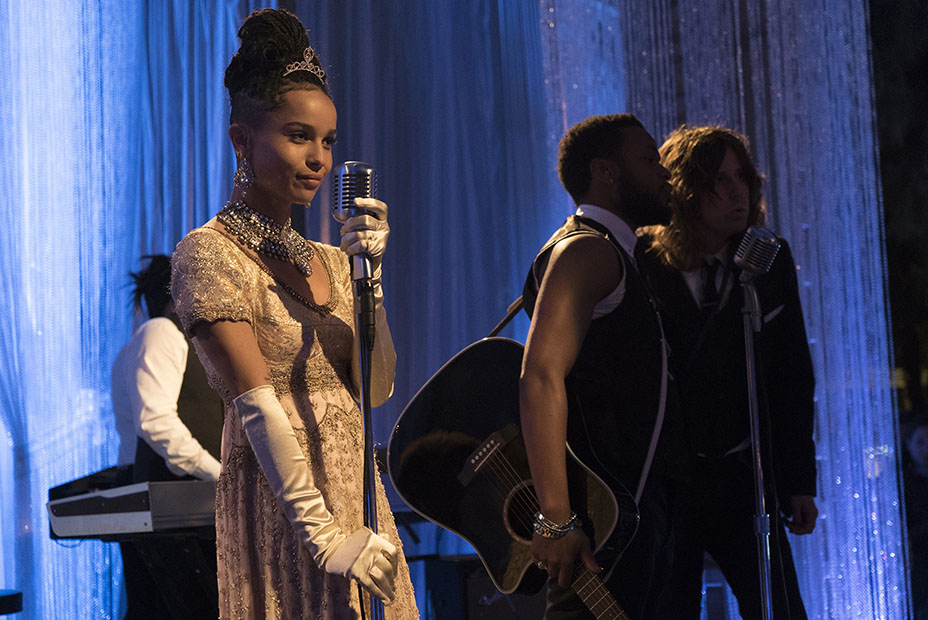 How to Do Monterey, California, Like HBO's 'Big Little Lies'