When Hollywood A-listers travel, it’s not only to Lake Como and Los Cabos. They go off the beaten path, too. The latter is almost more appealing to some who seek solace and near anonymity. And Guatemala, the Central American country tucked under Mexico, is the perfect place for that.

In many parts, like around Lake Atitlan, locals have no clue who’s on the cover of the latest tabloid or fashion magazine. It’s undoubtedly part of the reason the likes of Charlize Theron, Sofia Vergara, Morgan Freeman and Padma Lakshmi have visited — that and the bounty of gorgeous and intimate luxury boutique hotels.

There are a few key stops that should be part of any luxe Guatemalan vacation. Lake Atitlan, which landscape wise resembles a Spanish-speaking version of Lake Como — only with a few less ritzy resorts — is one. It’s where Relais & Chateaux’s Casa Polopo draws the aforementioned celebs for serious R&R with a side of socially-minded tourism. Around the wide blue lake lined by three volcanoes are villages and towns each with their own identities and indigenous dress traditions (the vibrant weaving is seriously covetable). One is known for meditation houses, another for painting, one for ceramics and another for its nightlife.

Santa Catarina Palopo down the hill from the hotel is now becoming known for an empowering community painting project that is transforming it from a typical lakeside village into a blue, green and pink pop of color and creativity. Pintando Santa Catarina Palopo aims to paint its more than 900 houses and buildings using designs from the richly woven huipil blouses women wear (inspired by a project by two Dutch artists in the favelas of Rio de Janeiro). 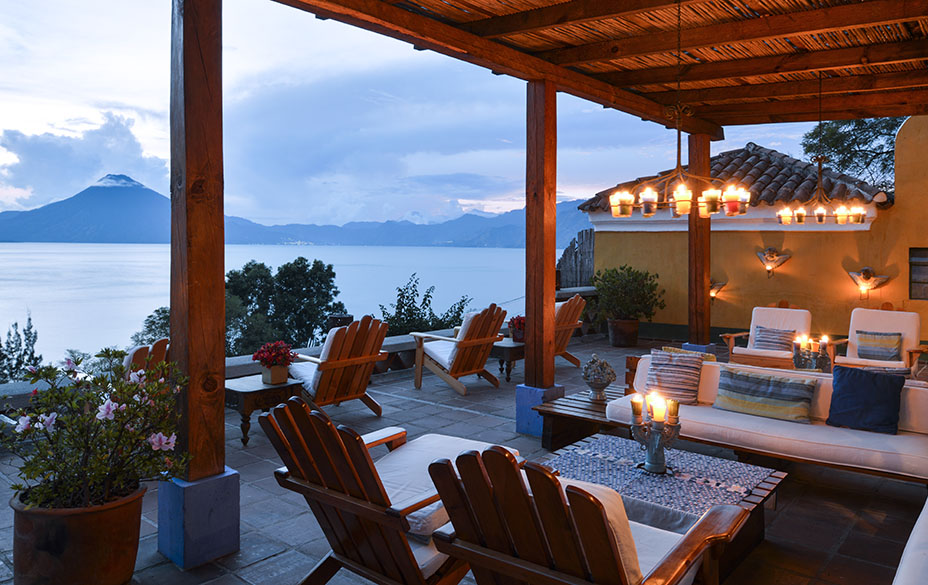 At Casa Palopo, where A-listers can and have flown in from Guatemala City by helicopter (the main airport is a five-hour flight from LAX), views of the color-changing lake are epic. So are breakfasts, which were surely savored by Bill and Melinda Gates, Rupert Murdoch, Theron and Lakshmi, who visited with her daughter and got involved with helping local lake towns.

The property just added six more expansive lake-facing rooms (bringing its grand total to 15), plus a gym and spa. Along with a massage, guests can book sessions with a Mayan shaman, and 2018 will bring an igloo-like temezcal for sweat ceremonies. The food served on the blue terrace of 6.8 Palopo, created by talented executive chef Mario Andre Miralles, is a true draw. The Guatemalan foodie elevates local traditions, not to mention 75 percent local ingredients, to the next level using his French training and ingenuity.

Antigua, the 16th-century colonial-era capital of the country, is another must-visit, especially for foodies and design buffs. It’s an easy hour drive from the airport (if staying in Guatemala City for any period, eat at the mouthwatering food hall La Esquina in hip Zona 4, a version of which opens in Antigua in early 2018). In the way San Miguel de Allende, Mexico is ripe for wandering on cobbled streets, so is Antigua. Because it’s such a pleasant, vibrant city, many chefs have moved in, resulting in an eclectic global culinary scene.

For fantastic French food there’s Tartines; for flavorful and fresh Italian, Caffe Mediterraneo; and Dona Luisa Xicotencatl is the place to pick up the best banana bread of your life. Izakaya’s owners hail from Nobu London and make small-plate Japanese with a Guatemalan twist; during the six months a year it’s open (January to July), you can’t miss Alquimia Cocktail Room for rare Japanese whiskey and great vermouth. There are charming finds in the towns around Lake Atitlan, but Antigua also has attractive boutiques to shop for antiques, jewelry and woven goodies, such as at Colibri, with intricate Technicolor finds for the home. Stop by Uxibal for handcrafted artisan boots and accessories using local textiles and leather. 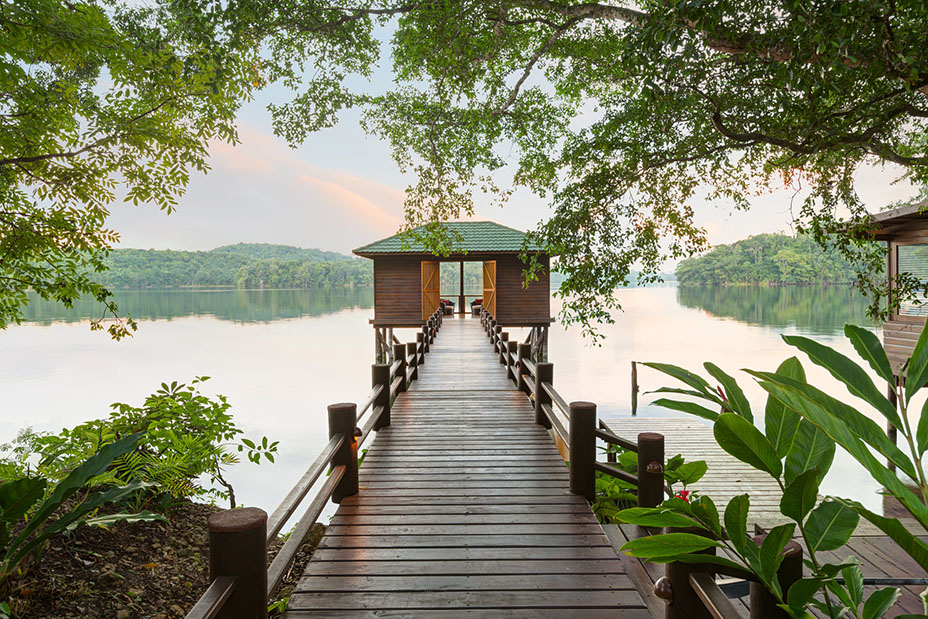 The third itinerary stop is less about the shopping, much more about the landscape. Mayim Bialik with her boyfriend, and Freeman have both spent time in the northern Guatemala tropical rainforest at Las Lagunas Boutique Hotel, Museum and Spa, where the indigenous and international dishes are all beautifully prepared — you won’t find the light, white blanco fish from the lake anywhere else in the world — and the Guatemalan tortilla soup is to die for. The property extends over than 300 acres of private reserve comprising lagoon and wildlife scenes, and boasts suites on stilts with jacuzzis that are the lake equivalent of Tahiti’s overwater bungalows.

Nature is one reason to come here, and can be soaked up on daytime or moonlit boat trips, but Tikal — the ancient Mayan citadel that flourished between the third and ninth centuries — is the primary draw. A visit to this region near Belize is not complete without a private guided tour of the biggest ceremonial site in the Mayan world, now a UNESCO World Heritage Centre protected by a 180-square-mile national park that’s home to a few elusive jaguars and brightly colored turkeys. It includes an astronomical complex, pyramids and a temple where George Lucas filmed part of a Star Wars film. It’s so fascinating and wild it’s a wonder more movies haven’t been made here — but perhaps it’s for the best that it remains a bit of a secret.