With summer approaching and quarantine fatigue setting in, many entertainment industry people are looking for an in-person alternative to that now-not-so-novel Zoom cocktail hour. And even with Los Angeles County health officials advising no in-person group gatherings, event pros say clients are clamoring for new ways to celebrate safely.

“The good news is that here in L.A., a lot of people have gardens, which can make gathering much safer than inside,” notes interior designer Martyn Lawrence Bullard. “But the key is, of course, social distance. So why not set up chairs with each one having an accompanying side table? Find out what drink each guest wants in advance, and then it’s waiting for them on their personal table, so you’re reducing a lot of contact by not passing drinks,” adds Bullard, who has designed homes for Ellen Pompeo and Kylie and Kendall Jenner. “If someone wants red wine, have a glass and the bottle on their table to further reduce movement.” Bullard notes that tray-passed appetizers, buffets and bars are all coronavirus no-nos.

Jordan Valdez of EventWorks would use trees, plants and furniture to create space between groups of people. “If I walked into a room and only saw chairs six feet apart, it would make me feel anxious. Instead, put chairs around a coffee table for each co-living group and use trees and other elements to separate those groups,” says Valdez, who suggests individual champagne bottles and bento boxes that are distributed before guests arrive. “Those kind of touches feel fun, not, ‘We did this because of COVID.’ “

Troy Williams of Simply Troy events says a backyard picnic brings an organic sense of separation without the “Is this six feet apart?” calculations. “A picnic blanket automatically says, ‘This is my space,’ ” says the former senior publicist for premieres and special events at Warner Bros., whose clients include Eva Longoria and Julianne Hough. “Depending on the size of your outdoor area, each can be even farther than six feet apart without people feeling disconnected from one another. You can still comfortably talk, toast and play games. They’re still connecting in person, which is what people need right now.” To create an inviting picnic scene, Williams — who recommends this summer party mix by DJ Sean Patrick —  worked with Made by Meg Catering (which is offering special The Mantry boxes for Father’s Day that include New York steaks and chicken wings), This Messy Table (known for its cheese, charcuterie and vegan boards) and craft cocktail delivery service Angelino on the Rocks. 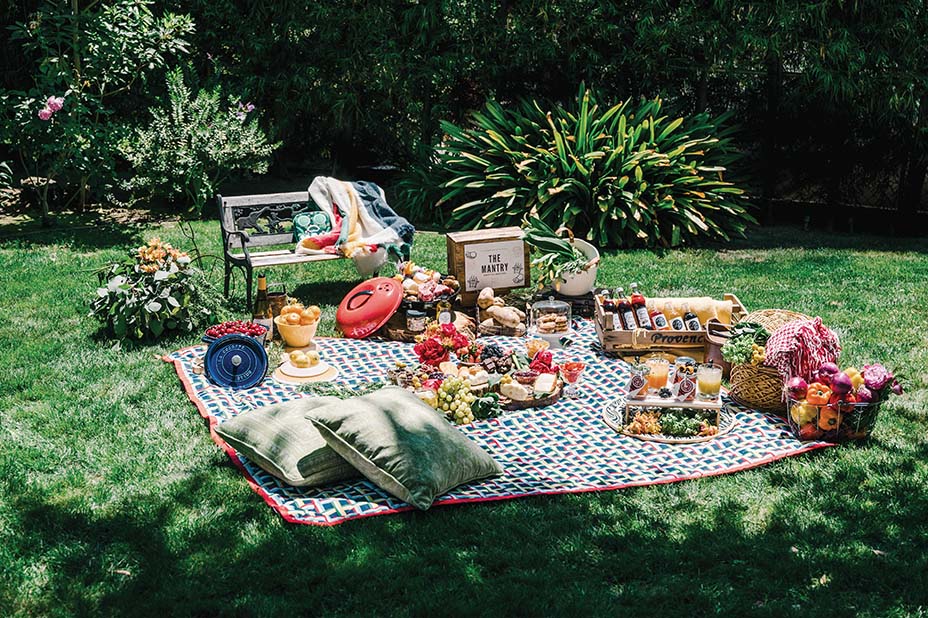 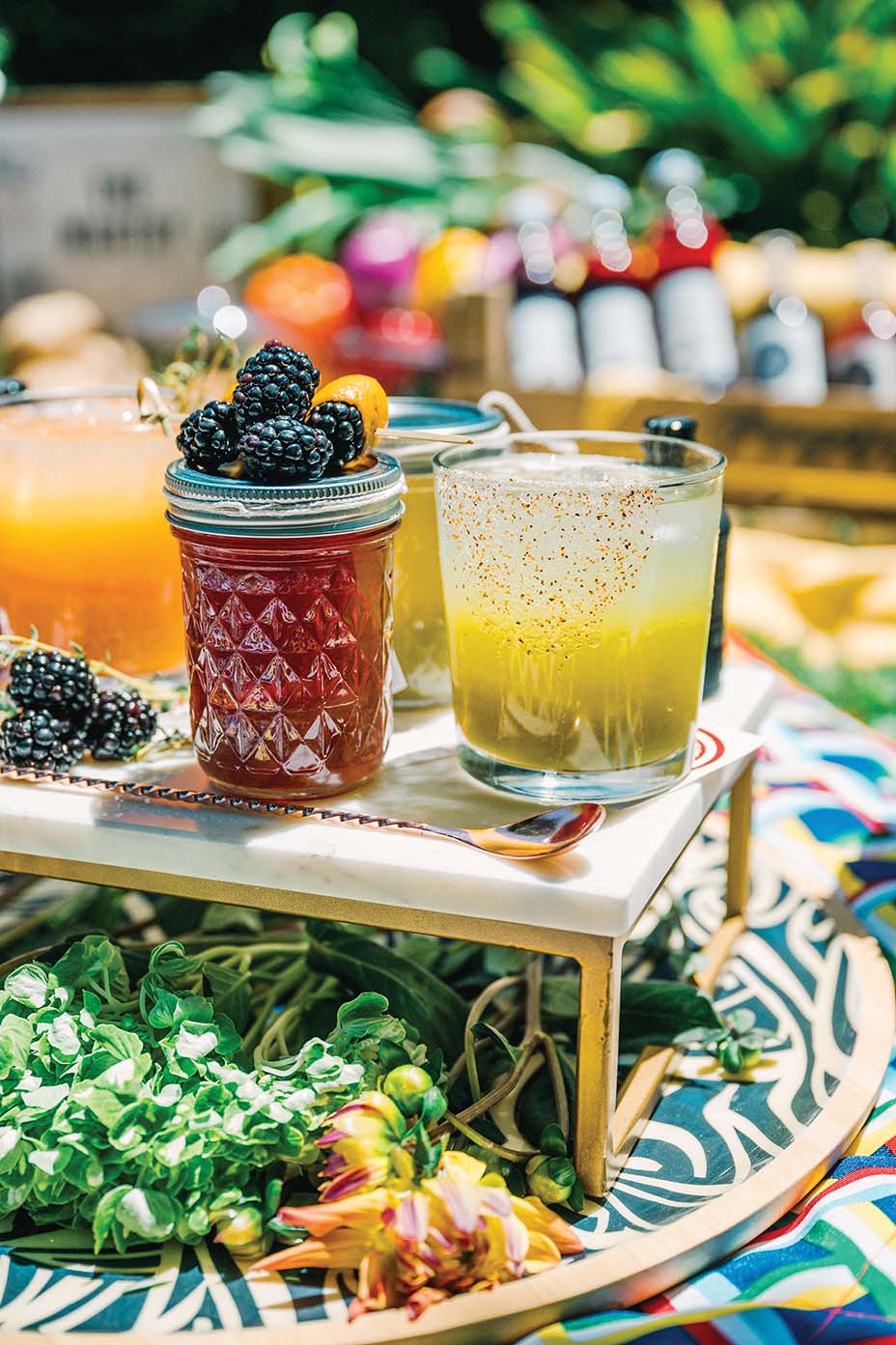 Marc Feuerstein, vp events at High Stepping Pony Productions, which counts Vanity Fair as a client, agrees. “You don’t need to go overboard to make a big splash. We have all spent so much time on our phones on TikTok and Instagram lately, being in people’s presence is enough right now.” Feuerstein, along with company owner Courtney Skiba, advises outlining spaces with something as simple as wildflowers and even writing guests’ names with a decor element like petals within the square. “Place a cocktail table within that space and add a few more flowers. Less is really more,” he adds. Feuerstein also suggests designating one indoor bathroom for guests and hiring a bathroom attendant to maintain sanitary conditions, or using a higher-end temporary bathroom such as Luxury Flush, which also can be accompanied by a masked attendant. “This is something that will immediately put guests at ease,” says Feuerstein, who notes that staggering guest arrivals will prevent bottlenecking. “We do that for the Vanity Fair Oscar party. It’s a great way to integrate safety.”

Crystal Anderson is using her Brooklyn rooftop to throw her first party since the pandemic began. “We’re taking our theory into practice with friends,” says Anderson, former event producer at Refinery29 and co-founder of A Very Good Job, which creates events for clients like Lena Waithe. “We’re creating pod areas that we are measuring and taping down on the floor so people know exactly where their space is. Then, on the invitation, we’re letting them know they can bring things to decorate their area so it’s their own personalized nightclub. We’re providing streamers and paint just to make it a more jubilant, less sterile feeling,” says Anderson, who will add a cooler of drinks to each pod before a guest’s arrival. “What’s key is emailing people before they come, saying, ‘If you’ve been sick, if you’ve been in contact with others, we can’t have you this time.’ We are a group of black queer folks, and we’ve been disproportionately impacted by COVID-19. We have the privilege to have a party, but we really want to honor the folks who have lost their lives.” 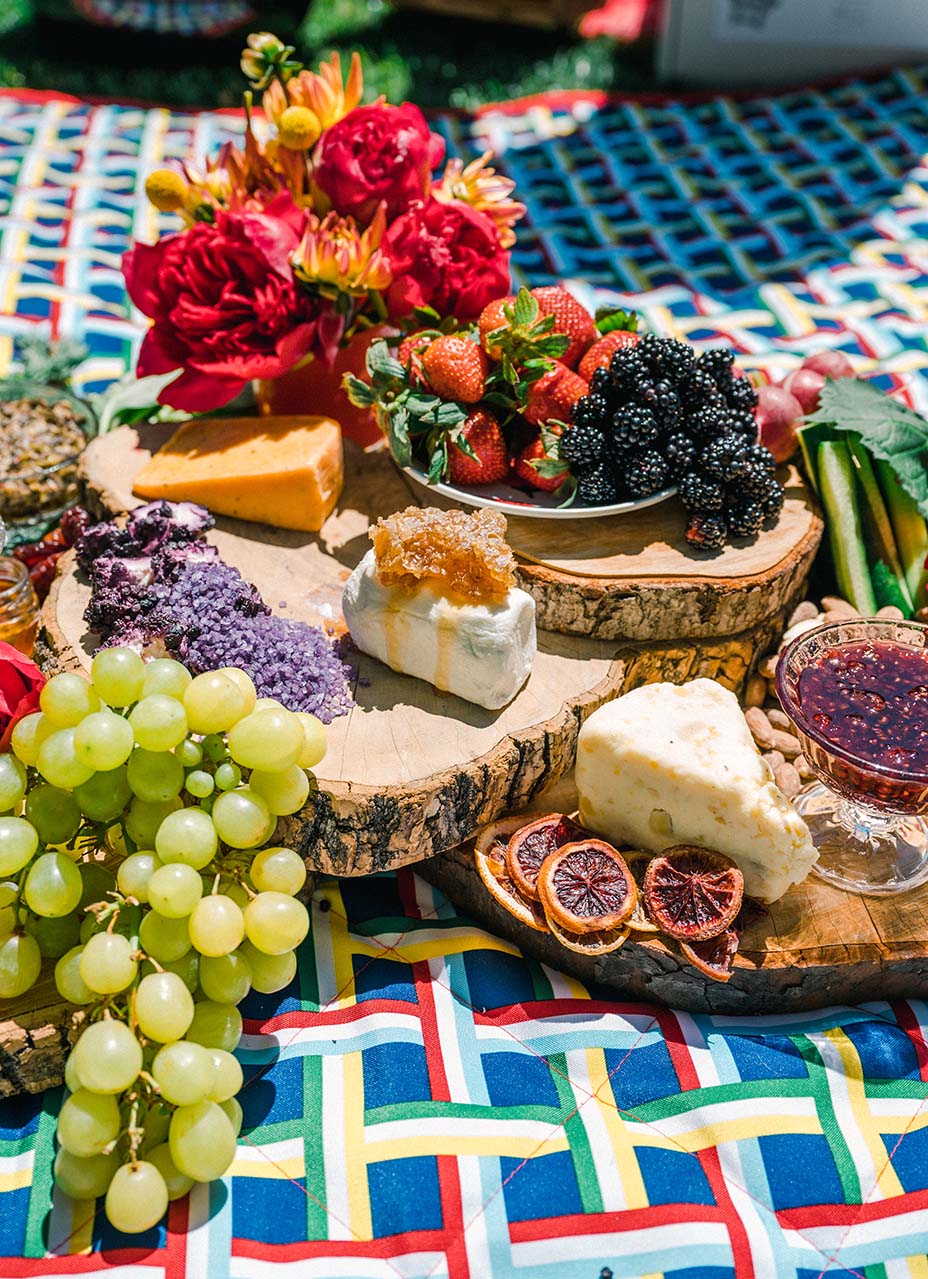