Sensing a not-so-sunny shift in energy among Los Angeles friends last year, filmmaker and artist Matt Smiley — known for his mood-boosting happy-face art seen on Instagram, aptly reflecting his last name — sought to turn frowns upside down in Hollywood and beyond. That’s the inspiration behind his latest exhibit, “Refresh,” which debuted Wednesday at a private reception at the Mondrian in West Hollywood, and not even pouring rain kept Smiley’s industry friends from coming out to support him.

'Midnight in the Switchgrass': Film Review

“People were really looking forward to putting the year behind them,” Smiley tells The Hollywood Reporter. “When they walk into the hotel, [my hope is that] they feel happy and refreshed.”

The preview was hosted by actor Emile Hirsch, whom Smiley met on the set of the 2004 film The Girl Next Door (“We’ve almost always lived a block or two away from each other,” says Smiley). Guests included Hollywood photographer Douglas Kirkland and his wife and business partner Francoise, as well as actors Shane West, Fiona Xie, Shiloh Fernandez, Carly Pope and Chris Zylka. 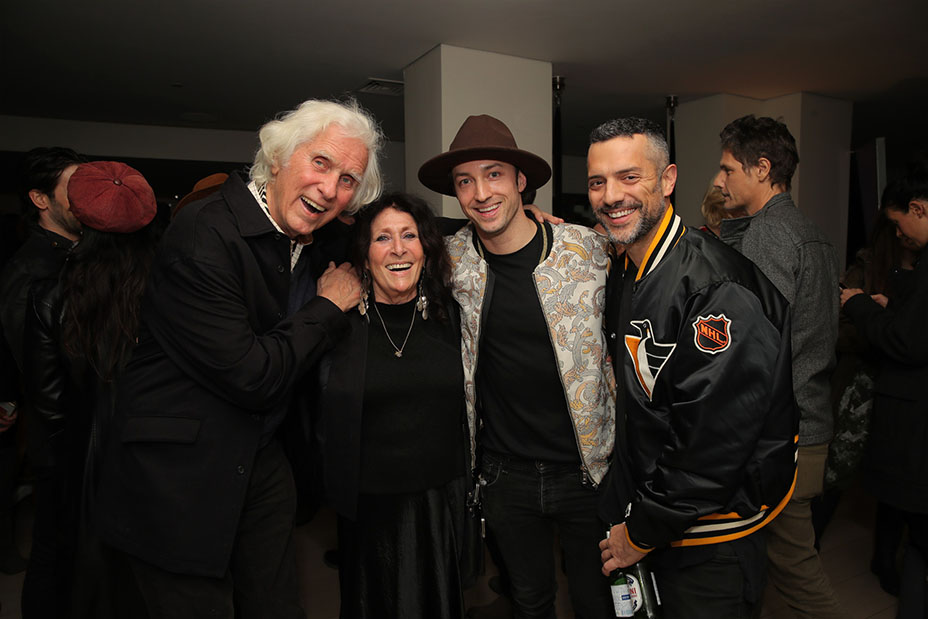 The Quebec-bred artist began his career as an actor before shifting to production and writing (he produced the 2014 documentary Highway to Tears). Along the way, he built friendships with music video director Ace Norton (who joined forces with Hirsch and Smiley for a group art show in 2013), as well as James Franco, whom Smiley met through actor Scott Haze and teamed with for several L.A. art exhibits.

Smiley had his debut show at The Bloc in downtown L.A. in 2017, and his art has since popped up again at The Bloc and at Three Clubs bar in Hollywood.

Guests sipped on Peroni beer and champagne while snapping photos of Smiley’s happy-face art, as well as a Piet Mondrian-inspired painting and a large-scale Lego statue of the character Voltron, one of the first pieces to sell at the show, for $2,800. (The 17 pieces on display ranged in price from $1,200 to $18,000 for a piece called “Unchartered Territories.”) 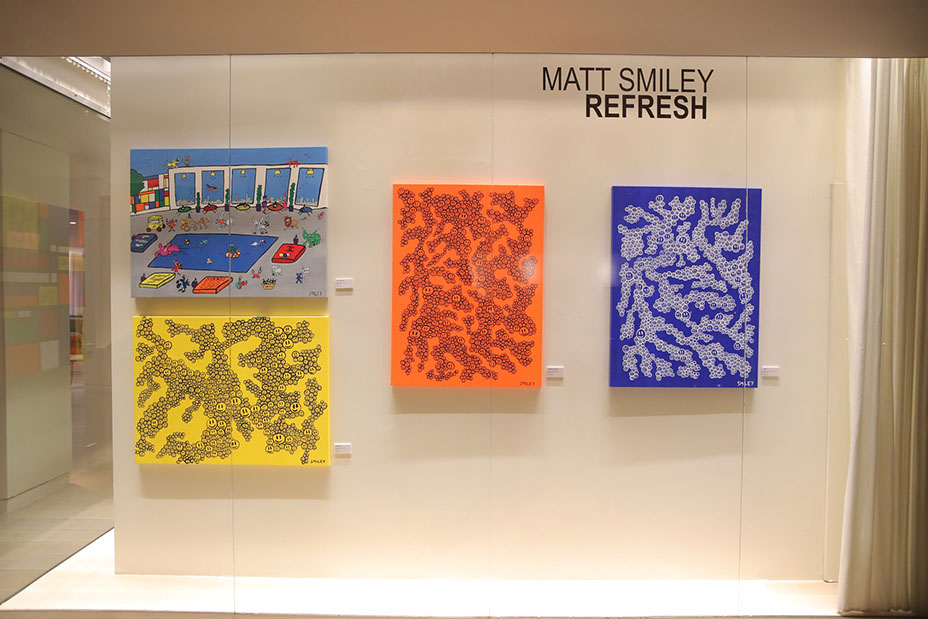 “It does look like the guardian of the Mondrian lobby,” says Smiley of the exhibit; he cites his girlfriend, actress Justine Wachsberger, as its muse. “While I’m painting, she’s constantly reading scripts, and she also does Legos, which I find fascinating.”

Smiley also credits close friends like Marilyn Manson — for whom he directed a music video and who reportedly owns some of Smiley’s work — for sparking his creative pursuits, from filmmaking to visual art. On his friendship with Manson, Smiley said, “He’s been a longtime friend. We’ve had moments of painting together, and he’s surely somebody who has such an encyclopedic knowledge of art. He’s a master of creating not necessarily an aura, but different modes of artistic expression.”

Other inspiring pinch-me (and very only-in-L.A.) moments for Smiley include getting to pick the brain of actress/artist/author Mary Woronov at Musso & Frank Grill while working on the TV series Andy Warhol’s Factory People. 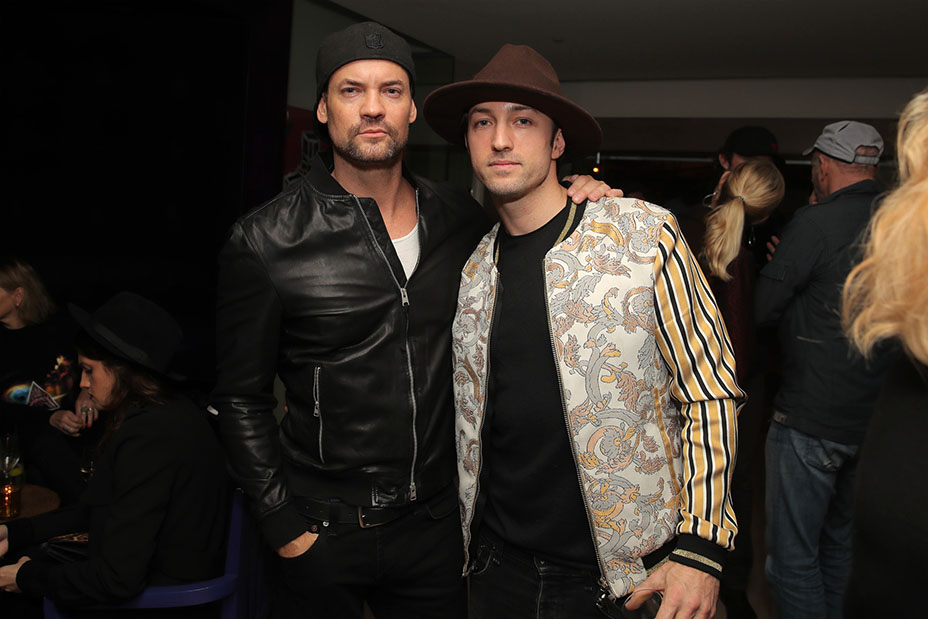 Next month, Smiley will begin filming a new documentary focused on Canada’s indigenous youth and how they’re reclaiming their heritage. In the art world, his next exhibit is set for Vancouver, followed by a showing of two pieces ($6,000-$7,000) at the L.A. Art Show later this month.

And starting today, pop art enthusiasts without the budget of a big-name producer can pick up prints of Smiley’s best-selling pieces ($250 for one, $600 for three) for the first time online and in the Mondrian hotel gift shop.