Viola Davis literally melts into the title role of the blues singer in Netflix’s Ma Rainey’s Black Bottom, a film adaptation of the August Wilson play. Her visage, drenched in sweat and rouge and topped with a wiry wig, becomes one of the most searing images of the film. The Hollywood Reporter spoke with the masterminds — makeup artist Sergio Lopez-Rivera and hairstylist Mia Neal — behind Davis’ transformation into the legendary Ma Rainey about the challenges of bringing the larger-than-life Mother of the Blues to the screen.

What inspiration helped you decide on Ma Rainey’s look?

Sergio Lopez-Rivera There’s not that much photographic evidence of Ma Rainey, at least not in the way that would tell you how this woman felt about her face or makeup. Ma Rainey was a large woman and was, by her contemporaries, considered not an attractive woman. She sweated profusely, especially during her performances. I would apply the entire makeup — the exception would be eyebrows, which were done with really thin mechanical pens. Everything else was done with my fingers because I wanted that homemade, jittery, imperfect, over-the-top makeup. When you’re depending on a character, you kind of have to find out more than the typical description. You kind of have to find out what the world around them was like. What was their reputation? How much money did they have? What were their opportunities? What was available cosmetic-wise, medical-wise, around that time to a woman of color? That’s how you get your little bit of information that helps you design.

I’m so curious about the wig choices and how you styled those together?

Mia Neal There were so few photos — I think there’s seven total in the world. So when [costume designer Ann Roth] mentioned [that Ma Rainey wore a] horsehair wig, it was a green light. I’ve never worked with horsehair before, and I didn’t even know where to source it. I found this supplier in Europe, and it comes in its rawest form: tied together and cut off of the horse [with] manure [on it]. It’s extremely wiry and thick. Through the boiling process to clean it, I realized that the horsehair softened tremendously. I baked it in a wig dryer for a couple of days, and when I took it out of the roller, I realized that it was like a modern-day synthetic wig. It held its set with such a memory that I understood why people were using horsehair wigs. Ma knew that when she opened that box, she wanted that wig to look the same way it did when she [most recently had] put it in. 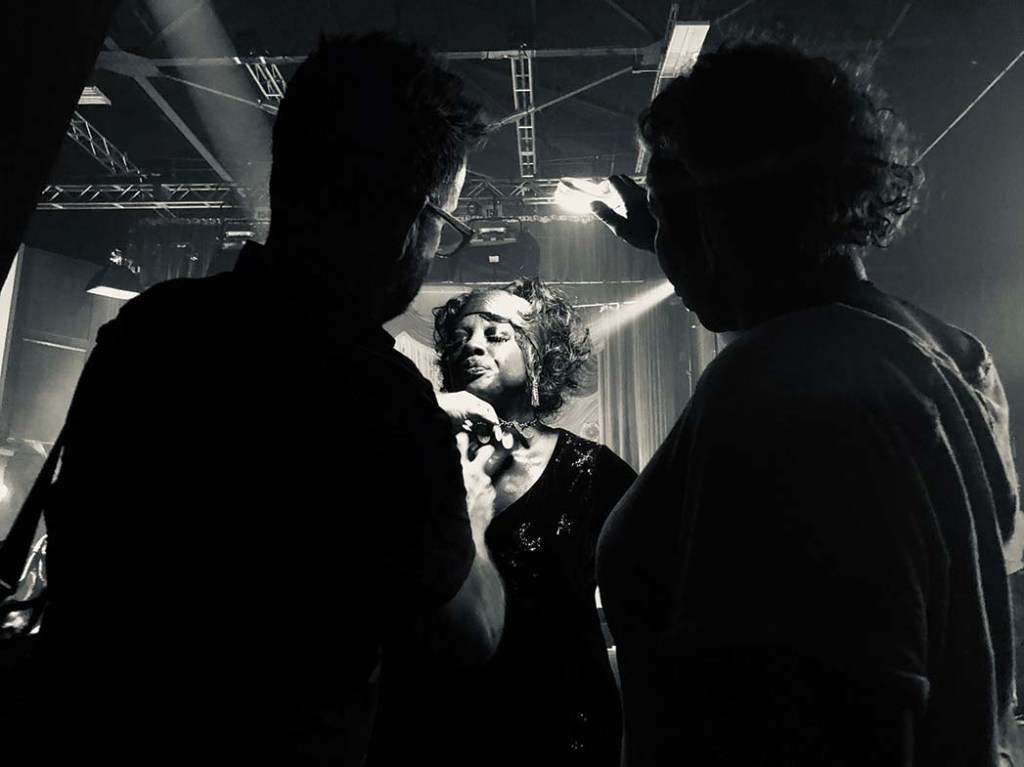 At times, Ma Rainey’s face seemed sad and pained. Was that an intentional choice?

Lopez-Rivera Yes, well, that’s a great observation because I did, in fact, raise her eyebrows. Ma’s painted-on eyebrows are a little bit higher at the center of her face than they are at the end. Basically, that sort of baby-doll eyebrow. Those dolls in that era, the ideal beauty was to make your mouth as small as possible to make your eyes as big as possible. And that involves making some big and long eyebrows. So, if you didn’t happen to have the bone structure to support this, you would just have to take matters into your own hands. But I loved that. I loved the fact that, in my mind, Ma was trying to follow the beauty of that period and was doing a pretty bad job of it.

The sweat was such an important physical feature of Ma. How did that make your job more complicated or maybe made it easier?

Lopez-Rivera It made it easier because when I painted this makeup on her, especially when we weren’t doing the show makeup, it’s so exaggerated. And then when I put the sweat on top of her face on her chest and everything, it just automatically tells you a story. It’s an emotional element of the makeup.