Just days after turning heads on Halloween while dressed as a perfectly paired punk rock band with her husband, Rande Gerber, and their two runway-ready offspring, Cindy Crawford looked properly elegant at the Jimmy Choo boutique on Thursday night.

But since this was an event in one of Rodeo Drive’s best shoe-spotting outposts, the model turned entrepreneur picked a “fun shoe” to wear (a Jimmy Choo, of course, plucked from her own closet), even if the silver-studded stilettos would’ve gone just as well with her Halloween costume. Call it a coincidence, something you can’t say about why Crawford showed up in the 90210 again to support DKMS, an international nonprofit dedicated to the fight against blood cancer, a charity for which Crawford serves as a global ambassador.

More on that later, but first, Pret-a-Reporter asked Crawford about many things, including her Instagram strategy (be authentic!), social media rules she imposes on her kids (no butt shots, Kaia!) and whether she and Gerber are officially moving to New York City (they bought a pad next to BFF George Clooney!).

Your Instagram is a great mix of family, lifestyle, fashion and modeling pics with some great #TBT. What’s your personal strategy?

It’s funny because the fact that we are even talking about Instagram strategy is something I never thought I would be talking about. I didn’t ever really get Facebook or Twitter, but when Instagram came out, it was the first social media platform that I gravitated toward in a real way because it was about pictures and my whole life has been about pictures. When my kids showed me (Instagram), I was, like, I get this. That being said, it does take time to find your voice and figure out who you want to be and how much you want to share. I might only want to post pictures of my breakfast but people following me are not interested in that. I definitely don’t only want to live in the past, but I think some of those #TBTs are fun. Some of the behind-the-scenes stuff is fun, too. Just giving fans a glimpse to get to know you better.

Let’s talk about that runway beach walk. Can you give advice on how do you nail that walk?

It’s so funny — I can’t help myself sometimes. That Instagram video was taken during a commercial shoot we were doing for my furniture line. It’s sort of a recognition of my history and where I came from — this supermodel place — and done in a very tongue-in-cheek way. (Another one) was when we were doing an event in Chicago for a photographer that I used to work with there named Victor Skrebneski. He was being honored recently and I was there to give him the award. There was this really long hallway that I had to walk down. It was the same thing as that beach walk. If there’s any long walk and I’m wearing high heels — it becomes a runway. It’s fun.

Speaking of Chicago — go Cubs! Did you watch Game 7?

I listened to it because I was in the car for most of it but managed to get home for the very end. I wish I would’ve been in Chicago for it! Those fans — they’ve hung in there 100 years. It’s great.

Back to Instagram. Do you have rules you impose on your children?

No, they have been good. As a mother, I am more concerned about Snapchat. What they are starting to realize is that even if their friend takes a goofy Snapchat of them, someone screen grabs it and it ends up out in the world anyway. If someone is filming it, it’s going to get out. I didn’t have that pressure as a teenager. I try to make my kids aware of that, but with social media, it’s the same thing I teach them about everything — be respectful and make sure you are fine with your grandmother seeing it. I’m like, Kaia, you don’t need to post butt shots. I tell other girls that, too. if you’re doing that, you’re telling others that that’s what they should focus on about you; that’s what your best feature is. You might have a great one, but when someone is talking to me, I want them to be looking at me in the face, in the eyes, not checking out my butt.

A lot of people have been focusing on that Halloween photo of your family. Who came up with the punk idea and is this the start of a new family tradition? (To see the photo, click here.)

My husband has this great Casamigos party every year and when we do Halloween, we go all the way. We don’t believe in half-doing Halloween. I wanted to do Cyndi Lauper and I suggested he go as Boy George, but he said no. He liked the punk thing, so we went with that, but mine was secretly Cyndi Lauper, like early Cyndi Lauper. Then my husband asked the kids to come to the party for a little bit at the early part of it, and suggested we do a family theme. You would think teenagers would say, “No, we’re not doing that!” But they were into it and we had fun. It was really fun.

I saw reports that you recently purchased a new apartment in New York. Does that mean you’re going to be spending more time there or changing your living situation here?

We live in Malibu, for sure. We think the building is really cool and as the kids get older, we can imagine that our life in the next couple of years will have us spending more time in New York. So we thought it would be nice to have a place there.

What is it about this organization and this event that keeps you coming back?

A lot of times, people think to themselves, ‘What can I do? How can I really affect change.’ There’s a really simple way to help. Getting swabbed to be a potential bone marrow donor is simple and doesn’t cost money. And if the odds are that you’re a match, what an honor to be able to save someone’s life. I love that people can understand what DKMS is. This is pretty straightforward. And because my brother died of blood cancer — leukemia — those are things that I have been involved with for many years now.

When that drive to be give back really kick in for you?

It really started when (my brother Jeff) died. I was 10 years old and part of my mother’s healing process was giving back. But as a blue-collar family in Illinois, we didn’t have a lot money so she organized a dance marathon. The first one, we raised $200, which, at the time, seemed like a lot of money. It showed me that even though you might not have a lot, you can still do something. When I started making money as a model, I continued doing that. When I was 20, I made a swimsuit calendar, and it wasn’t my core business but was a nice gravy project. I gave a portion of the proceeds to the hospital where my brother was treated, and have continued to support that hospital — the American Family Children’s Hospital in Madison, Wisc. — for more than 30 years. I’m happy to help. That is one of the responsibilities of having some kind of limelight or spotlight on you is that you can, in turn, shine a light on great causes you are passionate about.

How do you decide what causes to get behind?

The ones that are easiest to commit to are (causes) that you have a direct relationship with. Then it’s like, ‘Just tell me where I need to be and I’m there.’

Back to your brother. There have been so many advancements in the treatment of leukemia and blood cancers since he passed away. Do you ever think about how his treatment would have been different today?

Oh, yes, 100 percent. The type of leukemia that he had is now 90 percent curable, which is amazing. So when these families — which would’ve been my family — get a diagnosis for their child or family member, they are not looking at a death sentence. That’s amazing. I do a lot of work with survivors today, because that’s so important, too. When I give money, I try to split it up between patient care and research, of course. In some ways, I feel better by providing a bed for a mom to sleep in when she’s with her child in the room. But research is so important, too. These doctors are out there, literally, curing cancer. And I’m so grateful that we all have a place to do our part. 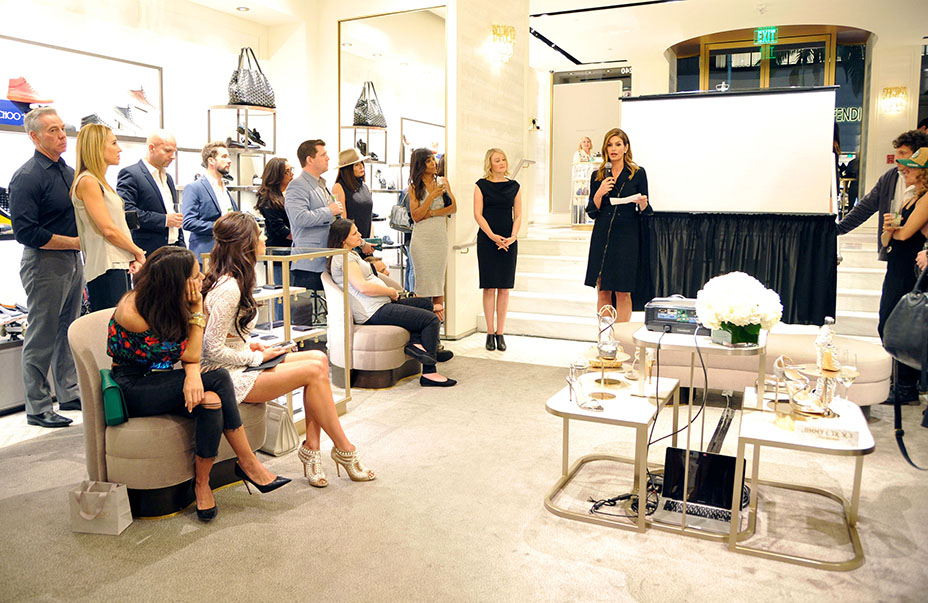