He’s an innovative retailer and designer; now Humberto Leon is adding film director to his résumé.

Leon and longtime Opening Ceremony collaborator Carol Lim have pulled double duty as co-creative directors of Kenzo since 2011, but for fall 2018 he has taken on a solo project in a medium that’s become closely aligned with the pair’s work for the luxury brand: the fashion film. Set to premiere Sept. 7 during New York Fashion Week, the film, which he also wrote, is Leon’s first directorial effort.

Titled The Everything, the short film is described in a statement by the brand as “a light-hearted drama about a family of teenagers with unusual powers that bring them together.” Milla Jovovich stars as the family matriarch, surrounded by a cast that includes Alexandra Shipp and Kodi Smit-McPhee, both of whom appeared in 2016’s X-Men: Apocalypse. Also starring in the film — albeit much more subtly, of course — will be looks from the Kenzo Fall/Winter 2018 collection, as well as pieces from Kenzo – La Collection Memento No. 3, the third capsule collection Leon and Lim have created based on the brand’s archives.

It’s the seventh film in the series commissioned by Leon and Lim since they took over the reins at Kenzo, with a different writer/director hired for each installment, including Portlandia’s Carrie Brownstein and The Florida Project’s Sean Baker. (The designers are repped by WME/IMG.) 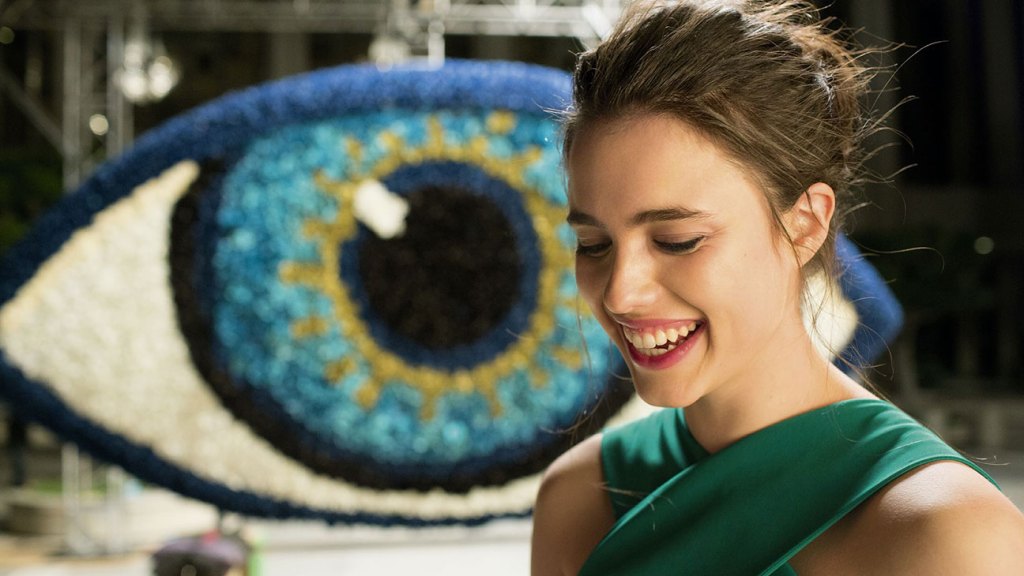 In 2016 Spike Jonze, who also makes a special appearance in The Everything, directed My Mutant Brain. Produced as a spotlight for Kenzo World, the first fragrance Leon and Lim created for the brand, the three-minute film starred Margaret Qualley (The Nice Guys) as a woman who leaves a boring formal event at L.A.’s Dorothy Chandler Pavilion; her imagination takes over in the mirrored lobby, where she launches into an expressionist dance that carries her out to the courtyard.

Part of the fun of watching My Mutant Brain is trying to figure out how Qualley was filmed dancing up and down a staircase surrounded by all those mirrors. Jonze won a slew of awards for his effort, including the Grand Prix at Cannes Lions, the annual June festival that highlights the best in advertising, branding and communications.

A year later Kenzo put the concept on steroids with a 13-minute film for the fall 2017 campaign, written and directed by Orange Is the New Black’s Natasha Lyonne. Cabiria, Charity, Chastity stars Maya Rudolph in Lyonne’s directorial debut, a surrealist story with burlesque overtones; Rudolph spends much of the film speaking a gibberish language she created. Macaulay Culkin, Fred Armisen, Greta Lee, Leslie Odom Jr. and Waris Ahluwalia also star. “[The film] is a way to sort of go through the looking glass into the mind of a cracked person and to see things from their point of view,” Lyonne told The Hollywood Reporter in 2017.

Kenzo has released few details about The Everything other than cast and a basic premise. That it will be unconventional and inventive surely is a given, not only because that’s the standard already set for a Kenzo film, but also because the pair at the heart of the brand love nothing more than pushing boundaries and supporting creativity. As Lyonne said in 2017, “Carol and Humberto bring out the best spirit.”