Another red carpet, another sky-high ponytail for Ariana Grande.

The singer arrived at Microsoft Theater on Sunday night wearing a vintage lace bustier and white Alexander McQueen trousers, along with her signature updo (which featured a couple of small braids for added flourish).

The I Dream of Jeannie-esque style seems to have sparked a movement, as both Bailee Madison — who rocked a glittering deep-v gown — and Karlie Kloss — in an Atelier Versace couture ensemble — took the ponytail for a spin, too.

In true Grande style, both Madison and Kloss wore the super-sleek look with a strand of hair wrapped around the ponytail’s base, and not one single hair out of place.

Taraji P. Henson, on the other hand, opted for a low ponytail — but it still had plenty of drama. The actress paired her Celine shirt dress with a bum-grazing pony and striking purple lip. 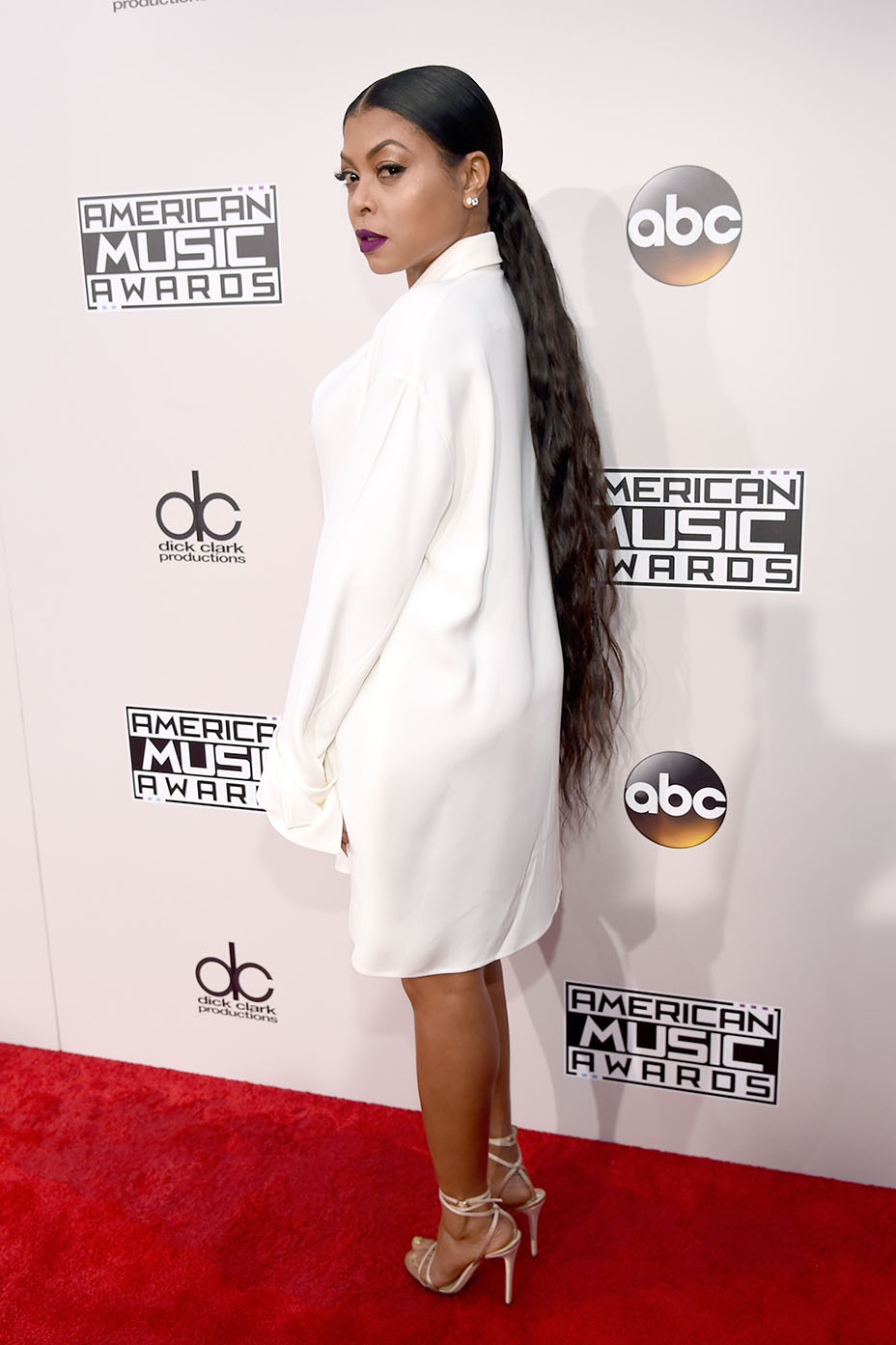