Tuesday evening at The Reef in downtown Los Angeles, Refinery29 celebrated the West Coast return of the pop-up, experiential art installation 29Rooms, with this year’s “Expand Your Reality” theme showcasing the media and entertainment company’s interactive dream world of culture and creativity. Among the variety of dream-like rooms on display were celebrity spaces by Kesha, Lena Waithe, Nicole Richie and Rupi Kaur along with a transgender-led choir, a palm reading experience and LA-artist-designed creative classes.

Kesha was the first to arrive, wearing a mermaid-inspired blue embellished caftan and long platinum blonde hair that were on point for her otherworldly room, inspired by her soon-to-be released music. 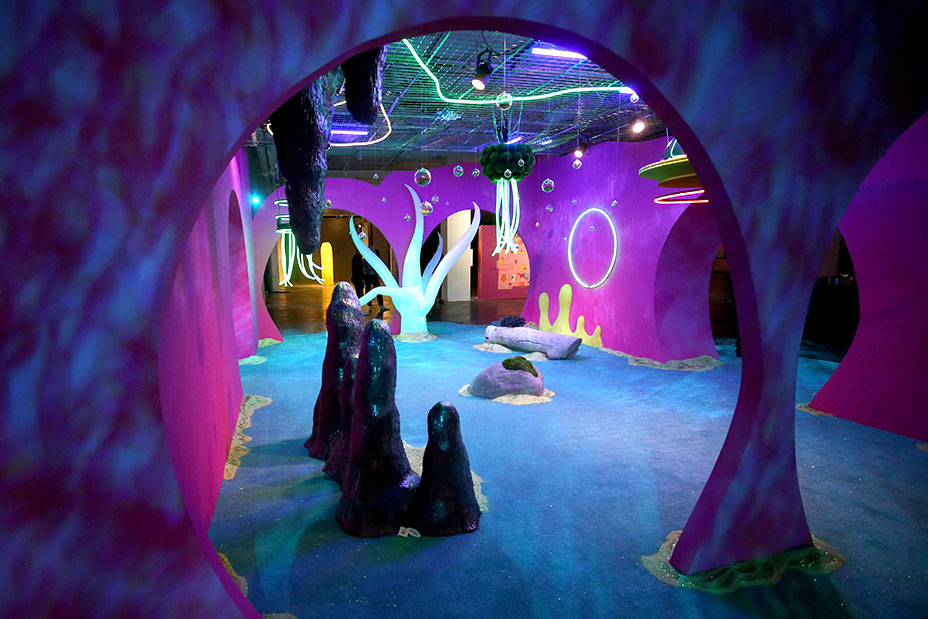 Grey’s Anatomy star Ellen Pompeo shared what brought her to the event, which runs through Dec. 9: “I love the arts and I love to support the arts…I’m a fan of Lena Waithe’s. I know she did a room. I love to come by and watch what people bring.”

“They asked if I wanted to do [a room] and I initially said ‘no’ because I just didn’t have the time or the bandwidth,” said Watihe. But after the producers agreed to do the heavy lifting to help her execute her idea for the Oh Say Can You See room, she came around, conceiving a video and space that aims to present “the experience of what it means to be black in three minutes.”

After posing for the red carpet, Pompeo spotted Waithe and dashed over to fangirl about her show. After chatting about women’s rights, future projects and a shared love of social activism, Waithe escorted her new pal to her installation. 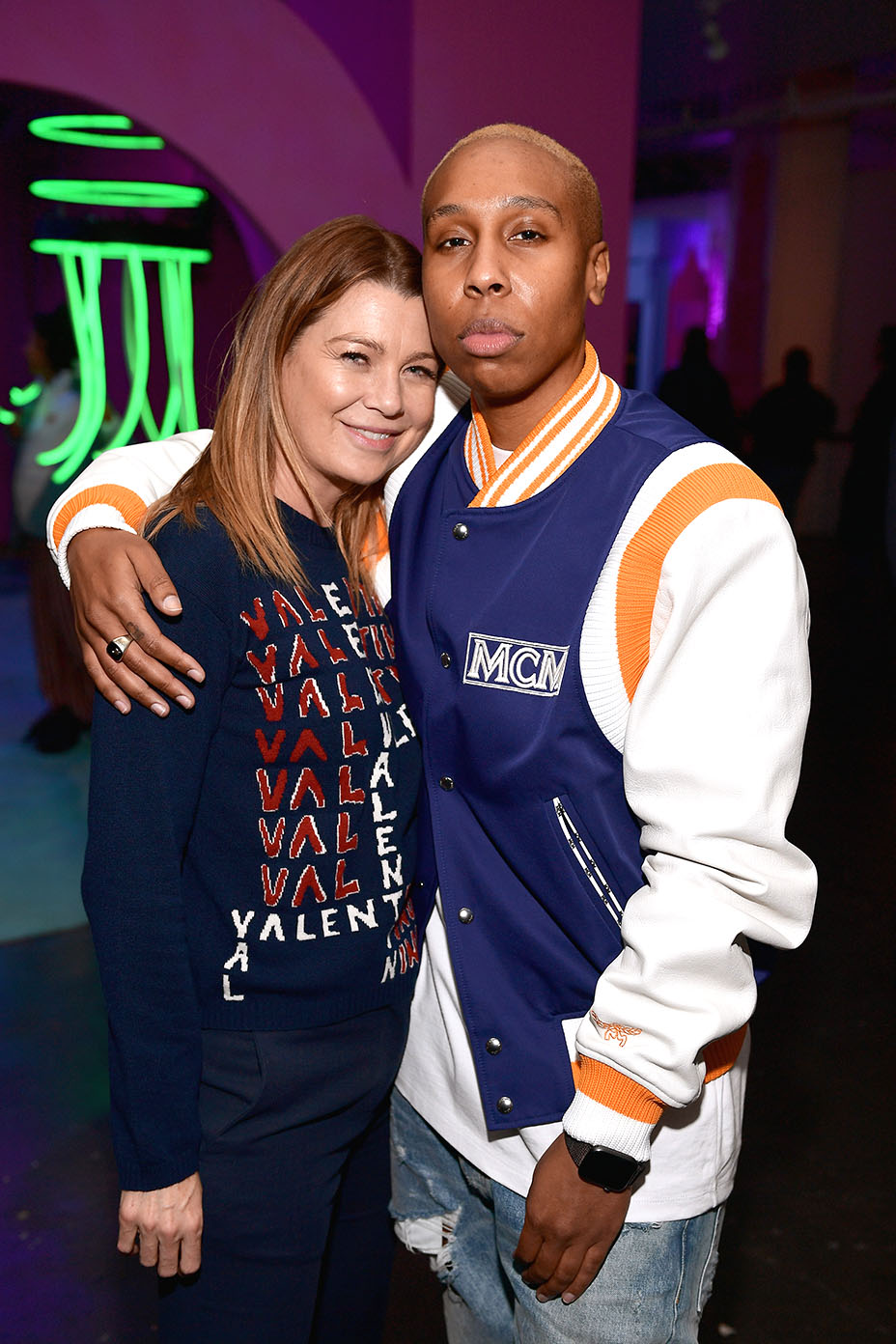 13 Reasons Why actress Anne Winters shared that she thought the “expanding your reality” theme was right for right now. “In this day and age, people are realizing that we can get out of the box and be ourselves and do what we want and explore more creatively. I think that it’s fun.”

Ashley Iaconetti and Jared Haibon of The Bachelor also connected to the theme. “If you were to asked me four years ago, how I met my wife, where I’d be living, coming to events like this on a routine basis, knowing certain people that I know, the fact that we met Ashton Kutcher and he knew who we were…my reality was Rhode Island. That was my reality. And now, four years later, I’ve certainly expanded that. So it is interesting to see the parallels between expanding your reality and what’s happened with us over the past few years.” (Iaconetti and Haibon also excitedly shared that Kutcher and Mila Kunis are on the guest list for their upcoming wedding.) 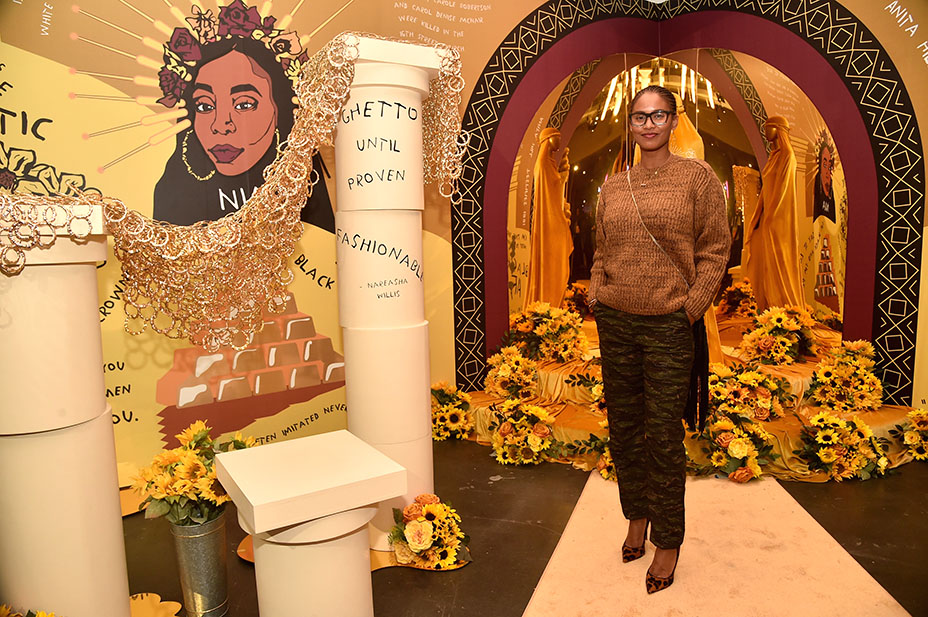 Nicole Kidman’s on-screen daughter in the upcoming film Destroyer, Jade Pettyjohn, expressed her excitement about attending her first Refinery29 event, “I’m actually really excited about the arts that I don’t know. I think that’s what’s exciting is getting out of what I know and moving into other worlds and other artists and viewpoints that I haven’t seen before.”

Among other celebrity attendees spotted at the VIP party were Crazy Rich Asians star Awkwafina who ran into her co-star Harry Shum Jr. after exiting the Amazon Prime room. They immediately caught up and hit the dance floor together like they hadn’t missed a beat.