Inside the West Hollywood antique store Waverly on Doheny, near the Troubadour theater, Jill Tavelman Collins is stationed under a framed image of the Peanuts comic strip character Lucy van Pelt in her five-cent psychiatric booth.

The mother of actress Lily Collins (with her ex-husband, singer Phil Collins) bears a striking resemblance to her 30-year-old daughter, and her sense of humor is evident in the decor. On Tavelman Collins’ desk is a funky porcelain baby doll fashioned into a jewelry holder by an artist friend from England. “That’s become a mascot of the store; it kind of looks over everything,” she says with a laugh.

On a nearby wall are three candid mother-daughter photos, featuring the pair smiling. The younger Collins has had a burgeoning career with some major milestones this year, starring as Fantine in the BBC miniseries adaptation of Victor Hugo’s Les Miserables, as Ted Bundy’s girlfriend in Joe Berlinger’s Extremely Wicked, Shockingly Evil and Vile and as J.R.R. Tolkien’s love interest, Edith Bratt, in Dome Karukoski’s Tolkien.

Noting that she has collected things (and fished her parents’ throwaways out of the trash) since childhood, Tavelman Collins tells The Hollywood Reporter: “I just didn’t understand the concept of throwing things away. I’ve always matched people up with gifts that are really sentimental or hit the spot for them. And all of a sudden, I found myself with a lot of free time, because my daughter had grown up and was on her path. I had been doing different charity work for 20-some years. … And I thought, ‘It’s time to do something for me, that I’m good at.'”

The antique shop, founded in 2014, is filled with pieces that the schoolteacher turned store owner has dubbed on her Instagram page as “resurrected oddities” that the average person might not typically go for at an estate sale or flea market. Among them are books on good behavior from the 1800s with handwritten inscriptions from past owners and an old stereoscope that transforms photographs of an elaborate rococo dinner hall into three dimensions. 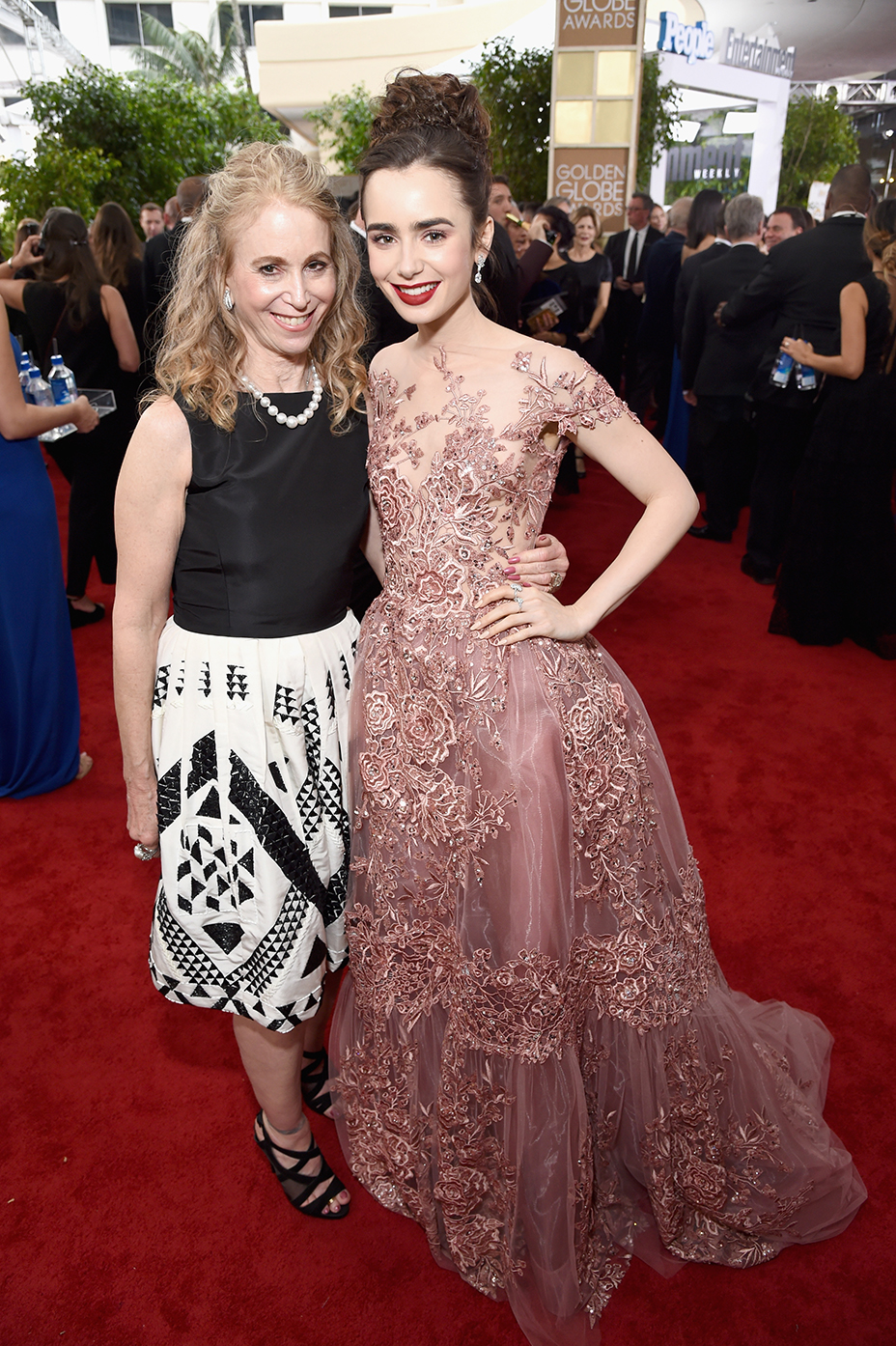 An estate sale incident underlining the general disregard for sentimental value continues to plague the vintage connoisseur: “People tend to grab the silver and the china, the things that obviously are worth something, right? So these people were sitting on the floor of the house [going through the owners’] love letters to each other, and they were cutting the stamps off the envelopes and throwing the letters away. They didn’t care about the love letters, and I thought that was the saddest thing I’d ever seen because nobody wanted them, and it was the value of the stamp to them that was important. I was like, ‘Can I have the letters?'”

Besides selling discarded heirlooms, Tavelman Collins also secretly plants them in her daughter’s apartment: “I start sneaking things in to see if she notices. She’ll go out of town and I’ll say, ‘Did you see anything different?'”

The enterprising mom has also tracked down personalized gifts for directors, producers and costume designers on her daughter’s films that are “tailored to the period of film” and, of course, to the person. She matched one Hollywood producer with a vintage camera that had footage of Amelia Earhart recorded on it by one of the aviation pioneer’s passengers.

“Most people like a story in an item,” she says. “It has to pull at someone’s heartstrings. In this day and age, people don’t listen to each other anymore. So listen to your friend or partner, if they mention a book they had as a kid that their parents might have thrown away or given away. Or something they wish they had. It can be something small. But when you find that thing and give it to them, they think, ‘Oh my God, you actually listened to me? You heard what I was saying?'”

Tavelman Collins has long worn vintage clothing and tended to reach for her mother’s old dresses in the ’80s while touring the globe with her ex-husband. She mentions that her mother was once a dance partner to Don Loper, the actor-dancer who doubled as a costume designer and interior decorator and created the famed Martinique banana leaf wallpaper for The Beverly Hills Hotel. “I remember people asking, ‘What are you wearing?’ And if you said ‘vintage,’ they would turn away. It just wasn’t the thing,” she says, referring in particular to the singer’s native England. “I was a little ahead of everything.”