It’s been said that when one door closes another opens, and for Jane the Virgin creator and showrunner Jennie Snyder Urman these doors were in the form of 12-foot sliders in her new California home office. After years spent penning episodes in a spare bedroom, Urman (with her husband Jamie and two children) moved to a new home in the San Fernando Valley, and the first task after unpacking was commandeering the pool room as her new writing spot.

“I’m in here every night and most weekends and now with Jane ending, I’ll be in here way more,” says the 43-year-old, who is also part of the producing team behind the new CW Jane spinoff Jane the Novela. “My husband and I expanded the room a bit because I need to walk around a lot when I’m writing, I can’t just sit still.” 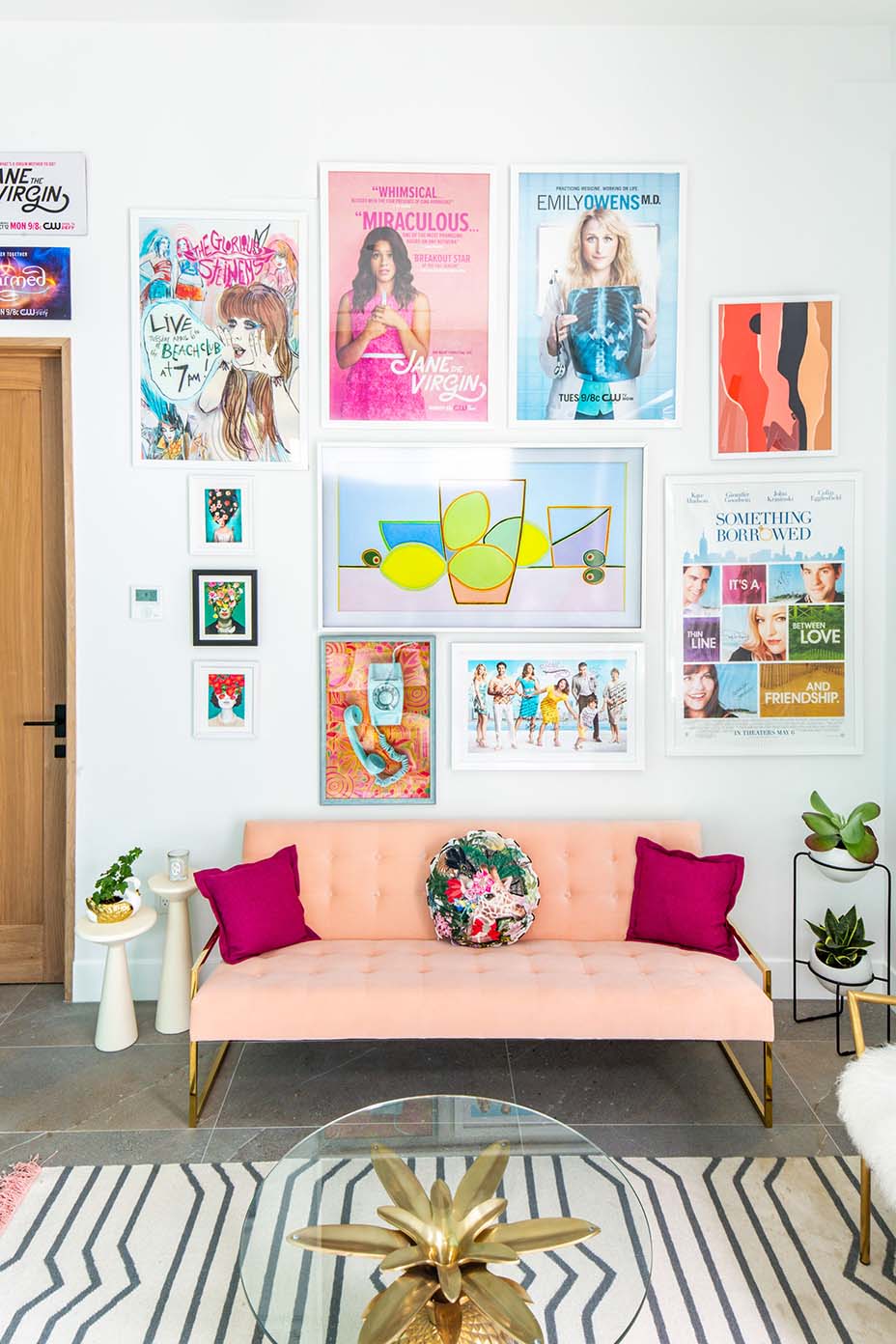 Urman enlisted fellow school-mom and designer Jess McNaughton of Jess McNaughton Interiors as her decorator. “We have a similar aesthetic; Jennie likes things to be happy and joyous and she’s not afraid of color or pattern,” says McNaughton of the project that took four months to complete.

Her goal was to create a space that felt inspiring, while still being a quiet place to create, and the first step was the walls. The duo looked at hundreds of wallpaper samples before deciding on Royal Fernery, a collab between two British mainstays, decorator Martyn Lawrence Bullard and Cole & Son. “Initially, I told Jess my favorite colors were turquoise and coral because that’s the main color palette in Jane; it was like the only colors I could see, but after this experience, I’m also on board with green,” laughs Urman. 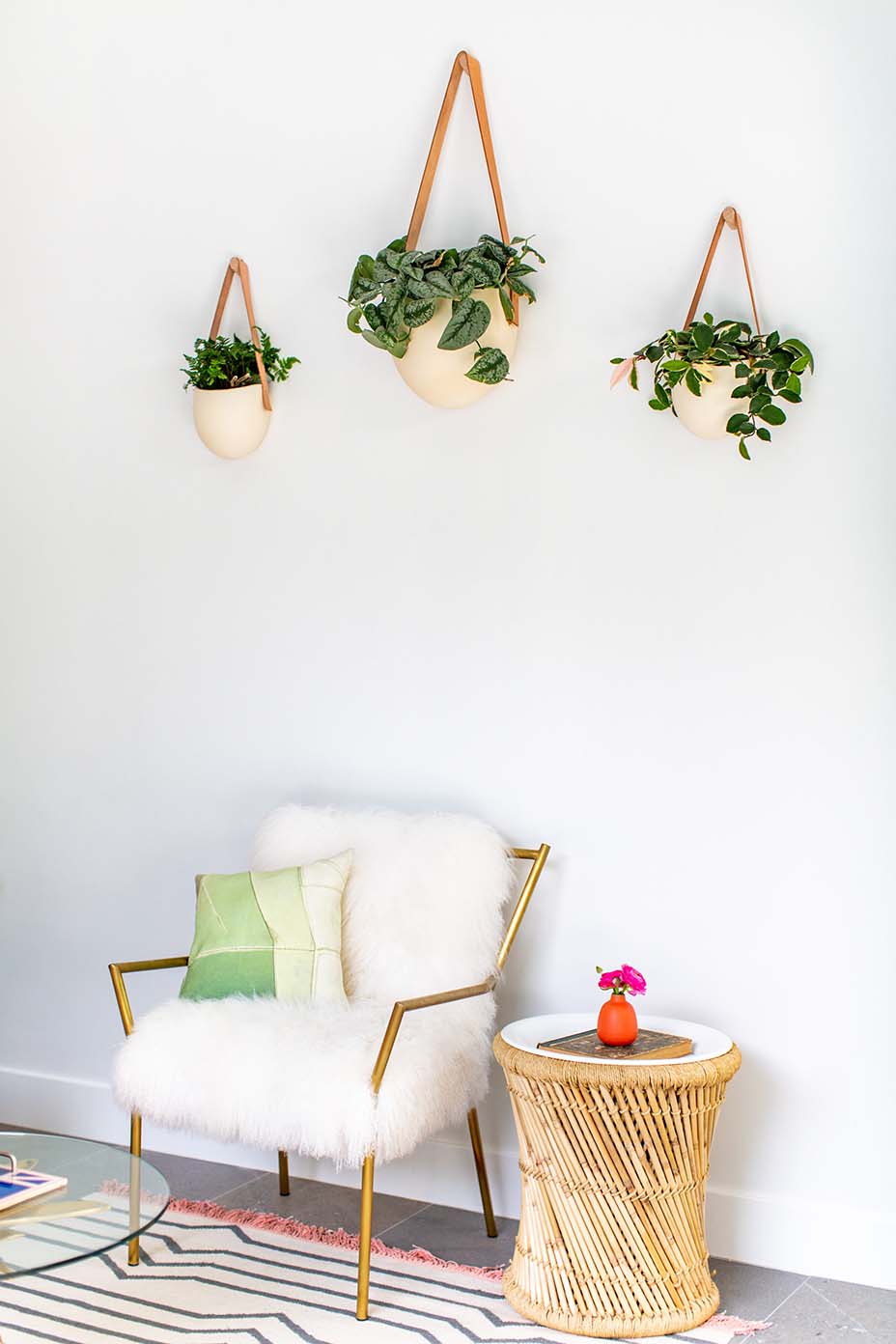 The credenza was an old piece given an update by McNaughton. Originally painted a royal blue, it had lived in the family entryway, but was lightened up in a blush lacquer and given lucite and brass hardware. “It is stuffed with so much paperwork and so many scripts,” says Urman, who topped the storage unit with a stone sculpture crafted by her grandmother and her Peabody award. The bone inlay desk is from Anthropologie (one of Urman’s main inspirational spots for decor) while other pieces around the room combine to create a colorful, cohesive design; the pineapple-based coffee table is from CB2, the fluffy sheepskin chair from Lulu & Georgia, while the small sectional, not unlike the credenza, was a blue piece turned pink. “We ended getting this Jonathan Adler Goldfinger Apartment sofa but it only came in blue, so I had it recovered in a blush velvet,” McNaughton says. 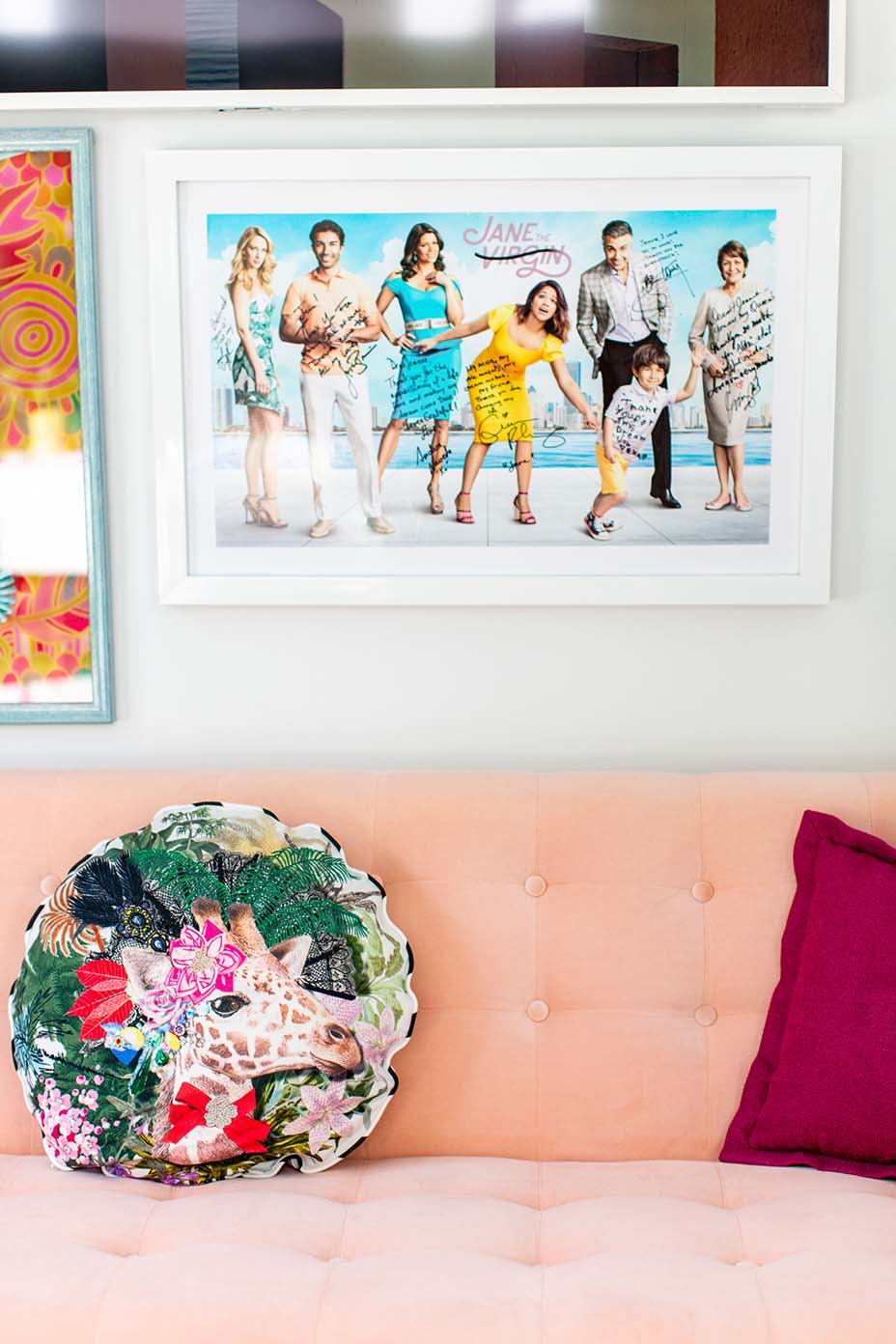 The second statement wall (and the one Urman views from behind her computer) is an homage to her career, while also peppered with some hidden gems, such as the Samsung The Frame TV LS003, one of the only televisions that sits flush against the wall and, when off, looks like a piece of artwork. “Designers have been trying to hide TVs for years and this one blends in with all the art pieces,” McNaughton says. To create a salon-style art wall, McNaughton always creates a mock-up using painter’s tape to map out her arrangement.

A final pop of color is the Flat Vernacular wallpaper that pokes out from the bathroom. “Jennie had seen that in a friend’s IG feed; we felt it was a bit too much for the main room, but with the bathroom door open, it’s perfect,” McNaughton adds. “A lot of design can be trial and error and taking risks, but that’s how you end up with the golden spot.” 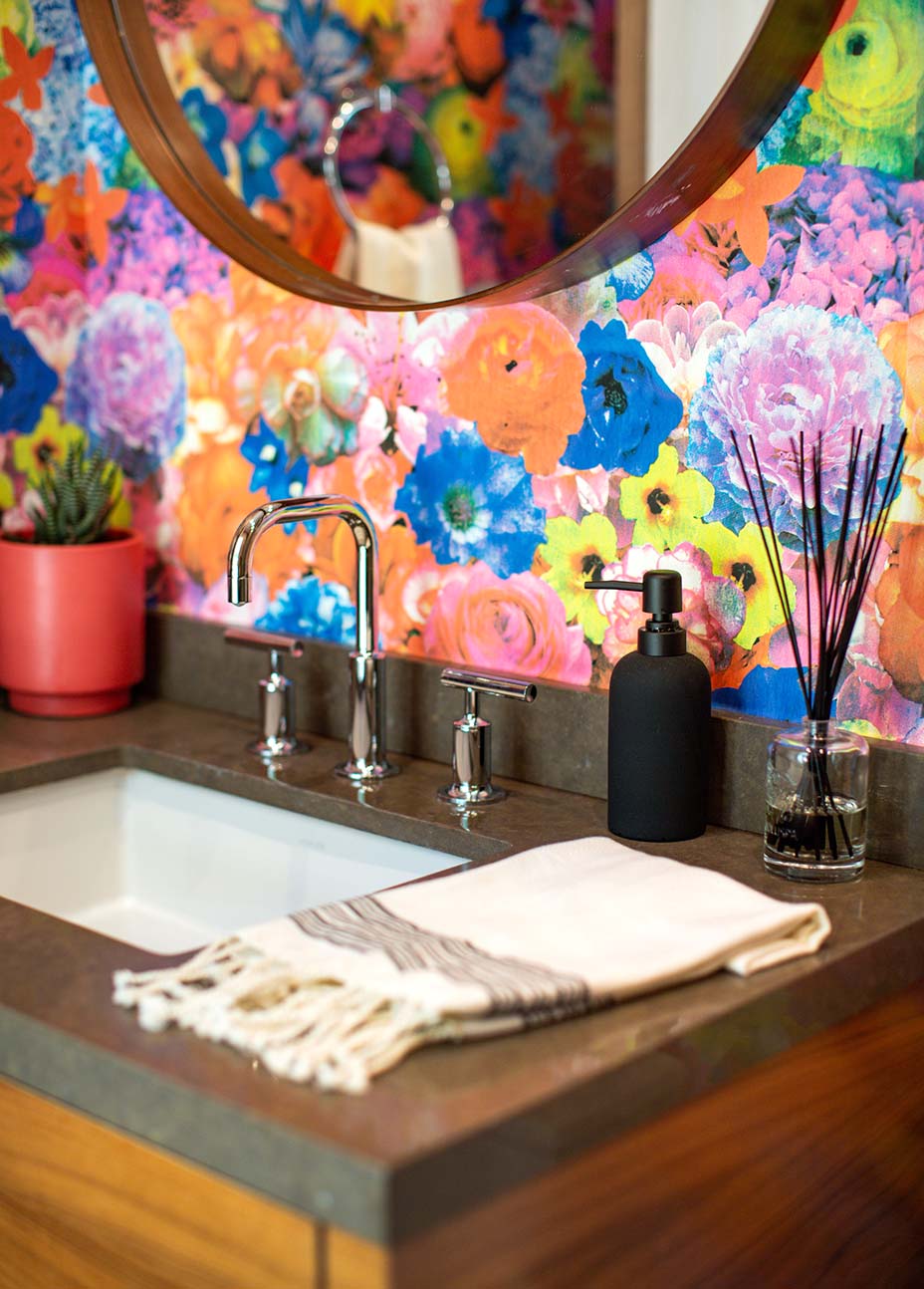