Irun my house and it’s a full-time job running this studio,” Edith “Edie” Mayer Goetz said in 1967, settled in her Holmby Hills mansion, the epicenter of Hollywood social life for more than 20 years. Her father, Louis B. Mayer, had built MGM into the most prestigious studio during Hollywood’s golden age. Her sister, Irene, married Gone With the Wind producer and studio exec David O. Selznick. And Edie’s husband, Bill, ran 20th Century Fox and then Universal-International, where he gave Natalie Wood, then 7, her first credited role, in 1946. Edie’s legendary dinner parties, held within pastel interiors designed by actor-turned-decorator William Haines and where more than 60 Impressionist paintings hung, echoed the smooth elegance of her father’s musicals. Irene (who became a Broadway producer after divorcing David and had a decadeslong feud with her sister) once wrote: “Entertaining became her career.”

Recalls Tina Sinatra, who was her father’s date at the Goetzes’ dinner parties in the 1960s, “It was what Hollywood used to be, they personified that.” Frank Sinatra and the Goetzes were close friends: Edie and Bill often flew on Sinatra’s private jet to his Las Vegas concerts. The Goetzes also were best man and matron of honor at his 1966 wedding to Mia Farrow at Vegas’ Sands Hotel, after which Edie feted the newlyweds at her home. (The marriage lasted 13 months.) 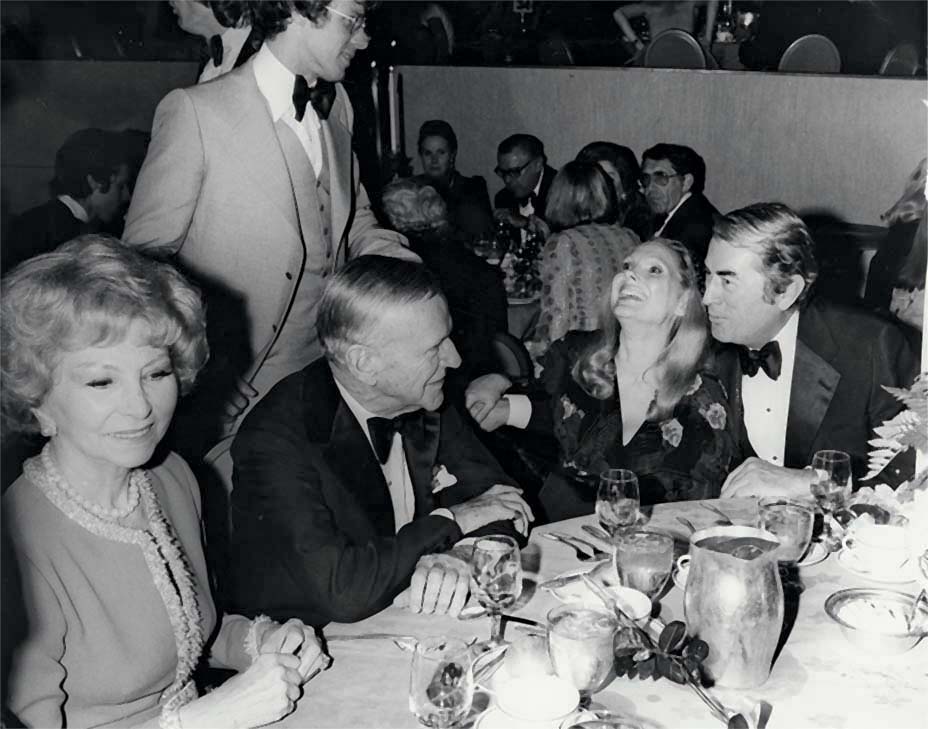 For more than 40 years, Edie maintained notebooks — never before publicly seen — filled with the details of every party she hosted, listing the guests, food served and movie screened. “You can read the whole history of Hollywood just from my book of menus,” she once said. One dinner in 1948 included Jack Benny, Ingrid Bergman, Claudette Colbert, George Cukor, Douglas Fairbanks Jr., John Huston, Deborah Kerr, Louis B. Mayer, Ray Milland, Rosalind Russell and Loretta Young. The meal included fried chicken, suckling pig, roast beef, spaghetti and meatballs and sauerkraut and frankfurters. “It was considered a coup to be invited,” says Maria Cooper Janis, the daughter of Gary and Rocky Cooper (they built an A. Quincy Jones house next to the Goetzes in 1954). Cooper Janis fondly remembers Edie’s signature coffee ice cream bombe cake. 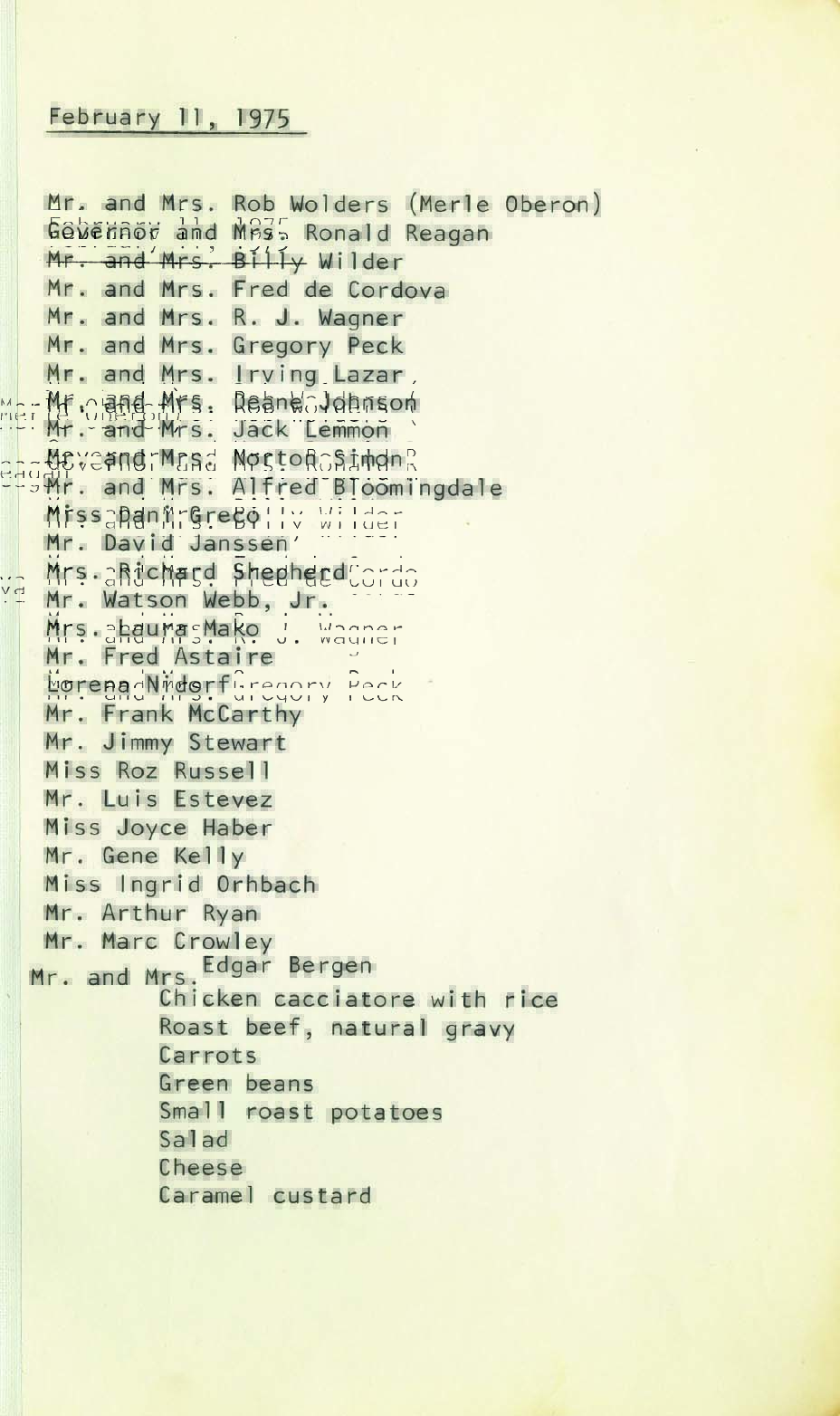 Robert Wagner grew up in Bel Air playing with the Goetzes’ two daughters and attended Edie’s dinners for 30 years. “Everything was the best that you could have,” he recalls. Edie was known for employing the best chefs in town (one left for Universal Pictures’ commissary, which became known for the finest food of any studio lot) and a butler who once served the Queen Mother in Buckingham Palace.

After dinner, invitees adjourned to the aqua-blue living room for a performance by fellow guests (think Judy Garland duetting with Bing Crosby) or a movie screening. Edie always sat in the same corner of a sofa, and with the press of a button, the drapes would close, the lights would dim, a custom-composed fanfare would play from hidden speakers, a 20-foot-wide screen would be lowered from the ceiling and a panel on the opposite wall (on which a Monet and a Renoir were secured) would rise upward to reveal projection booth windows. Cooper Janis says the panel caused a stir in Hollywood — opinions were mixed as to whether it was vulgar. Tina Sinatra remembers touching the tutu of Edgar Degas’ bronze The Little Fourteen-Year-Old Dancer, which stood in the hallway. “Everyone wanted to touch it,” she says. “You couldn’t help it.” 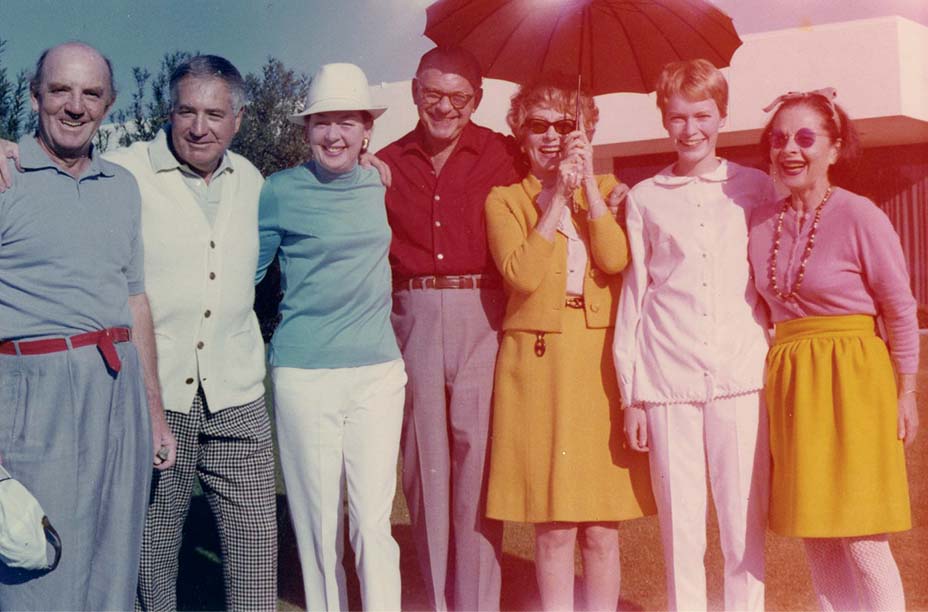 Edie Goetz lived in the house for 41 years until her death in 1988 at age 82. (The Goetzes’ art collection sold at auction that year for $85 million.) The home most recently sold in 2017 to Nicolas Berggruen for $42 million. The two original 35mm film projectors still stand behind the living-room wall.

They are reminders of a vanished time in the industry. In 1967, the Los Angeles Times profiled five couples who were at the top of what it called “The Hollywood Establishment,” including the Goetzes and Russell and Frederick Brisson. The article recounted an evening at the home of the latter couple, where one guest was Barbra Streisand (then a year away from her big-screen debut in Funny Girl): “So loosened up was one guest at a recent party … that abruptly he said to Barbra Streisand: ‘You haven’t made it yet, have you, kid?’ Even Barbra was baffled and after an embarrassed silence, the guest added, ‘You haven’t been to the Goetzes.’ “ 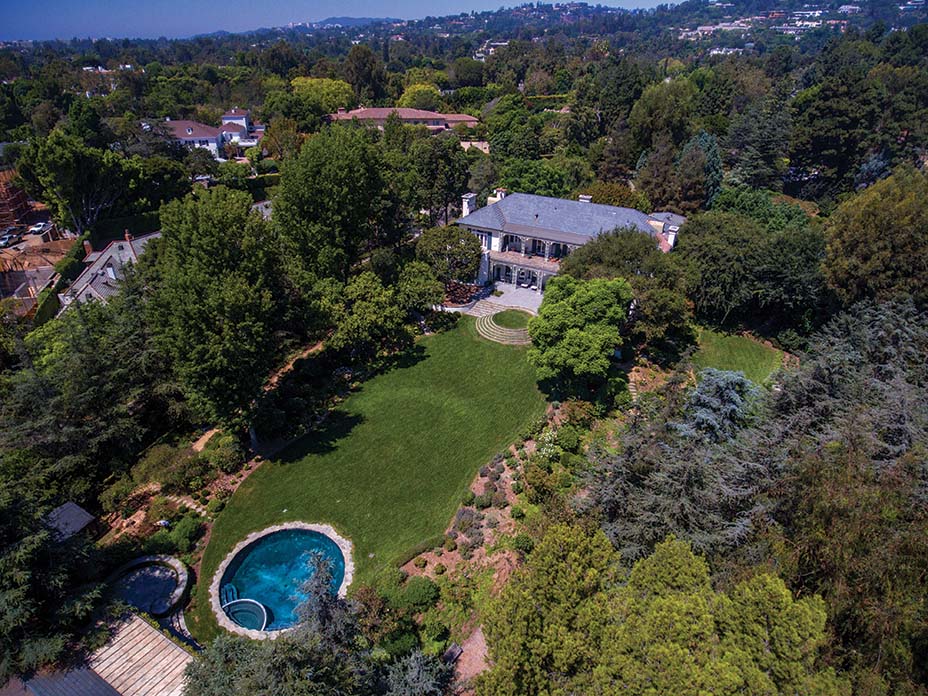