Sixty models, 54 designers, six days of fittings and 1,205 looks. That’s Lagos Fashion Week in a nutshell for Joan Reidy, who was tasked with providing creative direction and styling for the hotly tipped multiday event (Oct. 24-27) that shines a spotlight on both up-and-coming and established African fashion designers.

“The continent is multifaceted and varied, and Lagos Fashion Week is a true representation of that,” says Reidy, noting the diversity of participating designers from across Africa, including internationally recognized Nigerian labels such as Maki Oh, Mai Atafo and Lisa Folawiyo.

“You’re basically doing an entire fashion week in three days,” says the Brooklyn-based stylist, costume designer and brand consultant, who kicked off her career as an assistant to Andrea Lieberman (who went on to found the clothing label A.L.C.). Since then, she’s gone on work with a slew of celebrity clients including Jennifer Lopez, Drew Barrymore and Gwen Stefani, while cutting her teeth on high-profile projects as the assistant costume designer for Madonna’s MDNA tour, and as lead assistant stylist alongside Marni Senofonte for Beyonce’s Lemonade visual album and 2013 Super Bowl half-time show.

Needless to say, she was up for the challenge of Lagos Fashion Week once again this year, after serving as head fashion stylist for the event in 2017. 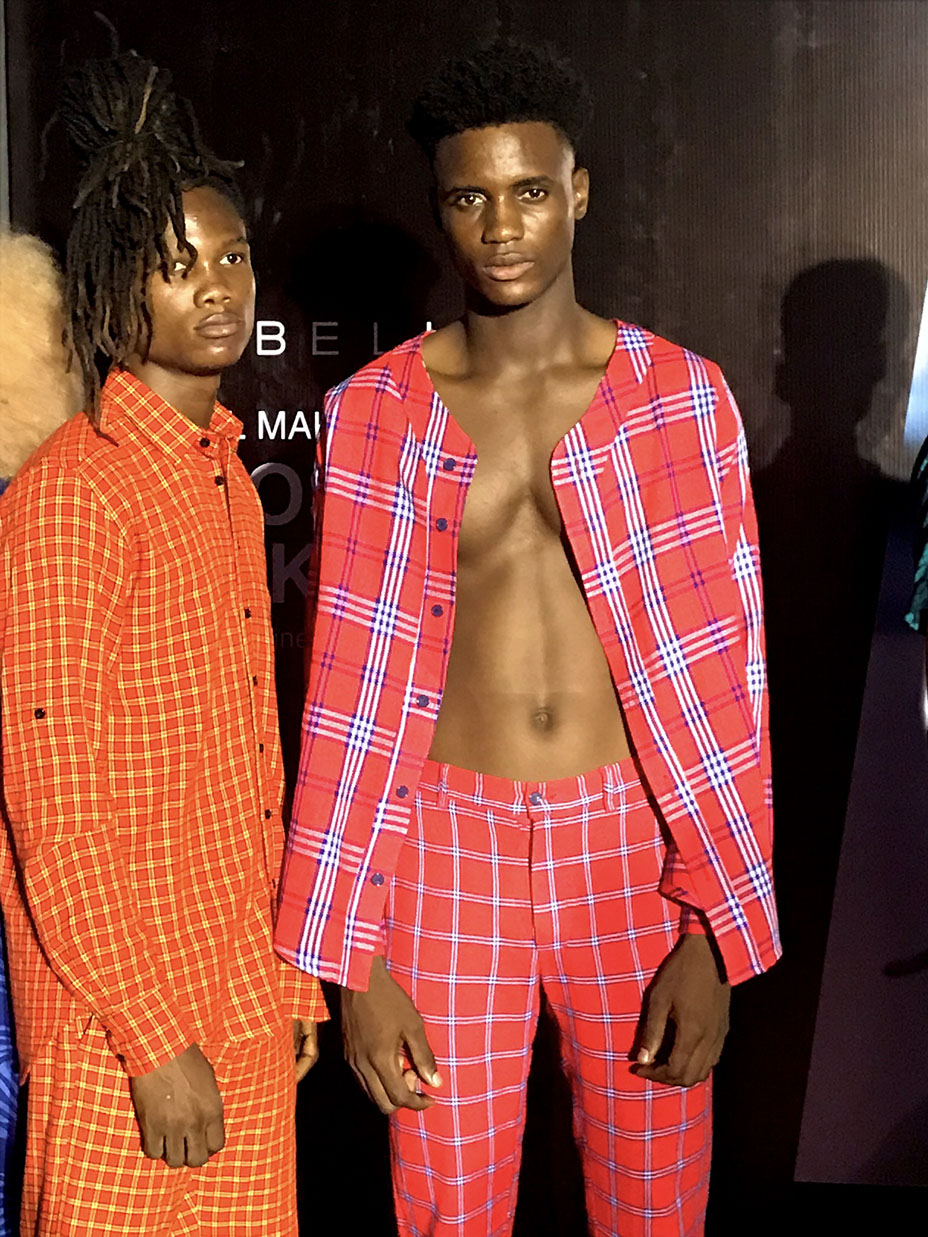 Above, a look from the label Studio One Eighty Nine, founded by Abrima Erwiah and actress Rosario Dawson.

Over the course of three days, Reidy, with a local production team, immersed herself in all aspects of Lagos Fashion Week, which draws a cadre of international editors, buyers and African influencers. “Fashion is never just about the garment,” she notes. “It is so much more than that. It is capturing a moment. It is a representation of many people’s hard work and creative choices. It is about a story, who is wearing it, where they are wearing it, how they made the choice to wear that garment.” 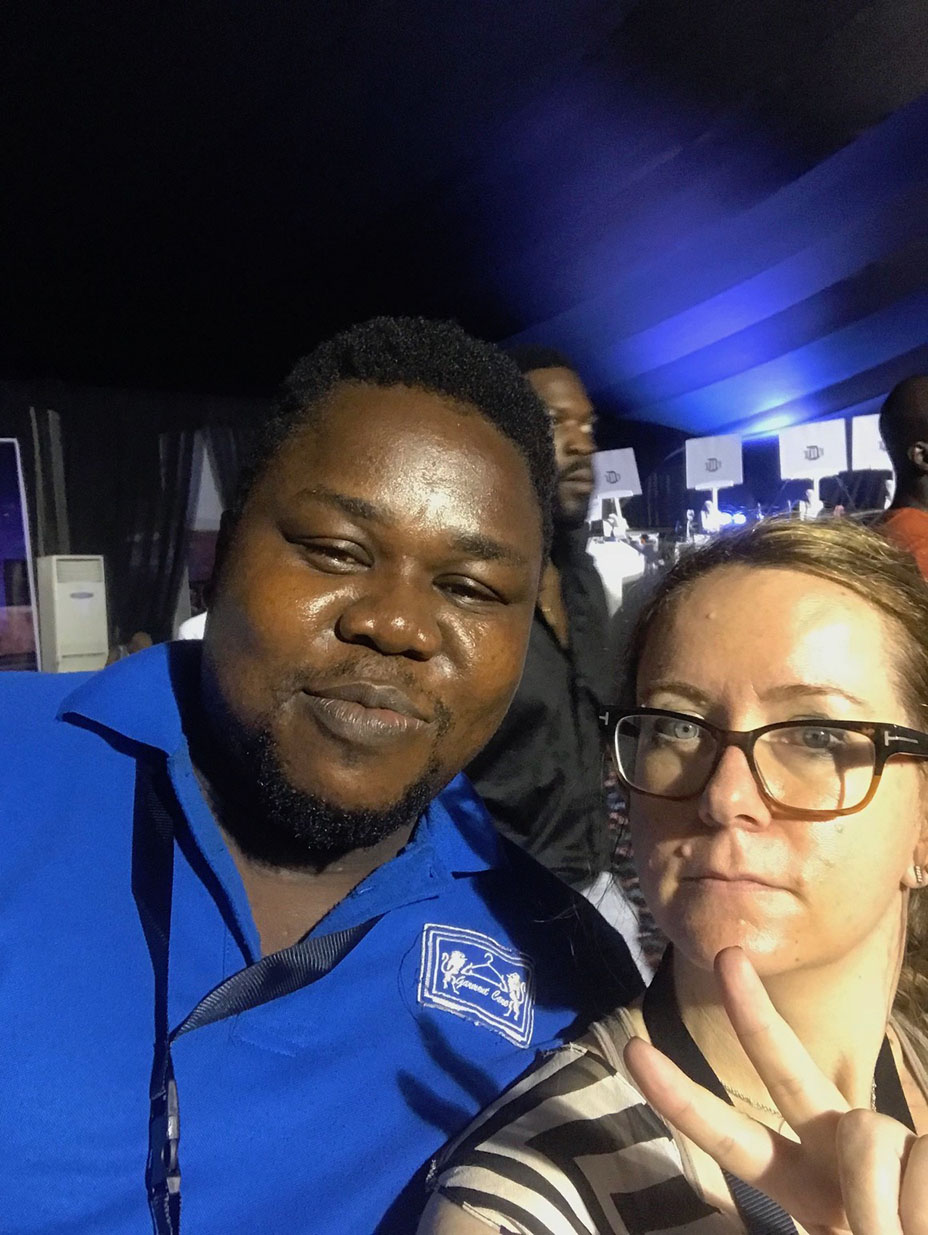 “The pressing team from Garment Care were the unsung heroes of fashion week. They pressed all the garments, all day, every day for 54 designers.”

“Because resources are different there, the shows don’t have the same structure you would have in Paris or London,” notes Reidy, who discovered some of the challenges faced by designers in bringing their collections to Lagos, such as modesty wear brand House of Kaya’s Ibrahim Aminu, who didn’t make it until the day of his show due to military conflict — and subsequent curfews — in the northern part of the country, where he is from.

Here, Reidy shares a few glimpses of Lagos Fashion Week through her eyes, along with some of her must-visits when in the Nigerian capital. 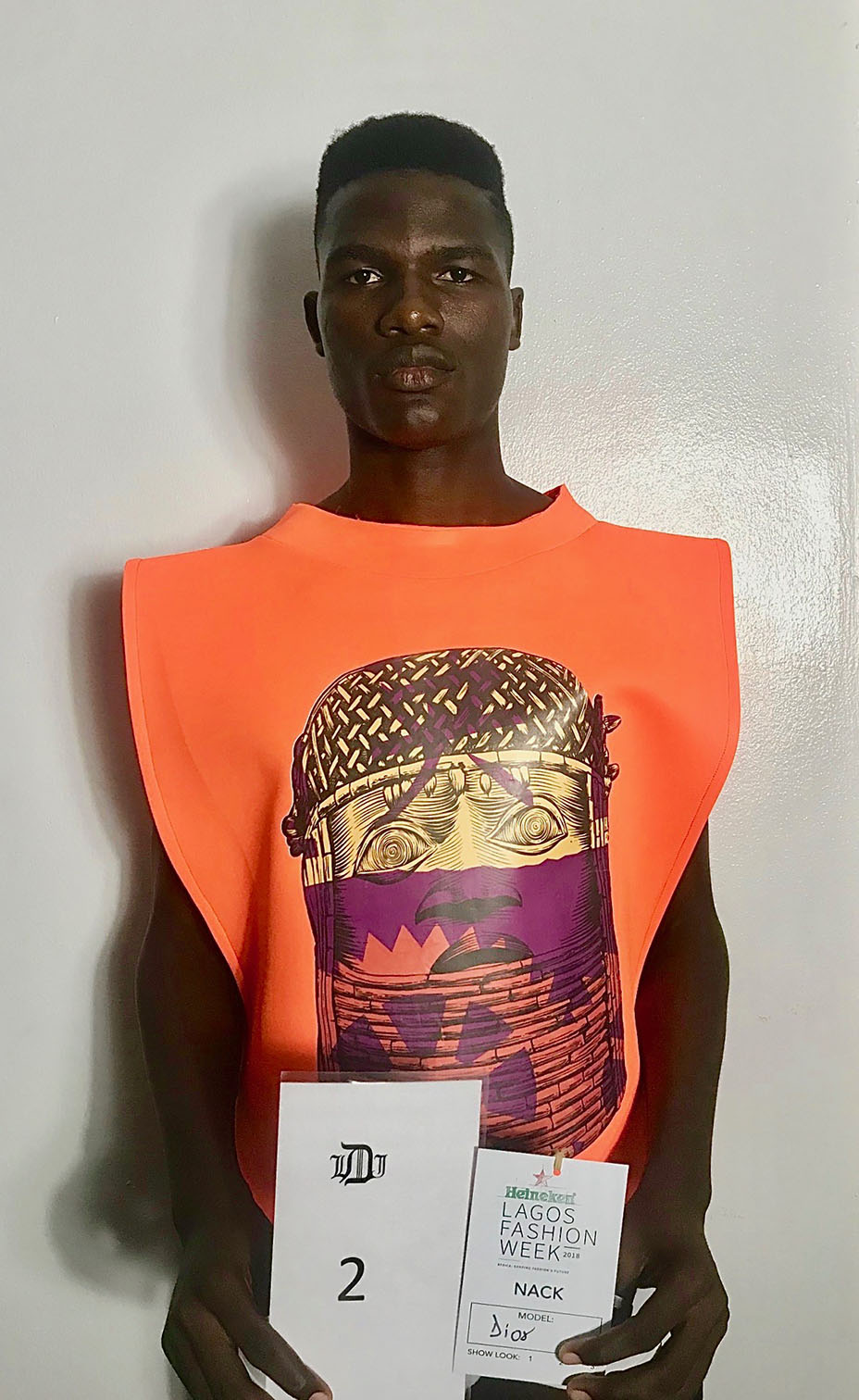 “A fitting photo from the streetwear fashion line NACK. I love that this model, Dior, is from Benin, and NACK uses this image of a sculpture from Benin in its collection.” 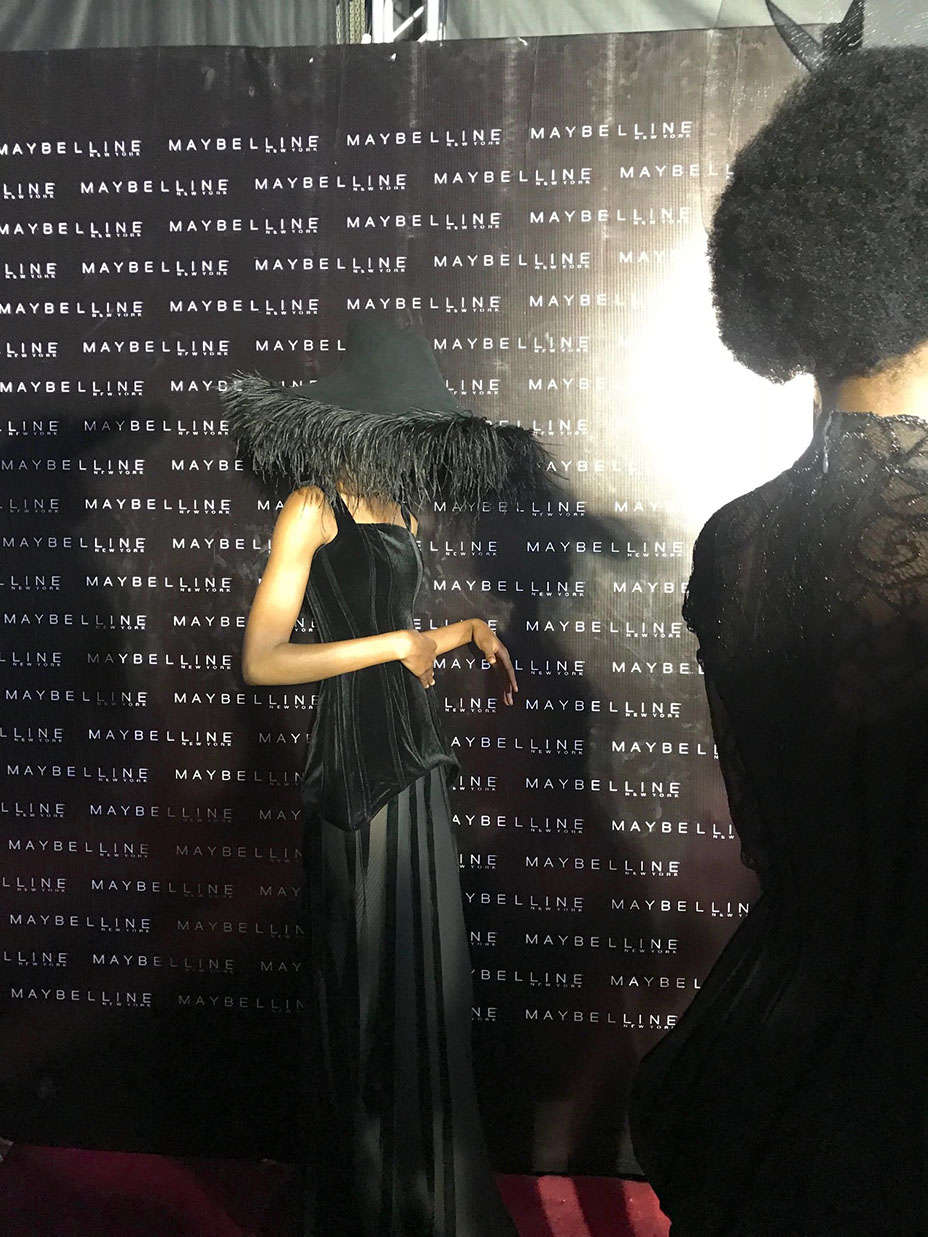 “A lone look in the lineup from Clan. So chic and understated.” 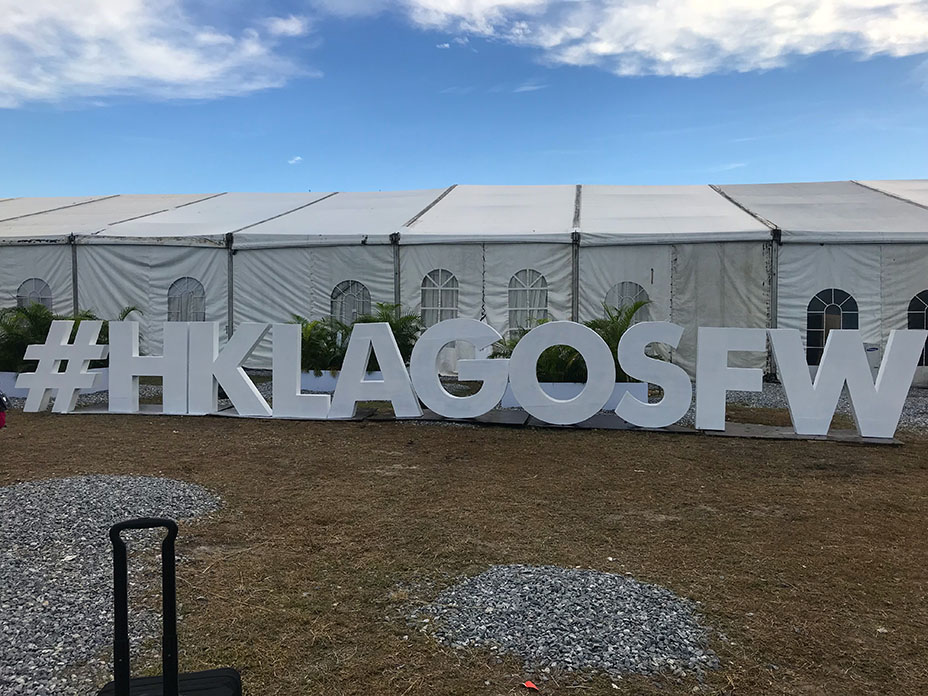 “Because no fashion week is complete without its own hashtag.” 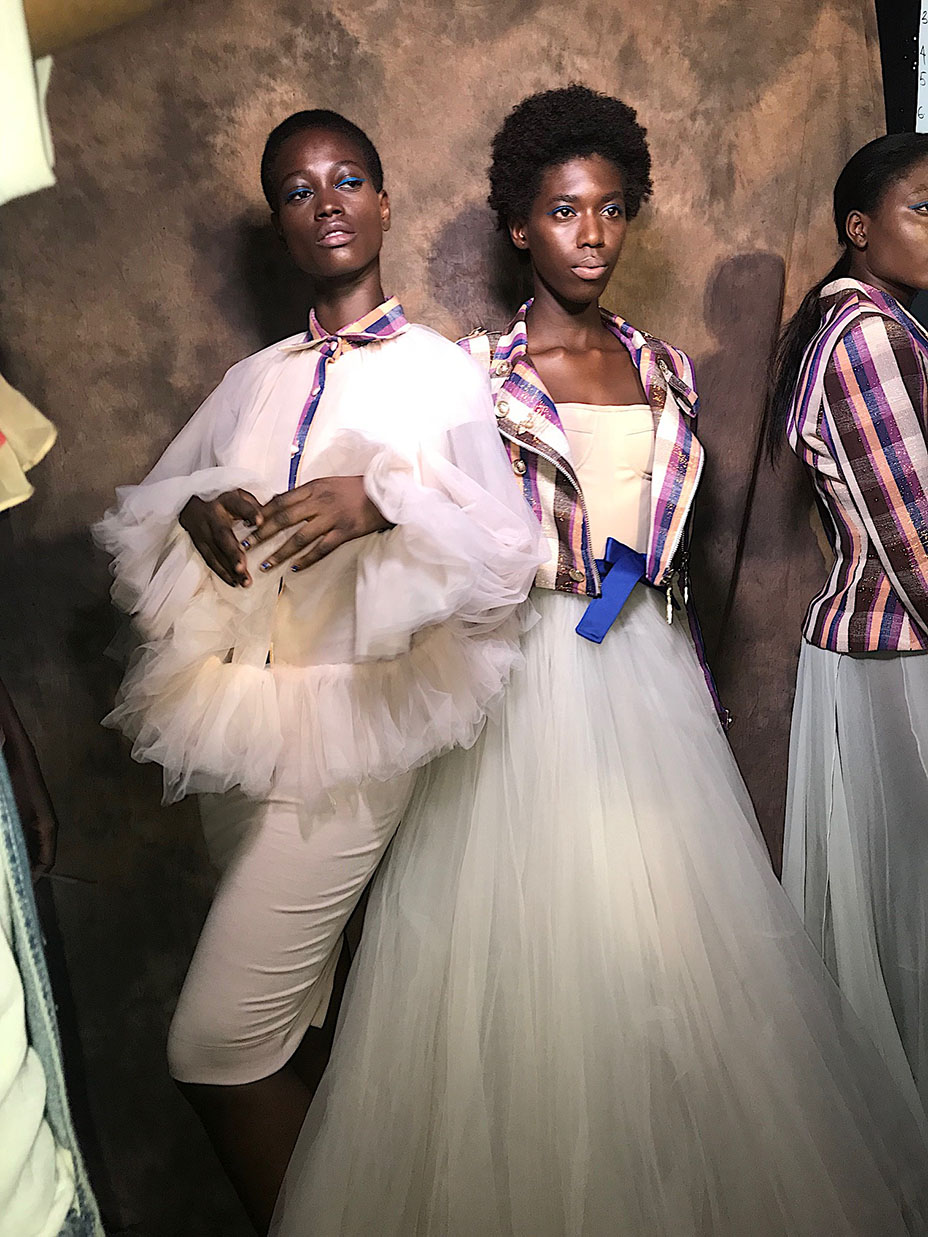 “These two looks are by the lovely Elie Kuame.” 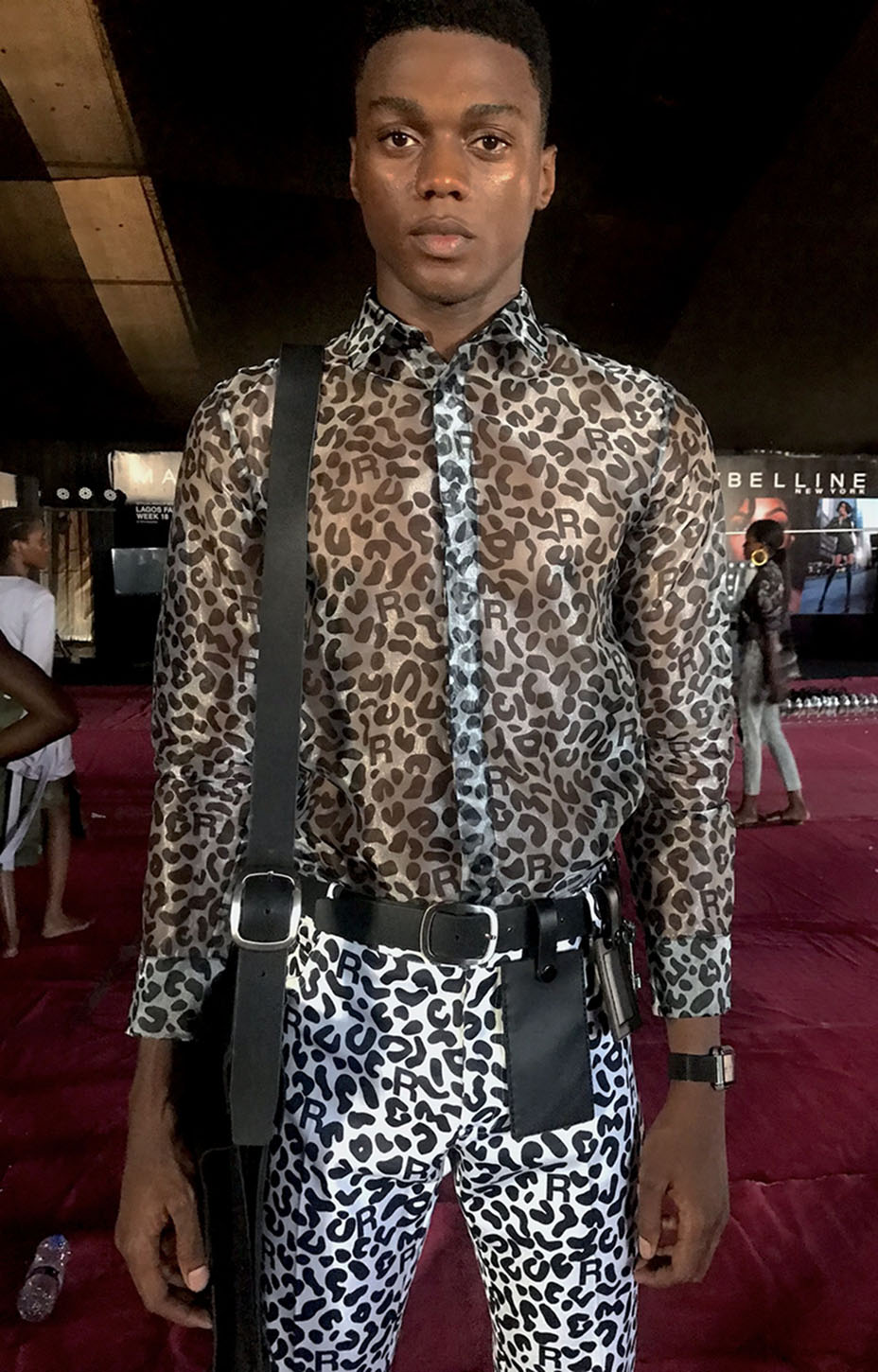 “A Rich Mnisi look. A good leopard print is timeless and universal.” 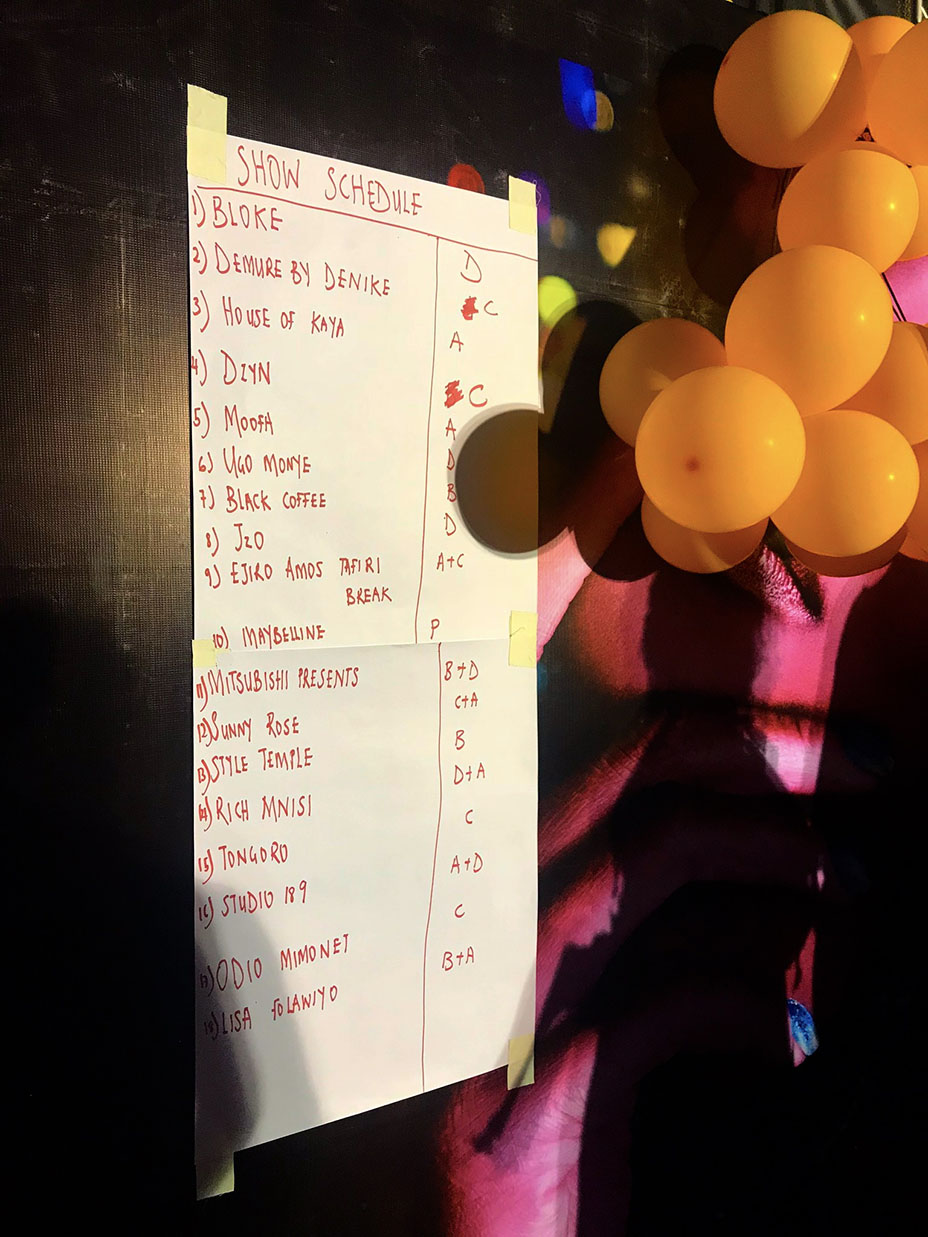 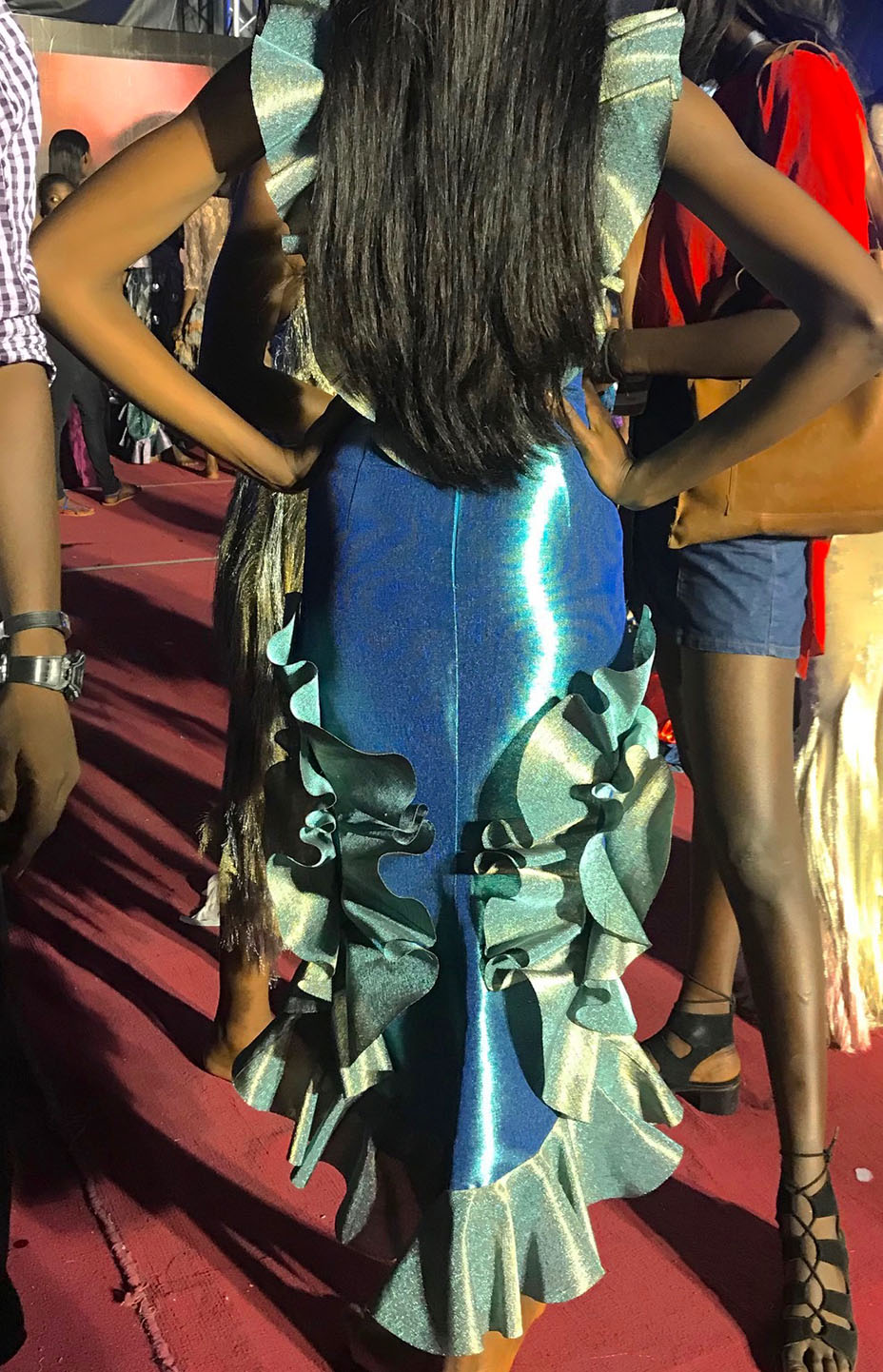 “Detail back shot from House of Deola.” 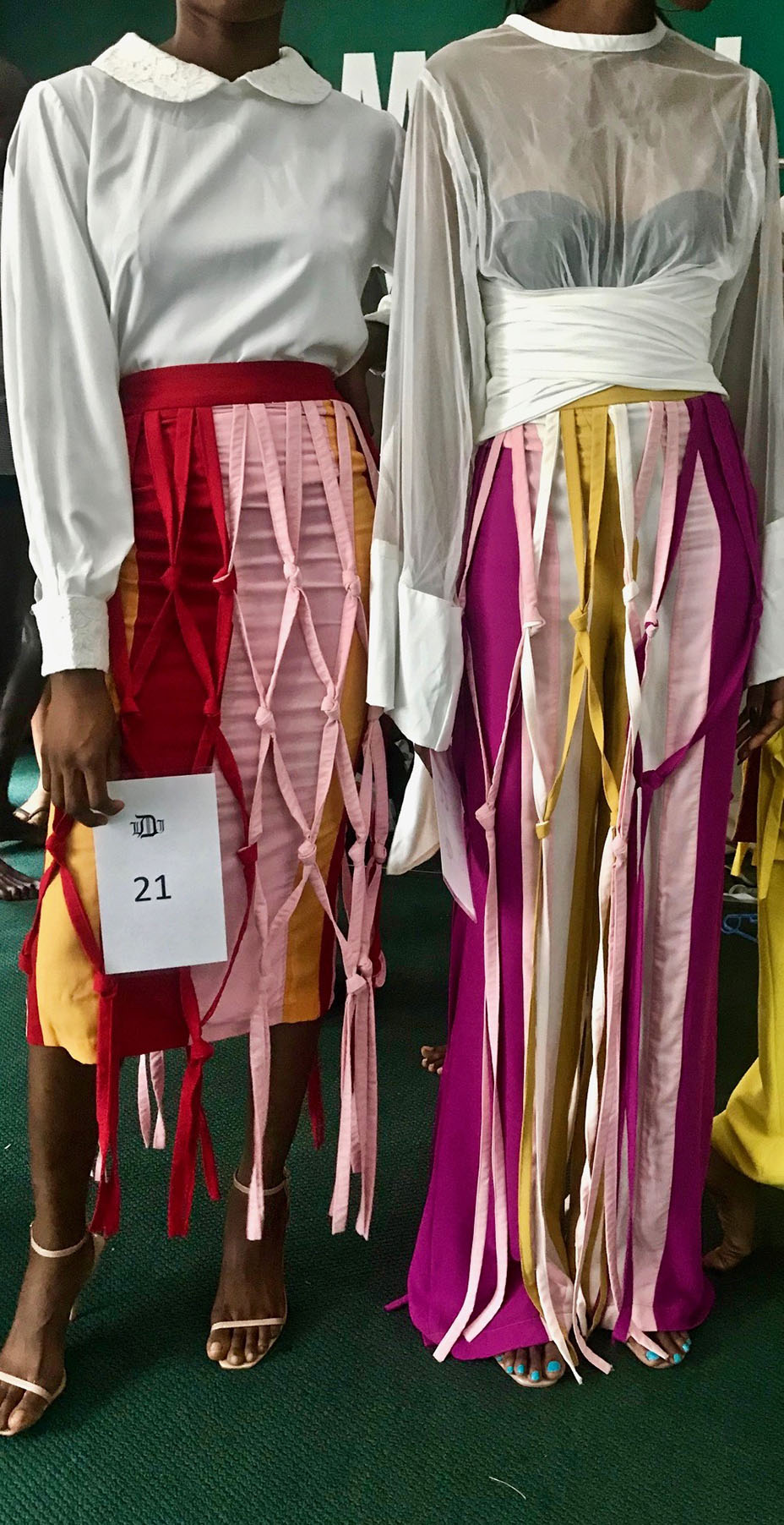 “Detail of a fitting photo from Sisiano.” 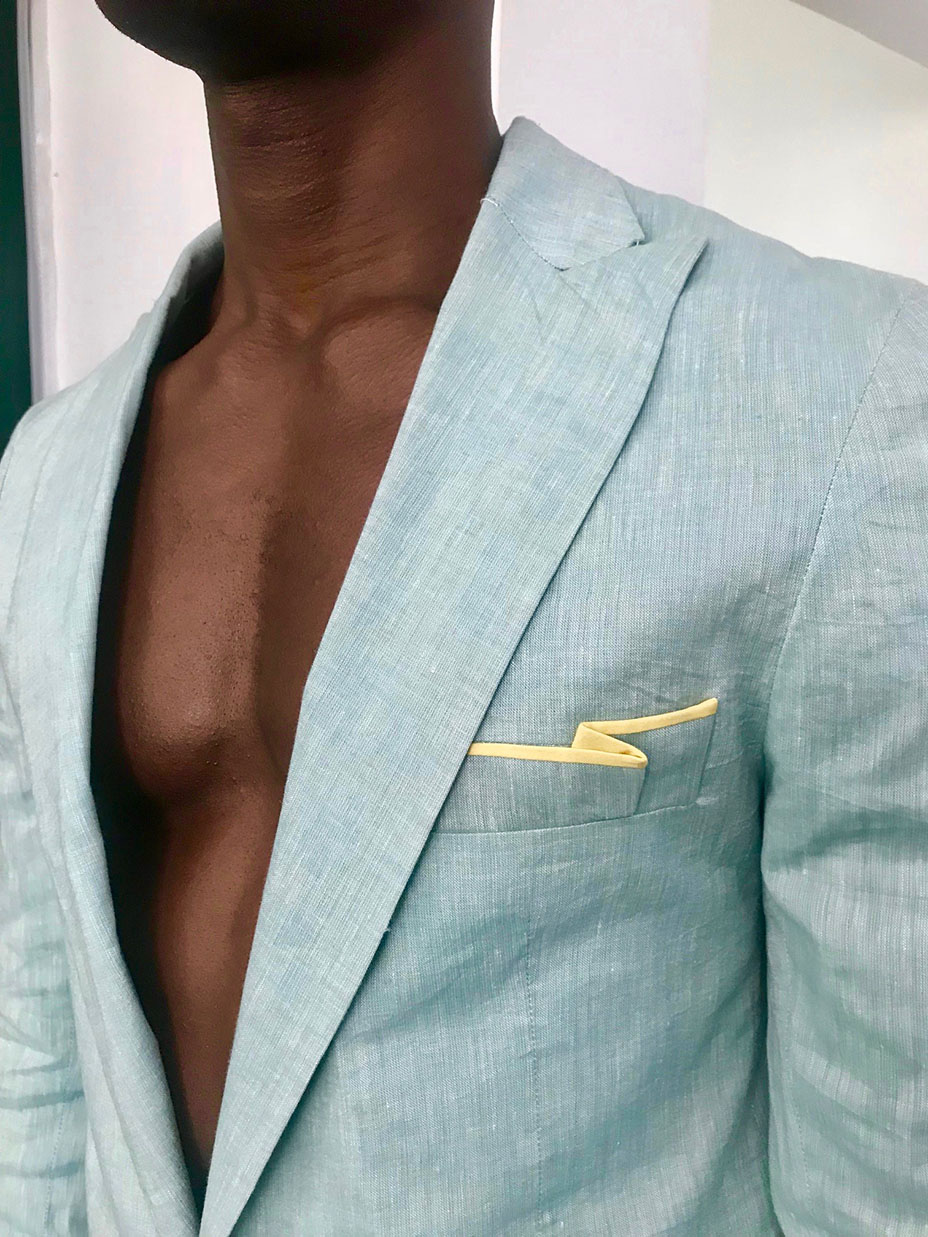 “A jacket by Kelechi Odu.” 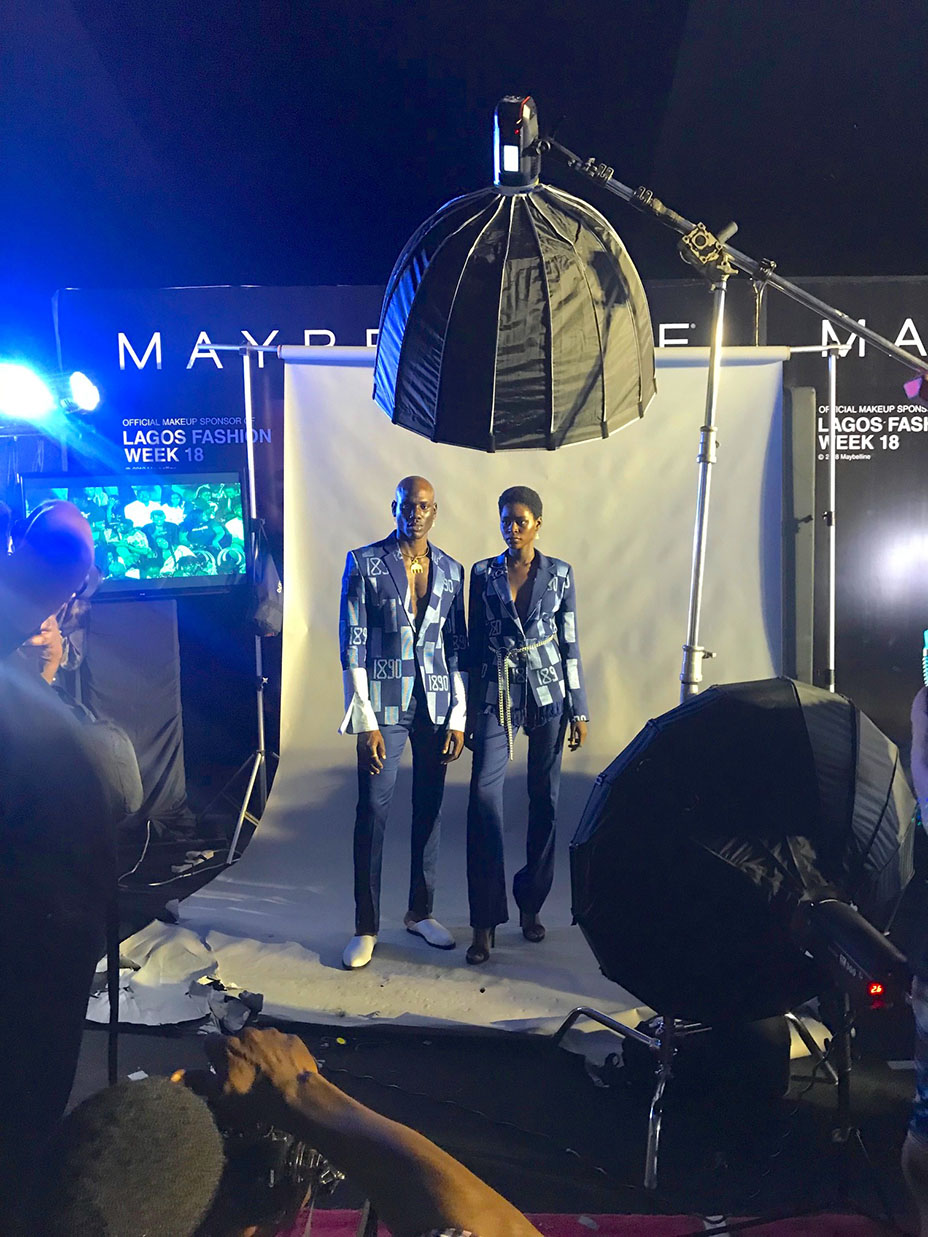 “A backstage photo shoot with Emmy Kasbit collection while shows are happening.” 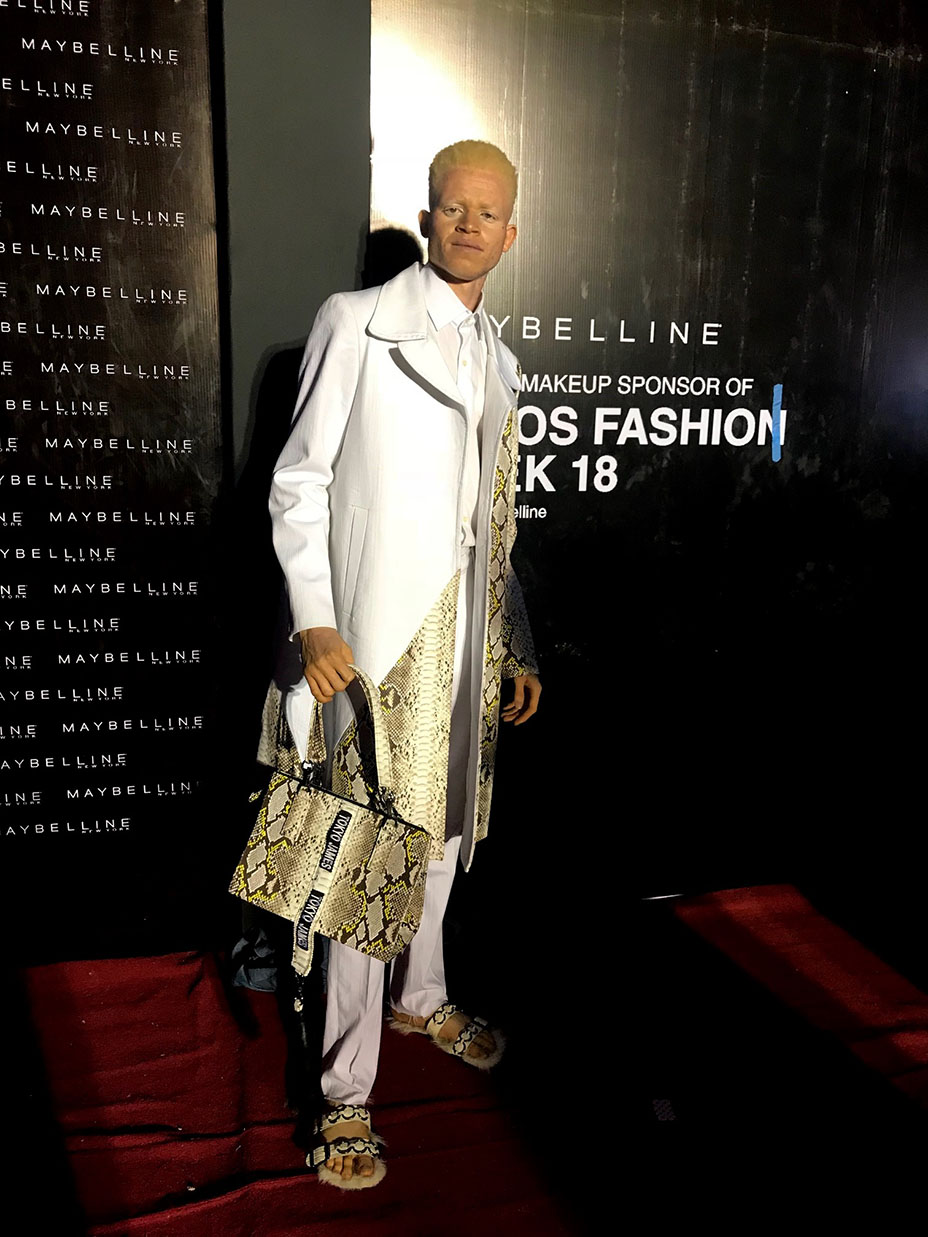 “This was Gideon’s first season walking on the runway. The fact that he got cast is a testament to Lagos Fashion Week expanding the diversity of its casting. Here he is in Tokyo James.”