Continue to The Hollywood Reporter SKIP AD
You will be redirected back to your article in seconds
Skip to main content
April 21, 2017 11:28am

Move over, green juice — it’s all about ice cream.

The highly anticipated Museum of Ice Cream has set up shop in downtown L.A.’s Arts District after a stint in New York last year. The location is hard to miss: Nestled among industrial-looking warehouses covered in graffiti, there’s the MOIC with its blindingly bright pink paint job, reminiscent of the famously Instagrammable Paul Smith Pepto pink building on Melrose Avenue.

So what exactly is the Museum of Ice Cream?

For starters, it’s less history lesson and more Willy Wonka interactive art installation, boasting everything from old-school pink pay phones where you listen in on a greeting from so-called ice-cream fairy Seth Rogen (who was apparently so taken with the New York iteration of the museum that he volunteered his services for the L.A. outpost) to the last gallery, which features a swing set in the shape of a Neapolitan ice-cream sandwich.

Steven Spielberg's 'The Fablemans' to Launch in New York and L.A. Theaters Early

'This Is Us' Team on Destigmatizing Aging and Illness: "We Were Telling the Story of Millions of Families"

There will be tastings, of course — each admission ticket comes with two ice-cream scoops. The museum has a rotating “scoop of the week,” featuring flavors from coveted creameries in California, including McConnell’s, Salt & Straw, Coolhaus and CREAM. Dove has also partnered with the museum, offering chocolate to all and the opportunity to find a “golden ticket” and win a prize at the end of their dessert destination. 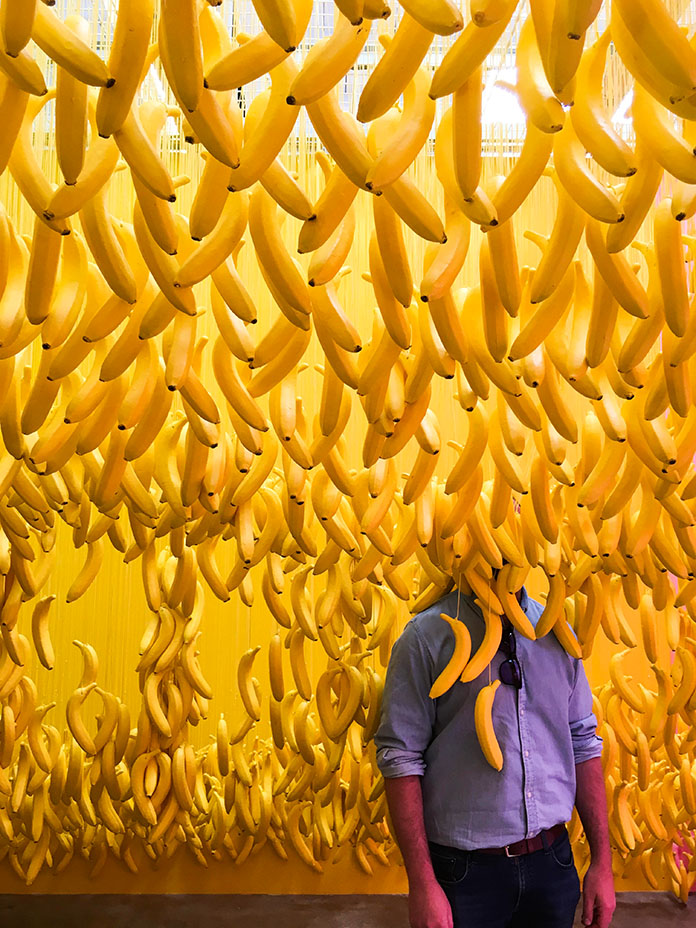 It was having “a true passion for ice cream,” said co-founder Manish Vora, CEO of digital storytelling space Lightbox, that led him and fellow ice-cream connoisseur Maryellis Bunn, former head of innovation at Time Inc., to come up with the concept.

“Our view is that everything from your restaurant experience to your retail experience is being changed by Instagram and Snapchat,” said Vora. The social media experience was one component of building the museum, but also “the actual social human component, which is why it’s a high-touch experience,” he said. 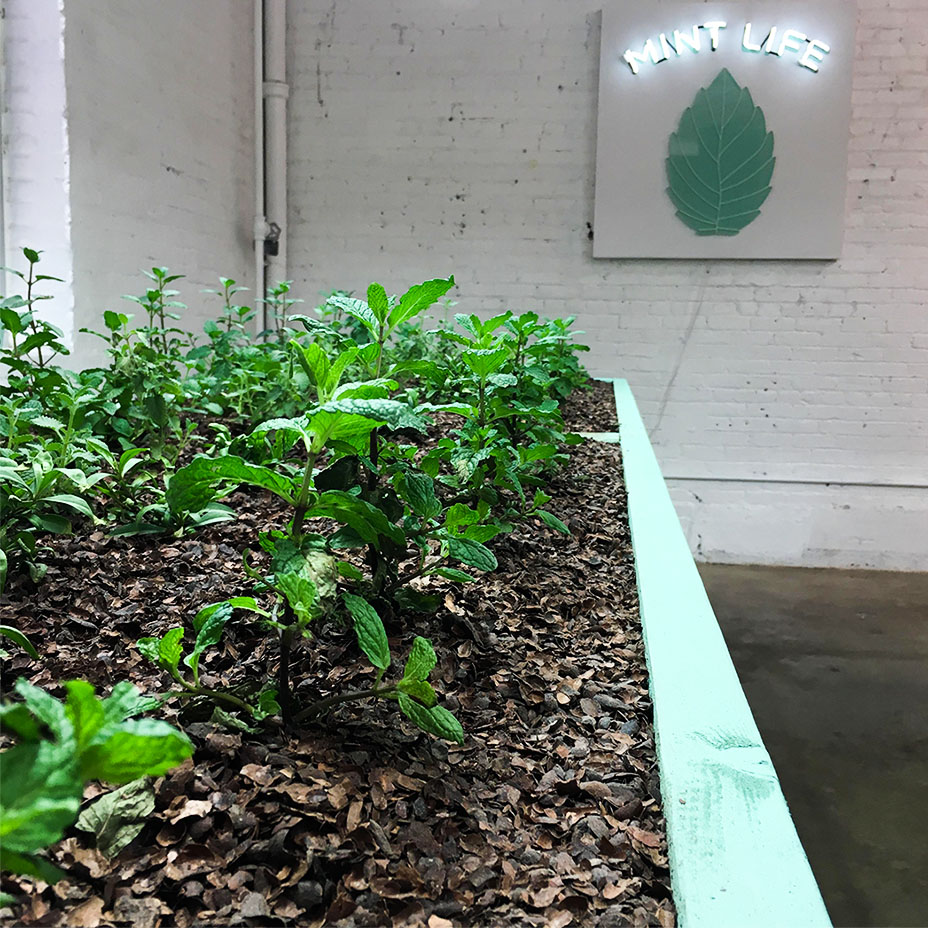 To be sure, photo ops abound, but so do socially interactive experiences. There’s the scratch-and-sniff banana-patterned wall; a “banana split” comprised of 10,000 bananas hanging from the ceiling like some kind of Chiquita fantasy grove; a mint “grow house” for growing — you guessed it — mint for mint-chocolate-chip ice cream; and a life-size melting-Popsicle jungle. Arguably the most exciting of all, though, is the 4-feet-deep sprinkles pool that’s filled with 100 million colorful (nonedible) sprinkles and inflatable floats in a pink-tiled room. Just don’t be surprised if you end up leaving a rainbow trail behind you when you leave. (Guilty.)

Being in L.A., the museum wouldn’t be complete without paying tribute to Hollywood. A room dedicated to Southern California features a “Venice Cream” sign (a play on the iconic Venice sign), the museum’s take on the Hollywood sign and a makeshift Hollywood Walk of Fame with cheeky stars like “Scoop Dogg,” “Brad Pittstachio” and “Cherry Seinfeld.” 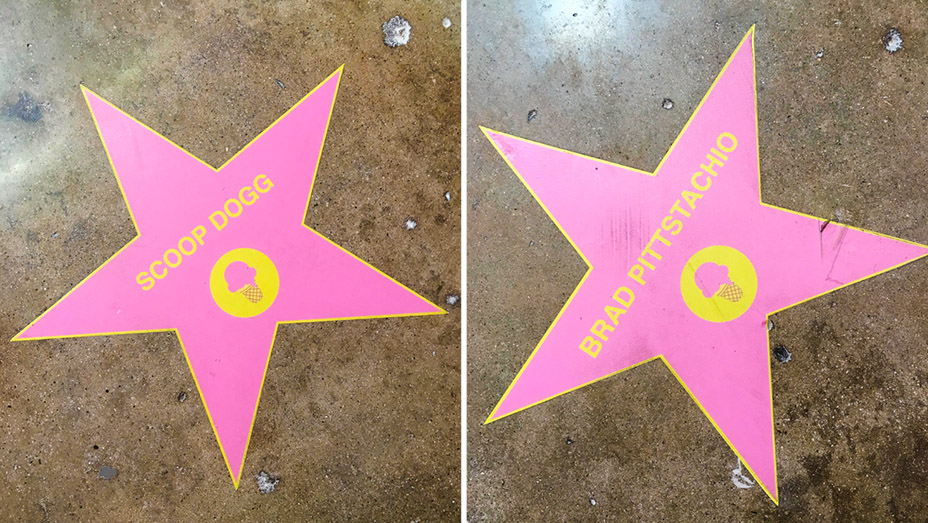 Like everyone else, celebrities have shown interest in visiting the museum — Rogen is one enthusiast.

“Lauren, Seth’s wife, has a real design sense, and we had a really great conversation about museum design, and she said, ‘If you guys ever come out to L.A., just reach out.’ So we said, ‘If we’re going to ask someone to do an opening, let’s ask somebody who’s been to the museum and loves it,’ ” Vora explained of how the Neighbors star ended up recording the phone-call greeting for the museum. “Seth volunteered this time, and Lauren helped to create that opening.”

However, don’t expect any special treatment just because you’re an A-lister.

“We had a ton of celebrity interest in New York, and we certainly know from our customer-service emails that a lot of celebrities have reached out. We don’t have a velvet-rope kind of experience here,” noted Vora, who didn’t disclose any names. “One of the great things about ice cream is that it’s democratic. If celebrities come and have tickets, they can wait in line and come through like everybody else.”

As they say: We all scream for ice cream. 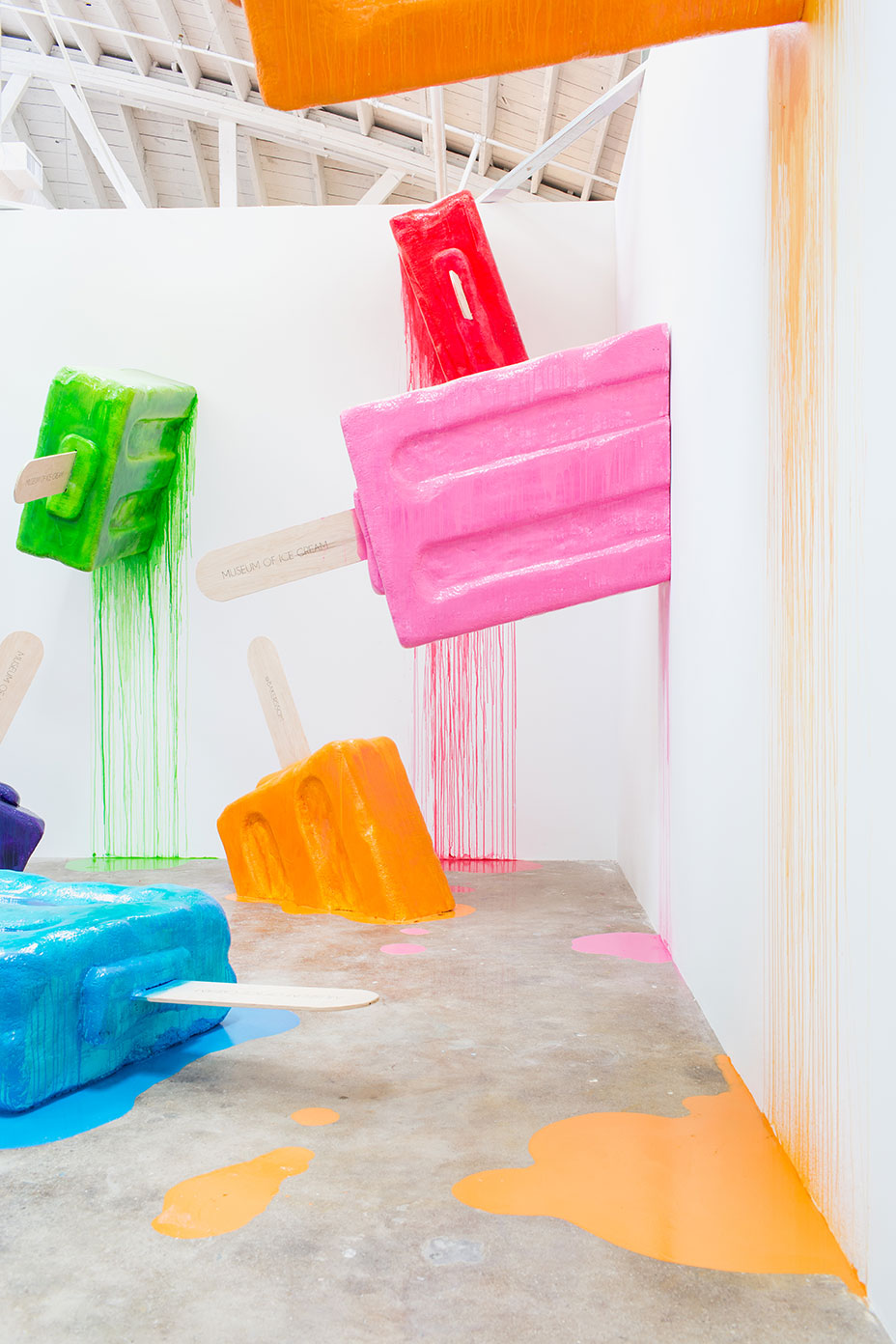