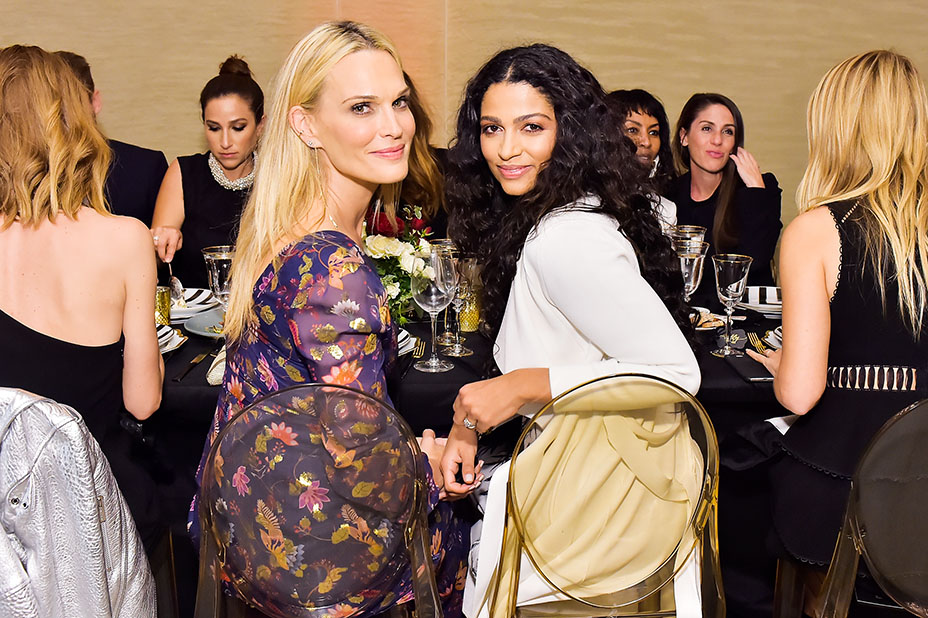 Soon the dinner and fashion presentation seemed to morph into a reality show, as Kris Jenner came sweeping in with her Keeping Up With the Kardashians video cameras in tow, joined by Paris Hilton (one of the notorious #Kimclones to appear in teasers for Yeezy season 6) for a seemingly endless array of photo ops. In a wink to her recent engagement to Chris Zylka, Hilton donned a red heart-shaped bag emblazoned with the word “Taken.”  And in another six degrees of separation, stylist Monica Rose (who mysteriously parted ways with the Kardashian clan last year) was also in the house. 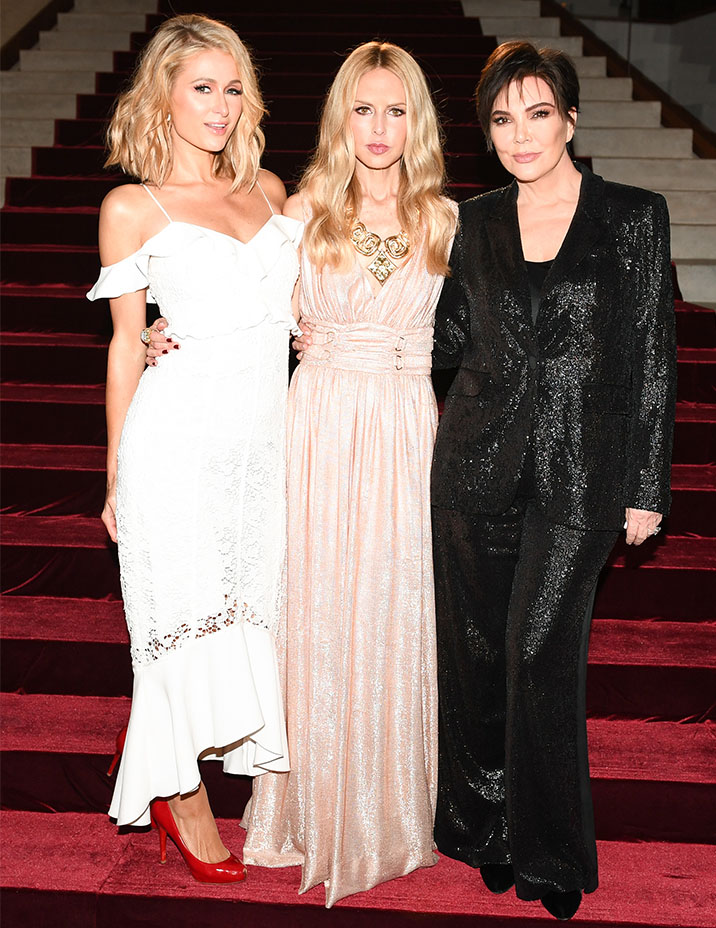 Oh yes, back to the clothes. Walking to a soundtrack heavy on Stevie Nicks and ‘80s disco tunes, models stepped out in looks that Zoe described to The Hollywood Reporter pre-show as “very glam-rock, very sensual but not overtly sexy. All my favorite elements in one collection: sequins, jewel-tone velvets, gold lace, silk fringe, high boots and platform heels. Happiness.”

Romance met rock ‘n’ roll in key pieces such as flirty fringed mini dresses, glitzy jumpsuits, sleek leather-and-suede pants, foiled lace midi dresses, splashes of leopard print and a gold beaded-and-embroidered black suede bomber jacket. But Zoe’s main message of the evening (in support of the Time’s Up and #MeToo movements) was communicated in sumptuous new riffs on Le Smoking tuxedos, one of her strong suits, in plush velvets and a croc-patterned metallic fabric. Program notes nodded to glam-rock icon David Bowie and a play between femininity and masculinity. 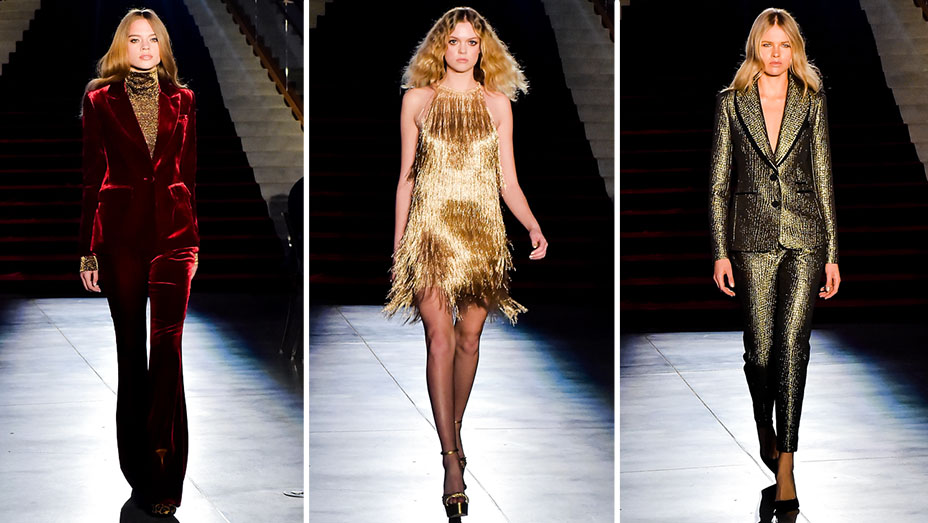 “I may sound redundant, but honestly I’m always inspired by the incredibly strong, powerful women in my life who are doing wonderful things,” said Zoe. “Everyone from Oprah [Winfrey] to Reese [Witherspoon] to Arianna Huffington. I’ve got a laundry list of women who inspire me to keep going. Every day, in my mind, we celebrate them. But when I look what’s happening in the world right now, I think, ‘Okay, this is such a moment for all of us.’

“When I launched my collection seven years ago, they said, ‘What do you want to be known for?’” continued Zoe. “And I said, ‘I want to be able to make a woman feel sexy and glamorous in a suit and a tuxedo,’ because I felt like there just weren’t enough of them.”

Six all-white looks at the end of the show marked the second season of the label’s bridal collection, ranging from a floaty hammered satin Chantilly lace gown to a chic moire bridal tuxedo. “I’m taking baby steps with bridal,” said Zoe. “I love when women get married in my clothes or wear them to the wedding. I just love being a part of that moment.” 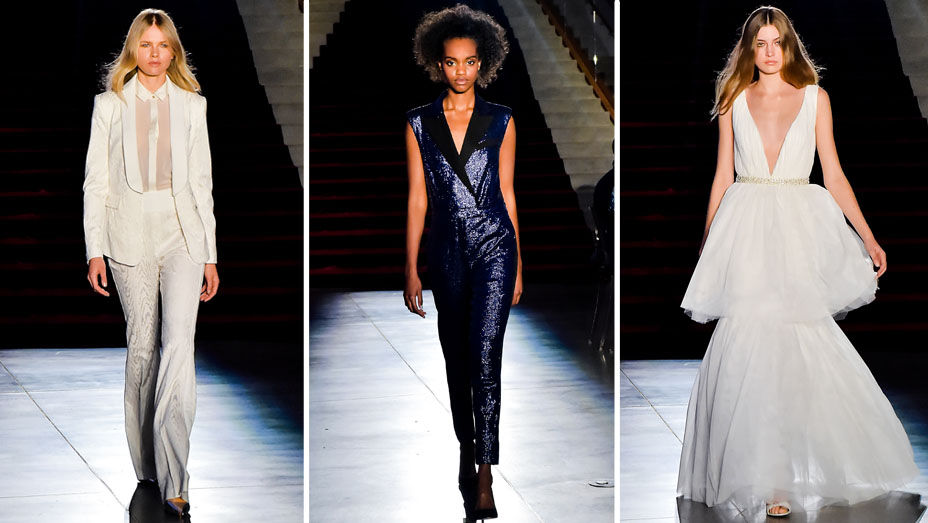 After the runway presentation, Zoe choked back tears while speaking once again to women’s empowerment. “It’s funny, everyone is saying it’s the year of the woman,” she said. “The funny thing is, every year is the year of the woman. And I don’t feel like we should ever single out a year. As a designer, I set out to make glamorous clothes that somehow can work into your everyday life. And I’ve seen so many of my designs come to life on so many of you here. And I just want to say it’s an honor and I want to say thank you.” (The last time Zoe was in the news was in December, when it was announced that she would be laying off some staff at her fashion and lifestyle site.)

Asked whether she misses being a super-stylist, Zoe told THR: “It’s funny, I didn’t miss styling for a long time, but lately I’ve thought about it more and I’ve had some friends say I have to come back to it. I might. But it has to be the right thing, because it’s hard for me not to do something 100 percent.”

As for the many hats she wears, Zoe said with candor, “I have to say, honestly, that the working-mom thing is the hardest challenge of all challenges. It just is. It’s a daily struggle.” 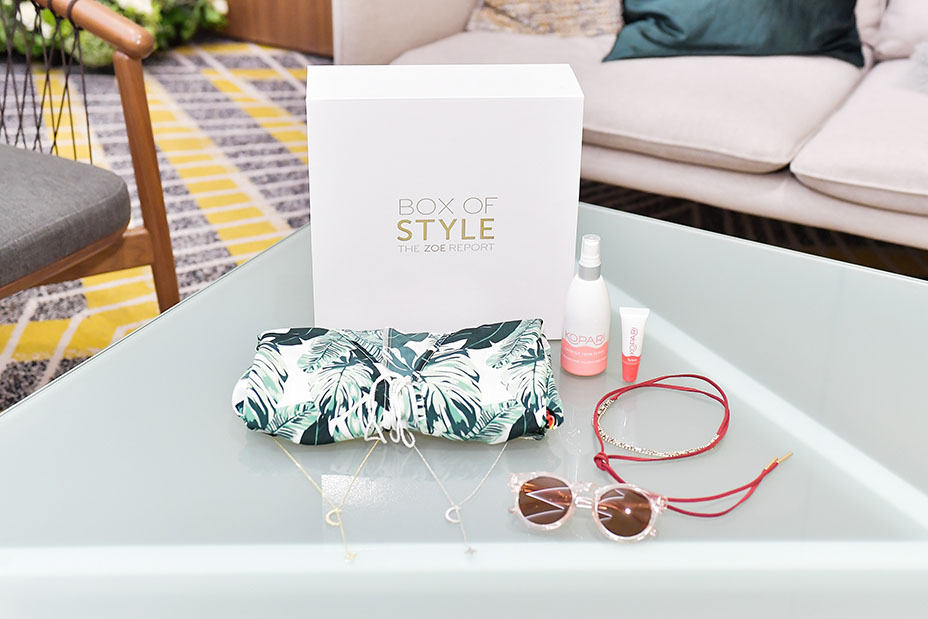 In their gift bags, guests got a sneak peek at the spring 2018 Zoe Report Box of Style, a quarterly subscription of curated fashion and beauty finds that Zoe initially launched in 2015. Valued at over $400, members pay $99.99 per edition or $349.99 annually. As an ode to the Golden State, the six March offerings are all by California-founded brands: Bonni Clyde sunglasses, a Lili Claspe lariat necklace, a Jen Atkin x Chloe + Isabel head wrap that doubles as a choker, Kopari Beauty toner and lip balm and a palm-print caftan by Rachel Zoe Collection.