She’s one of the world’s biggest actresses, but Scarlett Johansson is set to become a pop star following the opening of her Yummy Pop snack shop in Paris.

The Avengers star is passionate about popcorn, and is taking Paris’ popcorn scene from abysmal to artisanal with the introduction of fresh-popped gourmet flavors at her hip Marais location.

Six are available in the red-white-and-blue, barber shop-themed bar: on the savory side, cheddar, truffle parmesan and olive oil and salt n’ pepper; for those with a sweet tooth, Canadian maple, chocolate strawberry and strawberry cream.

Slogans like “pop till you drop” and “pop here, pop there, pop everywhere” decorate the interior while American anthems Mustang Sally and Street Life play on the soundtrack.

Following a soft opening over the weekend, plenty of passersby stopped to snap the store Monday afternoon. Reaction on the street outside was curious — one French woman stopped to ask what the commotion was about. “They only serve popcorn? Tres bizarre,” she said. Another man waited in line just to ask if it was made by the “woman from Lucy” (he didn’t make a purchase).

But most customers were enthusiastic, both about the proprietress and the product. Two American study-abroad students were busily Instagramming the spot and said they had taken a photo of Johansson in the neighborhood. “I think she’s used to it,” said one. “We’re nice, we’re not paparazzi.” The popcorn ultimately got their thumbs up.

Employees reported that the truffle parmesan — Johansson’s favorite — and the Canadian maple have been the most popular in the salty and sweet categories, respectively.

With a taste test in order, the truffle parmesan has just a hint of the earthy fungus flavor you would expect; instead it’s dominated by the parmesan, making it taste too similarly to the cheddar variety. Both are a smidge too salty, leaving the salt and pepper flavor the least likely to overpower your taste buds. 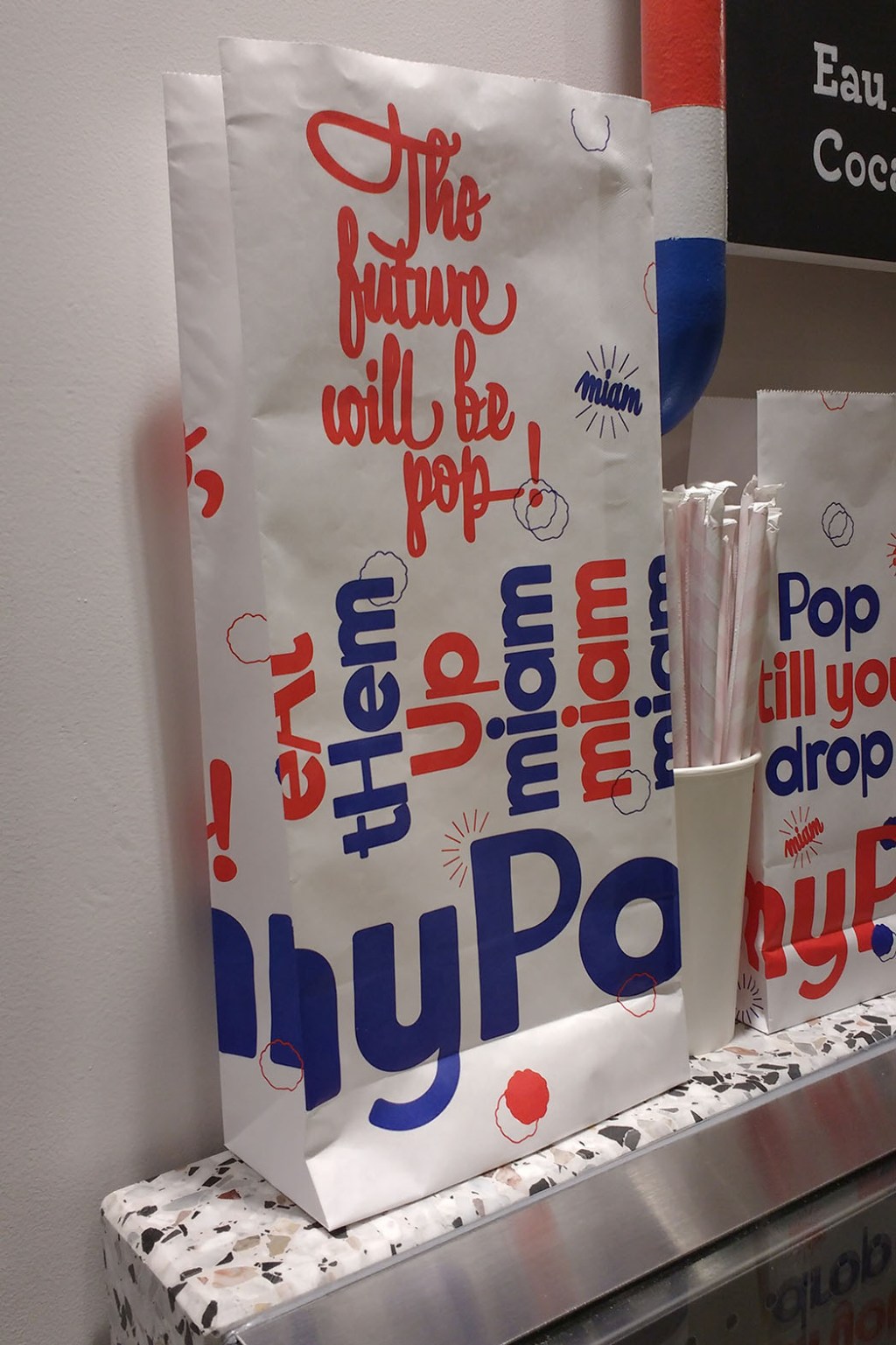 The Canadian maple is a blend of both sweet and subtly salty. It’s Johansson’s “secret sauce” of maple syrup and classic caramel that popcornstress Keanna, the muscle behind the machines, wouldn’t reveal. “I can’t tell you more,” she said as if state secrets were involved.

Indeed it sold out on a recent rainy afternoon, and a line half a dozen deep quickly formed as she mixed a fresh batch in a swirling steel vat of kernels and caramel.

The opening of the shop fits right in with the Americanization of Paris’ food culture. Yummy Pop sits across the street in the popular Marais district from a hot dog stand, and burger joints, BBQ and anything Brooklyn-themed have been all the rage recently. There’s even a fried chicken and waffles bar.