Members of the Makeup Artists and Hair Stylists Guild gathered Saturday night in downtown Los Angeles to hand out their annual awards in film, TV, commercials and live theater.

The event was hosted by The Real co-host Loni Love who, surveying the room, said, “There’s more highlights here than at the Super Bowl and, with the amount of foundation here, we could build Trump’s wall.”

Love brought up the controversial decision made by the Academy of Motion Pictures Arts and Sciences to hand out the Oscars for makeup and hairstyling, as well as the statuettes for cinematography, film editing and live action short, during commercial breaks. “We are vital to making movies. Can you imagine if we didn’t have hair and makeup for the movies? They had to change because they had all that backlash,” she said. “Sending actors to the Oscars on the red carpet without makeup and hair just wouldn’t work. They need you guys. … Without hair and makeup, society would be thrown into chaos.”

Love then congratulated the beauty industry on having another bumper year: “Over $50 billion was spent last year on things like spray tans and toupés,” she said. “And that was just Melania.” 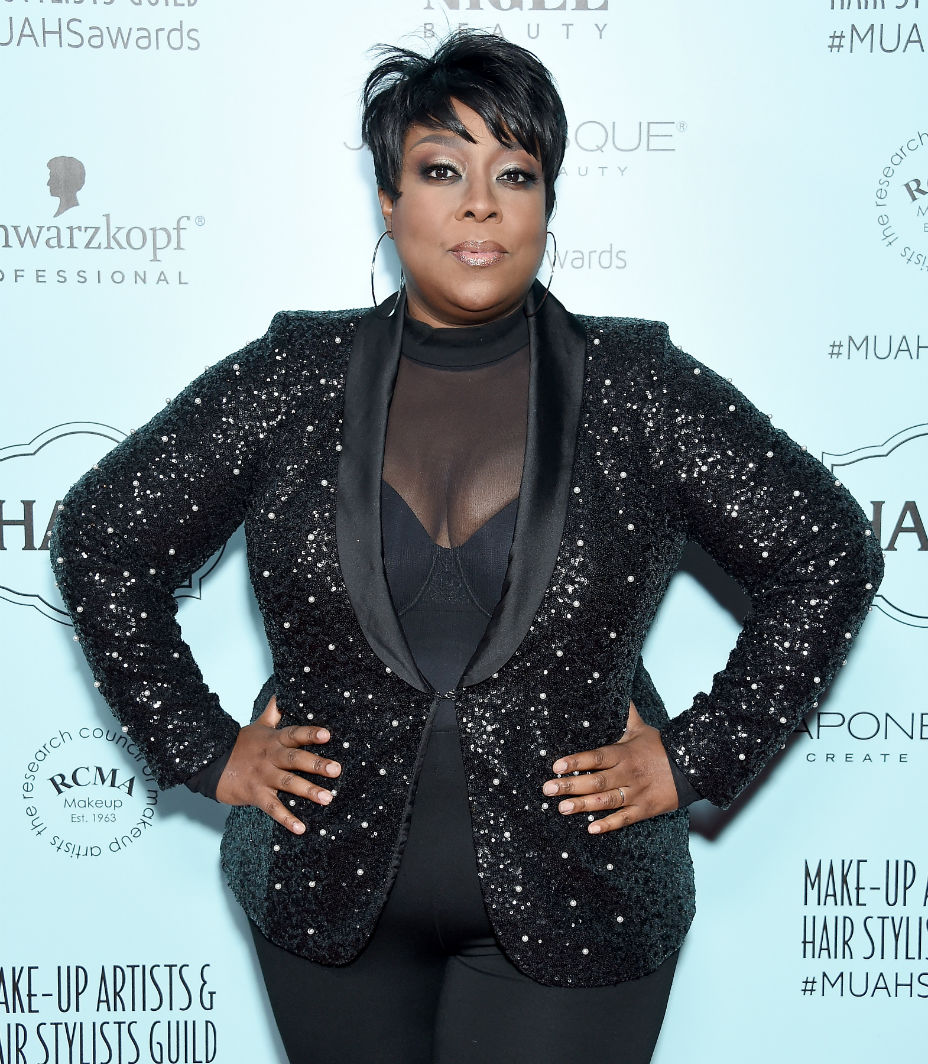 The first award of the night was given to actress Melissa McCarthy by her longtime collaborator and wig designer, Linda Flowers. McCarthy received the Distinguished Artisan Award, celebrating her career and the many characters she’s portrayed. The Can You Ever Forgive Me? actress, who was the first female artist to receive the award, said, “The physical look of the character is part of the magic. Your artistry creates not just the look but the heart of the character.”

Joking about the multitude of altered appearances she has adopted for the host of roles she has played, McCarthy said, “I know that you will build what the character needs, whether it’s better cheekbones, under-eye bags, or, my favorite, rosacea. I strangely love to dabble in rosacea.”

A lifetime achievement award was presented to outgoing union president and award-winning makeup artist Sue Cabral-Ebert by her good friend and actress Linda Gray. Over the last four decades, Cabral-Ebert has worked on such iconic shows as Dallas, Cheers and L.A. Law and such movies as Alien 3 and The Perfect Storm.

“In my very early 20s, I wrote to Max Factor and told him I would love to learn more about makeup and become a makeup artist,” she said in recounting a rocky start to her ultimately stellar career. “I waited patiently for his reply but I never heard back as, unfortunately, he had died two years prior.” After graduating from beauty school, Cabral-Ebert encountered more hurdles as a woman in the industry. “I went to the 706 Union office and was told there were no women makeup artists and I was not allowed to apply,” she recounted. “I submitted my paperwork anyway, but it took me two years to get through the system.” 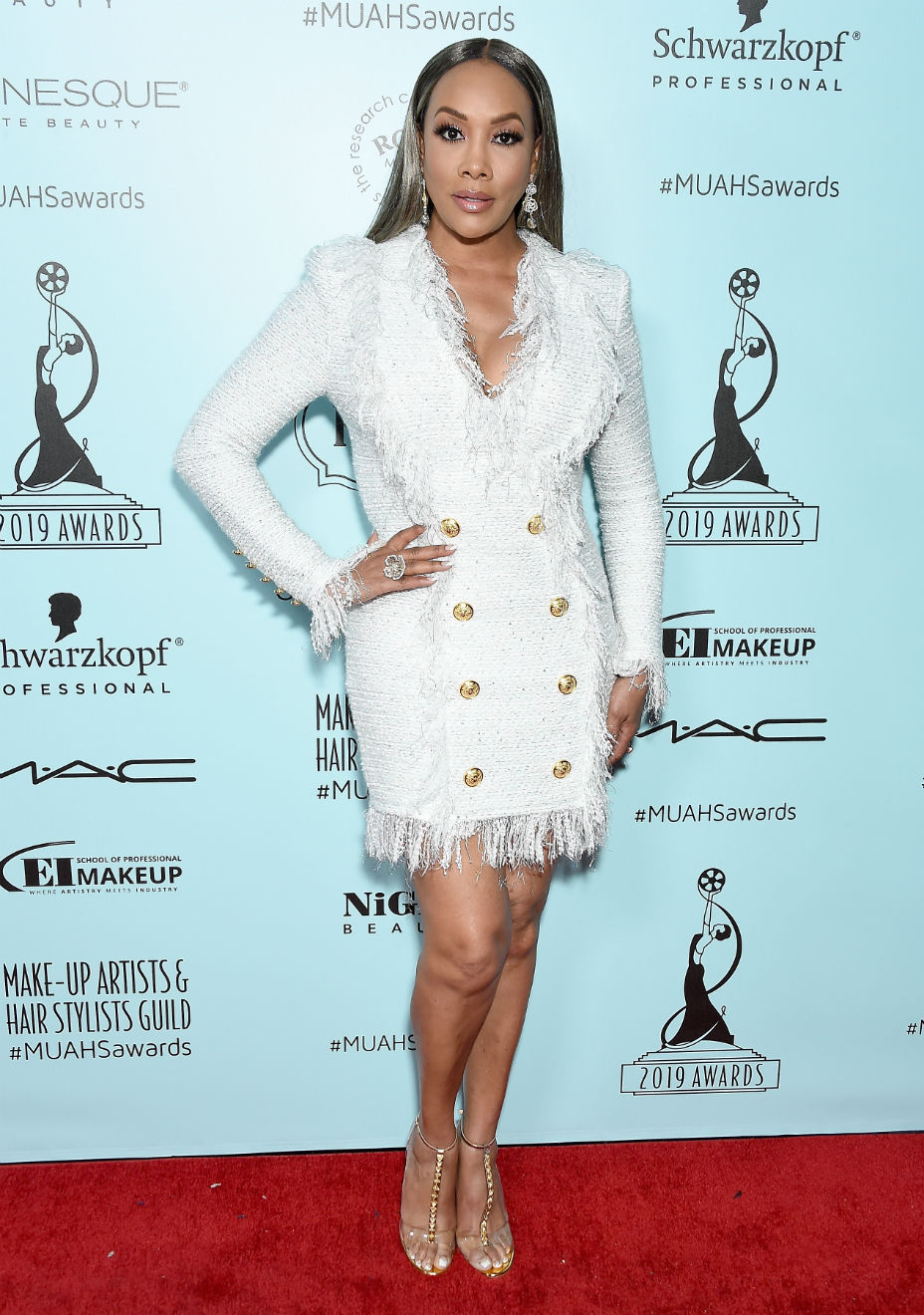 Other highlights on the night included a lifetime achievement award for Emmy-winning hair stylist Robert Louis Stevenson, who was the first black male hair stylist in the union. Stevenson, who has worked on movies including Flashdance, The Color Purple and Coming to America, was surprised with a video message from longtime collaborator Samuel L. Jackson, who congratulated him on his award, saying, “This is beyond well-deserved and overdue. From the very first time I met you, you have been an integral part of my career.”

On the television side, American Horror Story: Apocalypse won the most awards of any project, taking home three: best contemporary makeup in a TV series and both of the commercial and music video honors. The Marvelous Mrs. Maisel won two TV series awards, for best period and/or character makeup and hair styling. Other multiple winners included A Series of Unfortunate Events, which won both children/teen TV awards and The Young and The Restless, which swept the daytime television categories.