To kick off the second-ever Girlboss Rally, a single-day conference in New York City for female professionals looking to further their career, Sophia Amoruso spoke candidly about her failures, both professional and personal.

“In June of 2016, I was on top of the world,” she began, recalling her cover story for Forbes’ richest self-made women issue. “And then a month later, my husband of a year, whom I had dated for five years, was like, ‘I want out…. Then three months after that, I was in Australia, and all of the Hail Marys that were going to come through for Nasty Gal — the sales, the investors — all of the stuff that was supposed to happen…all of them fell through,” she continued, touching on the bankruptcy and subsequent sale of the company she founded at age 22. 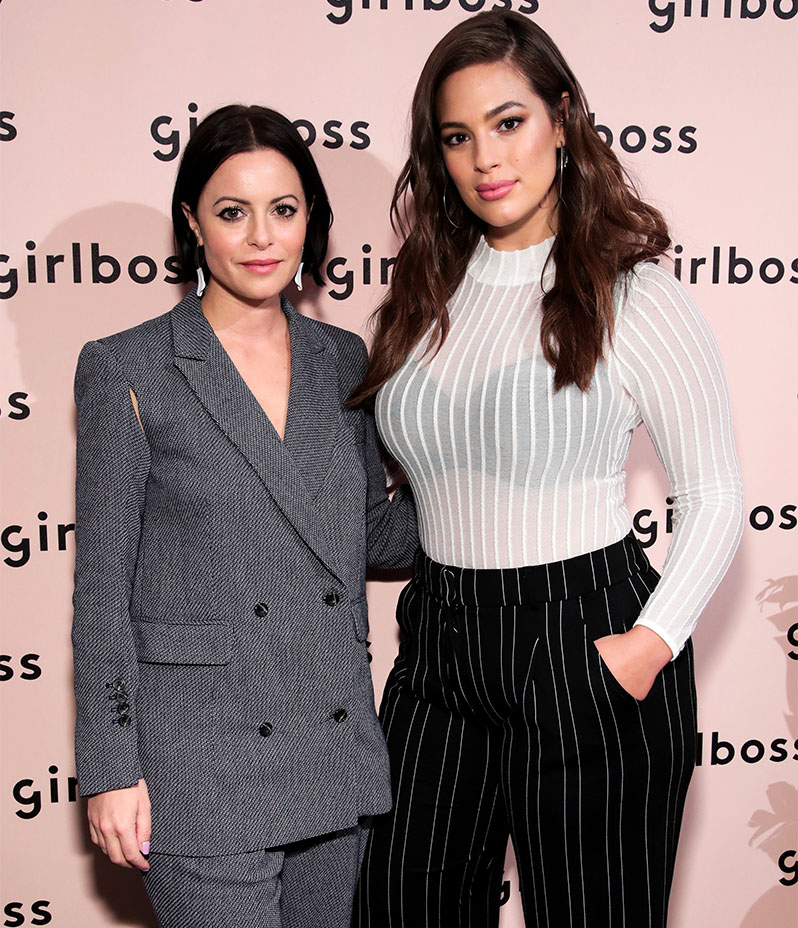 She didn’t stop there. Amoruso also spoke about the backlash to the Netflix series loosely inspired by her life (which was not picked up for a second season) and the consequences of sharing such a personal story: “People were like, ‘Is she really a dick?’ ”

The audience of 650 ambitious career women, who had traveled from around the globe to hear from panelists including Ashley Graham, Teen Vogue editor-in-chief Elaine Welteroth, Hearst creative director Joanna Coles and Bumble founder Whitney Wolfe, sat enraptured by Amoruso’s vulnerability and willingness to admit failure when she had previously been a literal poster child for success.

“The fact is, I’m in transition. I don’t know anything right now,” she said. “I know I got up and started a new company, and that looks like a picture of resilience, but the truth is that comes at a cost. I’m glad I’m doing it, but it takes longer to process the past when you’re running so quickly into the future.”

However, it’s Amoruso’s authenticity, her willingness to admit that she doesn’t always know what she’s doing, that attracted so many women to the conference. “I read her book,” said one attendee of why she bought her ticket. “I so admire her. And she’s hilarious.”

The attendees gathered on a blisteringly cold Saturday at Industria Studios, which was decorated in a sticky-sweet all-pink theme that was made for millennials (and, naturally, their neon-littered Instagram feeds). But there was something ironically gritty about the energy in the space — Girlboss merch, in the same shades of pastel pinks and blues, read “Unfuckwithable” and “No Guts No Glory.”

The rally itself — following the inaugural conference in Los Angeles last March — was attended mostly by young professionals who were seeking either to advance their current career or to take a leap of faith and launch their own business. Among the sea of sparkly 20-somethings there was also a handful of older women, some of whom accompanied their adult daughters, and others who, like their younger counterparts, were simply looking to network and glean wisdom from the panelists.

Topics ranged from how to persevere after receiving a “no” to how to manage personal finances, to how women can become social activists who effect real change. The tone of these discussions, like all content produced with Amoruso’s touch, was frank, tongue-in-cheek when it needed to be, and self-aware — not to mention expletive-friendly. A fireside chat with model/activist Graham pivoted easily from her groundbreaking accomplishments in the fashion industry to her favorite beauty products (BodyShop body lotion and “free stuff people give me” got a shout out), and then to a discussion of inclusivity and her forthcoming clothing line, which will be available in sizes 4-24.

Of course, there was also a panel that touched on the timely topic of harassment in the workplace. “Girlboss is more of a personal and a philosophical conversation than a political one, but being a woman today is political,” said Amoruso of Girlboss‘ role in challenging office culture that supports harassment as the norm. “But I think when women see and claim their power, it affects so many things.”

Naomi Campbell on the 2018 Pirelli Calendar's All-Black Lineup: It's Not Political

Media brands looking to stay current with the times have invested plenty of time and resources into developing conferences for women, taking a cue from companies like Create & Cultivate and Blog Her, which have have built a business on bringing workshops and speakers to an engaged audience. In the past few years, brands like Teen Vogue, Vogue, Goop, Fashionista and Glamour have launched similar programming. “We have access to such incredible thought leaders and experts and entrepreneurs that we could program two days — it’s just a matter of making it work from a production standpoint,” Amoruso told THR of the future of the conference.

This season, the company also launched a digital ticket, available for $65, which allows users to access all of the banked video conferences from both rallies in one place (“I think things get lost in a sea on platforms like YouTube,” Amoruso said), as well as a private Facebook group intended for networking and support.

“It’s a really self-selecting group of women who are constantly sharing tricks of the trade and asking questions like, ‘Should I be an LLC or a corporation?’ or, ‘I think I’m being discriminated against in the workplace, what should I do?’ ” she said. “There’s a more contextual, personal conversation happening among like-minded women who are supporting one another. We also use that as inspiration for the content we’re creating.”

In the year since her Forbes cover, Amoruso’s life has only gotten crazier, but she isn’t slowing down. “It’s still crazy that I’m doing this right now, because I probably should be taking a nice sabbatical,” she said. “I dream of doing that, but I’m such a masochist. And I love building brands.”