When Ray Romano and Justin Timberlake (and 80 other celebs) tee off at the 28th annual American Century Championship at Edgewood Tahoe on July 11, fans will have something to look forward to other than Jack Wagner’s solid golf game and Charles Barkley’s epic, tequila-swilling soirées. They can check into the golf course’s 154-room Lodge at Edgewood Tahoe, which debuted on the southern shore of Lake Tahoe last month (rooms start around $300). A boon for golfers, its lakeside location, including a pier for water sports and 180-foot beach, coupled with luxury accommodations and a spa to the tune of $100 million is a game changer for the region.

“Guests love it because it’s directly on the water,” said sales and marketing director Bryan Davis from the lobby, a contemporary interpretation of a hunting lodge’s great room complete with faux stag heads striped in Native American patterns. “We’re standing where the ninth hole used to be.” 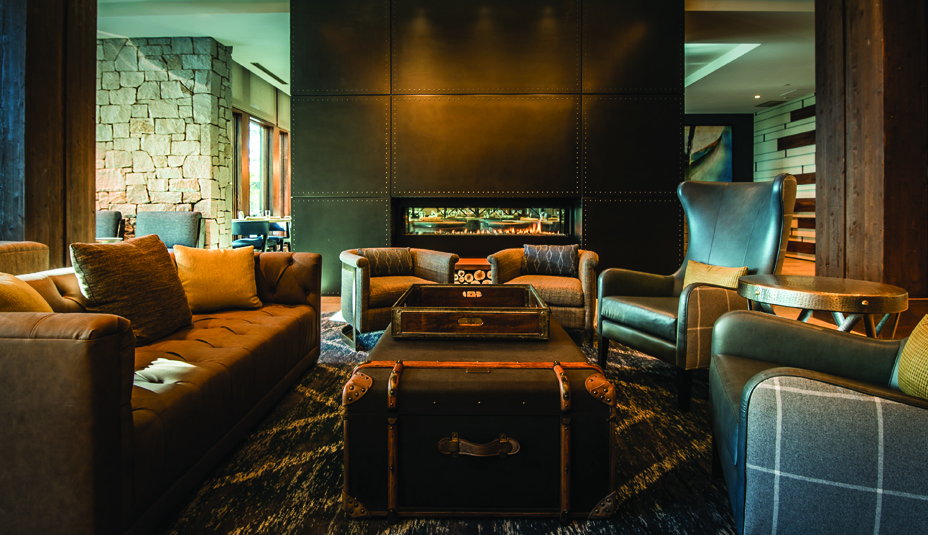 Colorado-based CCY Architects lends authenticity to the LEED-designed modern mountain chalet with cathedral ceilings and too many fireplaces and pits to count (every room features at least one, and some even have double-sided fireplaces to gaze into fires from soaking tubs). Interiors firm HBA also let loose with the locale, 235 acres tucked into a Jeffrey pine forest and ringed with snow-capped mountains. Artisans carved a topographical map of the lake behind reception and the grand staircase’s limestone tree relief. Custom carpets and consoles depict the local Washoe tribe’s woven baskets and a historical photo of Lake Tahoe and Mount Tallac, respectively. 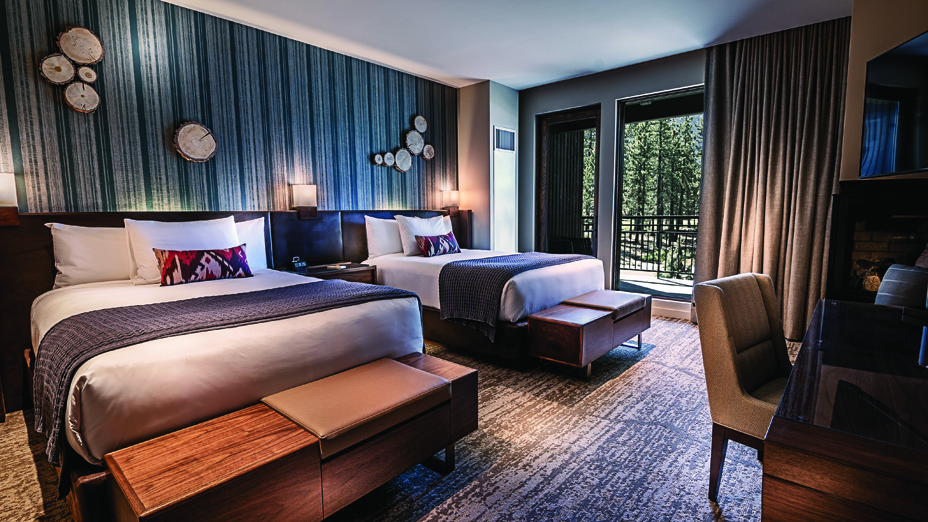 “If there’s one thing this golf course does well, it’s grass,” said Davis. 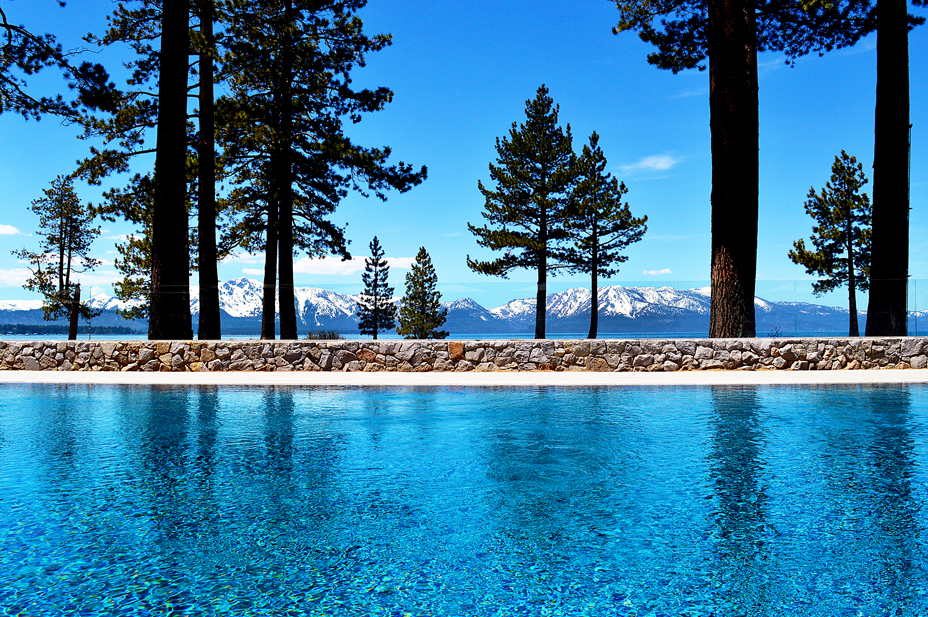