With the debut of a new 299-piece home and fashion accessories collection from chief artistic director Reed Krakoff, the store has unveiled a completely renovated fourth floor, and a chic cafe for would-be Holly Golightly’s and their shopping buddies to unwind in style.

Last Christmas, a tented security scrum made it difficult to even approach the store, but now that the neighboring Trumps have decamped to Washington D.C., the sidewalk is clear and a doorman wearing an overcoat and Tiffany Blue muffler will great you at the revolving door. Inside on the once-austere main floor, there are several other greeters to warm up the room as you make your way to the elevators, fully staffed like days of old with manual operators. But clearly this is not your mother’s Tiffany — or even Audrey Hepburn’s. 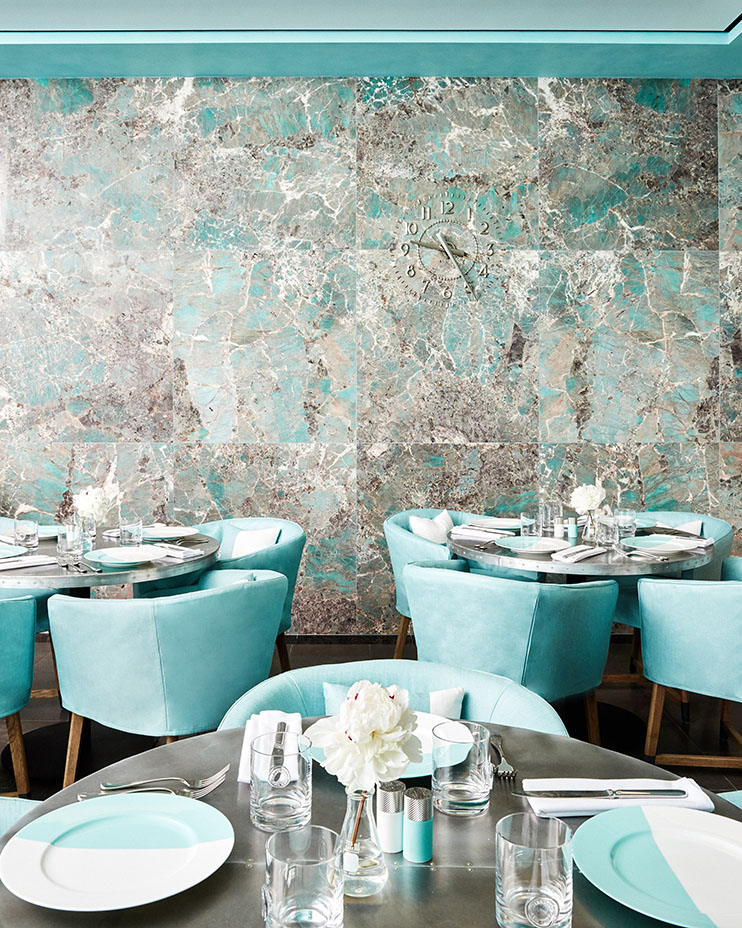 On a recent Sunday, the newly appointed fourth floor was buzzing, with a crowd that ranged from a young woman taking a no-doubt Instagram-bound photo on her iPhone to a grey-haired but bared-legged aristocratic type.

In a front lounge area, a number of people were enjoying complimentary water or coffee in logo’ed Tiffany Blue paper cups (a bone china version is for sale at $95), while on adjoining shelves, an enviable collection of vintage fashion books — all for sale — set a stylish tone.

What about the wares? A smartly dressed woman was considering the merits of the Vanity Case vs. the Jewel Case from the Tiffany luggage collaboration with British-made Globe Trotter ($1,200 to $2,600 for the large rolling trolley.) Across the floor, another would-be customer was trying on the new leather totes ($1,450) while the saleswoman pointed out that the woven shoulder strap could be replaced with one of the leather ones sold separately. Bag charms, including a “Love” heart in Tiffany Blue, are also sold separately, $150.

The floor has an area devoted to tableware, a fragrance lab, a baby boutique and pet accessories alcove with Tiffany Blue leather leashes and doggie bowls for Poochie Golightlys. “Elevated everyday objects,” as the store calls them, include an hourglass of American walnut and sterling silver with Tiffany Blue sand or a set of table tennis paddles in leather and walnut. Tiffany also now makes a pop art take on the Band Aid-style metal box with a Tiffany Blue enamel accent inside the lid ($600.) 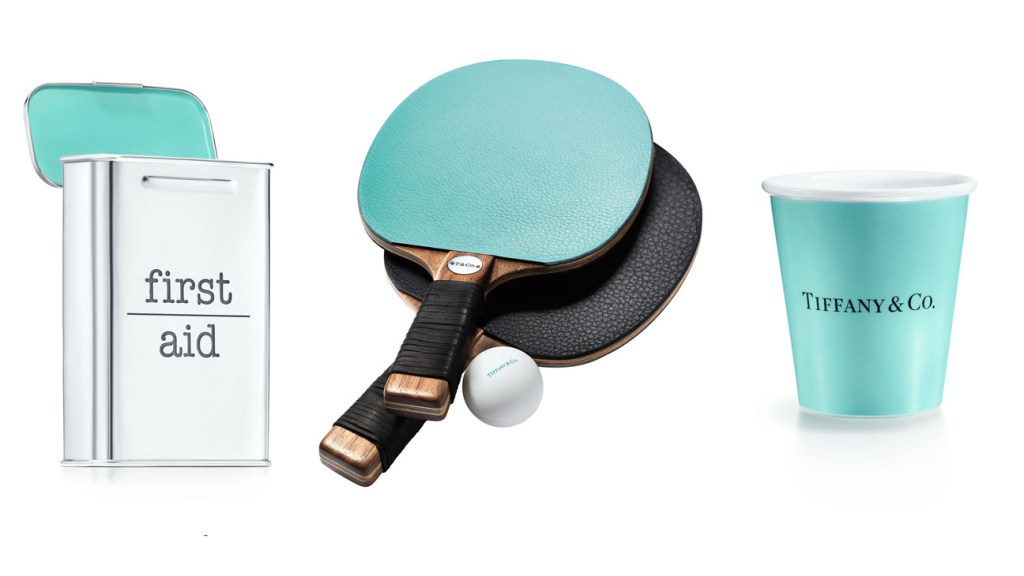 You can now actually partake of “Breakfast at Tiffany’s” (prix fix, $29) — and lunch and afternoon high tea as well — since the reno also includes the new Blue Box Cafe, the store’s first foray into food service, following an industry-wide trend that has spawned Ralph Lauren’s Polo Bar and the Emporio Armani Caffe among others. Tiffany Blue is the unifying motif, from the painted walls (and veining in the amazonite stone) to the leather seats to the plates and cups. Maybe that’s why the picture-postcard views of Central Park through the windows are so stunning.

After long lines on the first weekend the cafe was open for business, reservations have switched to an online system with new dates released in two-week blocks for advance booking.

Opposite the Blue Box Cafe maitre d stand, sits a separate room that’s a bit of an outlier. Stocked with the instantly recognizable, organic-shaped wares from designer Elsa Peretti, (a contemporary of Halston’s and a Tiffany designer since the ‘70s), the decor is calmly appointed with natural burlap walls and and stately cacti. That sizable collection, with its signature crystal Thumbprint bowls and sterling Wave boxes, obviously still commands a customer of its own but seems somewhat incongruous to the rest of the proceedings, like an eccentric old auntie who happened to wander into a party of bright young Tiffany Blue-bloods.

Artistic director Krakoff’s legendary run at Coach precedes him; there, he and then-CEO Lee Frankfort took the company’s sales from $6 million in 1996 to $5 billion by 2013. After a short-lived outing with his own namesake women’s collection (former first lady Michelle Obama wore a Krakoff design for her official second-term portrait), he landed at Tiffany a year ago, and clearly the hope is that Krakoff’s take on all that Tiffany Blue will turn to stacks of green. 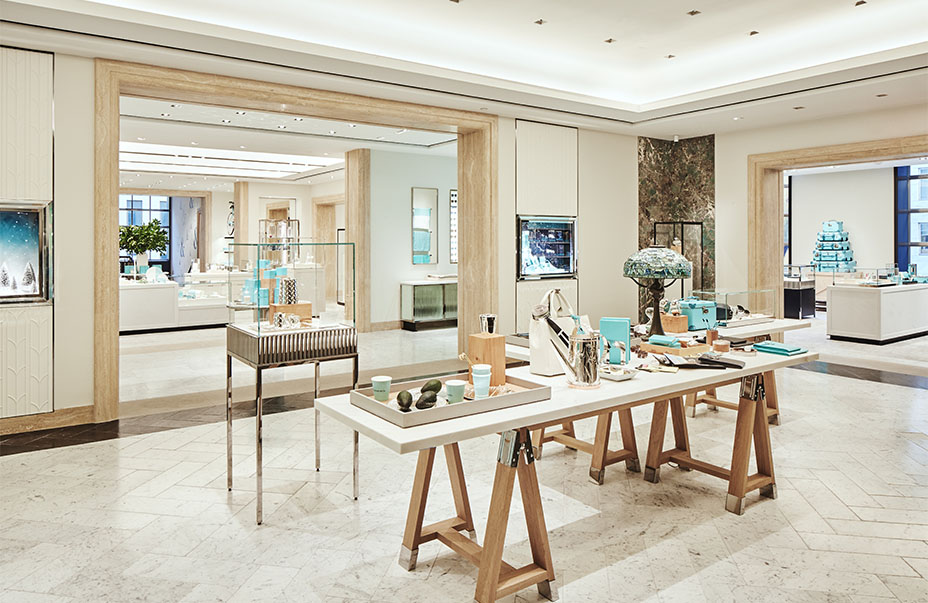