Joey might have Rachel beat when it comes to dressing on trend.

For fall, Balenciaga is releasing a layered parka for $9,000 that fans have been quick to compare to what Joey Tribbiani (Matt LeBlanc) wears on an episode of Friends to tease Chandler Bing (Matthew Perry).

It’s episode two of season three to be exact, “The One Where No One’s Ready,” in which Joey vengefully puts on all of Chandler’s clothes after Chandler hides his underwear.

“You hide my clothes, I’m going to do the exact opposite to you,” Joey says. He re-emerges from across the hall wearing shorts on top of sweatpants, layers of jackets and several ties around his neck and announces, “You hide my clothes, I’m wearing everything you own.” Chandler retorts, “Oh, my God! That is so not the opposite of taking somebody’s underwear,” to which Joey counters, “Look at me. I’m Chandler. Could I be wearing any more clothes?” Of course, Ross (David Schwimmer) is fuming because his five pals are late to an evening event.

Mike Hagerty, Actor on 'Friends' and 'Somebody Somewhere,' Dies at 67

'Friends' Re-Released in China, But LGBTQ Storylines Get Censored 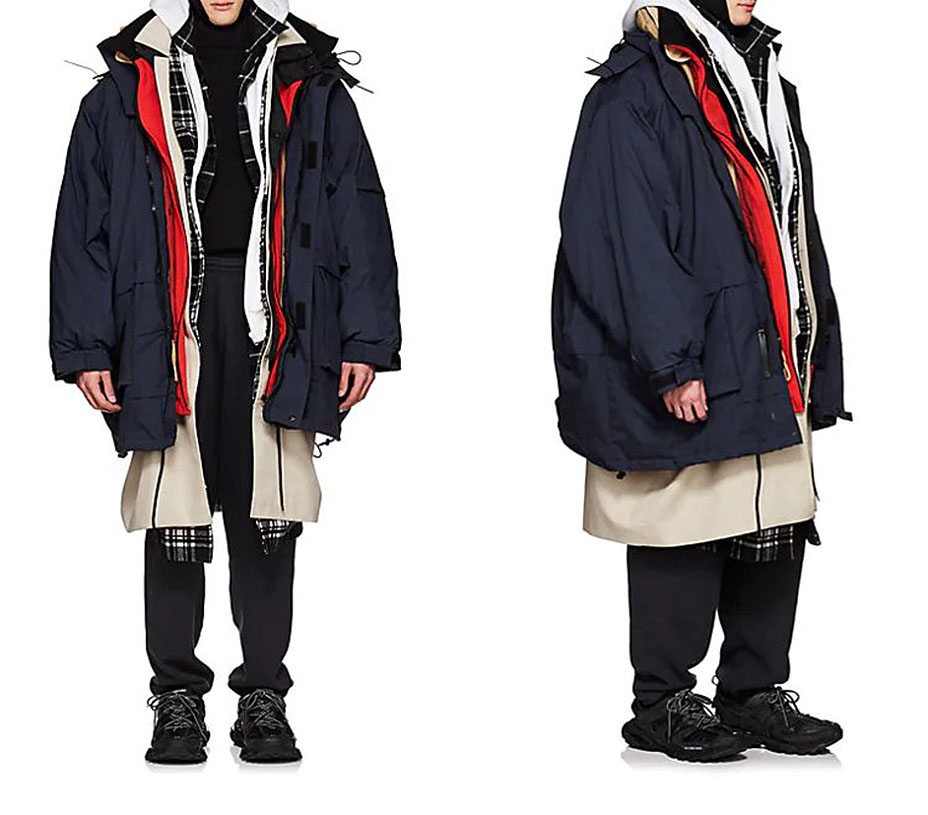 The upscale version of the costume is Balenciaga’s layered coat, which can be pre-ordered from Barneys with expected delivery in November, just in time to rewatch the Thanksgiving episode of Friends.

Designed by Demna Gvasalia, the parka is made from tech fabric and can be zipped up in the front. Other looks from the collection include plaid suits, oversized jackets and loose layers.

It’s not the first time Balenciaga has generated headlines and memes. Gvasalia pretty much cemented the now-ubiquitous concept of dad chic with his runway show featuring real dads back in June 2017. Before that, in January 2017, the designer paid homage to Vermont Sen. Bernie Sanders’ presidential campaign logo, splashing “Balenciaga” in the style of Bernie on expensive scarves, T-shirts and sneakers.

No word on whether Gvasalia was similarly pop culture-inspired in this case, but we love it all the same.