Angelenos love a good fitness craze, and the latest weight-loss treatment is claiming to help people lose inches by just putting on a puffy suit and kicking back. The Ballancer Pro is an inflating compression garment, both a jacket and pants worn separately, made out of parachute-like material containing 24 overlapping air chambers that apply fluent compression strokes to targeted areas for 30 to 40 minutes. I tried it and this is what happened.

After zipping on one part of the suit, the treatment begins with a wave-like peristaltic massage focusing pressure in the groin and knee areas, where lymph nodes are located. “It’s forcing the congestion of the lymph nodes to be drained and then we can open the pathways of the lymphatic channels,” says Dr. Gabriel Chiu of Beverly Hills Plastic Surgery who offers the procedure at his office. The machine then switches into sequential massaging which pushes the fluids in your tissues, lymph channels and interstitial space (the space between the tissues) into what Dr. Chiu refers to as, “the body’s sewer system.” Explains Chiu, “It collects all of this excess fluid from these different areas and brings it back to your central circulation and it metabolizes these poisons and whatever else is congested in your tissue and is processed by your body through your kidneys.” Many notice an increased need to urinate after the treatment. 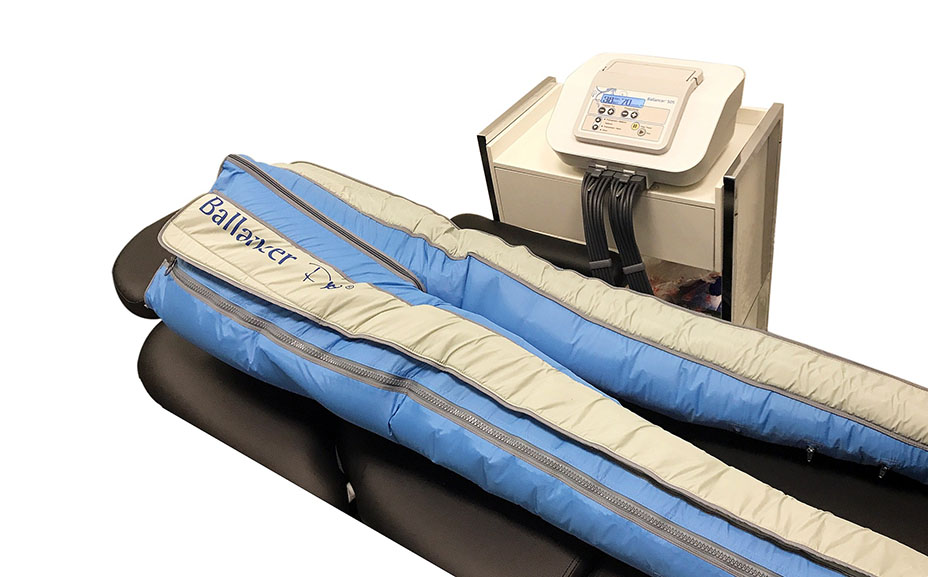 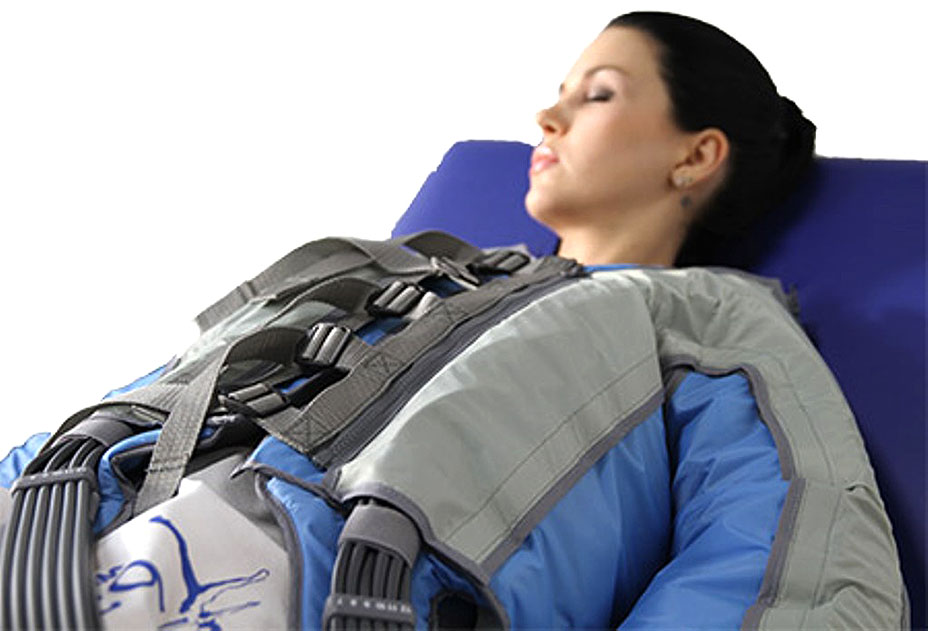 Though some see results after just one treatment, Dr. Chiu and his team suggest a series of about four treatments over the course of seven to 10 days ($200/session). “With a series, the average person has noticed they usually drop about a dress size, losing inches off of your waistline and thighs, everything,” says Chiu.

Over the course of two weeks, I donned both the jacket and pants three times each. I didn’t find it painful, but at times it was difficult to take deep breaths. It felt like someone was giving me a big bear hug over and over again. It’s worth noting, you can ask to have the pressure turned down if you find it to be too uncomfortable.

What about the results? While I definitely felt like my jeans were a bit looser than normal after my first two sessions, I didn’t notice an obvious change when I looked in the mirror — though others did.  A friend I hadn’t seen in a few weeks said I looked like I had lost a lot of weight (without knowing I had been doing anything different), and some co-workers remarked that my skin was glowing. After one treatment in the jacket I lost 0.75 of an inch from my arms and lost an inch from right under my bust line (my waist stayed the same). At the end of my trial period, I lost a total of 7.75 inches: 2.5 inches around my waist; 2.25 inches around from my arms and 3 inches from my butt and hips. Not bad, right?

Maxine Tatlonghari, who sits on the board of directors for the West Hollywood Chamber of Commerce, says she used the Ballancer Pro to get in fighting shape for HBO’s Emmy party after having a surgery five weeks prior to the event.  “I haven’t been able to hit a boot camp or diet like crazy and my dress is sleeveless; my vanity kicked in. I didn’t want the fact that I had surgery make me miss the party.” Tatlonghari lost 5 ¾ inches from her waist and arms after her first treatment. “I had swelling and some excess fluid after my surgery and this really made a huge difference, I’m so happy with my results.”

Firmer, smoother skin (i.e. less visible cellulite), muscle rejuvenation and increased recovery time after surgery are all promised results. “It enhances circulation and the flow of freshly oxygenated blood; it’s really good for the tissues and nourishes the body,” according Elena Scholl, the U.S. distributor for the BallancerPro.

The science behind this machine isn’t new. It has been used in medical faculties and in sports medicine since the ‘70s but is just now hitting the beauty market. “It really is a jack-of-all-trades machine,” says Chiu, who first looked into the machine for his post-surgical patients. The surgeon also recommends using the garment after radio frequency treatments like Thermage, or after having Ultherapy or Coolscuplting done: “It will improve your results by 20 to 50 percent.” Though he does not suggest it as a replacement for something like Coolsculpting because you aren’t losing fat cells, you are loosing water weight. “What this will do is shrink fat cells by getting rid of the edema (swelling) in the tissues. It will help to get rid of all that excess fluid that is stagnant,” explains Chiu. 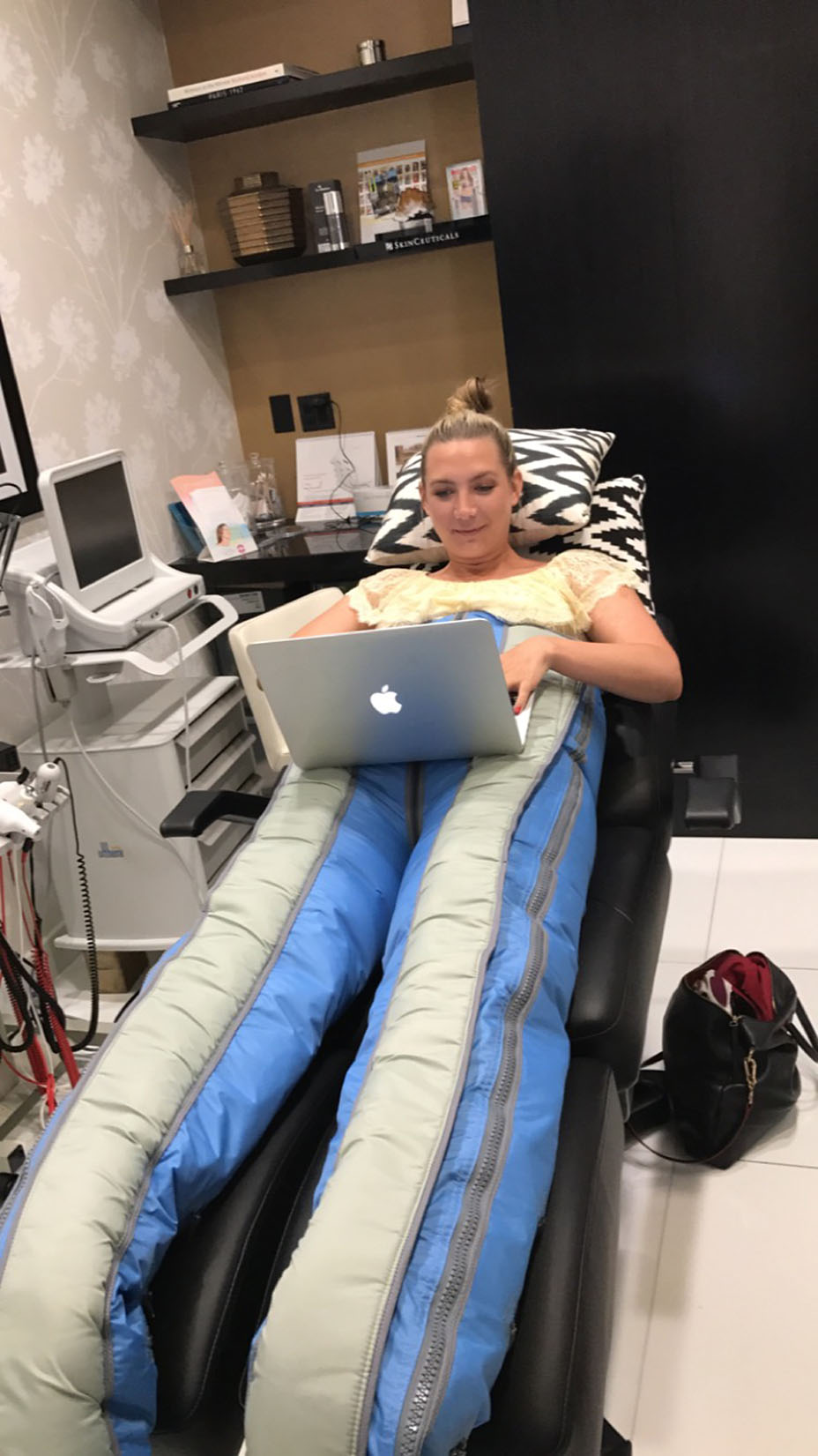 Typically, if patients practice a healthy lifestyle, the results last for two or three months, according Scholl, who suggests coming in for a treatment series as part of a maintenance routine every few months.

The machine’s ability to target the skin with a precise pressure for extended periods of time is one reason Scholl feels this garment is superior to a manual lymphatic massage or a spa treatment. According to Scholl: “A wrapping treatment helps one area, but this gives you a complete treatment from the bottom up. It’s like doing 100 wraps. And the breaking down of toxins and actually getting the metabolic waste products sitting in your body out — that, only the Ballancer can do.”

Chiu expects Hollywood-types to use the machine to get red carpet ready: “I think if an actor or actress has been on vacation or really unwinding to get out of character for a few weeks, it’s going to be a great kick starter.”

In my experience, it was a great quick fix.