The Brett Kavanaugh hearings, the deadly earthquake in Indonesia, Gwyneth Paltrow and Brad Falchuk getting married, Kanye wearing a MAGA hat on Saturday Night Live … Let’s all agree there are more important things going on in the world (kidding on the last two). But in the multi-billion-dollar fashion industry, the debut of L.A.-based designer Hedi Slimane at the LVMH-owned luxury giant Celine on Friday night was the season premiere everyone was waiting for.

Even before the show, there had been much hand-wringing because Slimane, a cash cow when he was at Saint Laurent, was replacing the influential but niche female designer Phoebe Philo, who in her 10 years at the house of Celine put Joan Didion and other brainy women in ad campaigns, helped kick off the comfy shoe revolution by showing Vans-like slip-ons and furry Birkenstock-style sandals on the runway, and made minimalist, no-nonsense handbags, jackets and coats beloved by everyone from Veep’s Selena Meyer to Zoe Kravitz.

So when Slimane excised the accent from the name and wiped the slate clean at the brand, showing a Celine collection that was true to his own personal Chateau Marmont rock n’ roll aesthetic, some fashion watchers took it personally — very personally.

“Today a group of women gathered to honor Phoebe Philo. From head to toe, they proudly wore their Celine to celebrate the beautiful work Phoebe and her team did over the last 10 years. They bonded and gushed over stories of what Celine has meant to them in their lives. The Celine that they have always loved and cherished will live forever in their hearts. Thank you Phoebe for giving us Celine,” wrote the street photographer Tommy Ton on Instagram, as if he were lamenting a death.

The comments came in fast and furious from keyboard critics who apparently feel a great personal loss.

“Celine has been hijacked by Hedi,” added @CrustymcSalty, adding to a flurry of broken heart and grateful hands emojis throughout the response field.

“On a day when the world seemed to going mad: We honour and believe women. ‘Nuff said,” added @Plumtr3, turning political.

Slimane never said he was going to “Make Celine Great Again,” but he might as well have.

Today a group of women gathered to honor Phoebe Philo. From head to toe, they proudly wore their Céline to celebrate the beautiful work Phoebe and her team did over the last ten years. They bonded and gushed over stories of what Céline has meant to them in their lives. The Céline that they have always loved and cherished will live forever in their hearts. Thank you Phoebe for giving us Céline #celine #celinebyphoebephilo #philophile #phoebephilo

Also on Instagram, @phoebesceline, a nostalgic archive account dedicated to Philo’s work popped up on Saturday, covering the same ground as an account launched earlier this month called @oldceline.

“The Celine store was packed with intellectual women from all over the world yesterday,” L.A.-based fashion designer and Philophile Stephanie Danan posted to Facebook on Saturday. “It was powerful and incredibly inspiring. Clothes do and can matter to women. They are our armor. They help us navigate our difficult fight. Especially today. Phoebe knew that.”

Conversation about Slimane’s polarizing Celine collection of babydoll dresses, combat boots and slick menswear tailoring has been dominating the front rows of fashion shows, too, where the outrage seems particularly silly considering the collective experience of seeing designers come and go in what can seem like a never-ending revolving door. Then again, he has been a lightning rod since his very first (nearly universally panned) collection at Saint Laurent, when he brought what many, myself included, dismissed as an overly contemporary, dumbed-down, ladies of the canyon L.A. look to the vaunted Paris house. He showed us then, and presumably will show us now.

At Saint Laurent, he created something that people wanted, and racked up record profits for his bosses at luxury giant Kering Group in the process. But they lost him to rival luxury group LVMH, who has given him a new platform to do what he does, the Hedi aesthetic, at what might as well be any brand in their stable. In this case, Celine is just the vessel. 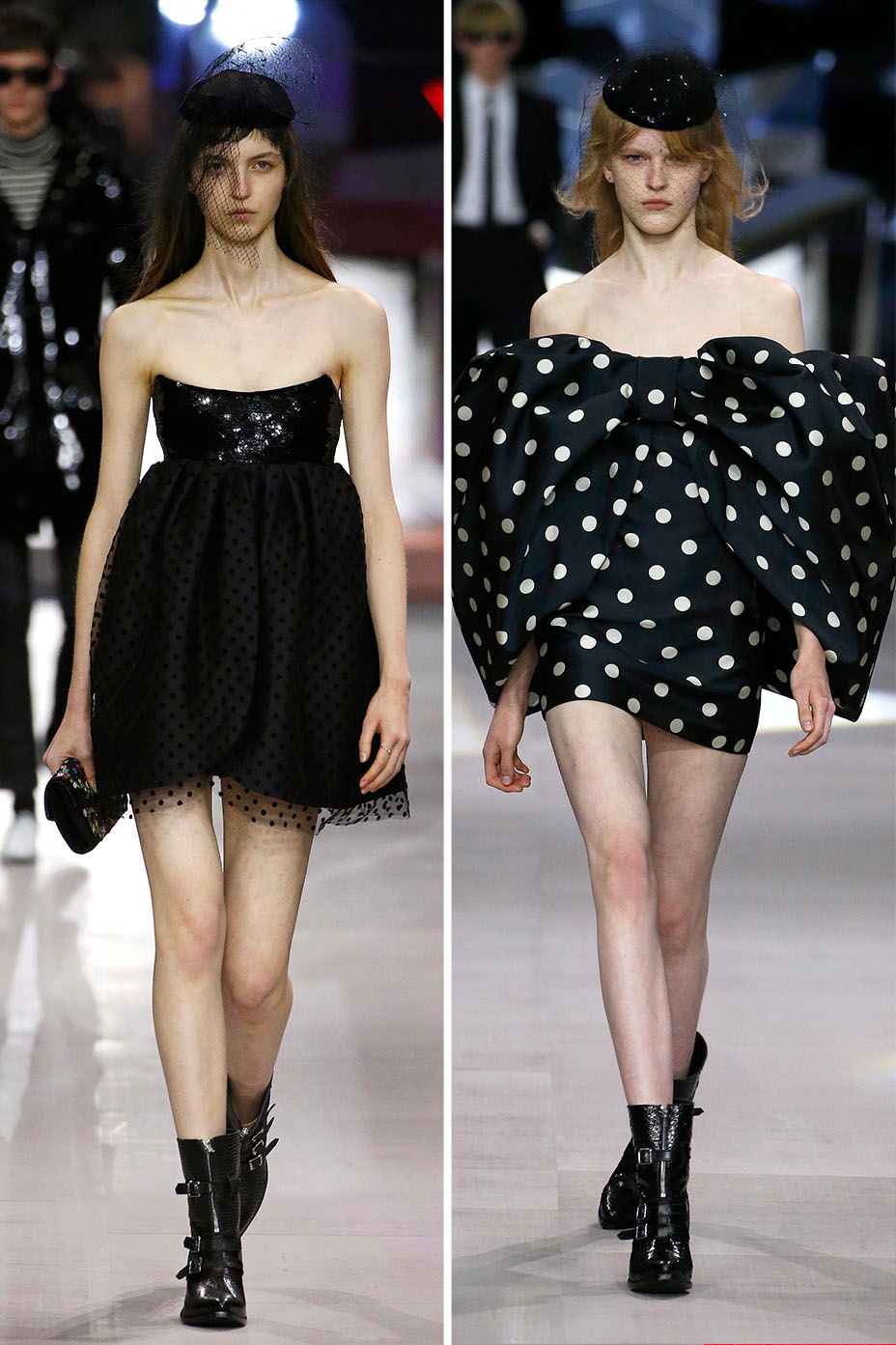 What happens next? Since Slimane left Saint Laurent, that brand has gone on under the direction of designer Anthony Vaccarello, who has been doing his best to ape the Slimane aesthetic, dressing it up with a spectacular runway show setting at the base of the Eiffel Tower. But now, savvy fashion shoppers can have the real thing again, courtesy of Slimane, by visiting his new house, Celine, a sign that we could be entering a new era in fashion when the designer supersedes the brand.

Paris Fashion Week: Saint Laurent Brings the Beach to the Base of the Eiffel Tower

What will be more interesting to watch is the “pissing match,” as one former buyer is calling it, that ensues between European luxury giants Kering and LVMH over whose version of Hedi is better: Saint Laurent or Celine. “You know there are going to be ads plastered on top of ads. It will be about whose swinging dick is bigger,” one source suggests, setting up the French showdown between Kering’s Group president Francois Henri Pinault, who presides over Saint Laurent, Gucci, Balenciaga and Alexander McQueen, to name a few, and LVMH’s Bernard Arnault, who has Celine, Louis Vuitton, Givenchy and Dior in his arsenal, among others. 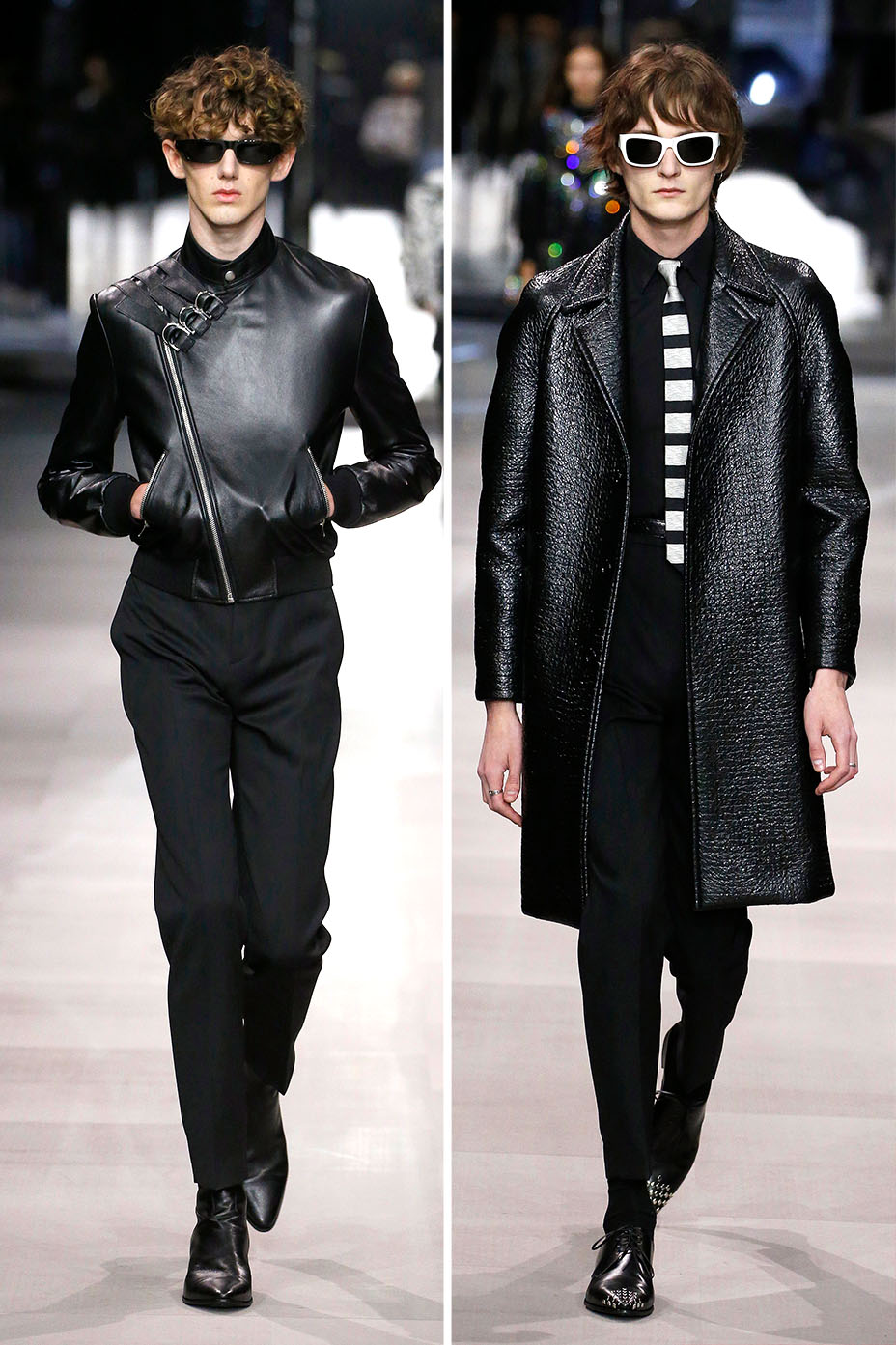 The hatred for Slimane seems particularly appropriate to our times, when Donald Trump’s politics of division, cable news and social media have made everything intensely personal, and turned public discourse into a daily shouting match.

To some people for whom buying a $4,000 coat designed by a woman was somehow perceived to be a feminist act, the storyline may be familiar: rob a female of a job she seemed perfect for, and replace her with a man who burns down the house. You almost have to wonder if LVMH, seeing the contentious landscape before them, knew this.

But let’s get real, fashion is not politics. Slimane did what he was hired to do. Anyone who is lamenting the death of Celine can try something really radical: keep wearing their old Celine.