Issa Rae glammed up for her first Golden Globe Awards, held Sunday at the Beverly Hilton in Beverly Hills.

The actress, styled by Ayanna, stood out in a white long-sleeve gown by Christian Siriano. Ayanna also works with Rae on Insecure as the show’s costume designer.

Rae is nominated for her first Golden Globe Award for her role in Insecure. The 31-year-old, who also serves as an executive producer on the HBO hit comedy, is nominated alongside Rachel Bloom (Crazy Ex-Girlfriend), Julia Louis-Dreyfus (Veep), Sarah Jessica Parker (Divorce), Gina Rodriguez (Jane the Virgin) and Tracee Ellis Ross (Black-ish) for best performance by an actress in a television series — comedy or musical. 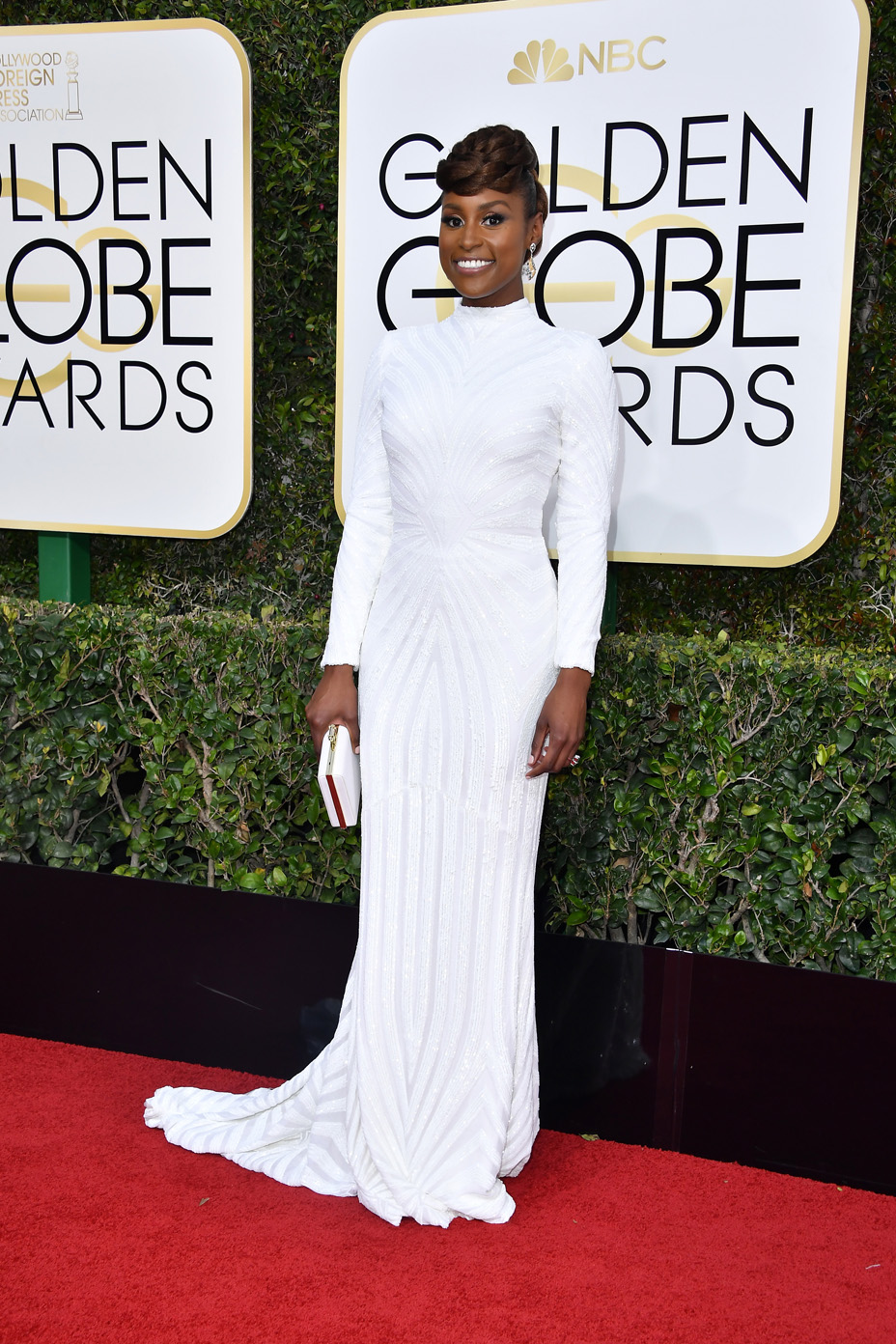