Issa Rae’s best-known projects include her memoir, The Misadventures of Awkward Black Girl, and HBO’s Insecure, in which she plays the bumbling but lovable heroine described in the show’s title. However, when it comes to the red carpet, she is neither “awkward” nor, as far as we can tell, “insecure.”

Nancy Pelosi to Appear as Guest Judge on 'RuPaul's Drag Race: All Stars'

Instead, the 33-year-old has a established herself as a bright spot on the Hollywood fashion scene, and I do mean that literally. Rae often shimmers in sequins, crystal embellishments and a series of shiny fabrics that reflect the paparazzi flashes right back at those on the other side of the velvet rope. 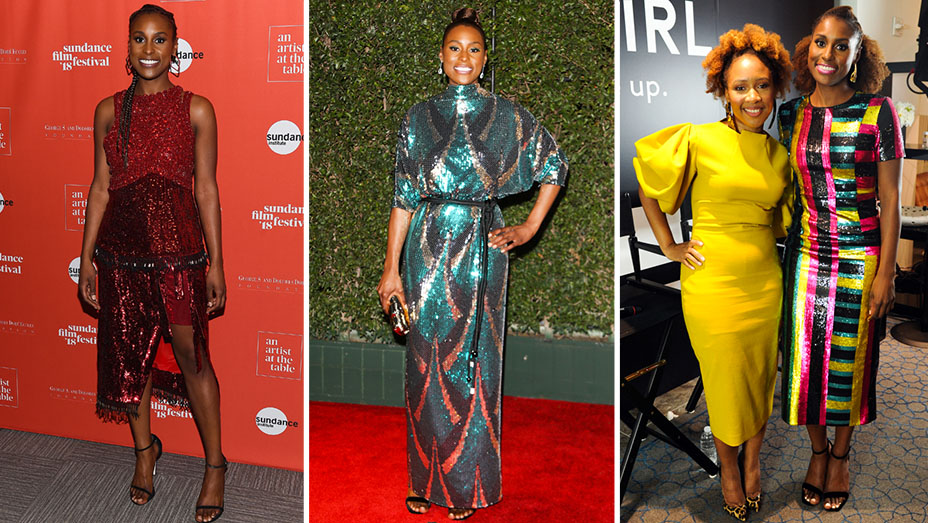 With the help of stylist Jason Rembert, Rae has been stepping out in gowns by Altuzarra, Marc Jacobs, Prada, Michael Kors and Prabal Gurung. But though they have sparkle in common, the looks are by no means routine. Packing a color punch and trying out interesting and intricate silhouettes is also a priority for Rae, who has floated easily between jumpsuits, dresses with boat necklines and gowns with thigh-high slits that would make Angelina Jolie jealous. 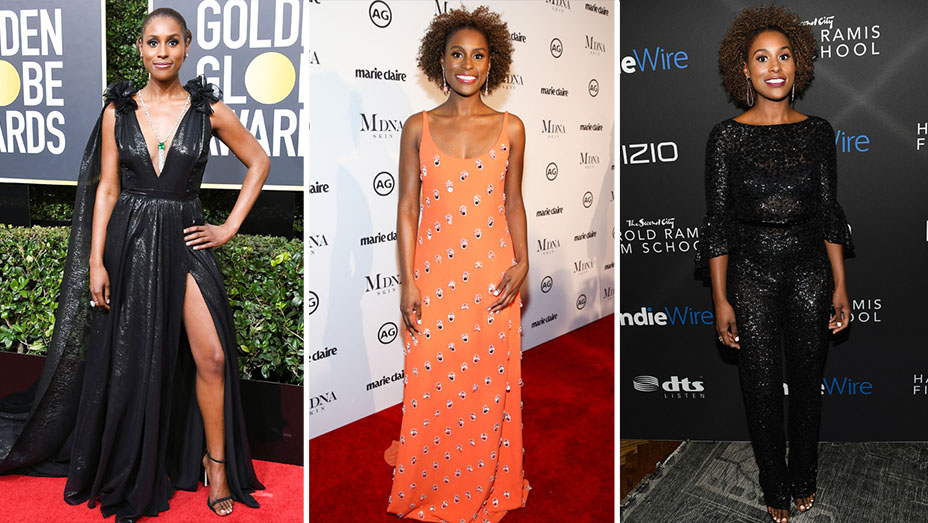 With Insecure renewed last summer for a third season, we look forward to seeing a lot more of the L.A. native’s sparkly red-carpet looks in the future.