First daughter Ivanka Trump was on a diplomatic mission today, in Germany. She was in Berlin attending the W20 conference focusing on women’s empowerment and entrepreneurship, in connection with Germany’s leadership of the G20 group of nations.

She faced a tough crowd at the conference, including some boos from the audience as she took to the stage to talk about her father’s attitudes toward women.

But she put on a happy face — and dress. Sensing a fashion diplomatic opportunity, perhaps, Ivanka chose to wear a blue floral frock by American designer Michael Kors. (A similar style is $1950 at Netaporter.com.) Unlike First Lady Melania Trump, who has faced some criticism for wearing European designers, including Dolce & Gabbana, Ivanka has more consistently worn American designers, including Carolina Herrera, Oscar de la Renta and now Kors. 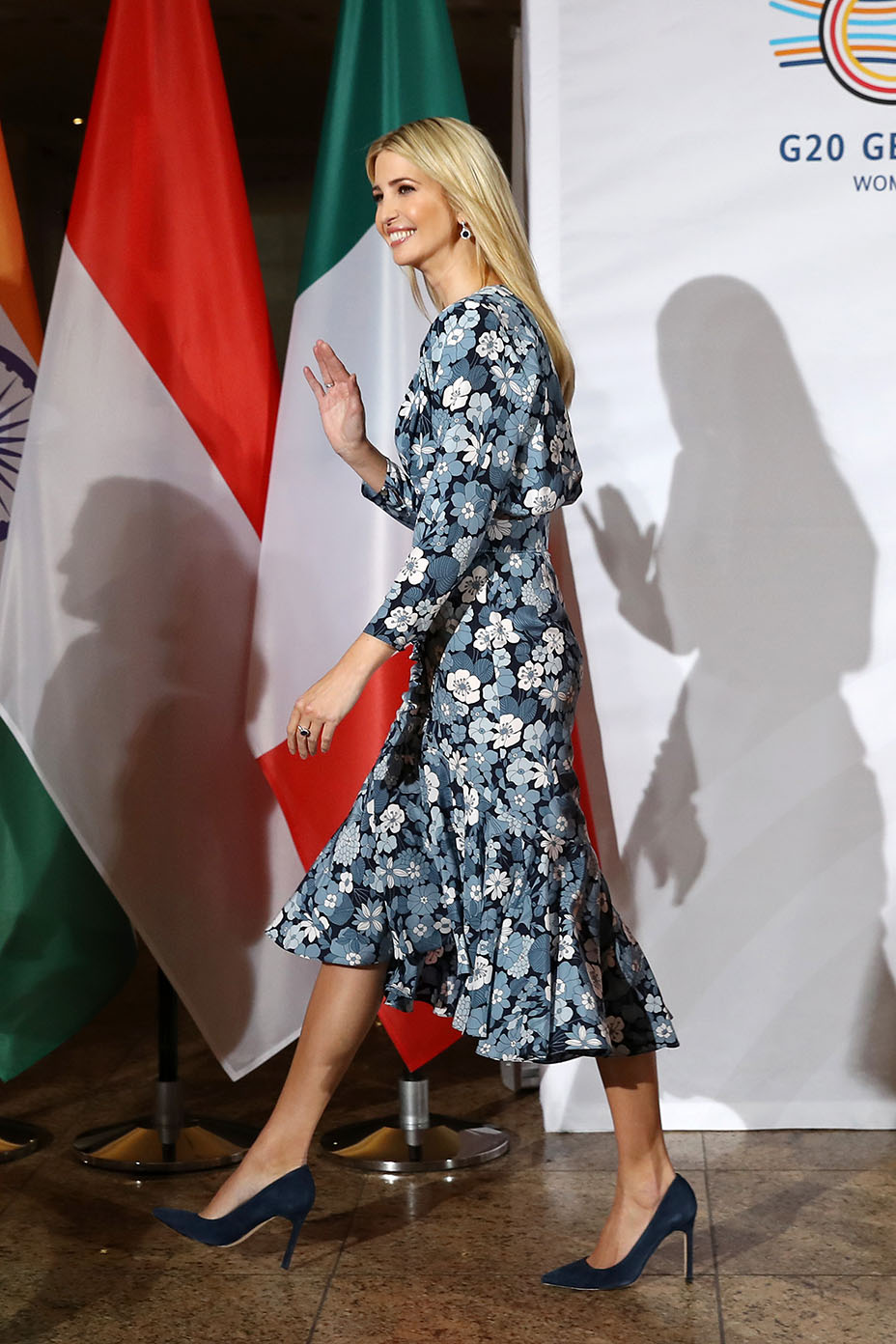 Though one wonders why, during a conference for female entrepreneurship, she didn’t go with a female American designer — Tory Burch for example, who has made helping women in business a cornerstone of her Tory Burch Foundation?

Trump, who is an unpaid special adviser to her father, President Donald Trump, shared the stage with German Chancellor Angela Merkel and International Monetary Fund head Christine Lagarde. And unlike when Merkel visited Washington, D.C., last month, where her meeting with President Trump was characterized by awkward body language, Ivanka had no problem engaging in a hearty handshake with the German leader. 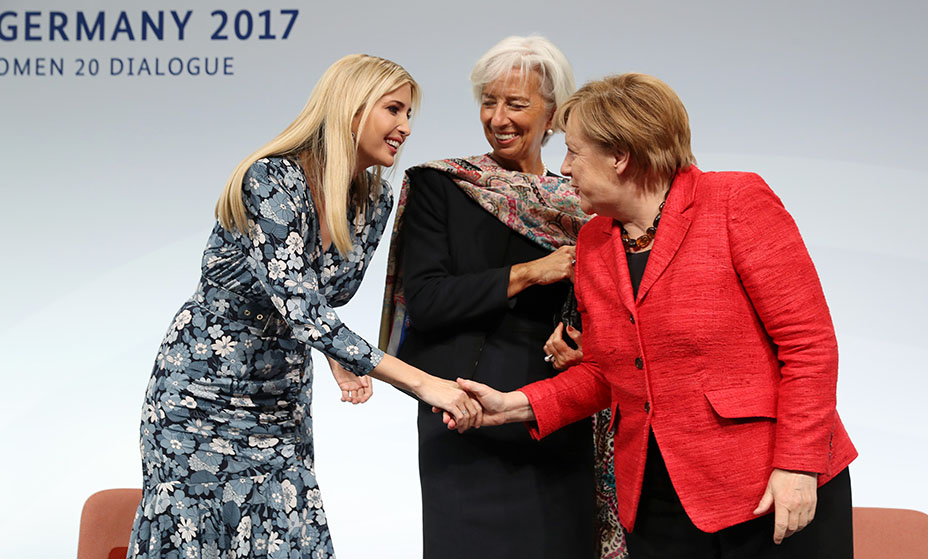 Asked whether she represented the president, the American people or her business, Ivanka replied: “Well certainly not the latter, and I am rather unfamiliar with this role as it is quite new to me too, it has been a little under 100 days.”

She later added: “I’m listening, I’m learning, I’m defining the ways in which I think that I’ll be able to have impact. I’m seeking the counsel…of informed and thoughtful women and men and I’m really striving to think about how best to empower women in the economy, both domestically and across the globe.”

White House Wardrobe, a Twitter feed dedicated to chronicling the wardrobes of the Trump women, reported Ivanka was wearing navy suede Carra pumps by her namesake brand, originally $135 but marked down to $54.99 at 6pm.com. It’s not clear whether wearing her own brand would be an ethics violation. When special adviser to the president Kellyanne Conway endorsed the Ivanka Trump brand on TV, she was denounced by the federal government’s chief ethics watchdog.

Although Ivanka Trump formally stepped away from her namesake brand, the Associated Press reports it is flourishing without her, despite boycotts, several stores pulling her merchandise and news Monday that distributor G-III Apparel Group had secretly relabeled some of it to sell at off-price retailer Stein Mart.

U.S. imports of the Ivanka Trump brand, almost all from China, shot up an estimated 166 percent in 2016, according to the AP, while sales hit record levels in 2017. The brand, which Trump still owns, says distribution is growing. In addition to winning the approvals from China, Ivanka Trump Marks LLC applied for at least nine new trademarks in the Philippines, Puerto Rico, Canada and the U.S. after the election.