Interest in pre-owned status watches is booming these days, but the vintage piece headed for the auction block at Christie’s next month may top them all: a Cartier Tank owned by Jacqueline Kennedy Onassis, often seen on the wrist of the former first lady. 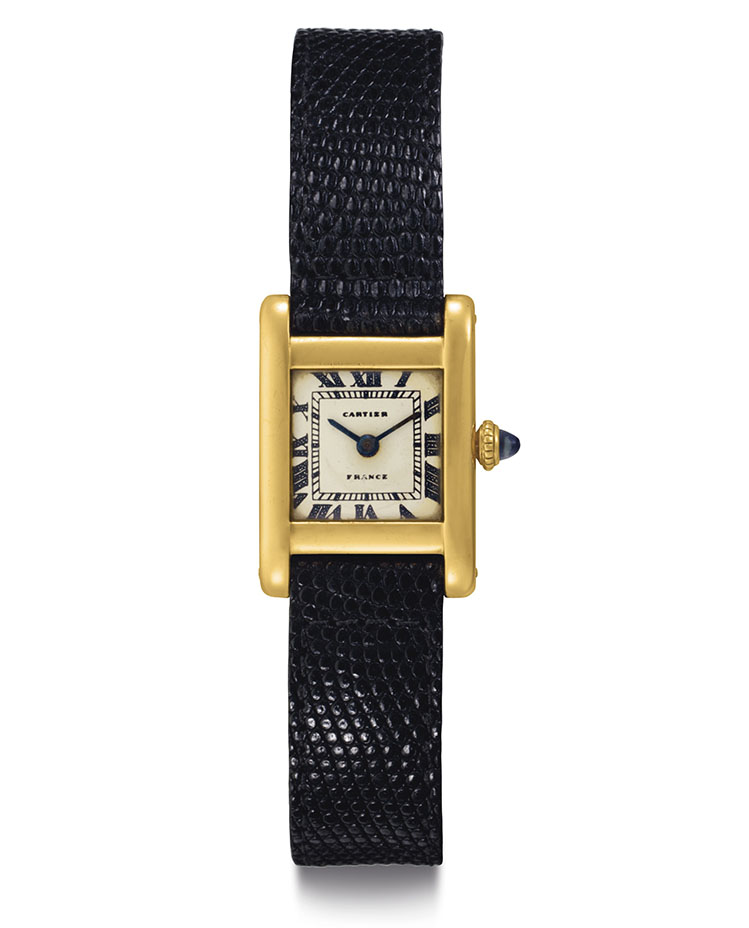 The timepiece will be the highlight of Rare Watches and American Icons, set for June 21 at Christie’s Rockefeller Center in New York. The auction house is mum on who’s consigning the piece but offered plenty of details on its provenance: Onassis received the watch in 1963, while she was still Jacqueline Kennedy and residing in the White House. The classic yellow-gold Cartier Tank was a gift from her brother-in-law, Prince Stanislaw Radziwill. (Born into Polish aristocracy, “Stas,” as he was known, married into American royalty when he took Lee Bouvier Canfield, Jacqueline Kennedy’s sister, as his third wife in 1959.) 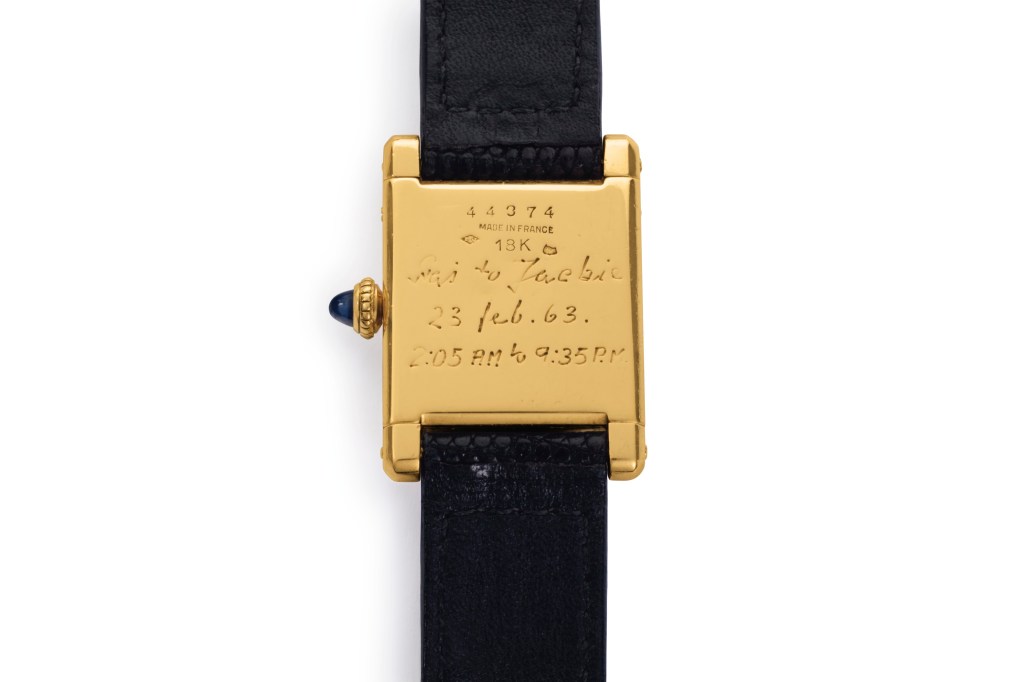 An engraving on the watch’s case back speaks to the friendship that had sprung up between sister-in-law and brother-in-law: “Stas to Jackie 23 Feb. 63 2:05 am to 9:35 pm.” The date and times refer to a moment of Camelot lore known as the “50-Mile Hike”: While in Palm Beach with the Kennedys in February 1963, Radziwill and another friend of the family, Chuck Spalding, were encouraged to try a Marine Corps fitness challenge that JFK had recently championed in a Sports Illustrated article. While JFK and Jackie didn’t participate in the entire hike, they turned up at various points in the event as cheerleaders. As a thank-you for the watch, Jacqueline Kennedy later presented Radziwill with a painting she created, illustrating a moment of Radziwill and Spalding on their now-famous hike. 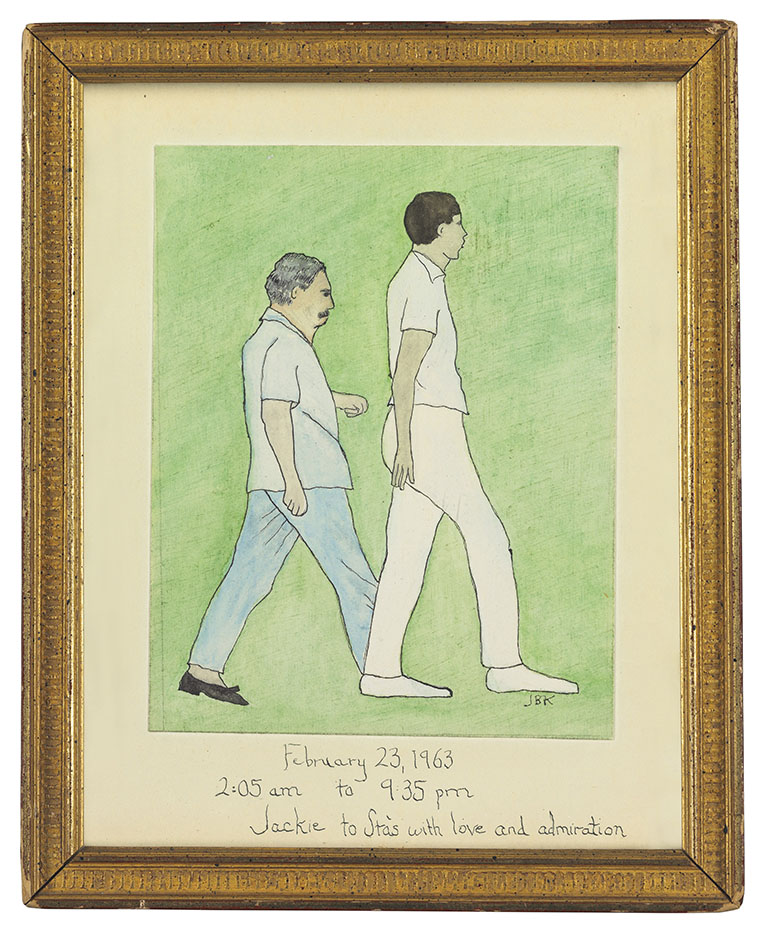 The anecdote is notable because Christie’s is auctioning the watch and painting together. Both before and after her 1968 marriage to Aristotle Onassis, the woman who became known simply as “Jackie O” was often photographed wearing her Cartier Tank, but the painting has reportedly never been seen in public.

The consigner also has pledged to donate a portion of the proceeds from the sale to the National Endowment for the Arts. “The Jacqueline Kennedy Onassis Cartier Tank is a watch full of emotion, love and history,” says John Reardon, international head of Christie’s Watches. “Together with Jackie’s painting, these two objects capture the spirit of another era, a time where friendship and the ‘can-do’ optimism of the generation seemed to make anything possible.”

Christie’s has set an auction estimate range of $60,000 to $120,000 for the watch and painting, plus buyer’s premium. But given the history of recent high-profile celebrity auctions — many lots in the 2015 Bonham’s auction of Lauren Bacall’s estate, for example, garnered at least three times their estimates — don’t be surprised if this coveted Cartier goes for much more.