This year, the digital media company founded in 2005 by Philippe von Borries, Justin Stefano, Piera Gelardi and Christene Barberich, had another huge draw to the open-to-the-public event: A-list celebrities as room collaborators. We’re not just talking the millennial, literally picture perfect actresses — though there were plenty of those, too, including Emma Roberts — but Oscar-nominated actor Jake Gyllenhaal, a man so cool he doesn’t even have an Instagram account. But you can bet his thousands of young fans do, and they’re eager to ‘gram anything he touches. 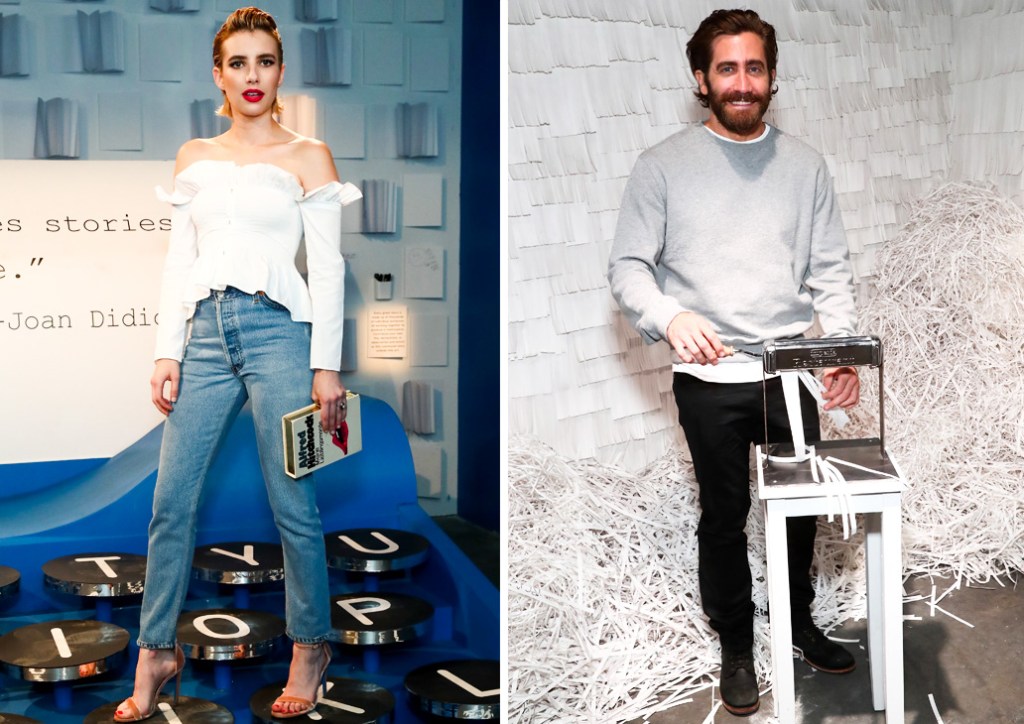 “I love the idea of expression,” said Gyllenhaal of why he decided to participate in the installation this season. (The 37-year-old is currently promoting his film, Stronger, which we’re sure played a role in his participation as well.) The actor, along with 28 other collaborators ranging from musical artists (Beyonce protege sisters Chloe and Halle Bailey), comedians (Sasheer Zamata, who tells THR she sat in a closet and recorded herself laughing for five minutes in the name of her laughter-filled room), nonprofit organizations (Women’s March, Planned Parenthood) and brands (Aldo, Ulta, Dyson, Juicy Couture, among others), created his very own interactive and, more importantly, photogenic room. The concept behind Gyllenhaal’s art installation, he notes, is for guests to write their woes on a piece of paper, then shred them up using a hand-cranked shredder and toss them away in a pile. Said pile also happens to make a cute Insta-worthy backdrop, as long as you don’t mind lounging in the discarded anxieties of strangers. 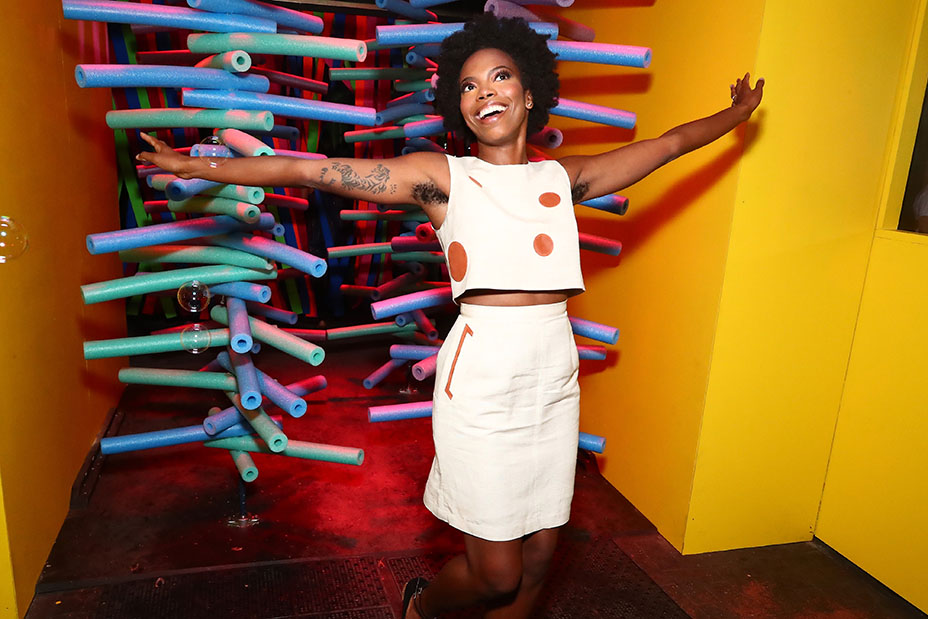 “I’ve been at campfires where people tell you to write down your troubles on a piece of paper and throw it in the fire,” Gyllenhaal explained of the inspiration. “Even though sometimes it feels like it wouldn’t actually resolve something, it tends to. It came from that idea that if you have something that’s weighing you down and you shred it up and throw it out into the universe and move on. It’s a beautiful idea.” And so hashtag shareable!

Every single room of the now-sold-out event, open through Sept. 11, was built with sharing in mind, with bright colors, cool patterns, mirrors and moving parts — think streamers and beaded curtains to pop out from behind on an infinite boomerang loop. Even Gyllenhaal was spotted posing in front of Planned Parenthood’s neon installation at the VIP opening Thursday night following the Calvin Klein show, and we’re sure he ended up in more than one attendee’s Insta feed. What you don’t see on social media are the concrete floors, fluorescent lights and exposed air ducts of the Williamsburg warehouse, or the huddles of young people on the scattered benches, heads down over their respective phones. Not a word is exchanged between them, save for the necessary “what do you think of this caption?”

However, where other Instagram musts, like Paul Smith’s pink wall on Melrose, the bicoastal Hauser & Wirth Galleries and even the Ice Cream museum in L.A., yield the same photos (a boomerang throwing sprinkles? Not as original as you may have thought), the genius of 29 Rooms is that there are so many options, and thus so many ways to take an almost-one-of-a-kind ‘gram. Angles! Boomerangs! Videos! And if you upload the photo to social media using the appropriate hashtags, your photo will be printed and posted on a wall during your visit, and you can take a photo of that, too. #Meta! 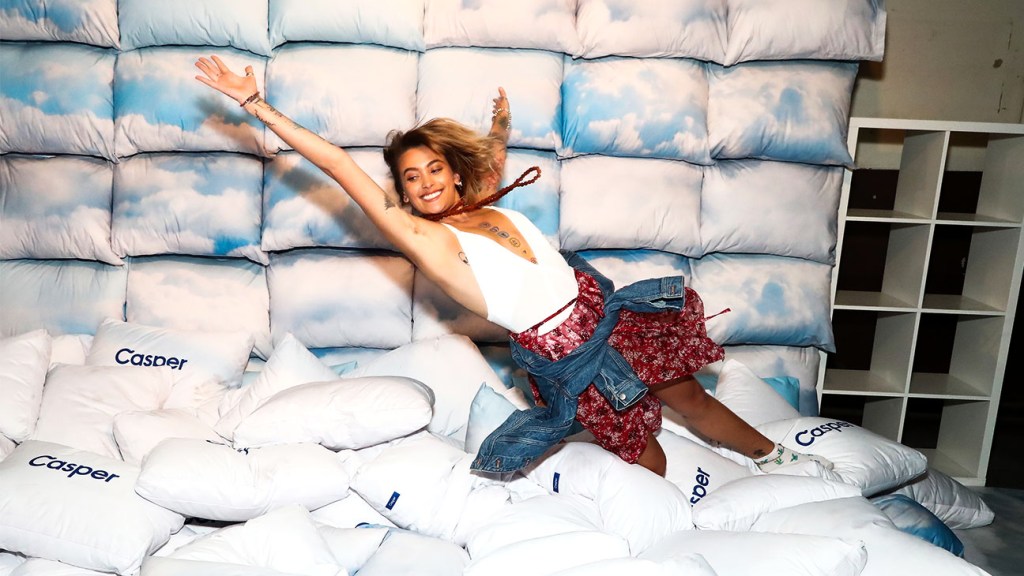 Emma Roberts’ room was inspired by her Belletrist book club, which she launched for young women with her pal Karah Preiss. You might, like me, wonder, how do you make a bunch of text ‘grammable? The answer: A larger-than-life typewriter and a Joan Didion quote. Because if Ingrid Goes West taught us anything, it’s that Instagram loves Joan Didion. “The room here makes reading interactive,” she noted of the journals attached to the walls, which visitors were encouraged to fill with their own stories. “You read by yourself but then you can talk endlessly about books with others, so we wanted to show both sides of that.”

It’s easy to shake your head at the sensory overloading share-fest, but for all parties involved, it’s kind of brilliant. Refinery29 reports that with the all the sharing that went on during last year’s three-day run, one in two Instagram users saw some aspect of the rooms. As far as advertising, movie promotion or even self-promotion goes, that kind of organic, user-generated exposure is bar-none. 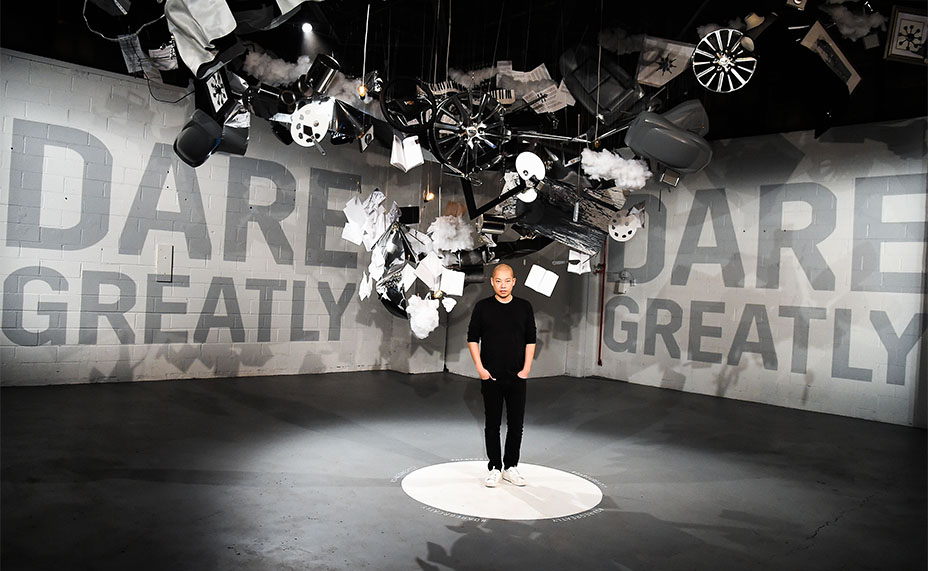