This month marks the one-year anniversary of Los Angeles fashion designer James Galanos’s death, and he’s already the subject of an exhibition at Phoenix Art Museum through Jan. 7, 2018. Unlike his retrospective at the Los Angeles County Museum of Art 20 years ago, these approximately 40 ensembles and accessories, permanently donated by the designer himself through his longtime relationship with Phoenix Art Museum or loaned by his close friends like Tatiana Sorokko, feel deeply personal.

“Even though there are samples from every decade, including a ball gown from his first collection in 1951 that’s part of the museum collection, we didn’t want to call it a retrospective,” said Dennita Sewell, the Jacquie Dorrance curator of fashion design, regarding the more intimate title, A Tribute to James Galanos. “It’s from the heart by people who have had involvement with him.” 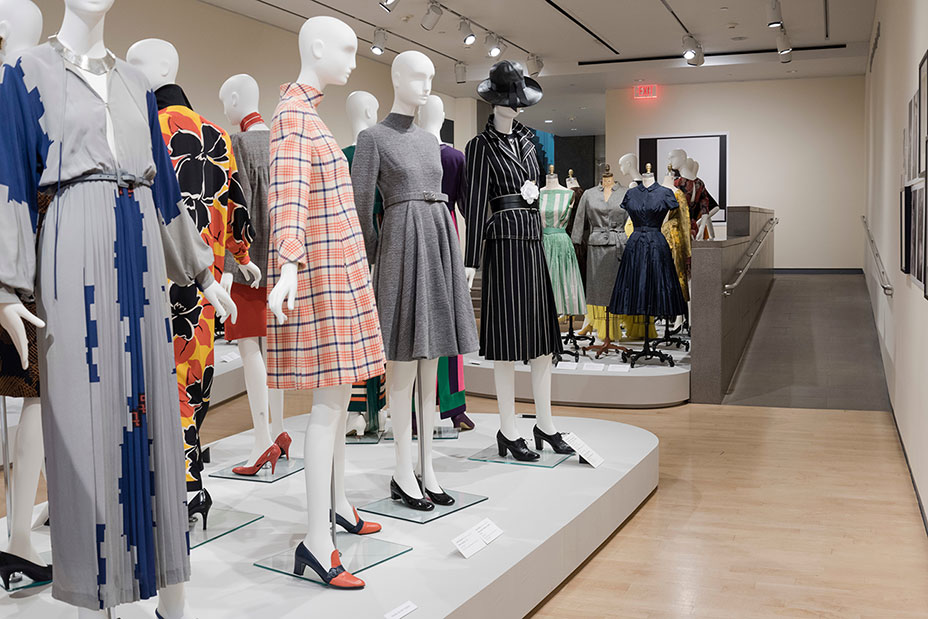 It took the collective expertise of his inner circle to cherry-pick the exquisite snippet from his immense oeuvre. Despite his fastidious pocket squares and preference for referring to his Rolls-Royce as an automobile and never a car, the man knew how to work, regularly presenting 150 to 200 pieces at fashion shows that dragged on for hours. In disbelief of his gall, especially compared with today’s short attention spans, Sorokko asked him how he managed to make everyone stick around until the bitter end.

“He’d lock the doors,” she said, among many personal stories and photos she and fashion designer Ralph Rucci, who considers Galanos his mentor and a dear friend, shared at a talk at the museum on Oct. 5. “Jimmy was from another planet of greatness.” 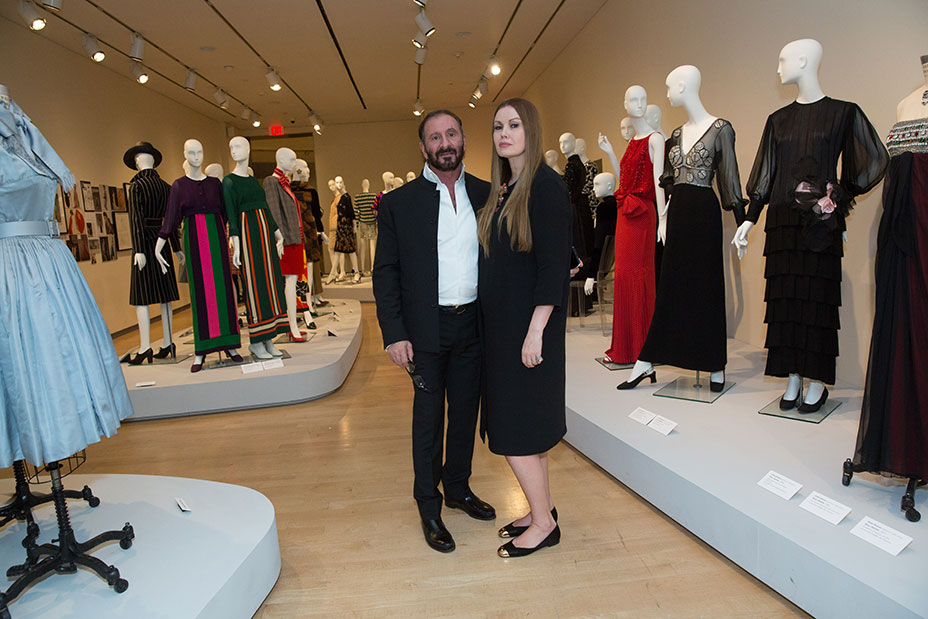 The mood turned emotional when Rucci touched on Galanos’ love life or lack thereof. Much like the monastic Bill Cunningham, a combination of the times and Galanos’ Greek upbringing thwarted the thought of any substantial relationships or even the admittance of his homosexuality. Yet he created a family of friends in his retirement and spent holidays with them in Capri, St. Petersburg, where the group posed with Harper’s Bazaar Editor-in-Chief Glenda Bailey in front of the Hermitage, and Paris.

“Instead of turkey on Thanksgiving, we’d have roasted chicken at Le Voltaire,” said Sorokko. 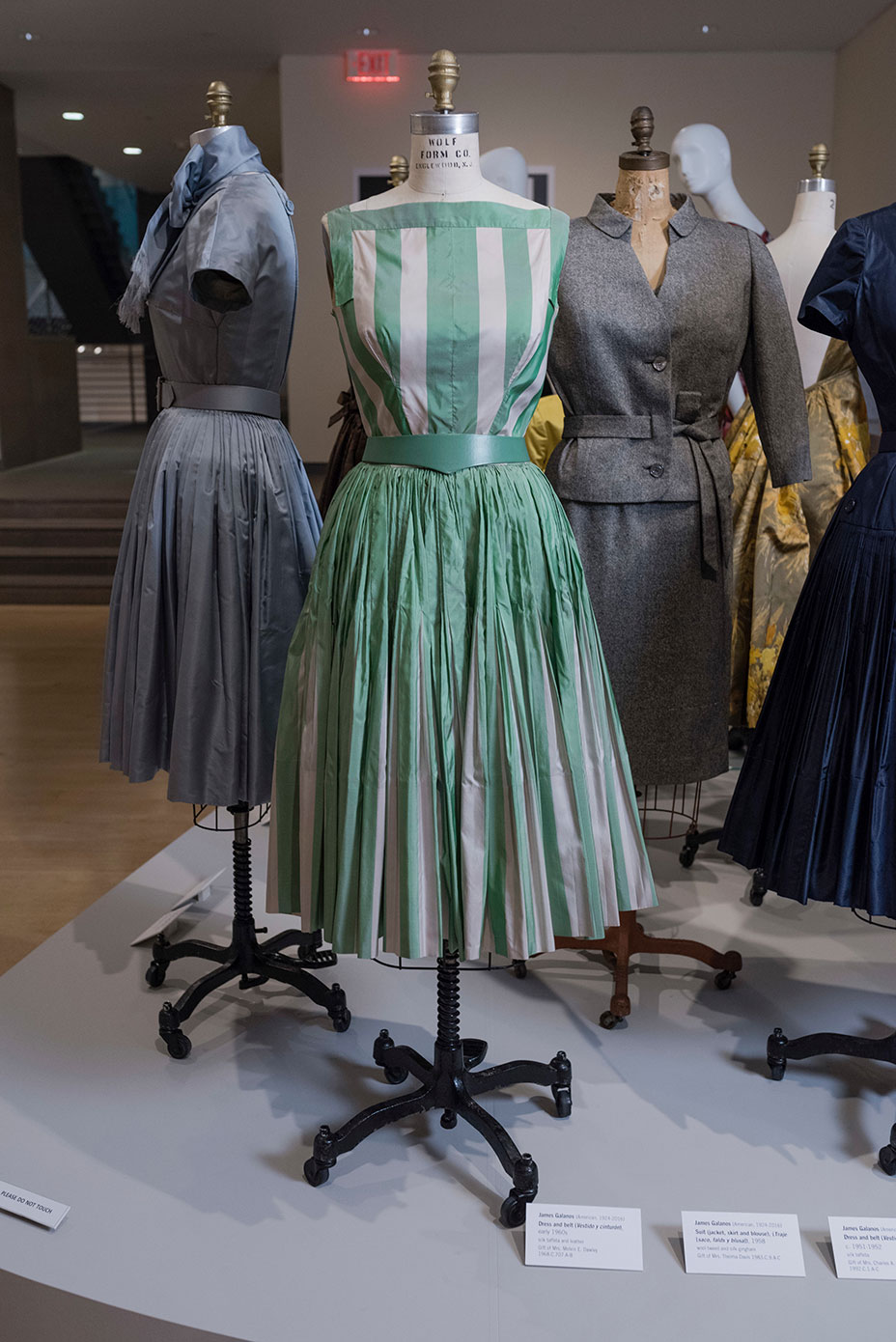 The exhibition dives into how Galanos was a series of contradictions. While his clothes cost staggering amounts even by today’s standards, and Balmain, Bohan and Givenchy were his fellow assistants at Robert Piguet’s Parisian atelier, he always downplayed the couture label. His signature full skirts in silk chiffon and heavy beadwork are thoroughly represented, too. Several boldly patterned dresses from the ‘60s accompany their respective magazine covers, which are displayed among ephemera on view for the first time.

“All of these pieces are the creme de la creme,” said Sorokko.

He also never cared much for the Hollywood scene according to Rucci, but dressed its biggest stars. Marilyn Monroe wore his silk shantung and silk chiffon knee-length dress with a sheer midriff from 1956, and Nancy Reagan donned a velvet gown from the following year, which she infamously wore decades later — before vintage was acceptable for society swans, and for FLOTUS, no less. 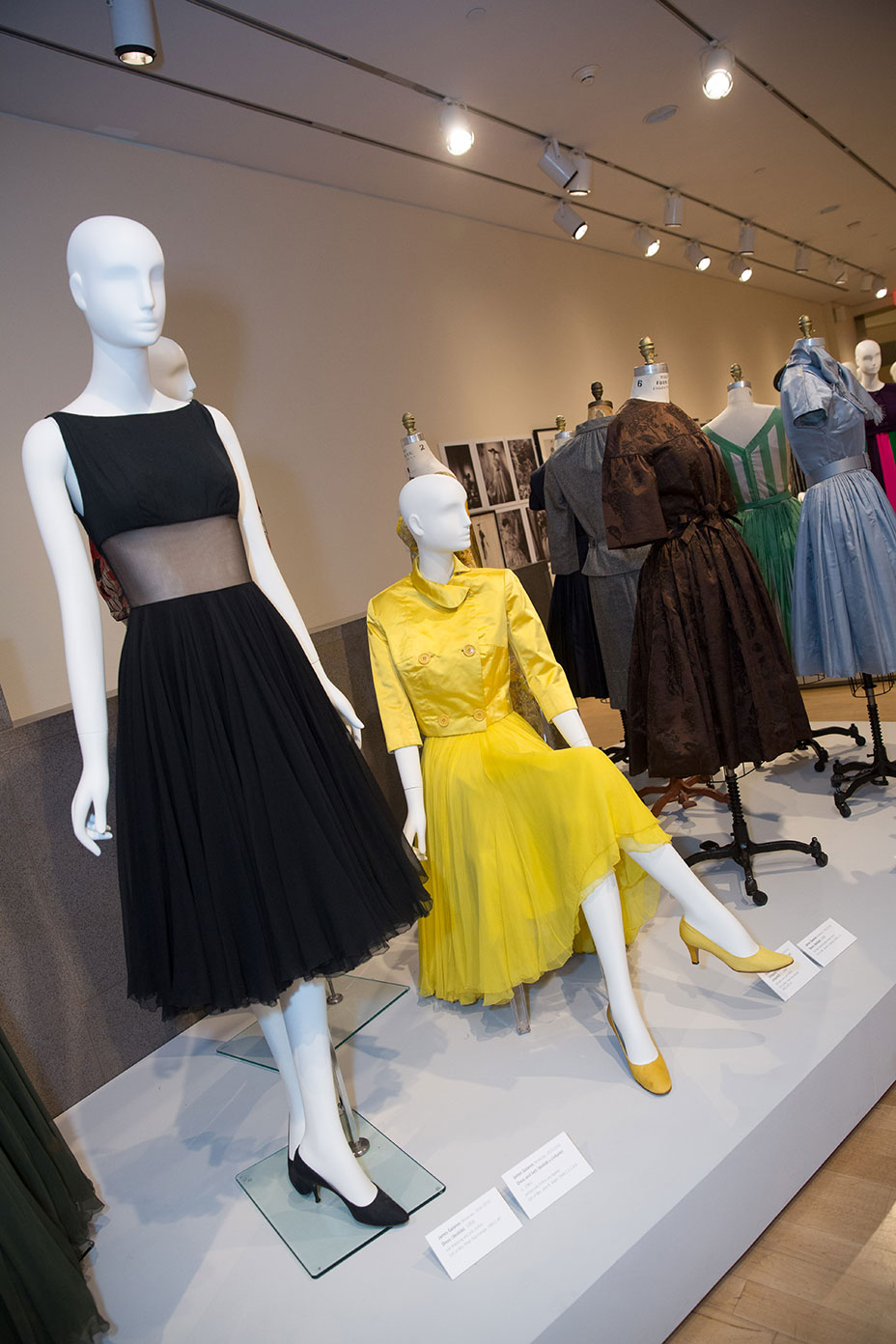 “The most difficult thing to create in fashion is an instant classic that’s timeless,” said Sorokko, having recently made her point at Paris Fashion Week. “I was showing people photos of striped dresses in the exhibition, and they said, ‘Is that the new Gucci?'”