Though there wasn’t anything on the clothing racks for them, celebrity clients James Marsden and Rami Malek swung by the Bowery Hotel in downtown Manhattan to toast their Hollywood uber-stylist’s new fall collab with Eddie Bauer.

Following up on her mini-collection for men a couple seasons back, this new limited edition of 25 pieces is all about girl power, Urbinati said, inspired by the “badass” Christine “Stine” Bauer, the wife of the company founder who was an noted artist, seamstress and devotee of hunting and fishing. Her spark pushed the company into outfitting women for field and stream at a time when some women were still wearing high heels in the great outdoors. 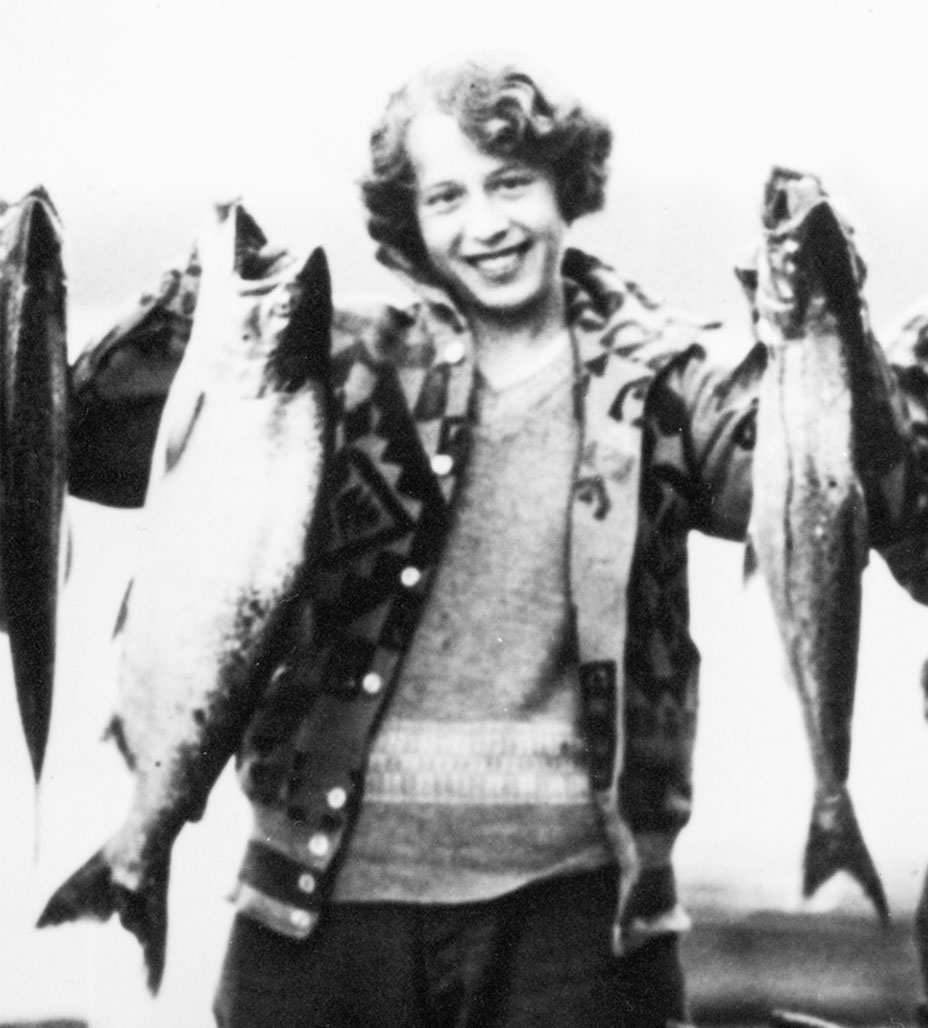 So there is a cropped Blacktail bomber ($199) in a muted folk-art pattern that is a refresh of the original Skyliner jacket Stine is pictured wearing as she displays her day’s catch in a vintage photo. And the woodsy shadow-plaid, a Bauer staple, gets updated in a faux-fur collared topper dubbed the June Coat ($349). Urbinati herself threw it on with heels and black tights that made it seem as apropos for the party’s clubby setting as for any day in the wilderness.

“I was thinking what if Margot Tenenbaum wore Eddie Bauer and what would that look like,” Urbinati mused, referring to the quirky character from Wes Anderson’s The Royal Tenenbaums played by Gwyneth Paltrow. “It’s a way to do something a little different for Eddie Bauer but still be respectful of what the brand is.”

There is also the fluffy white fleece toggle coat called the Margot ($249) that Urbinati said reminds her a little of Penny Lane, the ‘70s rock groupie from Almost Famous. Yet with a vintage cowboy-print flannel lining that Urbinati sourced in the Seattle archives, it also harkens back to the company’s early days in the ‘30s since “in the ‘70s, fashion was doing a version of the ‘30s anyway,” she said. 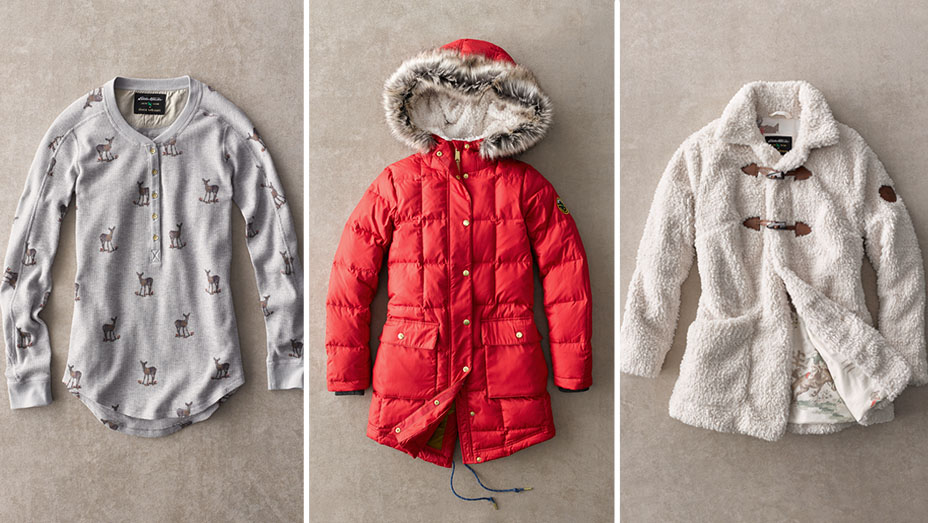 The fleece also lines the hood of the updated down-filled Kara Karam II Parka ($299) with its signature square-quilting. It’s perfect over the vintage-y Coal Creek Overalls ($129) that Urbinati said she “lives in” with their slimmed-down leg and her favorite cowboy-print flannel lining. The whimsical pattern also pops up on the Woodsie thermal henley top and leggings ($70 each; collection available at Eddie Bauer stores in September.)

After they had their fill of Eddie (bourbon, lemon and honey) and Stine (vodka, ginger beer and lime) cocktails and the crab cake and sirloin hors d’oeuvre, each invited guest got a speckled red coffee mug with the collab’s old-timey logo as a custom campfire-style souvenir before they trekked down the steps back out to the darkened city streets. And, Urbinati, with Marsden and a later-arriving Malek in tow, repaired to the lobby bar for a post-preview round of late cocktails.

The 25 Most Powerful Stylists in Hollywood