Jane Fonda changed up her look for the Emmy Awards.

On Sunday’s red carpet, the actress, styled Tanya Gill, arrived in a long-sleeve, custom, waterfall-back pink gown by Brandon Maxwell and a new ‘do with set of straight-across bangs and long locks. 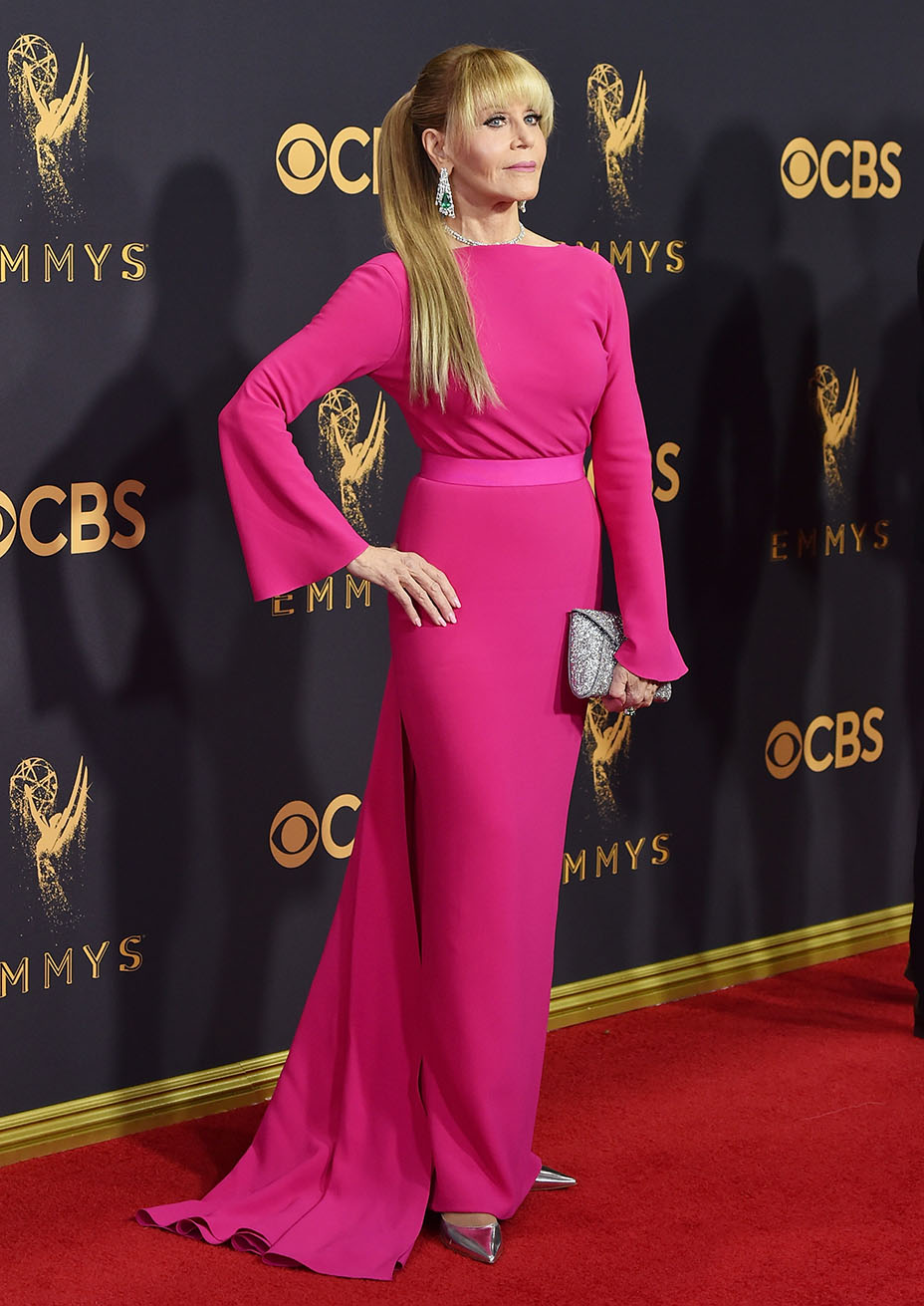 The actress is nominated for best actress in a comedy series for her role in Netflix’s Grace and Frankie. Her co-star, Lily Tomlin, also scored a nom in the same category.