As expected, Jared Leto delivered some sartorial flair on the VMAs red carpet.

It was hard to miss the Thirty Seconds to Mars frontman, who arrived in a dramatic green and blue sequined Gucci cape with a pink floral turtleneck and black pants. Perhaps to protect himself from his outerwear’s blinding shine, he wore a pair of Carrera aviators on the step and repeat. 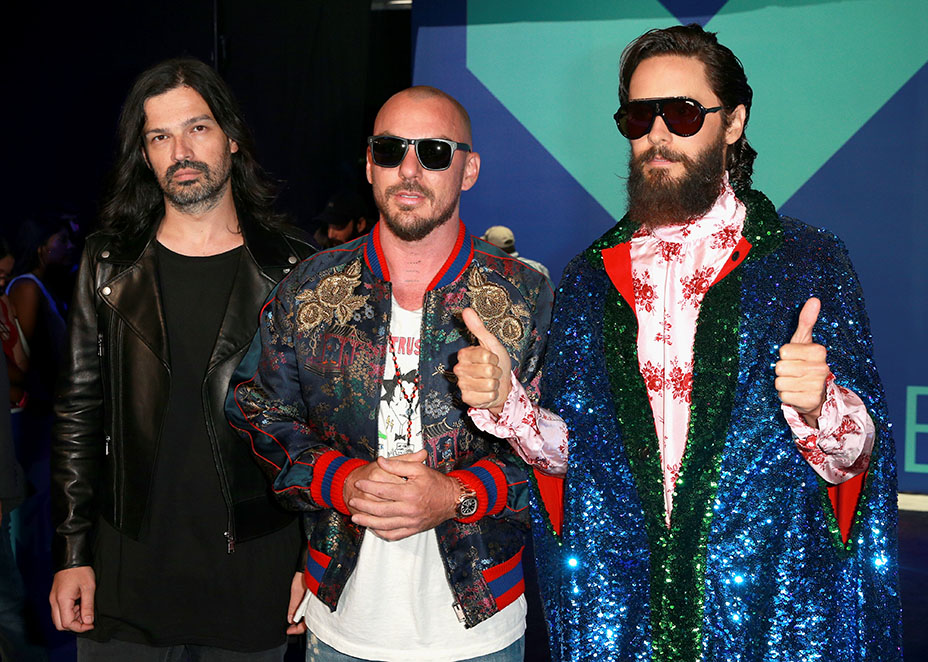 Leto stepped out with bandmates brother Shannon Leto (in Gucci, not uh, Forever 21) and Tomo Milicevic.

Thirty Seconds to Mars is scheduled to hit the stage during the music awards ceremony, where they’ll be performing their new single, “Walk on Water.”

Leto will appear on the silver screen soon, starring in Blade Runner 2049, opposite Ryan Gosling and Harrison Ford. 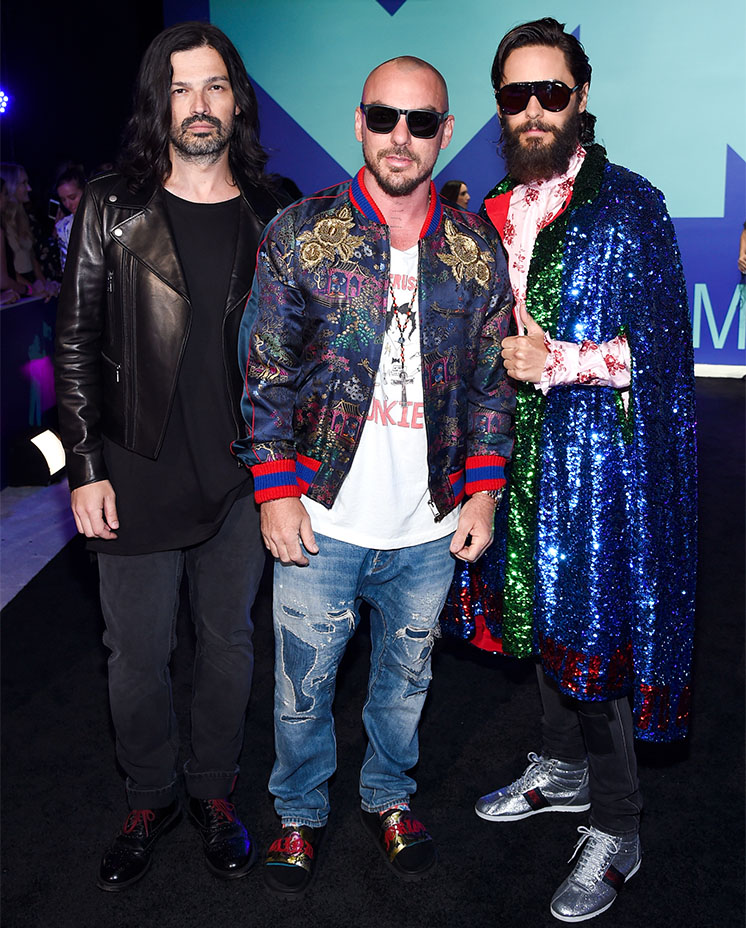