In early February, after a cozy dinner with beau Cooke Maroney at the SoHo restaurant Raoul’s (a long-time Hollywood haunt), Jennifer Lawrence’s engagement to the New York art gallery director was confirmed. When the actress stepped out at the Dior fall-winter 2019 fashion show in Paris on Feb. 26, the world got a closer look at her sizeable emerald-cut diamond on a platinum band. And today we have an answer to the mystery of the designer behind the dazzling ring. 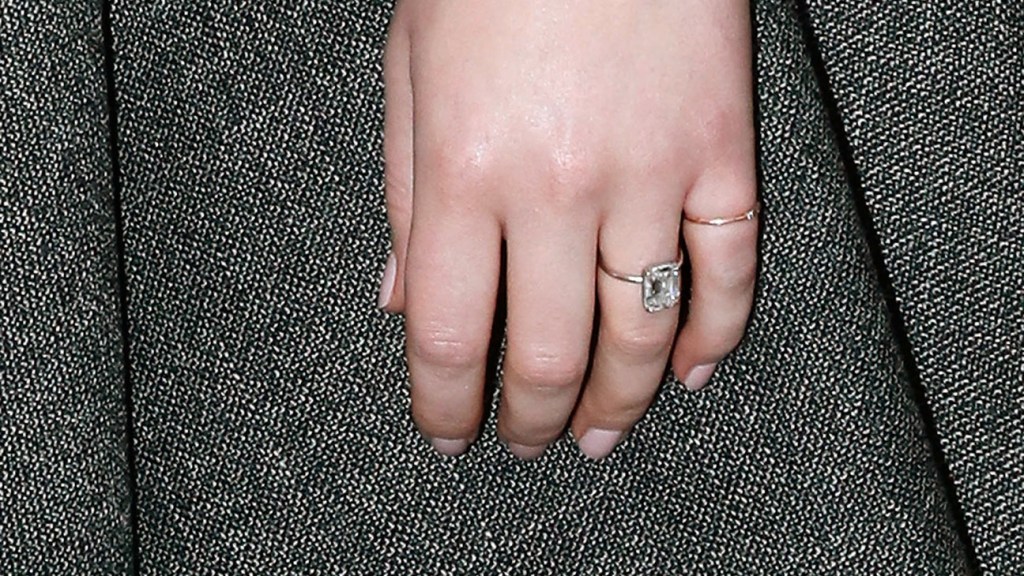 A spokesperson for New York-based fine jewelry brand Alison Lou, founded in 2012 by Alison Chemla, on Friday confirmed to The Hollywood Reporter that it designed the ring, but declined a request for comment with further details.

This is the brand’s second major engagement ring coup. Last year, Alison Lou partnered with model-actress Emily Ratajkowsi and her now-husband, producer Sebastian Bear-McClard, to co-design Ratajkowsi’s engagement ring after Bear-McClard proposed and they wed at City Hall in New York. Emrata’s sparkler has a unique, modern design that pairs pear- and square-cut diamonds on a wide gleaming yellow gold band; the design process reportedly took over 50 sketches before landing on just the right look.

Alison Lou’s jewels have a starry following. The label has made a name for its fun, quirky designs (from a penne pasta-inspired ring and emoji-themed necklaces to lollipop and ice cream cone stud earrings and “pill by the yard” bracelets). An arty line of Lucite Jelly Hoop earrings, launched last year, have become a staple for fans including Blake Lively, Tracee Ellis Ross, Selena Gomez, Gigi Hadid, Gabrielle Union, Heidi Klum and Grammy winner Kacey Musgraves.