Jeremy Scott celebrated 20 years of his namesake label on Friday night, with a fun-loving New York Fashion Week show that paid tribute to his roots in avant-garde deconstruction and streetwear, as well as his current position as Hollywood’s pop provocateur on the red carpet and stage.

If the cast for Scott’s Moschino Resort 2018 show in L.A. in June was about his Hollywood life (Hailey Baldwin, Presley Gerber and more celebrity spawn walked in that show), this one was about his fashion life. Devon Aoki, his longtime model and muse, opened the show, and a who’s who of fashion models then and now walked, including Coco Rocha, Joan Smalls, Stella Maxwell, Gigi Hadid and Sofia Richie (proud papa Lionel Richie was in the seats). 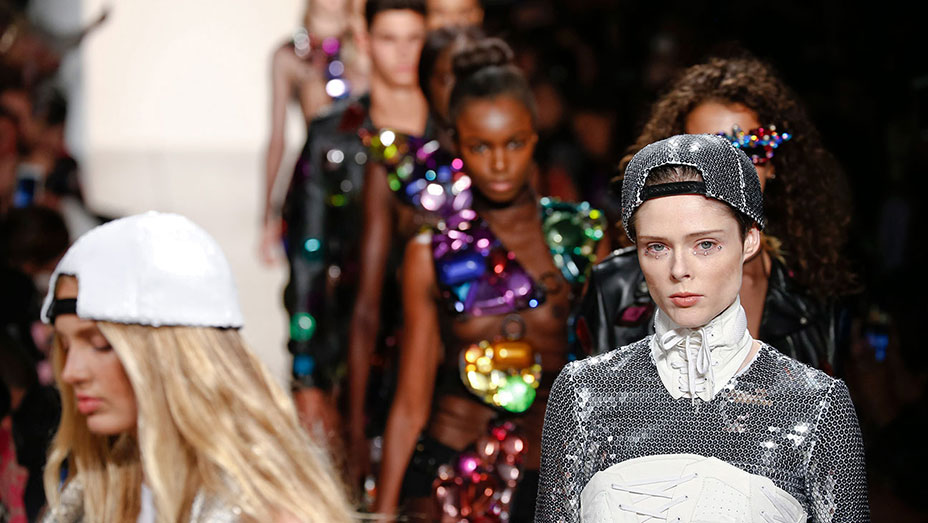 The clothes were a mix of sport and glam, with cartoon-festooned biker jackets and sports jerseys; couture-ruffle trimmed backpacks and belt bags; crystal mesh anorak dresses and supersized-jewel encrusted sheer black gowns fit for a star on either coast.

With a relatively drama-free scene before the show, even soothing music to welcome guests, and elevated designs on the runway, it feels like Scott is entering a new phase with his label, taking ownership of his work, past and future. Here’s to the next 20 years.