Scott was inspired by the characters of Fellini’s greatest films — Satyricon, 8 ½, Casanova, Roma and La Dolce Vita — for his latest collection, making it a natural fit to bring the presentation to Cinecitta.

The show was also a timely event in the midst of Hollywood award seasons, considering that, to this day, Fellini is the director with the most Oscar wins for best foreign-language film with four. 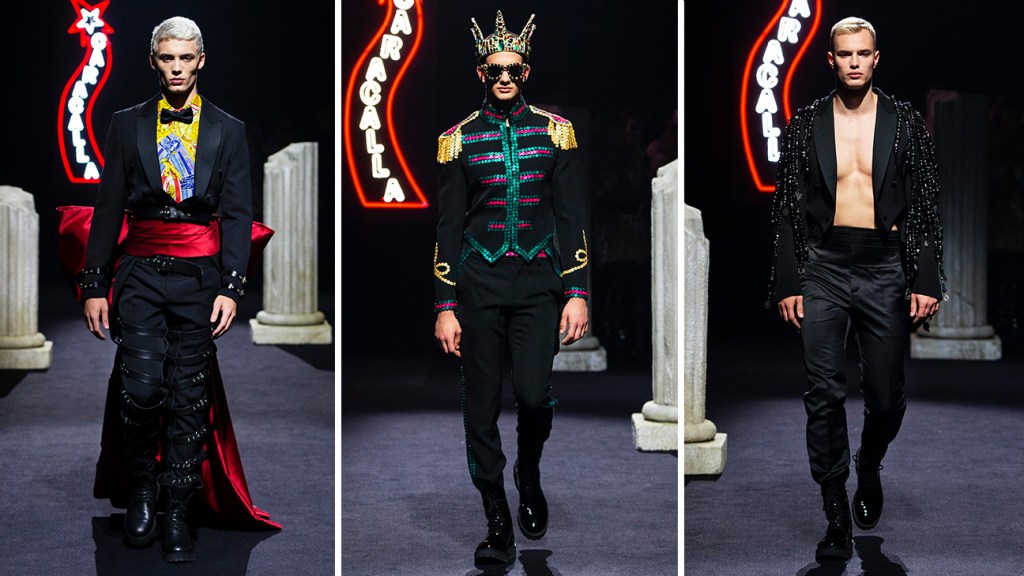 Fellini lived at Sound Stage 5, a stage that now bears his name, but the actual show took place at Sound Stage 10, a flexible venue popular for large events in Rome.

The stage was decorated in homage to La Dolce Vita, mixing elements from the Baths of Caracalla with 1960s-era disco props.

Perhaps there is no one better to revive the spirit of Fellini than Scott, known for bringing the outrageous into every day and celebrating life’s most colorful and glamorous characters. Men and women paraded down the dark runway in opulent clothes with direct nods to Fellini’s greatest characters, drawing lots of gasps and applause from the crowd.

A woman in a towering strapless red silk gown and exaggerated blonde wig brought up memories of Swedish goddess Anita Ekberg frolicking in the Trevi Fountain. 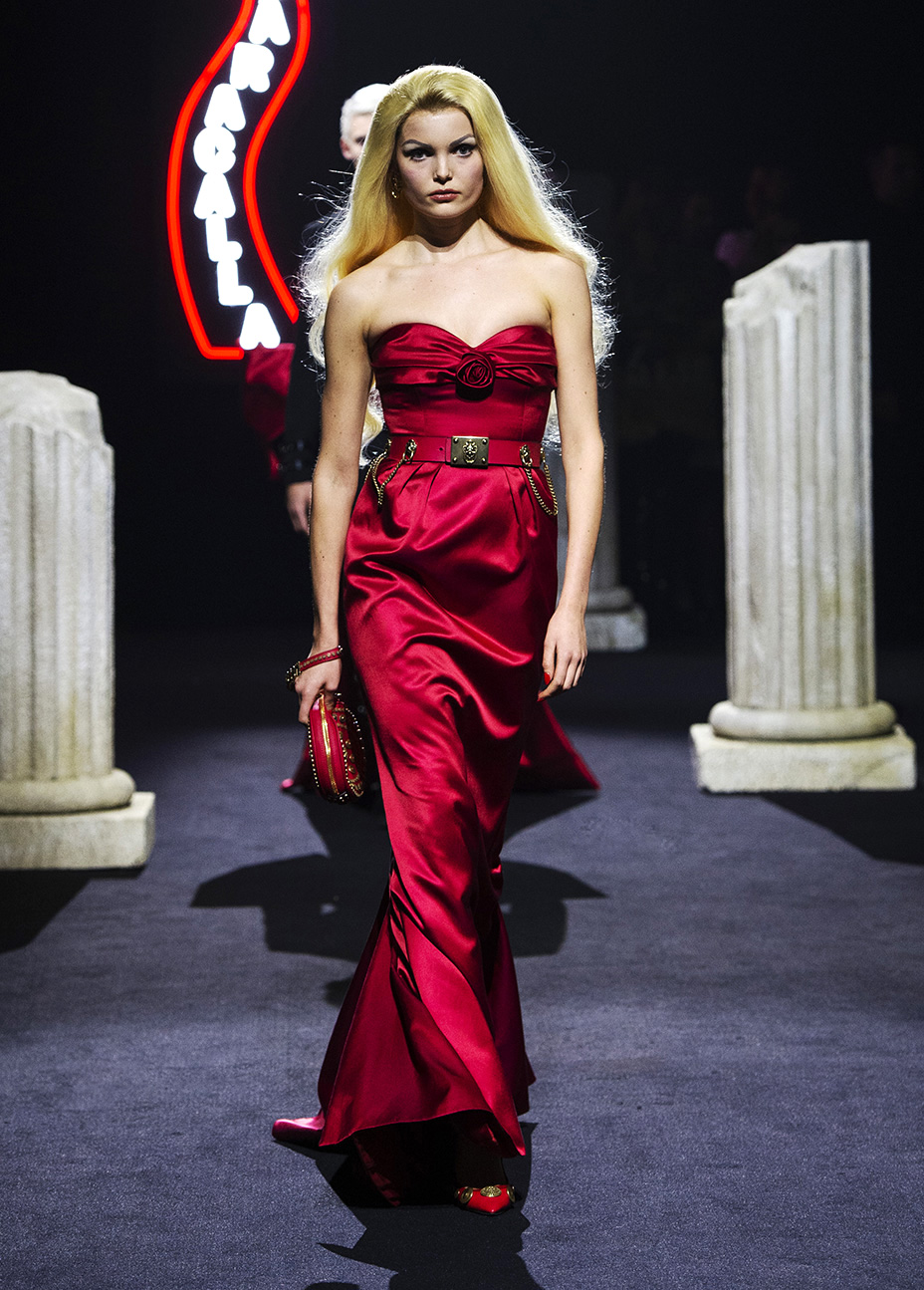 Eveningwear for women and sportswear for men were combined with centurion armor in bold bronze and scarlet colors. Characters dressed as imperial Roman figures seemed to walk directly off the set of Satyricon.

The Italian fashion brand was right at home in Rome, as Scott also worked Latin inscriptions into decadent silk patterns. Ghosts of Italian nobility were revived in outfits of cage skirts, bodices and sky-high wigs.

It wouldn’t be Scott without tracksuits, and his new iterations were Fellini to the core, adorned with jewels and tarnished metallic gold embroidery to imagine ribcages and femurs. If Marcello Mastroianni had ever dressed down, it would be easy to imagine him in one of Scott’s regal creations. 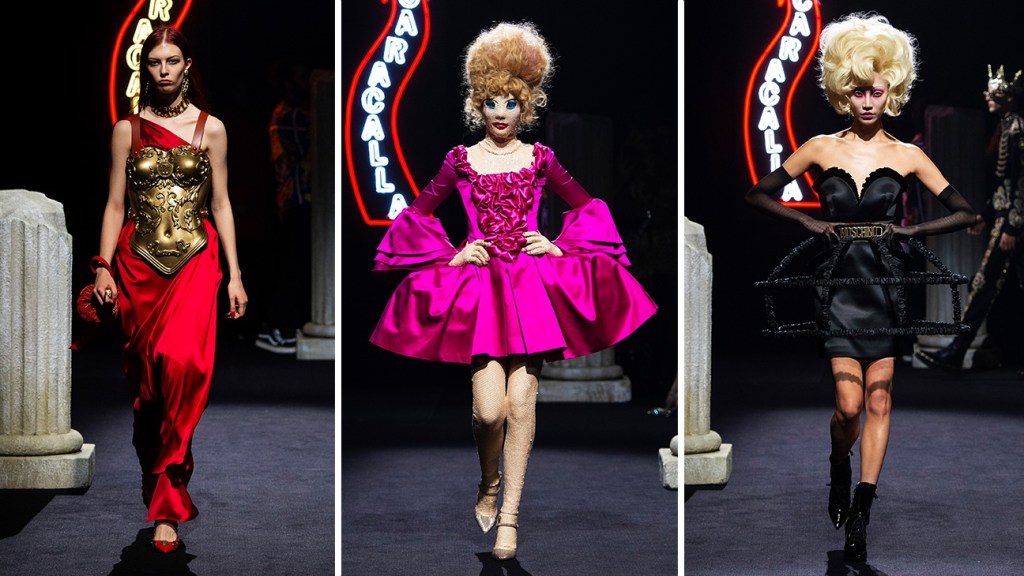 The parade of characters recalled “off duty” showgirls and guys, sporting feathers and beads against duffels and bomber jackets. Scott is setting the score for 2019 early, with a focus on fun and a sensibility highlighted with a surreal edge, all while showing off Italy’s time-honored traditions of craftsmanship.

“It’s Fellini, said Scott backstage. “It’s all the things I love about him, come to light.”