Long before every fashion brand, dating app and cannabis purveyor decided to take over Coachella with branded events, Jeremy Scott started throwing his epic desert parties 10 years ago. That’s right, the L.A.-based designer was on the Coachella party scene long before it became a thing.

“I was a Coachella pioneer!” said Scott, who added that he continues to come back because he loves the “music and the free spirit of the music festival.”

Scott didn’t disappoint when he returned with another rager Saturday, throwing his 10th annual extravaganza with Moschino (where he’s served as creative director since 2013) in partnership with Candy Crush and Tidal. Katy Perry, Rita Ora, Kylie Jenner, Charli XCX and singer Soko were among the designer’s famous pals at the Candy Crush-themed bash. 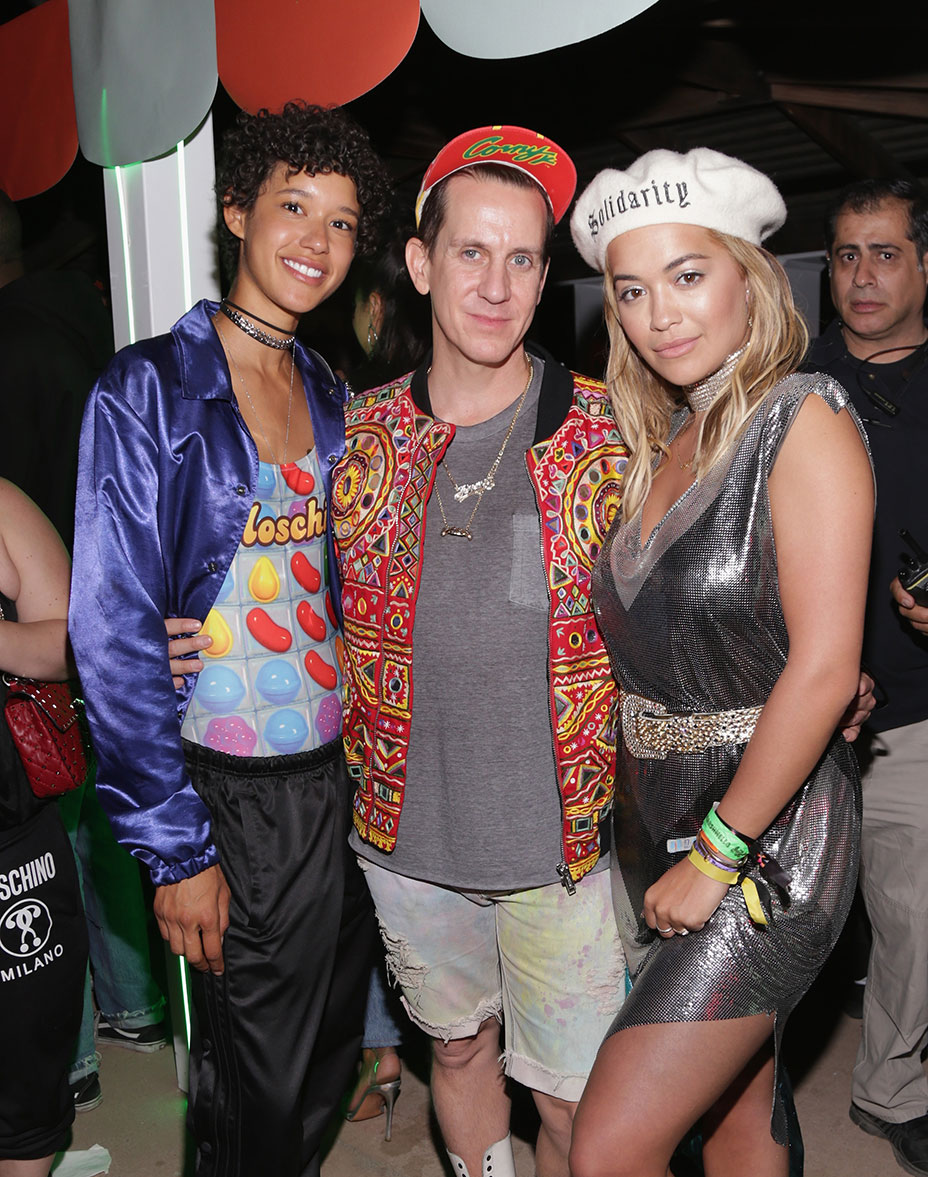 The party’s theme was inspired by Scott’s latest pop culture-inspired collection with the mobile game app. “Candy Crush is so dang cute. I love the look of the game and felt it would translate perfectly as a textile print,” the designer shared of his capsule collaboration, which includes a limited-edition backpack ($650), phone case ($70), one-piece swimwear ($300) and swim trunks ($205). The four-piece offering is now on sale at moschino.com.

The designer, who admits to being a bit of a Candy Crush addict, shared, “If you’re an airline stewardess, you will see me playing it all the time trying to get to the next level right before takeoff!”

Another major milestone for Scott? The designer’s eponymous label turns the big 2-0 this year.

“It’s a bit surreal,” he said of celebrating his brand’s 20th anniversary. “To have been an independent designer who’s made it on his own terms and to be able to celebrate this milestone is really meaningful to me.”