Women of Hollywood love Co, if Thursday night’s cocktail party at Bergdorf Goodman is any indication.

“They fit me really well and really feel like me,” said Maggie Gyllenhaal, who was wearing a silk graphic-print dress from the L.A.-based label’s fall collection. “There are about five other dresses here tonight that are also tailor-made for me.”

Gyllenhaal and Jessica Seinfeld co-hosted the event to debut Co’s fall 2017 collection by designers Stephanie Danan and Justin Kern — the partnership is partly how the brand got its name — with 10 percent of sales through Sept. 23 benefiting Seinfeld’s GOOD+ Foundation. It’s far from the first time Co and GOOD+ have partnered up, Seinfeld said. “If you’ve met Stephanie, then you know she’s the most authentic, pure, talented, good person, and those are the kind of people I like to spend my time with,” she noted. “The minute Stephanie understood what my foundation was doing, she said she wanted to get involved in every possible way. Her company comes and volunteers for us as a group. She’s one of those people who has her priorities straight, and I just admire and respect her so much.”

Candice Bergen Once Went On a Bad Date with Donald Trump

Seinfeld’s foundation raises funds and collects donated goods to assist families living in poverty. “Jessica does this brilliant thing in which you pay a certain amount of money [on the GOOD+ website], and it tells you that you just bought 500 pencils for a classroom,” said writer/director Jenni Konner, who attended with creative partner Lena Dunham. “It’s really rewarding, and you feel like you’re doing something that’s actually making a difference.”

Gyllenhaal, who’s been doing press the past two weeks since the debut of her new HBO series, The Deuce, said events woven through a thread of philanthropy are important now more than ever. “We have a responsibility — we always have, but it’s come into really clear focus since Trump was elected,” she said. “We have to do everything we can to protect the things that are important to us in this world.”

Dunham agreed. “It’s important to have events like this that bring joy, both aesthetic joy and the idea of bringing people together to remind us that we need to be working toward causes that are meaningful to each of us all the time,” she said. 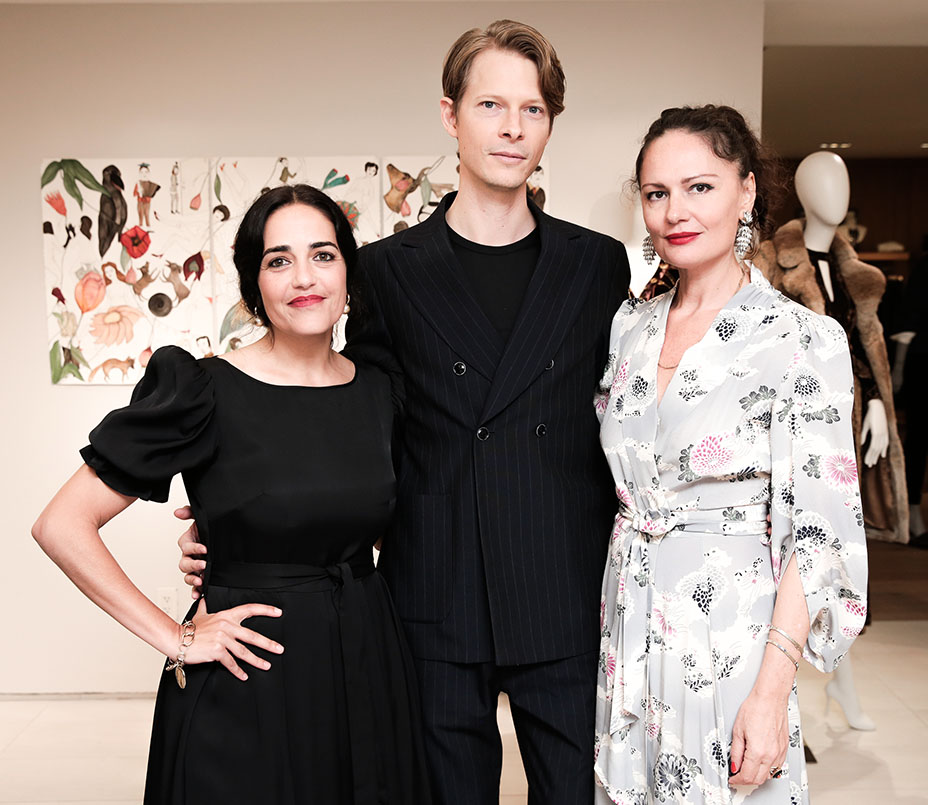 Konner and Dunham have been fans of Co for roughly three years. “I felt like Stephanie just got me,” Dunham added. “I started buying their separates, and they made me feel so good and so safe and so comfortable in my body. I would request it whenever I worked with a stylist, and we started inserting ourselves more and more into the Co world.”

Danan credited Dunham and Konner as an indirect influence on the fall collection. “I was going through a period in which I was struggling with my relationship with my body, and Lena and Jenni invited me to write a piece about it for Lenny Letter,” she explained, name-checking the online feminist newsletter Dunham and Konner launched in September 2015. “That was really healing and cathartic, and the collection grew out of that feeling.” There’s a nod to the ‘40s in the fall designs, Danan added, from the accentuated shoulders to the dresses featuring waists cinched with belts, in velvets, silks and knits that feel good against the body. “For us it always starts with fabrication and texture, but I also wanted to create pieces that got a little closer to the body and celebrated women’s curves,” she said. 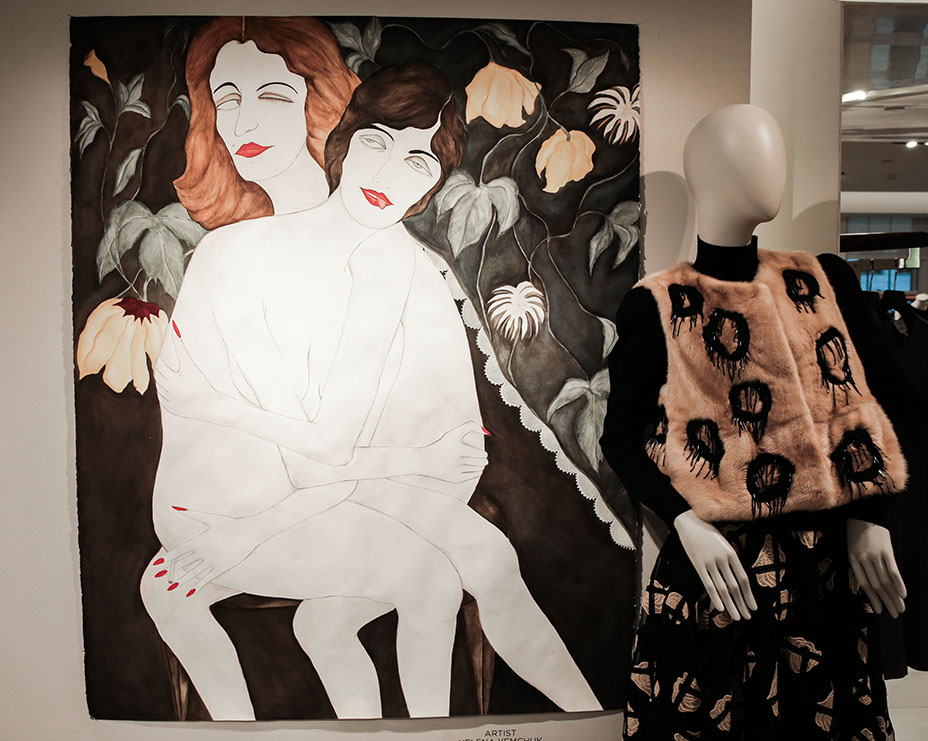 When the time came to shoot the collection’s look book, Danan and Kern turned to artist Yelena Yemchuk, a photographer and painter who has long worked with the brand. “I knew Yelena did these beautiful nudes of women with strange and awkward bodies, and we realized they should be the backdrop of the look book,” Danan said. Fast-forward to Linda Fargo, senior vp and women’s fashion director for Bergdorf Goodman, who spotted the paintings in the look book during her appointment to preview the fall collection and instantly decided the artwork should be included when Co’s fall looks arrived in store.

Konner, who bought one of Yemchuk’s paintings at the event, believed the elements of Thursday night felt natural for anyone familiar with the brand’s philosophy. “It’s never vague, and it’s great when you can create a crossover that works so well, when art and philanthropy can be brought together in a meaningful way,” she said.

That strategy won’t change for Co anytime soon, according to Kern. “A word we started using to define the collections and the brand is ‘thoughtful,’ and you just can’t throw that word around; you actually have to be it,” he said. “We’re not the brand that does the big spectacle show and the afterparty, we’re the brand that wants to do things like this. That will always be important to us.”