Eva Mendes called out the progress within the once “archaic” fashion industry while speaking at a women’s summit in Los Angeles on Saturday.

The actress shared why it was important to her to have plus sizes in her fashion collections with New York and Company, calling it an “obvious” choice. “I’ve always thought the fashion industry was a bit archaic in that way. I never understood why there was really only one form of beauty, and I’m just so excited that my girls are going to grow up in a world where they get to see so much more diversity,” said Mendes, who shares two daughters with Ryan Gosling. “My two little girls are already these two self-empowered little women. I’m just like, ‘Oh my Gosh. I just need to get out of their way.'”

Mendes recalled how 20 years ago, “there were actually makeup artists that didn’t even know how to do my makeup,” because foundation wasn’t readily available in her shade. “We’ve come such a long way.” (In part due to brands like Rihanna’s Fenty Beauty which famously offers 50 shades).

She drops fashion collections every six weeks, which has helped her develop her business savvy and social media skills. “I do not like posting things for Instagram. It’s kind of stressful for me. I don’t enjoy it but I love connecting to women,” she revealed.

Mendes joined Jessica Simpson, Jessica Alba, Antoni Porowski and Lauren Conrad as some of the speakers who imparted business advice to women at the 2020 Create & Cultivate conference at Rolling Greens Nursery in downtown L.A. The online platform supports female entrepreneurs, previously held a self-care summit in L.A. and recently named Gwyneth Paltrow and Priyanka Chopra Jonas to its 100 List.

New York and Company CEO Greg Scott, whose label has also teamed with Gabrielle Union on clothing collections, later spoke about the impact of the Victoria’s Secret sale this week to private equity firm Sycamore Partners.

“That day will go down in history as the changing of the guard,” Scott said of the decline of superpower retail conglomerates such as L Brands, which owned Victoria’s Secret and now retains Bath & Body Works. “Victoria’s Secret had a lot of problems…. [But] really what’s happening is smaller micro-businesses that are $100 million, $150 million, $175 million, $200 million, because of the digital world, they are now taking over that space.” 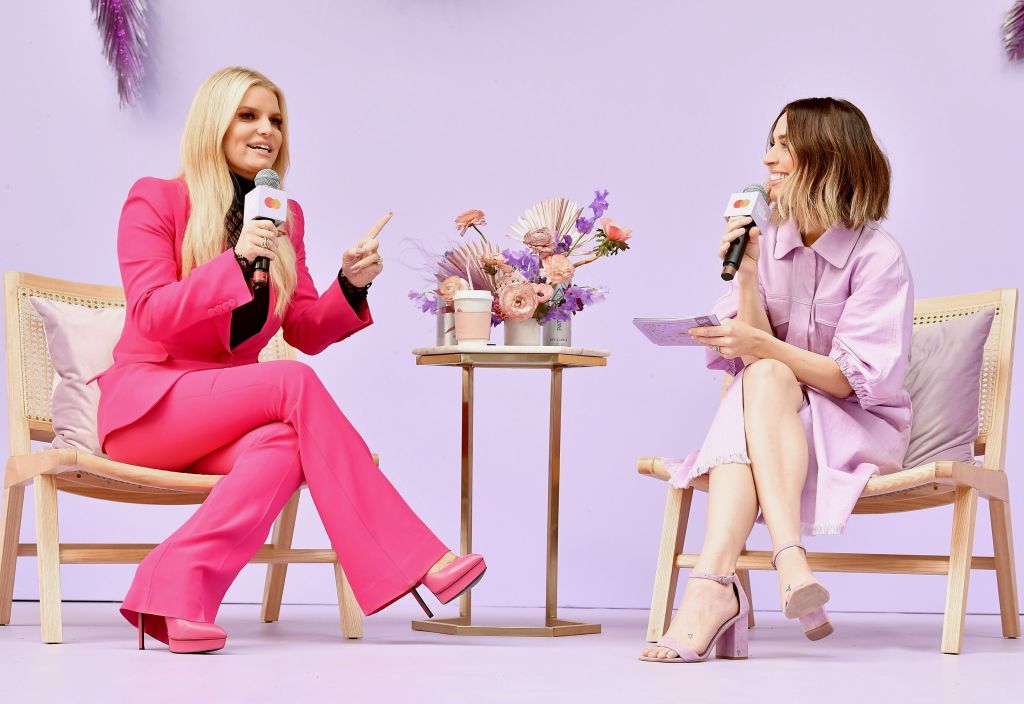 Earlier in the day, Simpson reflected on her emotional journey this year, following the release of her memoir Open Book. Out Feb. 4, the book touches on her strained relationship with John Mayer, as well as her challenges with pills and alcohol.

“I feel so empowered by the year 2020,” Simpson said on stage. “I knew that I was going to be releasing a book. I had no idea the impact that it would have, but 2020 is the year for me to use my voice and my heart and my platform to help lead and guide others to a good understanding of their purpose.”