Eight years in the making, the long-awaited Hotel Californian has finally made its official debut after a grand soiree Thursday night. The opening event for the giant Santa Barbara property drew in the likes of Michael Keaton, Nicollette Sheridan, Jane Lynch, Bo Derek and John Corbett, who came out to dance, imbibe and enjoy an hourlong acoustic set from John Mayer.

The award-winning singer dedicated his set as a “love letter” to Santa Barbara, performing his top hits including “Your Body Is a Wonderland” and “Slow Dancing in a Burning Room.” 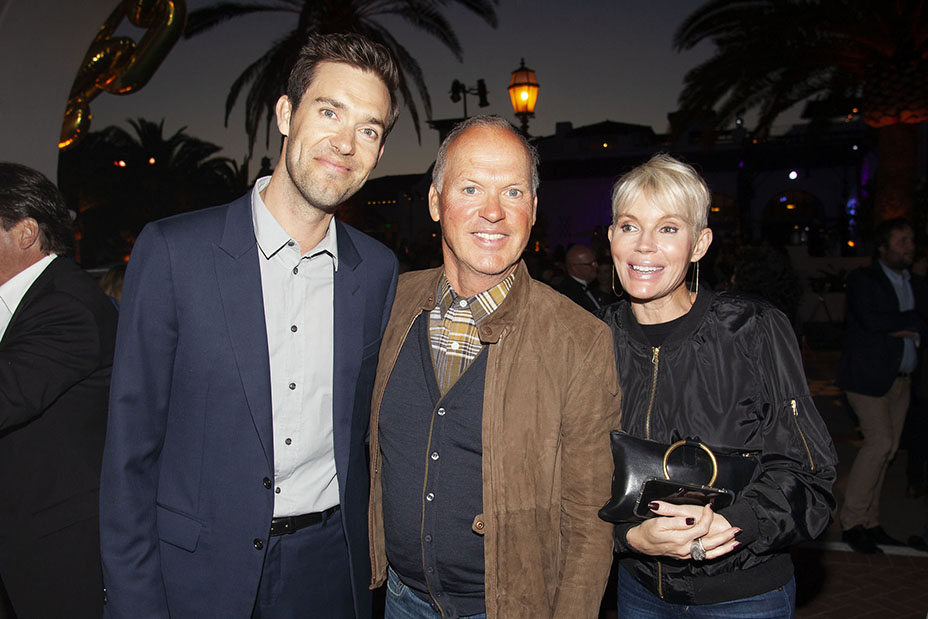 Michael Keaton and his songwriter son Sean came out to see their longtime friend Mayer perform. The actor was surprised by how much he enjoyed himself at the intimate party. “Honestly, I’m a pretty low-key kind of guy. I stay pretty under the radar, but this is really fun,” he said. “The hotel is fantastic. It’s not something you see everyday.”

Keaton was taking a much-needed work break as he’s currently in the middle of developing a story he has optioned from The New Yorker with Adam McKay and Jay Roach. “I’m desperate to do another comedy,” he told The Hollywood Reporter. “We have a really fun, really great project in the works.”

The actor has long been a fan of Santa Barbara, recently buying a ranchette near Montecito for weekends when he’s not at home in Los Angeles or in Montana. Keaton offered it as a staging area for firefighters during December’s Thomas Fire, the largest in California’s modern history. “There are so many sad stories here that you just want to pitch in and help,” he said.

Hotel Californian owner and developer Michael Rosenfeld also saw the hotel as a gathering place for the community at large. “After the evacuations, half of Montecito came down with their dogs to stay here,” he said, adding that it also hosted a father/daughter dance for 250 families from Montecito High School. Rosenfeld believes the hotel has become a symbol of the new Santa Barbara and the warmth of its residents.

While the Thomas Fire mudflows primarily affected areas around Montecito, the closure of Highway 101 and constant media stories drumming up fear resulted in a very soft tourism season for Santa Barbara. All roads have been cleared now and the region is up and running again and ready to welcome back spring and summer guests. 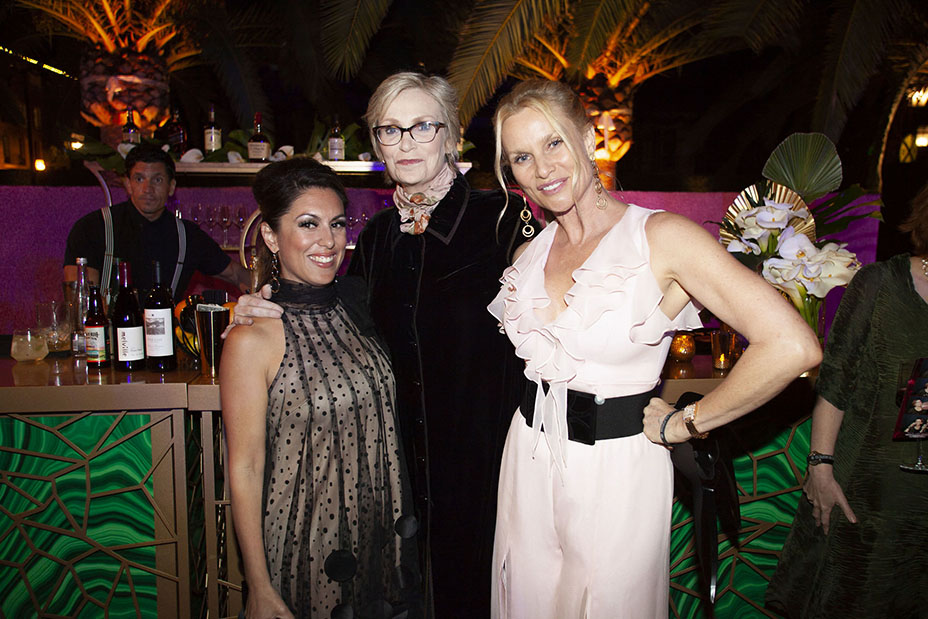 As the first luxury hotel adjacent to the vibrant Funk Zone, the Californian is viewed by Rosenfeld as an anchor for the neighborhood and its youthful spirit. “People want to go out at night,” he said. “They want to enjoy everything right outside their doorsteps.”

Over the past several years, the Funk Zone has transformed Santa Barbara from an upscale coastal retreat into a hip young nightspot with first-class restaurants, wineries, art galleries and boutiques. World-famous chefs are constantly drawn to the area to open up their own outposts, after The Lark transformed the local dining scene. Recent additions include Spanish restaurant Loquita, the upscale Mexican joint Santo Mezcal and Hotel Californian’s own Blackbird, featuring Mediterranean and contemporary cuisine. 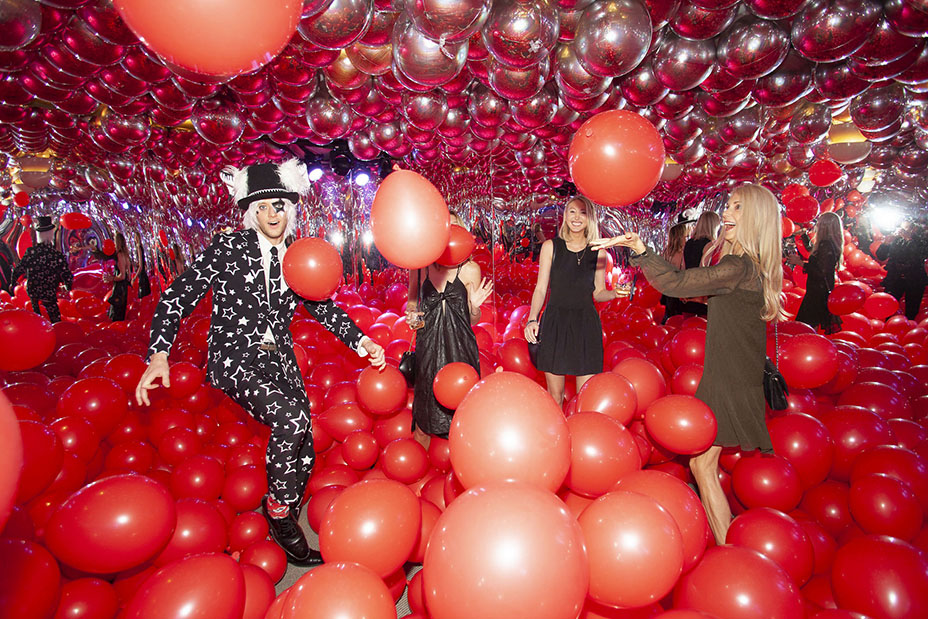 Just steps from the Pacific, the Hotel Californian features 121 rooms including a presidential suite, a Moroccan-inspired spa, fitness center, fashion boutique and various indoor and outdoor event venues. It is spread out over three buildings and was meticulously rebuilt to maintain the historical structure and spirit of its original 1925 Spanish Revival architecture.

The hotel was designed by celebrity favorite Martyn Lawrence Bullard, who combined Moroccan inspiration with mid-century furniture handmade in Italy for the seaside destination. Rooms have views of the ocean, Santa Ynez mountains or out onto the city. Walls are covered in hand-painted tiles, bathrooms feature stone showers and baths, and many rooms have their own balcony or patio. There are incredible details throughout such as gold cobra-snake lamps, leather studded headboards and sunny painted ceilings.

“Design is one thing, but with a hotel, comfort is everything,” said Bullard, who took extra care in designing the hotel’s large plush beds. The spacious sunlit rooms full of high-tech amenities are a welcome change to many of the area’s more rustic offerings. 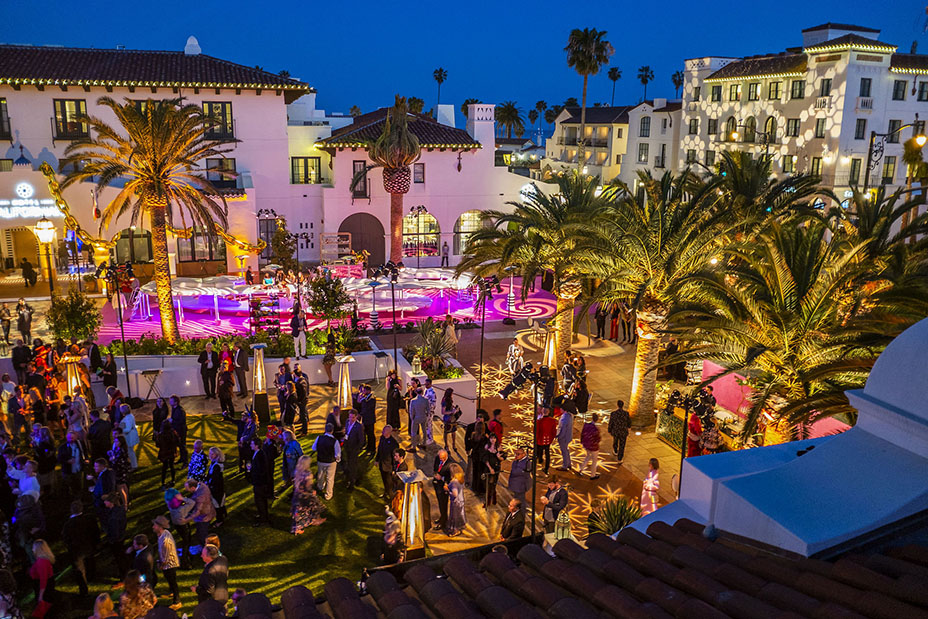 Although it has only just opened, the Hotel Californian is already earning a reputation for boasting the best view in town.

General manager Warren Nocon says his proudest moment was finishing the rooftop pool on the Californian building. But when he first showed it to Rosenfeld, the developer was not impressed.

A traditional white wall blocked the view to the beach from within the pool. “Michael said that people should be able to stand in the pool with a glass of wine, and have a direct view to the ocean,” recalled Nocon, who then fought to get permission to change the design on the historical building, added a two-month delay to the opening and a considerable amount of money to the budget. The resulting glass guardrail, which offers an unobstructed view to the shore, was well worth the wait.