“I forget how cute this store is!” says midcentury-style mogul Jonathan Adler, looking closely at the geometric doorknob of a dressing room in the downtown Manhattan Trina Turk/Mr. Turk store on Tuesday night, where he sat down to chat about his new men’s swim collab with Jonathan Skow, aka Mr. Turk.

The closet-sized space is the only place to be heard above the din of cocktail chatter, as guests nibble gourmet Pop Tarts while watching the parade of scantily clad models in skimpy bathing suits. 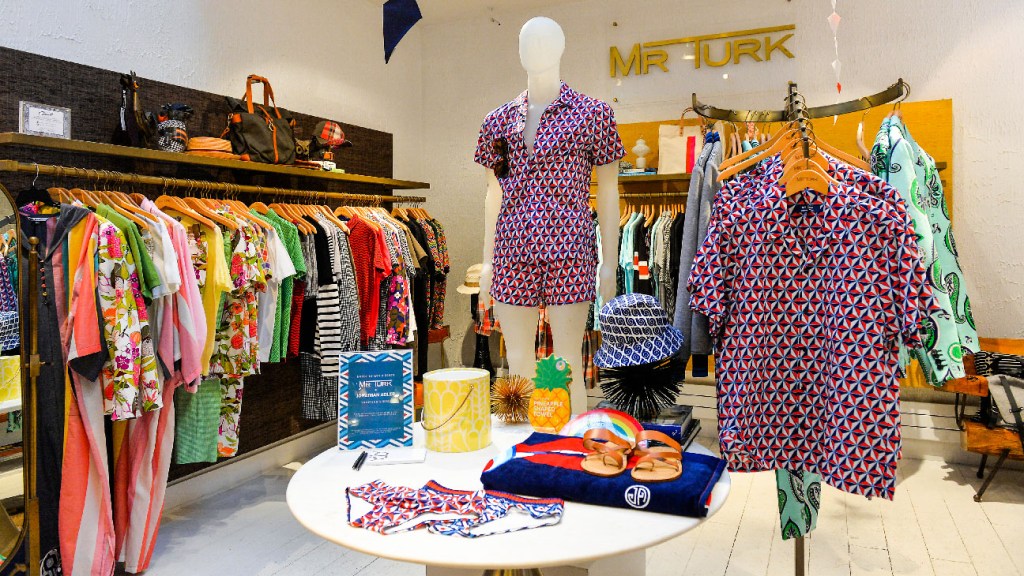 The two Jonathans — diminutive East Coast-er Adler and basketball-player-tall Angeleno Skow — have a fast and frisky comeback when asked how they first met.

“Actually we met right here,” says Skow, looking around the cluttered dressing room. “Or actually we met in your office when you were planning this dressing room.” That would be in 2005, when Adler’s firm originally designed the combined Trina Turk/Mr. Turk men’s and women’s wear boutique.

“Yeah,” says Adler, “we met during our pretty years.”

“Speak for yourself,” Skow laughs. “One of us has held up better than the other.”

So it goes, as they relate that the genesis of the collaboration came from the many vacations they have taken over the years with their respective spouses. Skow is married to designer Trina Turk, of course, and Adler is married to writer, Barney’s ambassador and longtime downtown NYC bon vivant Simon Doonan.

“You love to talk about swimwear,” Skow mentions

“I can talk about swimwear endlessly,” Adler agrees. 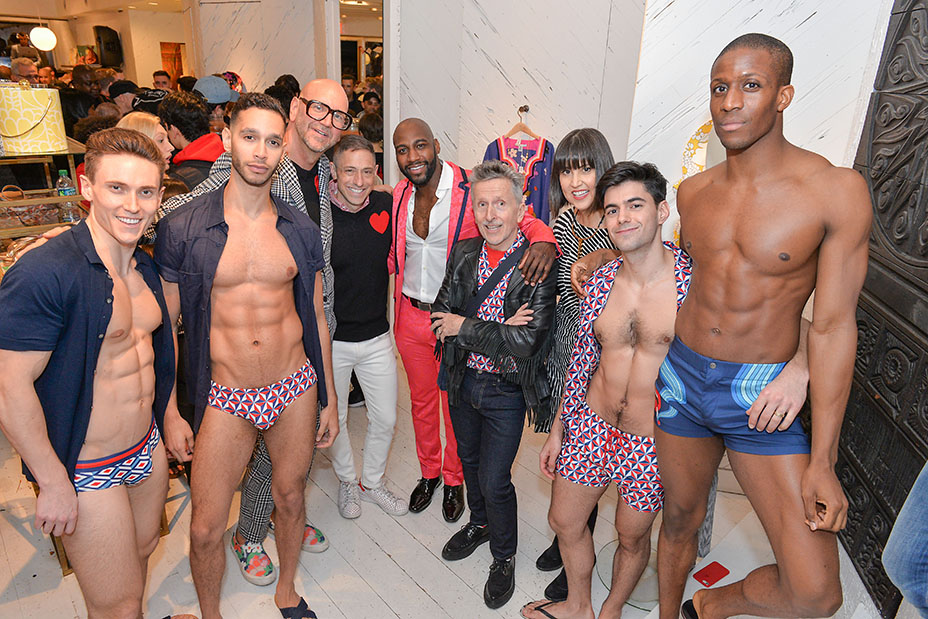 The two designers both have a fondness for 1970s-inspired prints. “And we were producing swimwear and I would bring them swimsuits if we were going somewhere and they would give a critique,” Skow explains. “Our prints tend to be a little more organic and yours are a little more geometric, but there are things that we’ve done that could have been yours.”

“You know what’s super-cute is that everything is red, white and blue. Patriotique!” says Adler. “1976 was just like my favorite year. The Bicentennial.”

“Yeah,” Skow agrees. “The Bicentennial was a good year.”

With the White Party coming up in Palm Springs at the end of the month and New Yorkers eagerly signing up for summer shares on Fire Island, the timing couldn’t be better for the just-released collection of swimsuits and cabana shirts (available at Mr. Turk boutiques and some Jonathan Adler retail stores, on both MrTurk.com and JonathanAdler.com and at select department stores). The two brief styles have already been the best sellers along with the matching shirts, they note. 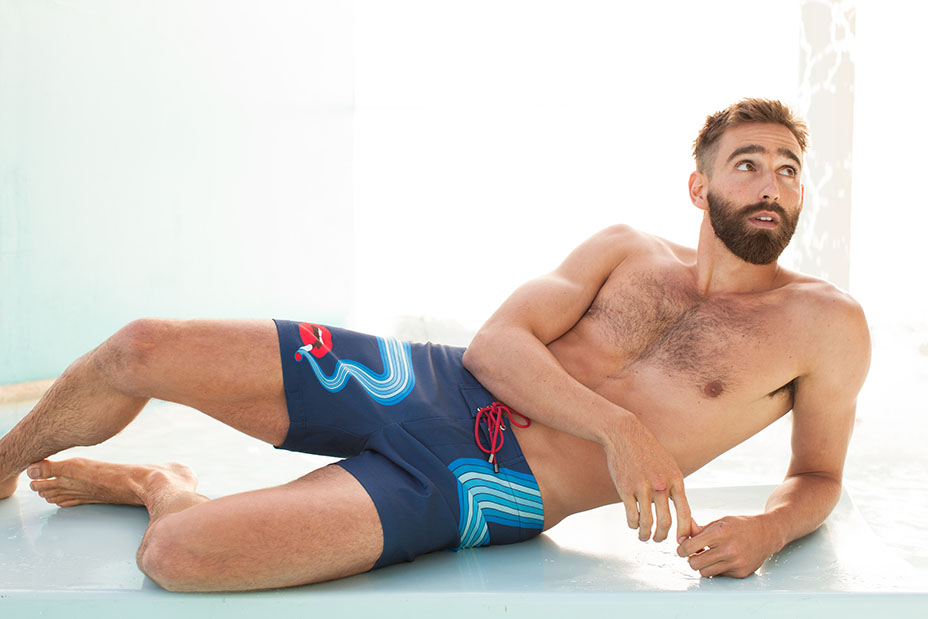 “Our customer likes to have sex, what can I say?” Skow says, momentarily distracted.

“No, a set,” cries the misheard Adler. “They love a set, a little matching outfit. Our customer likes something new and statement-y. They don’t just want to be one of the people at the pool. They want to be the person everyone is talking to.”

He adds, “When Mr. Turk came into my office, and I have no shortage of gays in my office, it was literally like a rock star had arrived and basically they were all angling to become his subjects. Every guy in my office lives in Mr. T.”

“It’s a shared sensibility,” says Skow, slyly. “With a touch of competition.”