The Kidding actress and chef Dan Churchill were on hand at Burbank’s Hilton Garden Inn to reveal its new menu, voted on by more than 250,000 people around the country. The hospitality company wants to be “on trend” with its winning selections: sticky finger ribs (they mean it, thanks to the whiskey-soy barbecue sauce), the cherry blossom cocktail (featuring grapefruit juice and tequila) and Mason jar cookie fudge cake (with mousse and caramel sauce). The new dishes will be launched in the fall.

Greer, a self-described foodie, tells The Hollywood Reporter she stays at Hiltons when traveling for filming, in part because of their cuisine (this summer: the Hilton Garden Inn in Miami, where she met her husband after shooting Driven in Puerto Rico with Jason Sudeikis). Her summer destinations also included Toronto and then South Carolina for Halloween filming.

“It was a double — I love the brand and the actual buildings and the actual hotel rooms and the people who work here, but I also really was enjoying the food that they served,” Greer tells THR of working with Hilton since 2016. “Sometimes the food at hotels is not special. So when I felt like I found a hotel that had really special food, I was excited about their whole menu, their cocktails and the fact that they were doing mixology.”

She adds, “I have a cherry blossom drink that’s waiting for me. I’ve really been into tequila lately. … Tequila actually wakes you up. I find that since I’ve been so busy, I’ve been traveling so much for work, that if I’m going out for a drink with friends, what I don’t need is to get even more tired.” 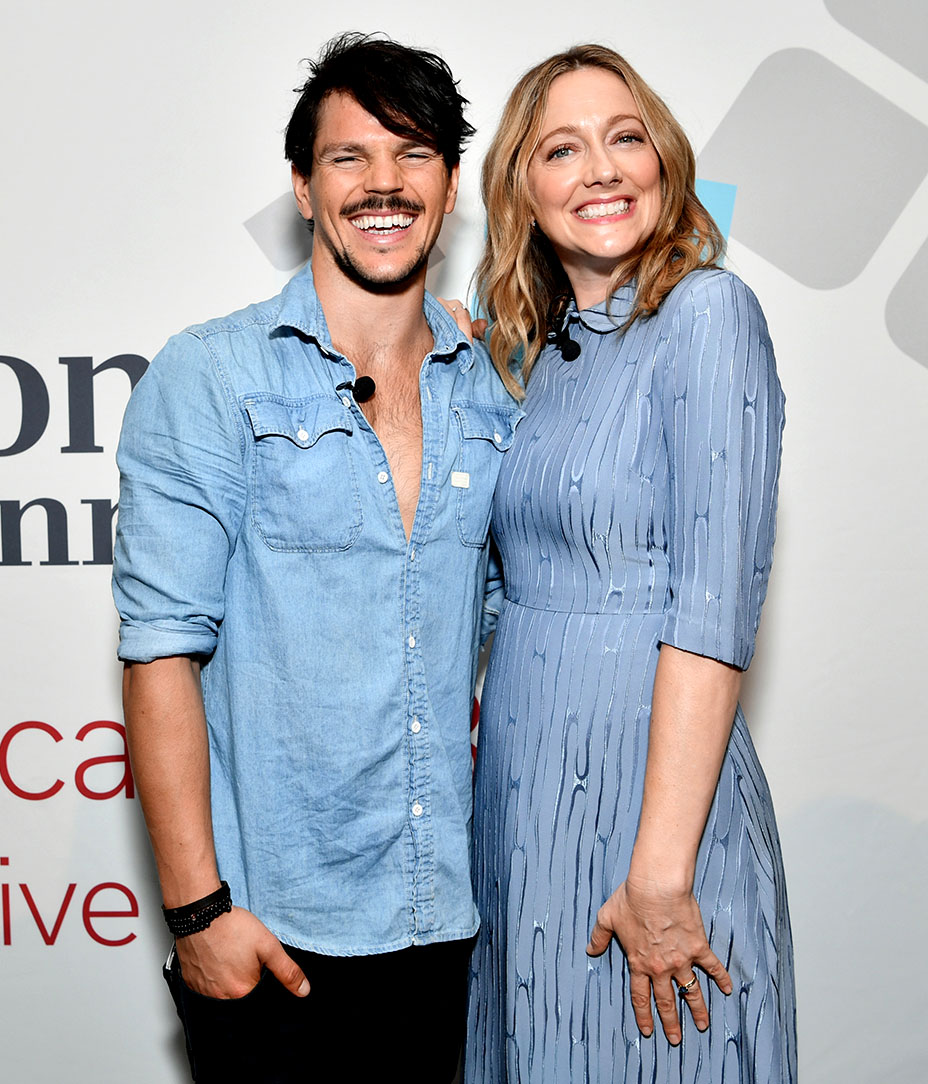 Hilton Garden Inn on Wednesday hosted guests in a communal dining space to try bites of its caprese, tomato bisque, Korean barbecue bao, sliders and salmon with quinoa. Churchill and Greer hosted the big reveal of the signature items in a comedic presentation and quick cooking demo of the dessert.

“We’ve really taken the industry and turned it on its head, because we’re now leading with food and beverage as one of the key benefits that we offer,” Hilton Garden Inn head John Greenleaf told the diners in Burbank. “We do it better than anyone else.” Greer added that she’s “in love with the Garden Inn. … It makes me feel way more at home when I travel.”

Luxe hotels have called upon star chefs to go a step further than remake the menu, but to open restaurants inside their abodes, from chef Daniel Humm at The NoMad Hotel to chef Daniel Rose at the 11 Howard hotel; chefs indulge in an effort to minimize the risks of opening a restaurant, with the added perk for guests of not needing to take off their slippers. 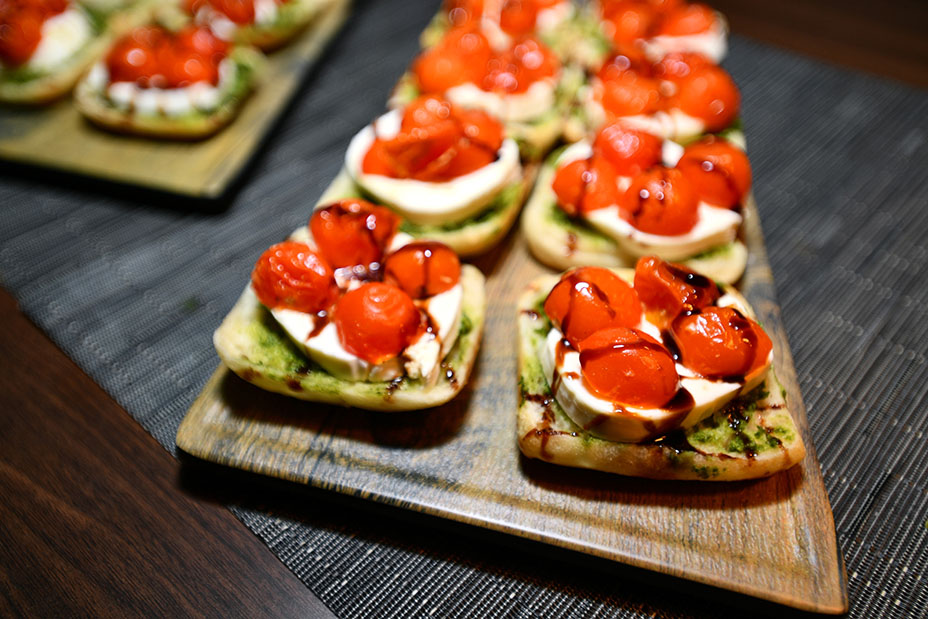 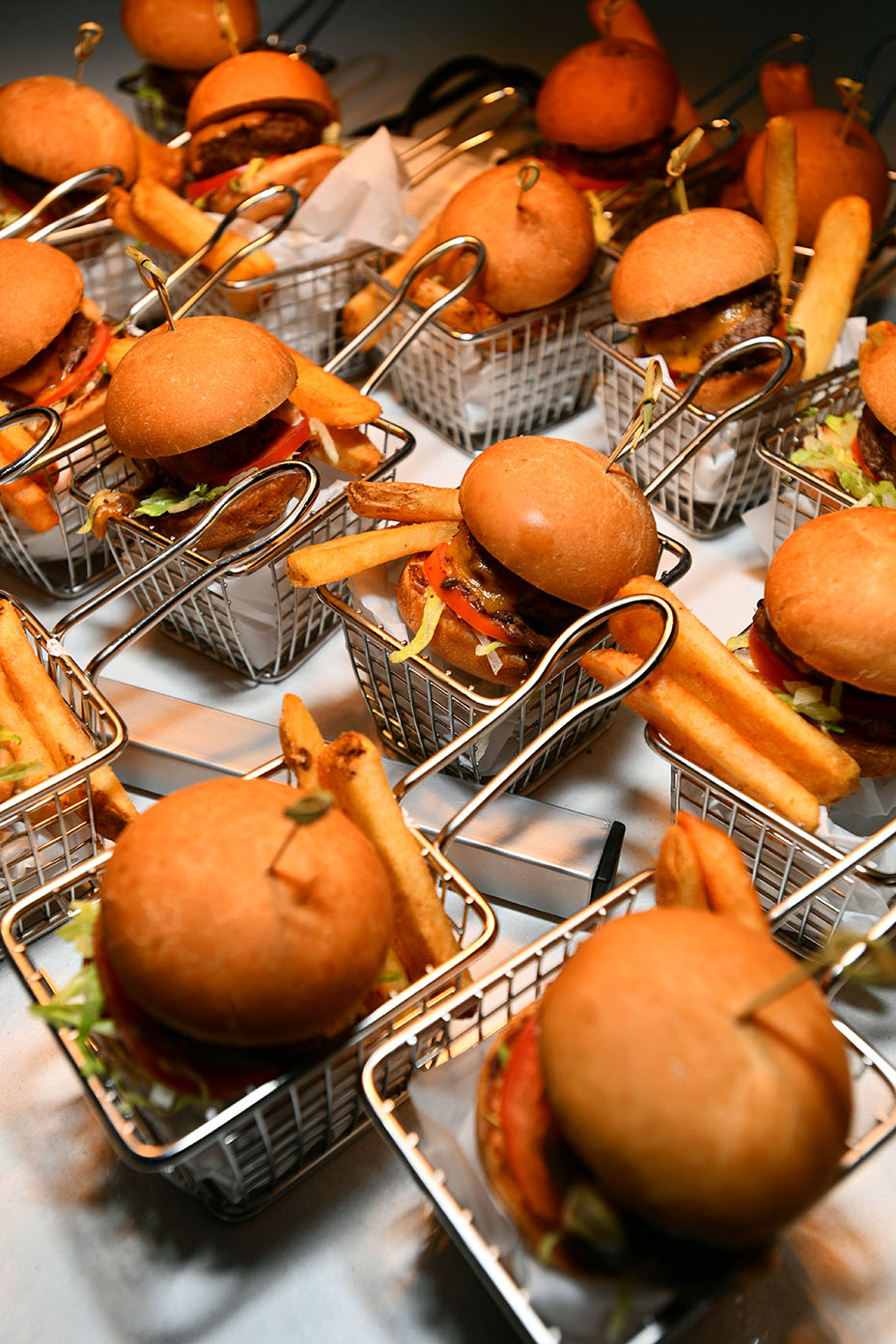