Julia Louis-Dreyfus has been back on the Veep set since early August, an experience she calls “sweeter than ever.” The Emmy winner (with nine trophies for the HBO series, as lead actress and producer) embarks on the seventh season with an enthusiasm that isn’t new, because playing Selina Meyer is a job she’s always loved, but her delight this time around unquestionably feels different. “It’s always been sweet, but particularly this season, because the endeavor to work on something with a group of people to make it funnier, better and truthful is a very joyful endeavor,” she said. “To get back to that after having walked through this last year really has been a great tonic for me.”

'You Hurt My Feelings' Review: Julia Louis-Dreyfus Reteams With Nicole Holofcener for Funny Look at Honesty in Relationships

The actress has been sharing her experience as a breast-cancer survivor on social media since announcing her diagnosis in September 2017. On Thursday night at La Mercerie in New York, the success of her treatment dovetailed nicely with another celebration: the debut of Saks Fifth Avenue’s 2018 Key to the Cure T-shirt. The retailer’s breast-cancer initiative is commemorating its 20th anniversary this year, and over two decades has raised $40 million for various breast-cancer charities. As this year’s Key to the Cure ambassador, Louis-Dreyfus appeared at the event with her husband, Brad Hall, as well as Saks Fifth Avenue president Marc Metrick; other guests included Lorna Luft, daughter of Judy Garland and Sid Luft and a fellow breast-cancer survivor. 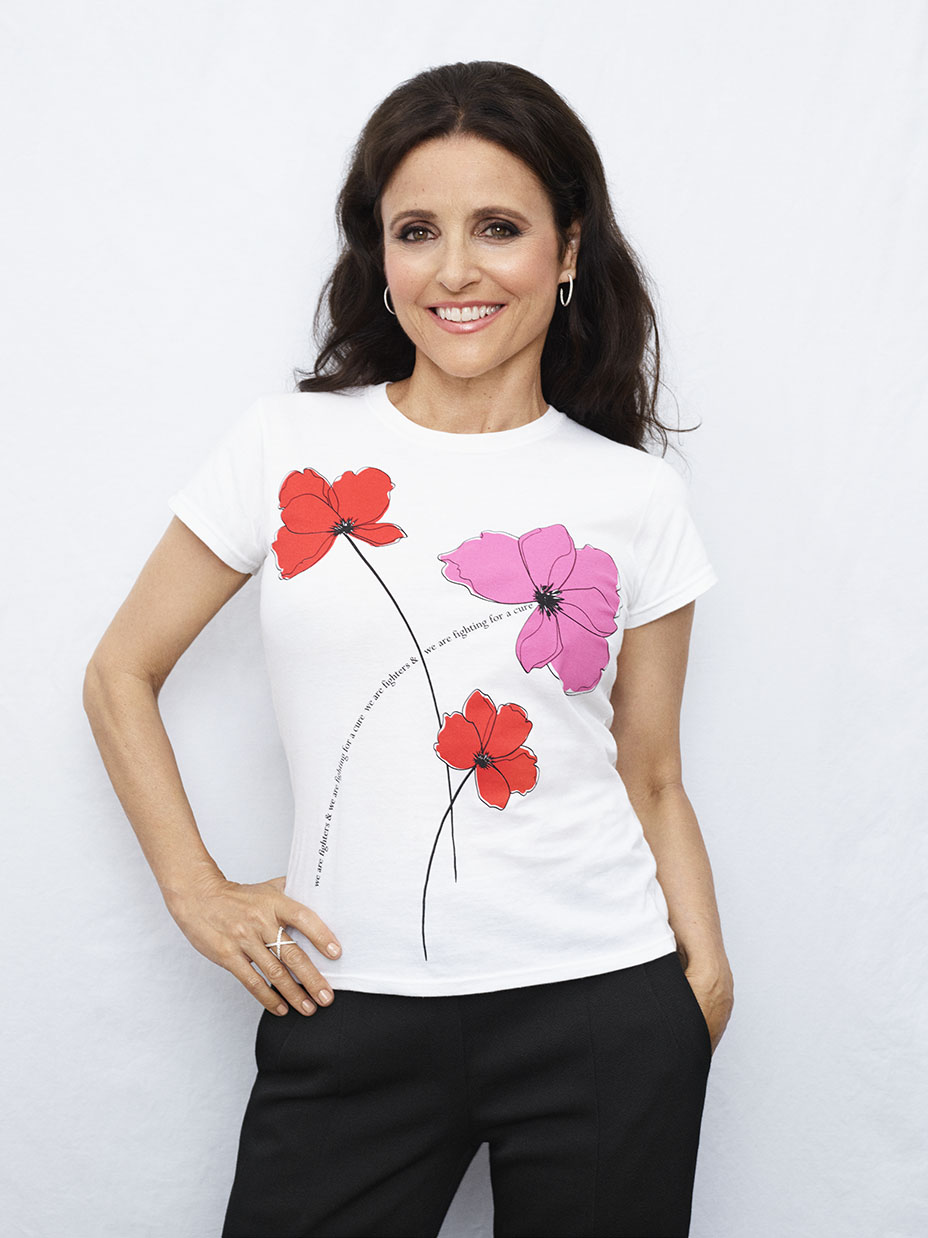 Following her diagnosis and her choice to talk openly about her experience on social media, Louis-Dreyfus partnered with breast-cancer charity Saks Fifth Avenue and Key to the Cure. “What appealed to me about this group and the work they do is that it has very far-reaching and a very deep impact, so that made sense to me,” she said. “Also, the notion that 100 percent of the sales of the T-shirt goes directly to the organization I was able to pick — how could I resist that?”

All proceeds from sales of the $35 T-shirt indeed will go to the breast-cancer charity of Louis-Dreyfus’s choosing, the Dallas-based AiRS (Alliance in Reconstructive Surgery) Foundation. The AiRS Foundation covers the costs of breast restorative surgery for patients whose insurance won’t cover the procedure or who simply can’t afford it. “What appealed to me about the AiRS Foundation is that they are fulfilling a need that wasn’t being fulfilled,” the actress said. “They swoop in and cover the entire cost, so it’s very specific and filling a need in this area that had to be met.”

Metrick noted that the choice of Louis-Dreyfus as this year’s ambassador extended beyond her high-profile diagnosis. “She’s a great ambassador not only because she’s authentic and so relevant, but also because she’s just so creative and diverse with her talent,” he said. “She helped design the T-shirt; typically we have designers who handle the design of the T-shirt, and then we have an ambassador. I think it was a lot more fun this way.”

This year’s Key to the Cure T-shirt is indeed a collaboration between Louis-Dreyfus and Carolina Herrera creative director Wes Gordon, featuring three poppies in pink and red, with the message, “We are fighters and we are fighting for a cure,” forming one of the flowers’ stems.

“Julia, of course, had a personal, emotional investment in this process,” said Gordon, who attended the party after a personal appearance earlier Thursday at Saks Fifth Avenue, where he signed the shirt for customers. “Her message to me from the beginning was that beauty can be tough, and something tough can be beautiful. So we liked this idea of these pretty flowers, but then with a tough, meaningful message embodied into it.” 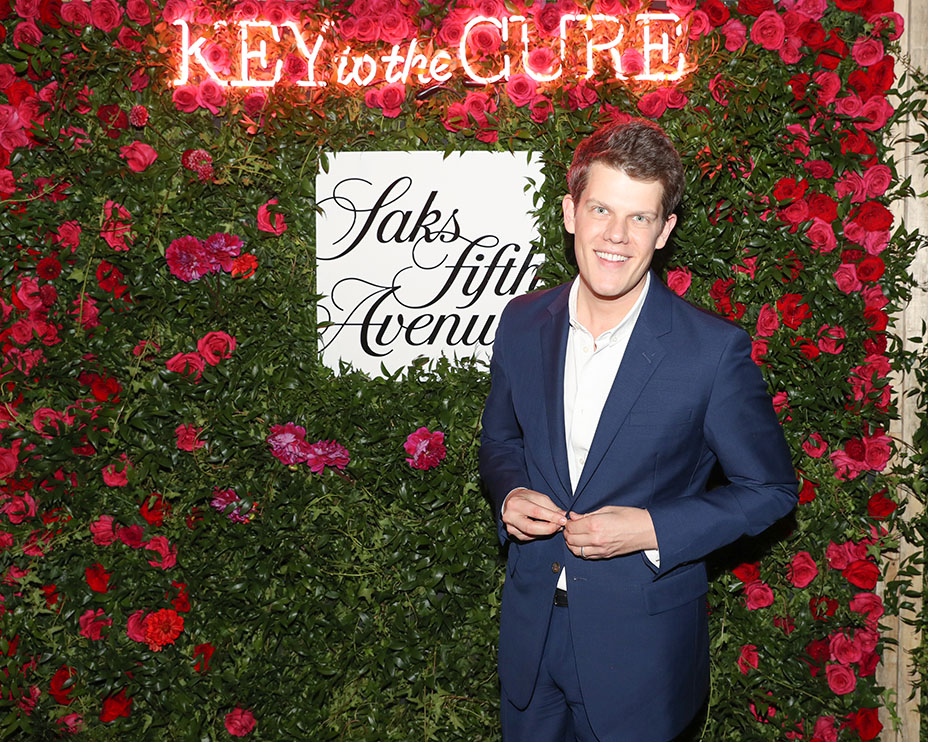 “I came up with the slogan, ‘We are fighters and we are fighting for a cure’ because I thought that just sounded correct. We’re not gonna take this sitting down, and we’re strong,” Louis-Dreyfus explained. “It was important to me that this T-shirt not be too sweet, not to be too cheerlead-y, but it should be strong and kind of fierce. I liked the active idea of that slogan, while the colors are also vibrant and very in-your-face. And I thought poppies would be nice, because they’re a California flower.”

Wearing a sleek black dress by Brandon Maxwell, Louis-Dreyfus said she also thought about the versatility of the T-shirt as a piece of fashion: “I think it looks really pretty with a fancy skirt or a pair of jeans.”

Louis-Dreyfus arrived at La Mercerie after taping Jimmy Kimmel Live! in Brooklyn, where the Los Angeles-based talk-show host is broadcasting from this week. Both on the show and at the Soho restaurant, the actress mentioned that her own experience has inspired thoughts about healthcare in America, an idea that has extended to the upcoming midterm elections on Nov. 6. “This midterm is very important if you’re interested in healthcare for those who can’t have it or don’t have it,” Louis-Dreyfus said.

She also has been vocal on Twitter and Instagram about the need for a strong voter turnout and has become involved with multiplyyourvote.org, which encourages activism through volunteering, from canvassing to texting, making phone calls or writing letters — “whatever kind of volunteering works for you; there’s a plethora of options, and it works really well,” Louis-Dreyfus said.

Ultimately, Louis-Dreyfus knows how fortunate she is as a successful actress whose healthcare insurance is provided via her membership in the Screen Actors Guild. But with the preservation of the Affordable Care Act becoming a key issue during the midterms, she also understands there are millions of women undergoing breast-cancer treatment in decidedly different circumstances, making initiatives such as multiplyyourvote.org vital if change is going to happen. “I’m horrified with where our country is right now politically,” Louis-Dreyfus said, “and I want to get my country back.” 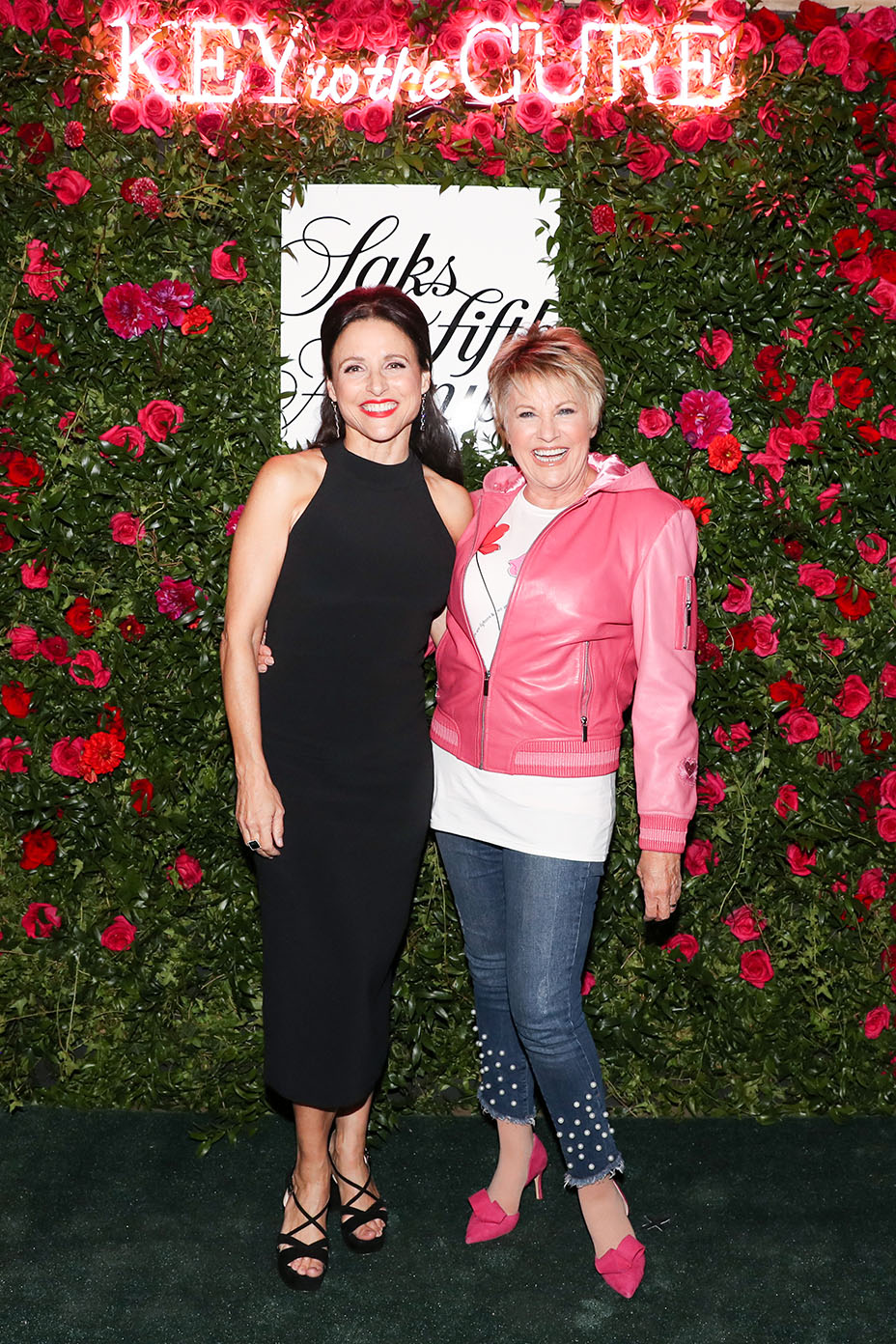 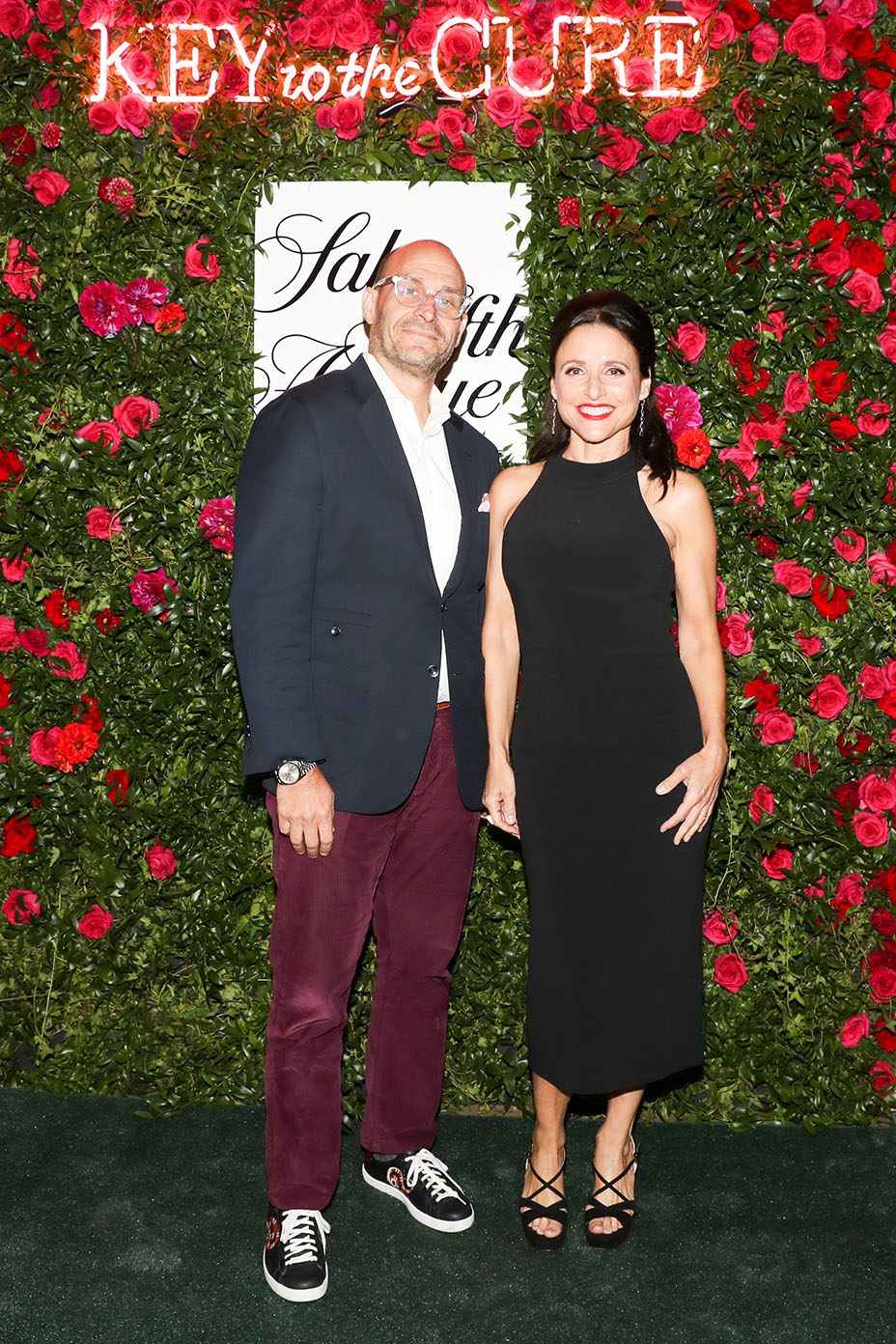