It was 100-plus degrees at the Pier 62 skate park on Thursday afternoon, but that didn’t keep LeBron James, Justin Bieber and his fiancée Hailey Baldwin from coming out to support their main man, L.A. designer John Elliott, at his spring 2019 runway show.

The City of Los Angeles got in on the action, too, as a sponsor of the outdoor fashion show on the waterfront  off Chelsea Piers, even supplying the branded ponchos placed at every seat. (Organizers planned for thunderstorms not searing sun, and how nice that would have been to relieve the crushing New York City September heatwave.)

New Laker James took the sweat bath in stride (he’s lived through worse on the court), while Bieber, already wearing his L.A. Lakers hat, natch, bopped along to the beat without a care in the world, holding hands with a beaming Baldwin. I want what he’s having. 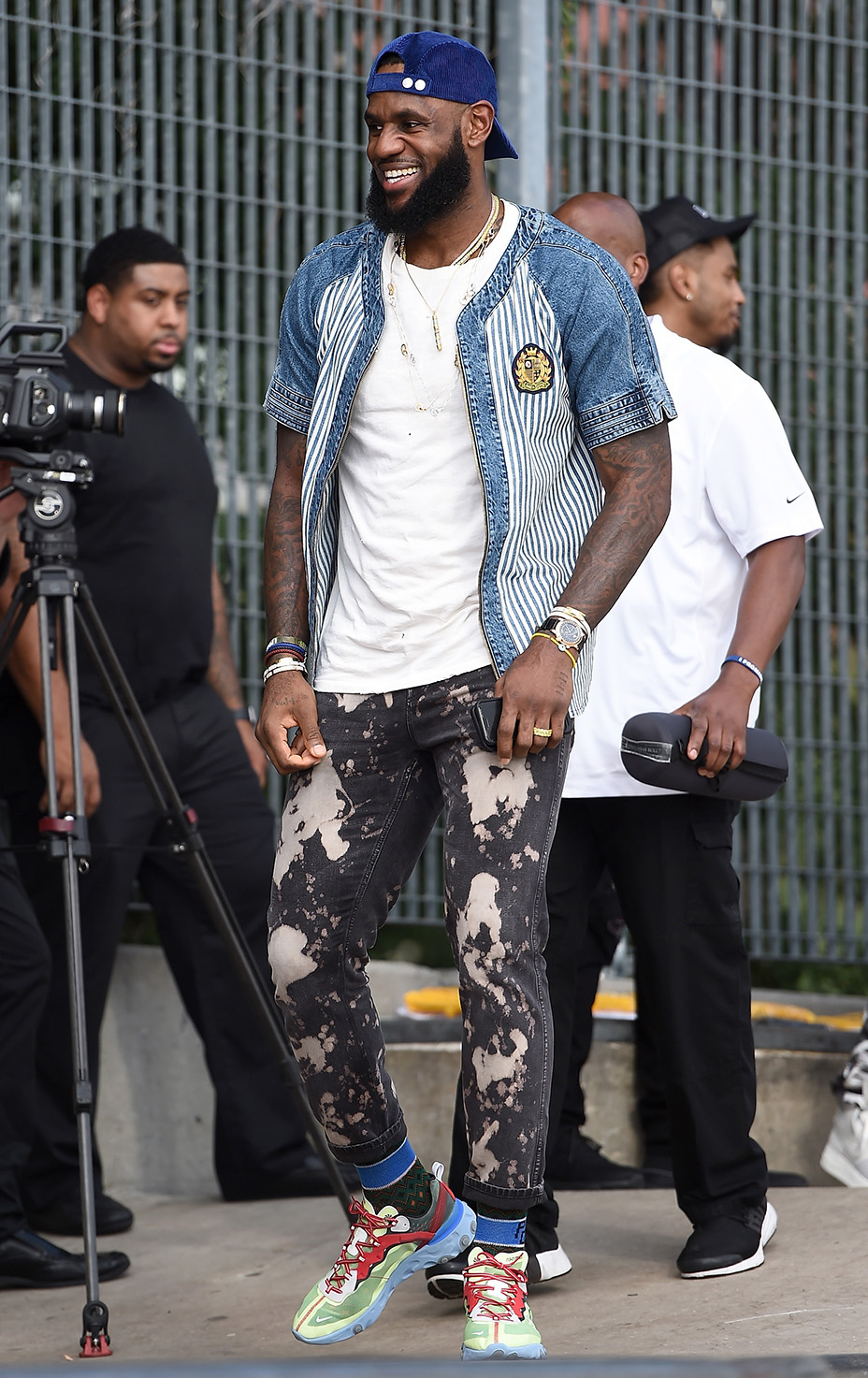 Elliott met James in 2014 through his under-the-radar stylist Brennan Robb. He and James bonded over their shared history of collecting sneakers, which segued into a love of fashion. Now, the L.A. designer supplies the player’s modular everyday wear, including the $1610 leather Rider’s jacket he wore for 21 straight games last season.

The two made their relationship formal in August, when they debuted the JE x Nike x LeBron capsule collection, including a unique sneaker with a see-through upper revealing a zig-zag sock that Elliott says was James’ design idea. The sneakers made an appearance on the runway.

It wasn’t complicated, but that was the point. It’s Los Angeles.

See looks from the show below. 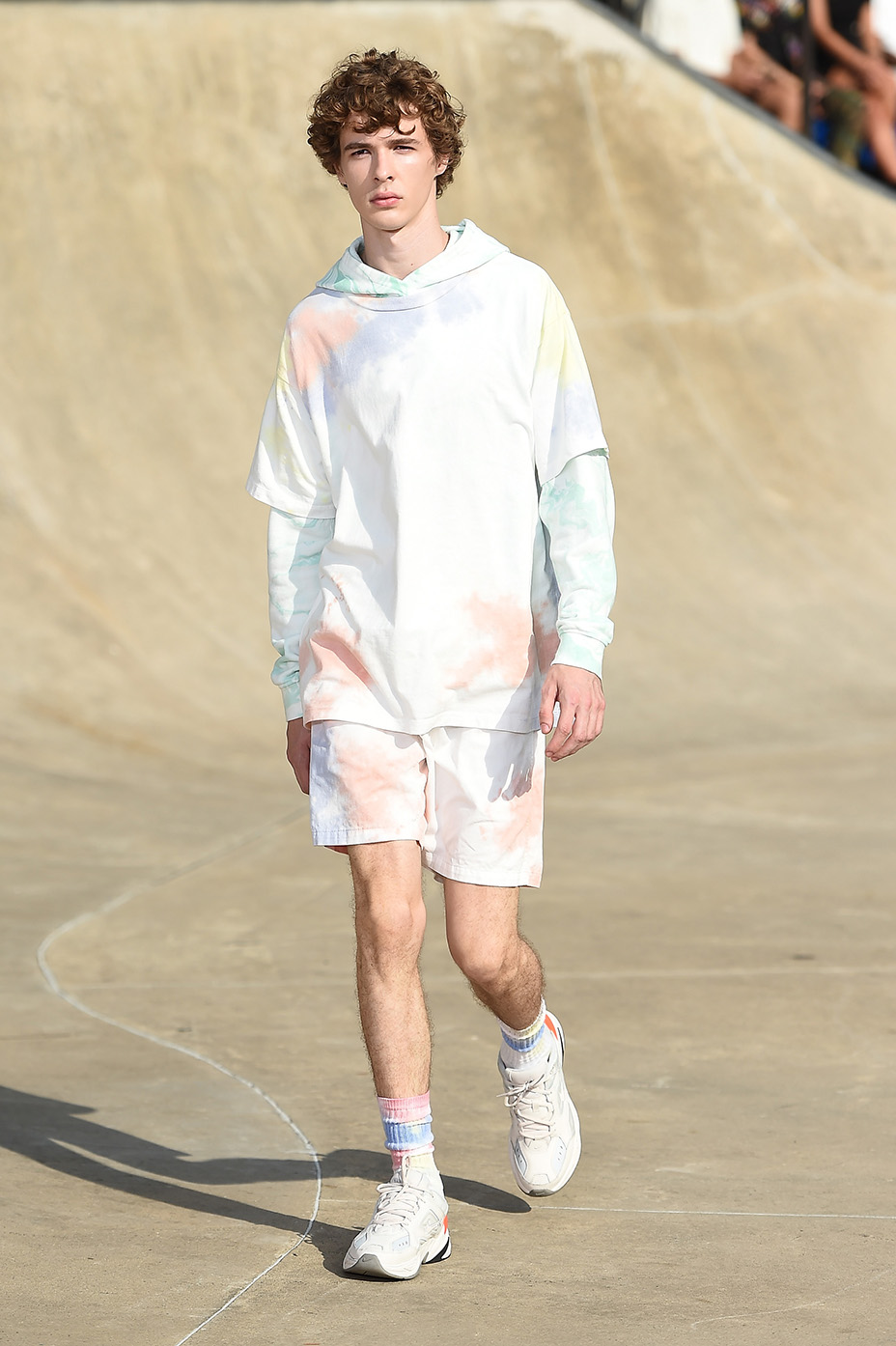 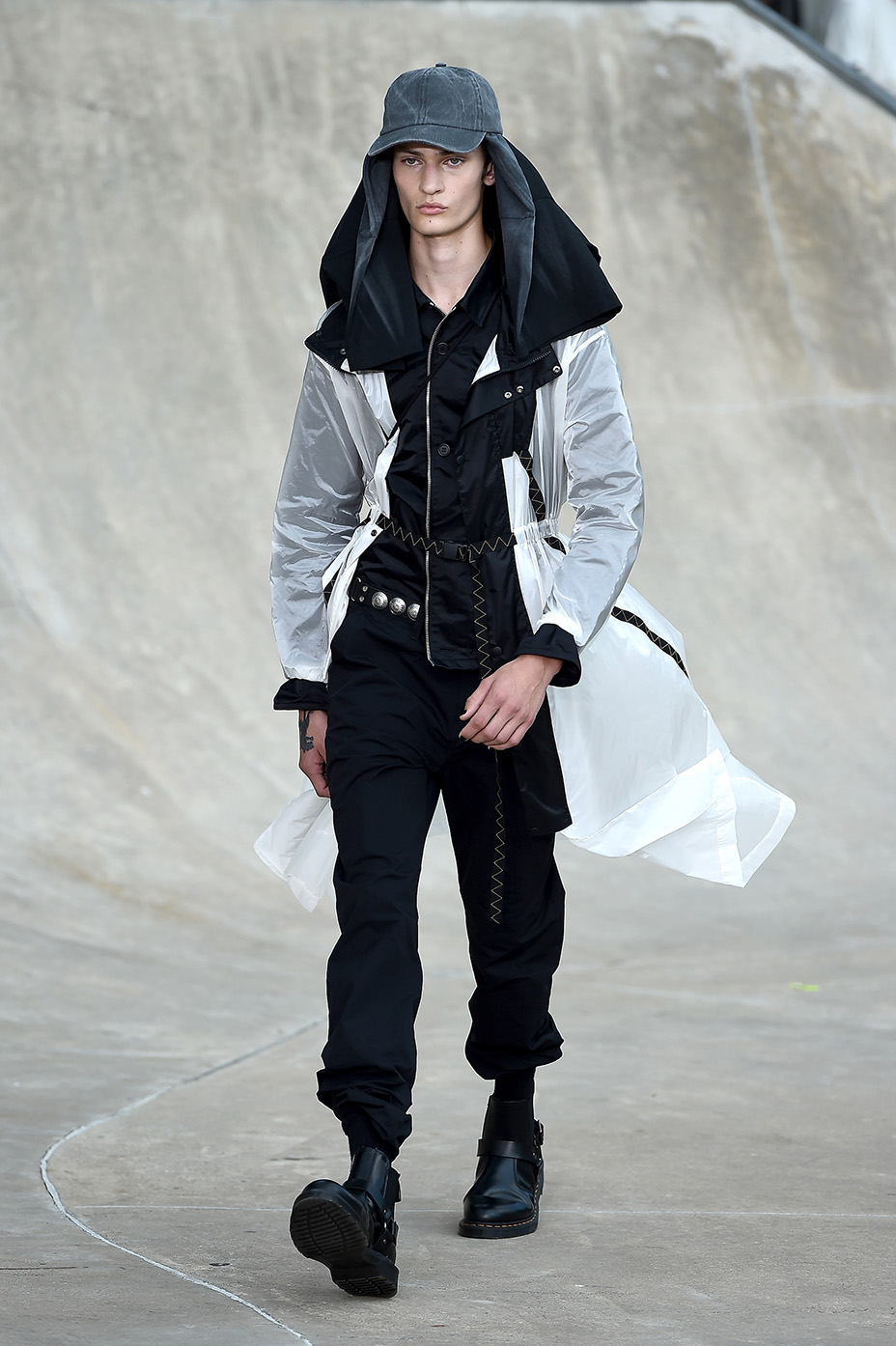 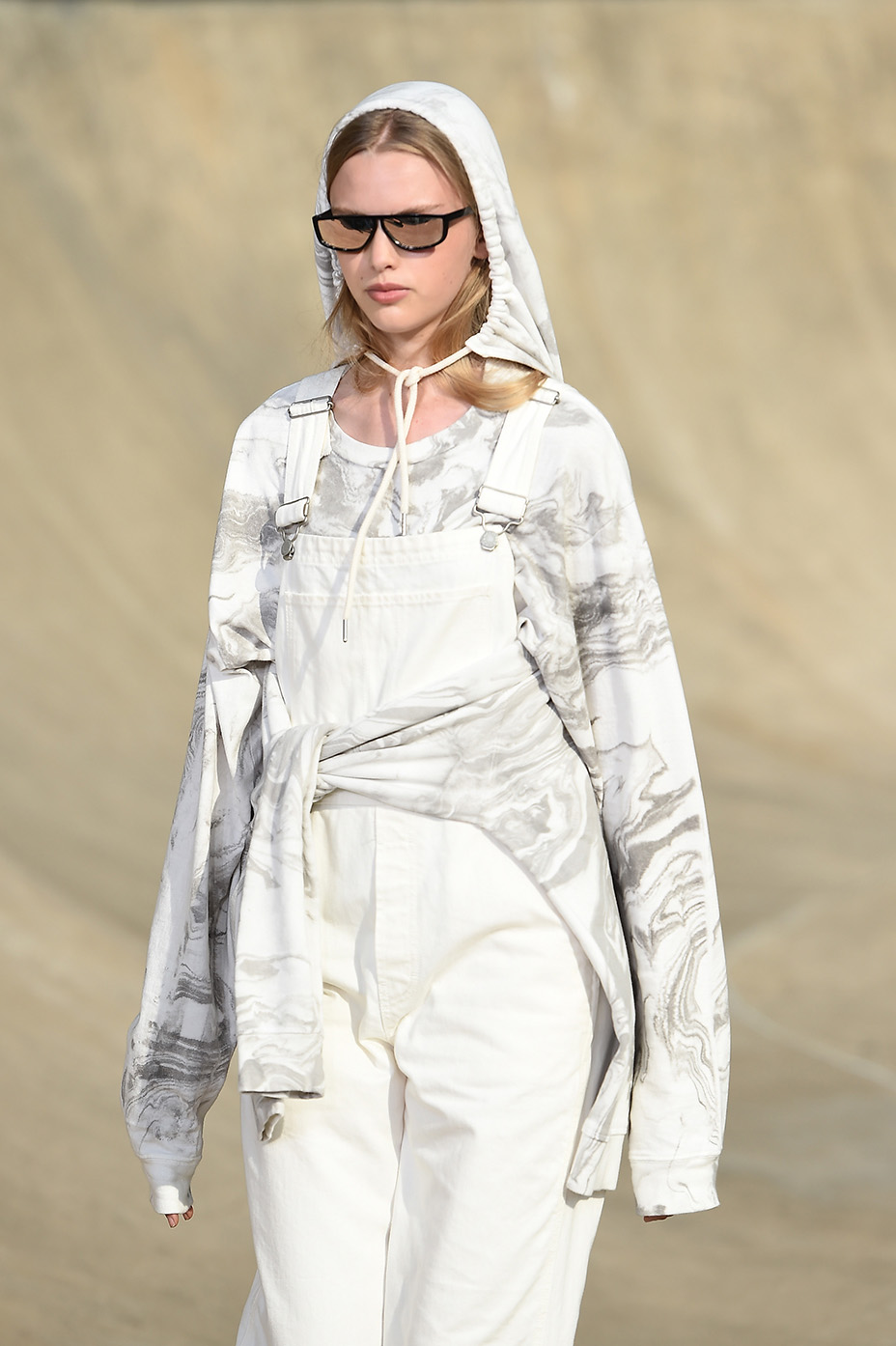 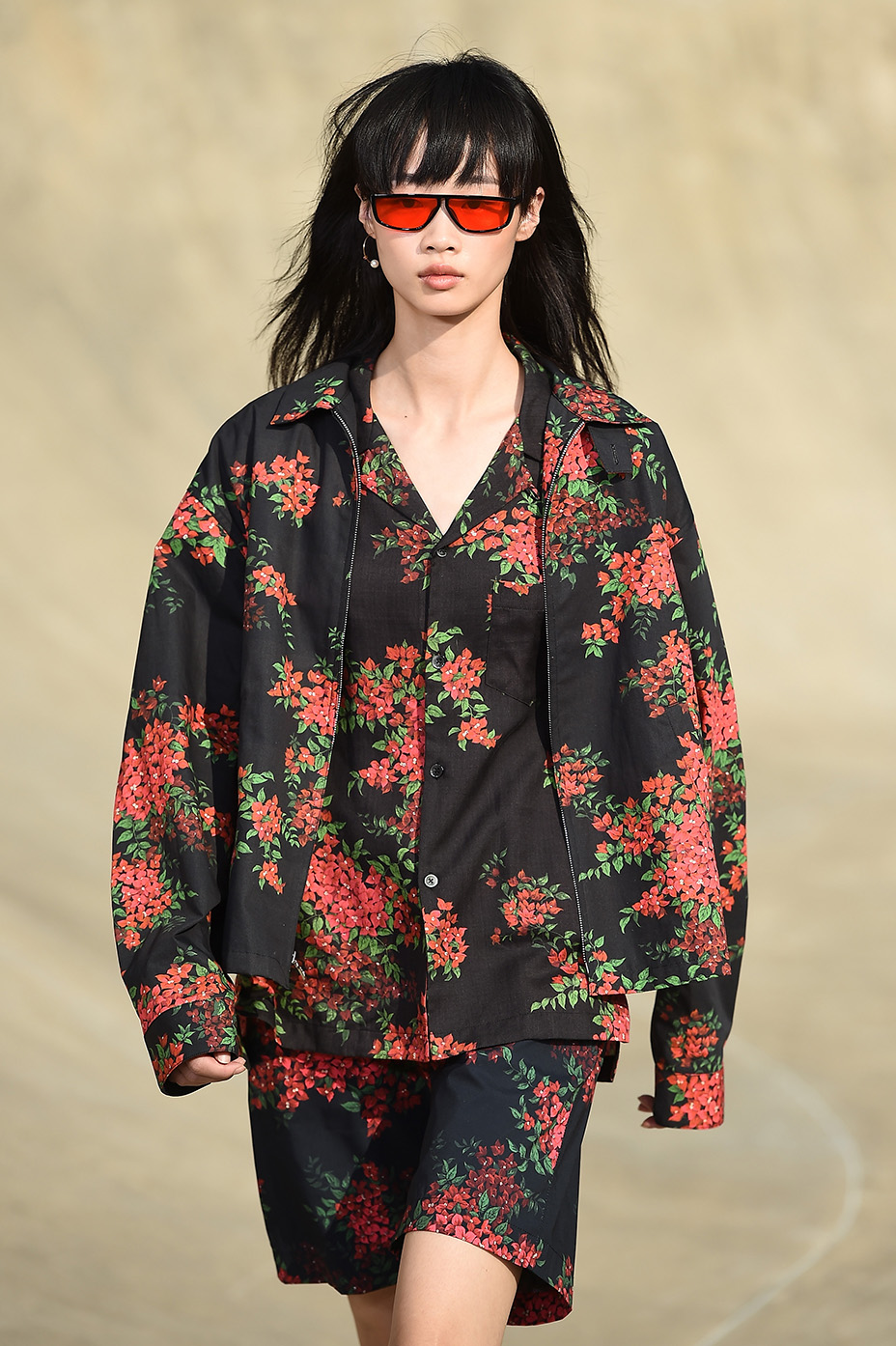 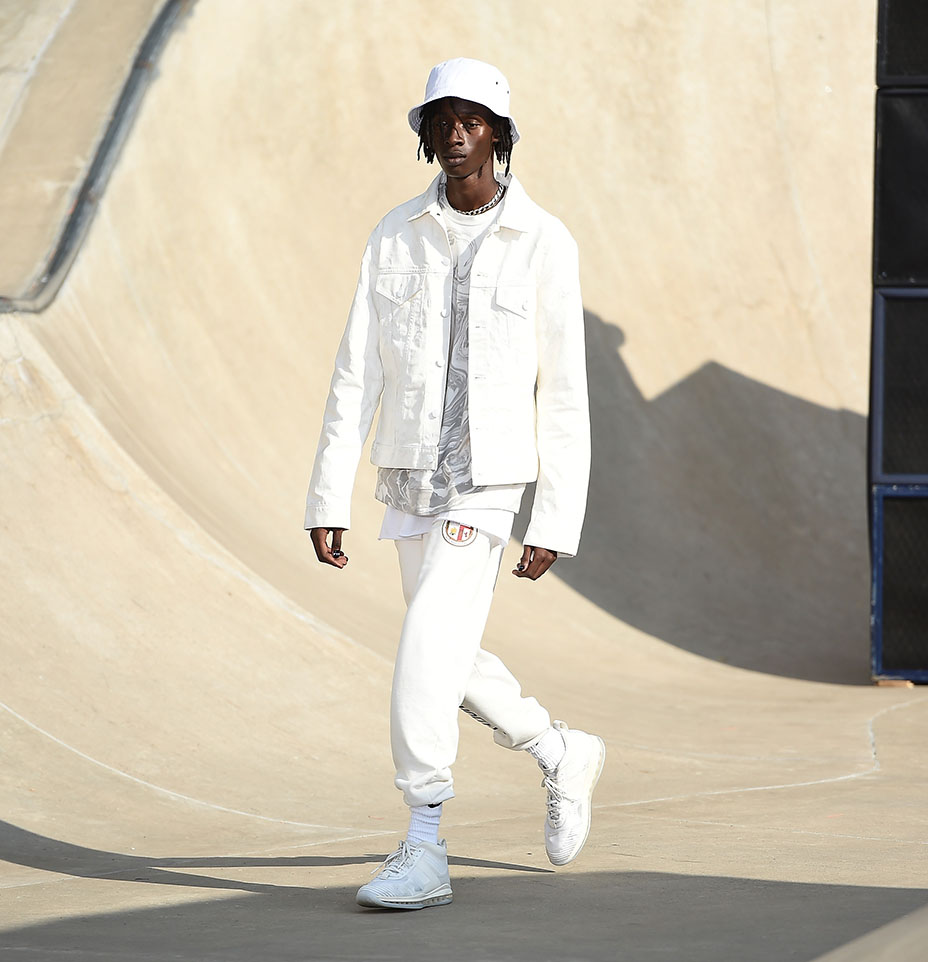