Designer Martyn Lawrence Bullard, who works with the Kardashians, Cher, Elton John and Tommy Hilfiger, is no stranger to creating dreamy hideaways (Colony Palms, Casa Laguna and Hotel Californian, to name just a few). But he’s outdone himself with the new Sands Hotel & Spa in Indian Wells, taking it from “nondescript ‘60s building” to desert hot spot with a distinct Moroccan flavor inspired by the one architectural standout of the original structure: gracefully curved archways.

He asked the owners to plant enormous palm trees to give the landscaping a lush vibe not unlike La Mamounia in Marrakech, whose gardens he referenced and hoped would disguise the architecture. “Then I used layers of wonderful desert pinks and stripes to add an element of fantasy.”

Indulge Your 'Yellowstone' Obsession at These Six Sprawling Ranch Escapes 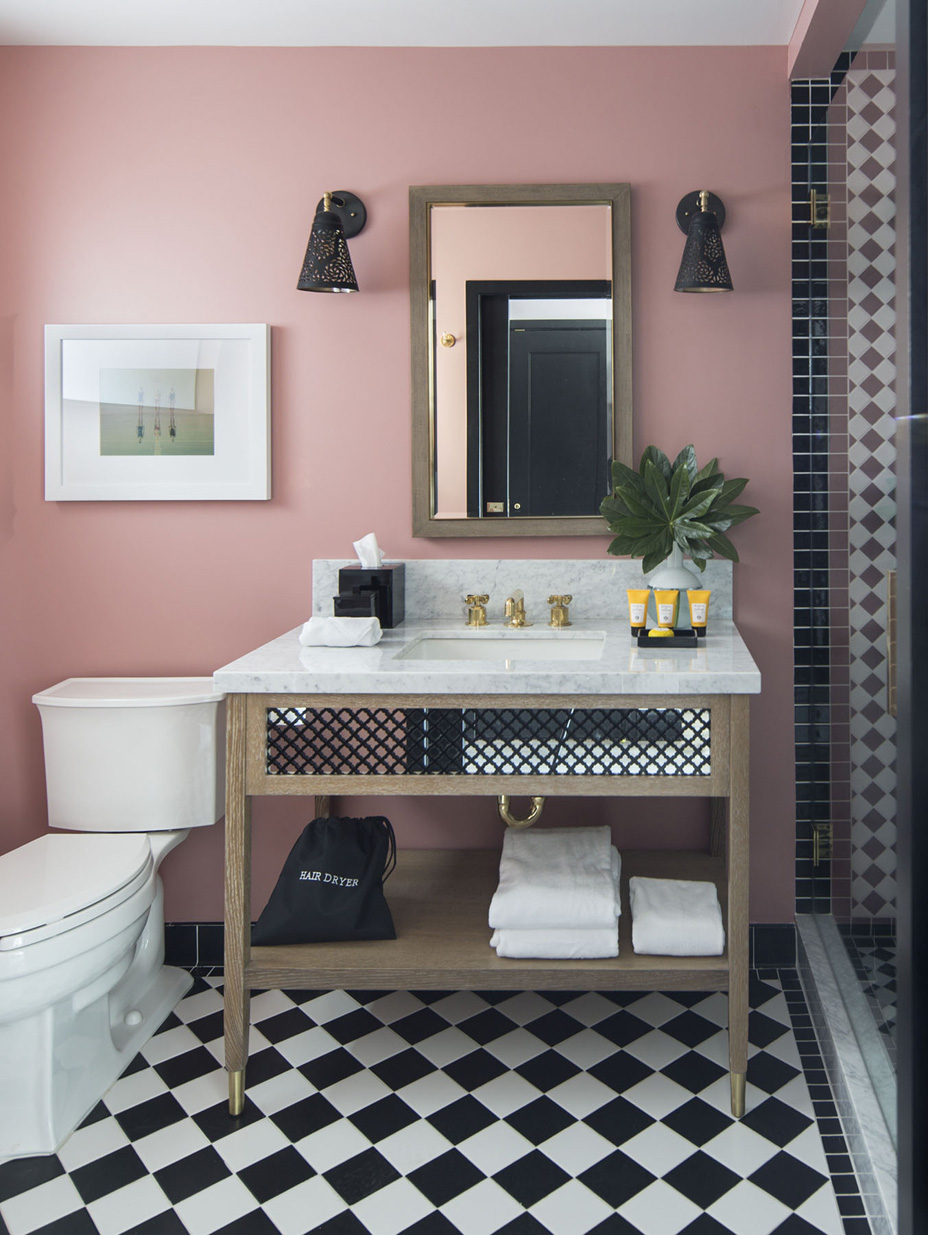 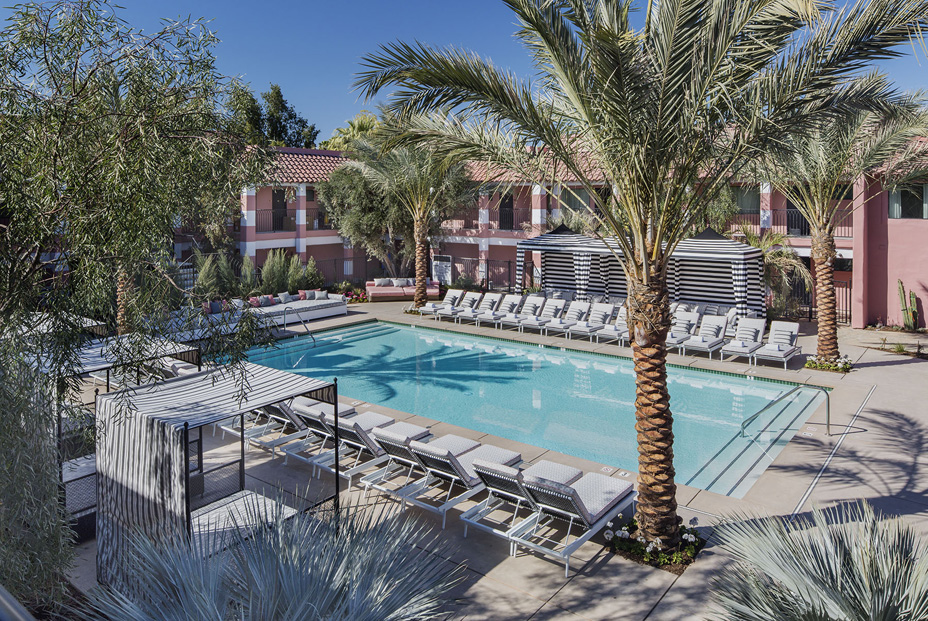 Fantasy and glamour were definitely two things missing from the last incarnation of Sands, a run-down apartment building that Bullard said lacked any of the old-school glamour of Southern California’s wealthy desert communities. So he looked to what Indian Wells is famous for — tennis and golf tournaments. He brought those influences into the built-from-scratch Pink Cabana restaurant, which is decorated with Rat Pack-era photography of people playing tennis, as well as old tennis trophies, vintage golf clubs, and golf course maps — “all this great stuff from the ‘30s, ‘40s, ‘50s and ‘60s when the area was having its major heyday.”

Bullard designed a palm leaf print that was used on wallpaper and upholstery to give what may be the first hip restaurant in Indian Wells a “loungey,  sexy environment.” It is also home to incredible food by chef Jason Niederkorn. Other important spaces are the lobby, where mixed tiles make a strong impact, and the pool, full of cabanas, daybeds and “layers of luxurious pillows.”

The same light richness is prevalent in the 46 guest rooms, which vary in size and include a bi-level presidential suite. The feeling is a perfect blend of Morocco and mid-century, with black, white and glass detailing plus jewel tones. In true Bullard style, every piece was designed specifically for the hotel and custom made. 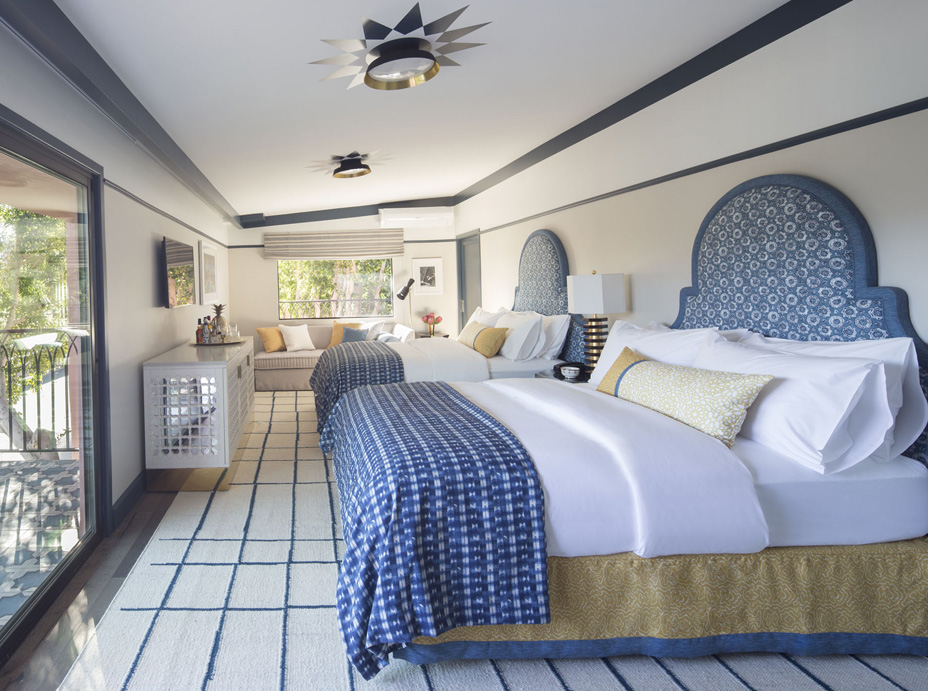 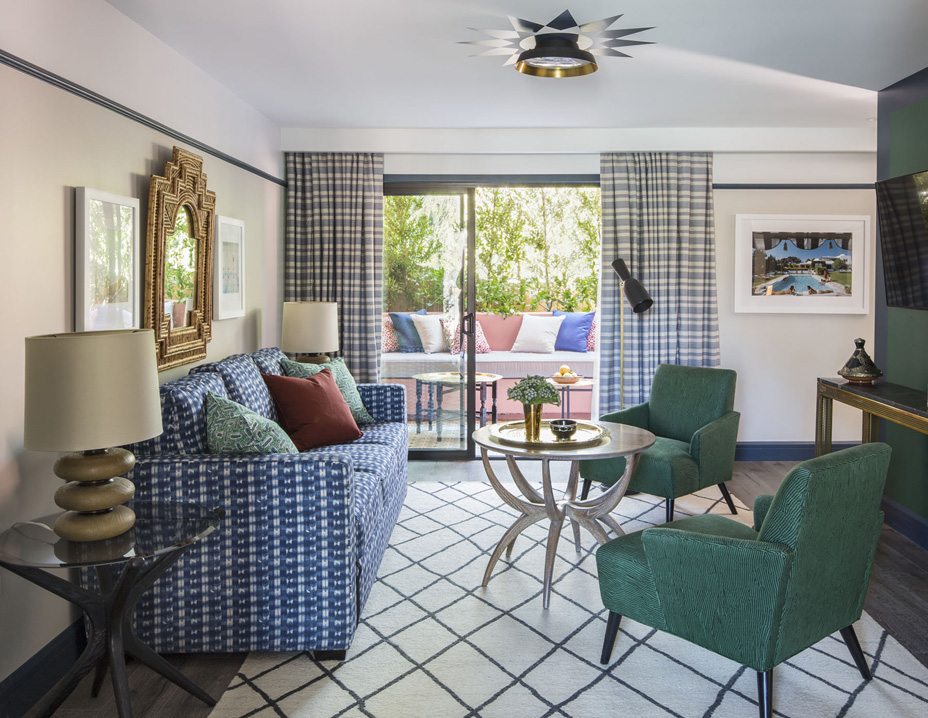 Key to making the rooms somewhere for guests to really relax and hang out was building a beautiful mini bar. Bullard devised cocktail cabinets with Moroccan mashrabiya screen doors. “I love checking into a hotel where it’s got a really beautiful looking bar, whether you drink alcohol or not. It’s a welcoming moment.”

The Moroccan-inspired spa has a skylight above a large bed where guests can lounge and drink mint tea after their services. “It directs pure daylight into the space, so it’s a great place to come and read a book, drink a tea and just chill out.” 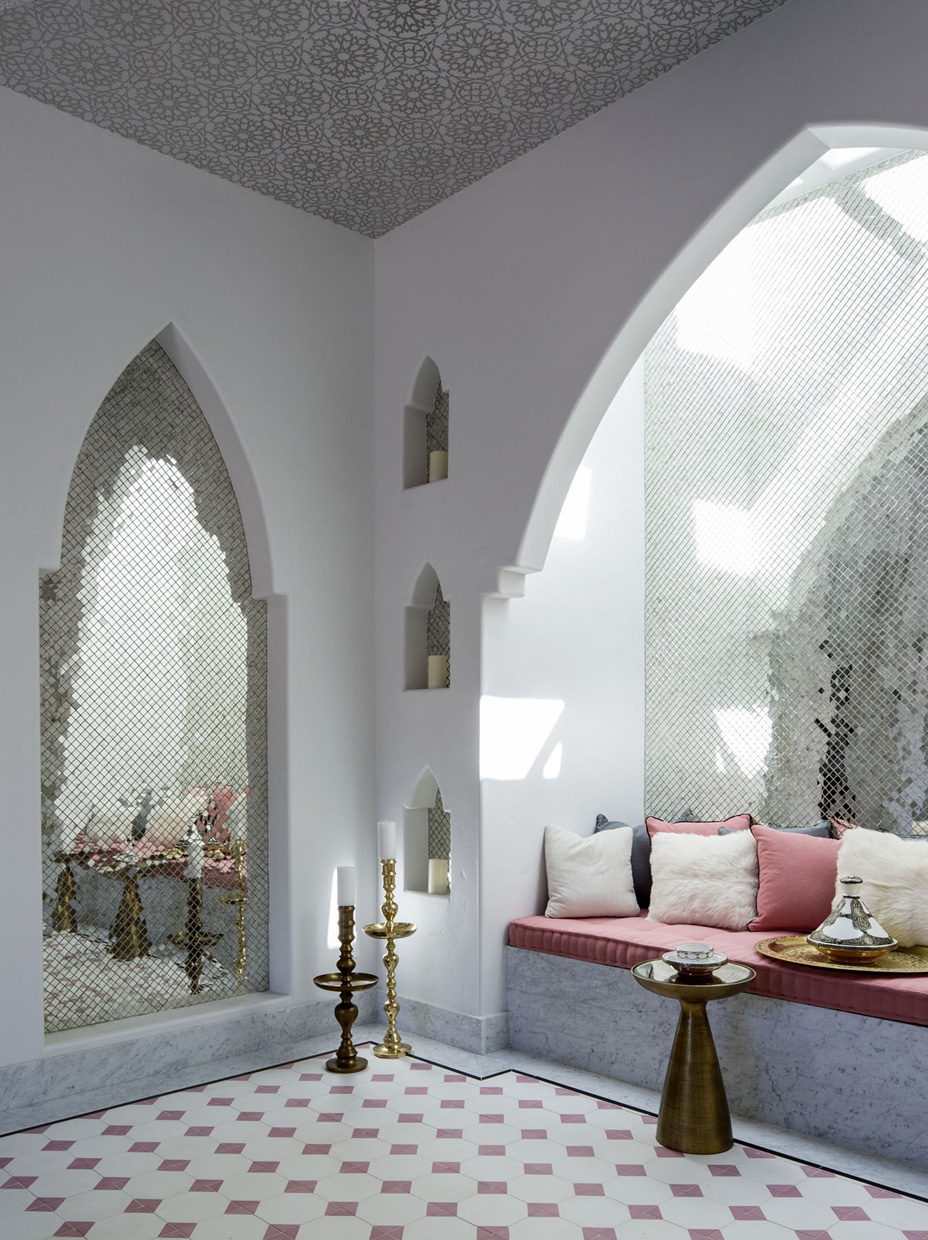 Ultimately, it’s all about getting away, he says. “The second you get to the San Jacinto Mountains, something blocks that energy of L.A. and you breathe a sigh of relaxation, and I want that feeling to really exist within the hotel.”