“I am a hoarder of nice things,” says Karen Elson. Fresh on the heels of her West Coast tour dates with indie rocker Ryan Adams, the model-turned-musician is making a mental count of the luggage she’s packed for the tour: “I’ve got so many bags with me,” she says, ticking off two guitars and music equipment, a bag of cameras (“I love taking photos”), three bags of “god-knows-what” (“My kids are with me,”), and two suitcases filled with clothes for the tour, which includes dates in Canada and Europe later this summer. “I’ll ship things home along the way,” says Elson, explaining that she also shops online while on tour. She pulls up a recent online order from the East Village’s Cloak & Dagger, including summery frocks and a sailor top.

Serena Williams to Model for Next Pirelli Calendar 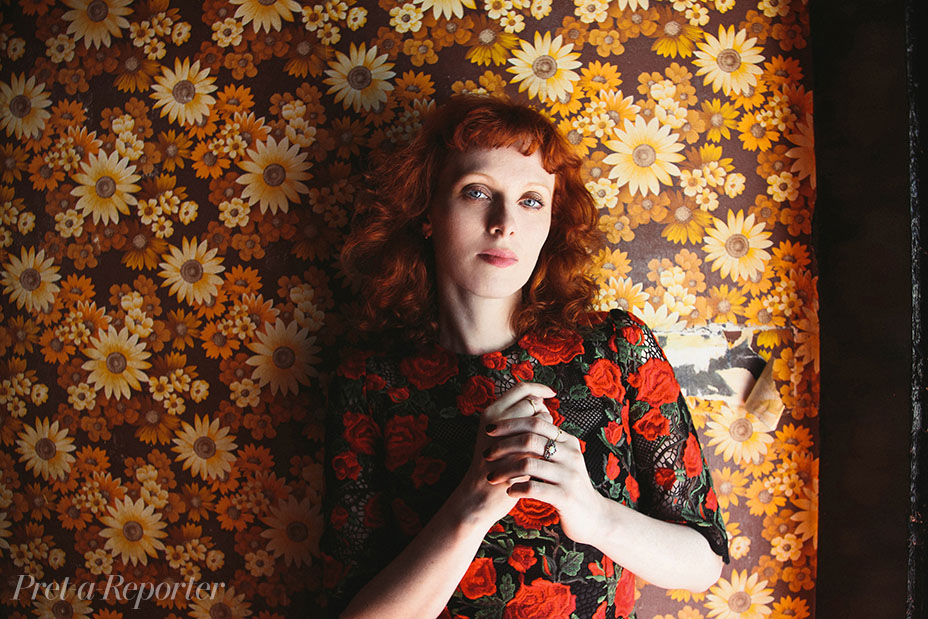 On the packing front, it helps that Elson’s stage style and day-to-day look are very similar — part of a concerted effort the Nashville-based artist has made since hitting the road with her second album, Double Roses. “With my last record [The Ghost Who Walks] I definitely set out to have more of a persona but with this record, I just want to be me, I want to be comfortable,” says Elson, a decision she also chalks to age and experience. (“I became less concerned about what people thought. I am 38, and I just think the mystery is there anyway.”) 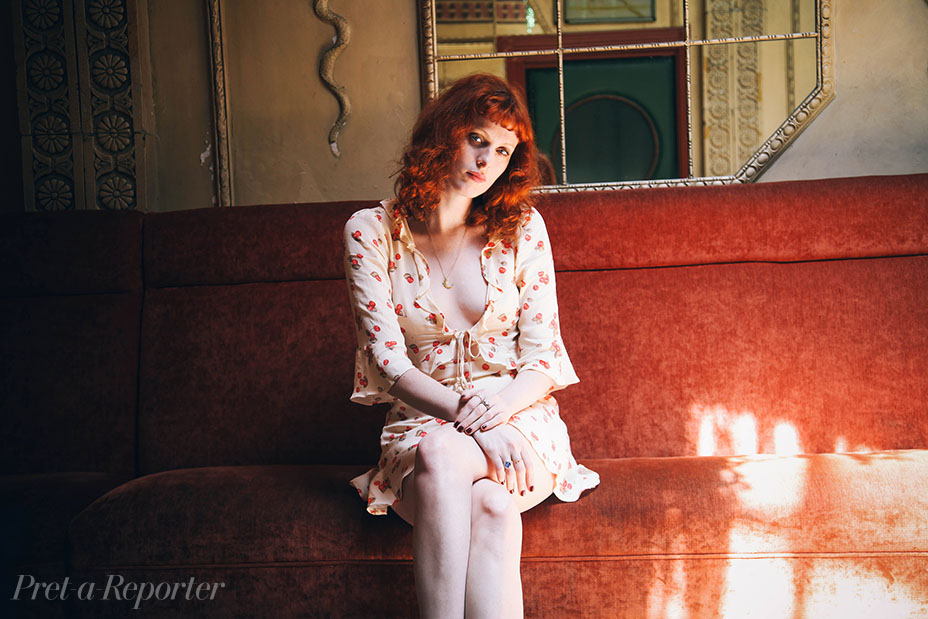 “People don’t often know how to take me. They see my image as a model, which is quite bombastic and you know, I am quite a fiery, very strong woman,” says the British-born Elson, who has walked the catwalk and appeared in campaigns for the likes of Gucci, Dior, Alexander McQueen, Marc Jacobs, YSL and Chanel since entering the modeling scene more than 20 years ago. It’s image that’s sometimes at odds with her more introverted, melancholy music. “Being in fashion, there’s so much of my image that isn’t necessarily me — which is enjoyable as well — but music is such a genuine part of me, I don’t want to take away from that. I don’t want to put a false image of myself up there.”

During downtime in Los Angeles (“I love L.A.,” she says, “I’m thinking about maybe buying a little house here”) the flame-haired beauty opens up on everything from her best-kept vintage secrets to flea-market hunting with Anna Sui. 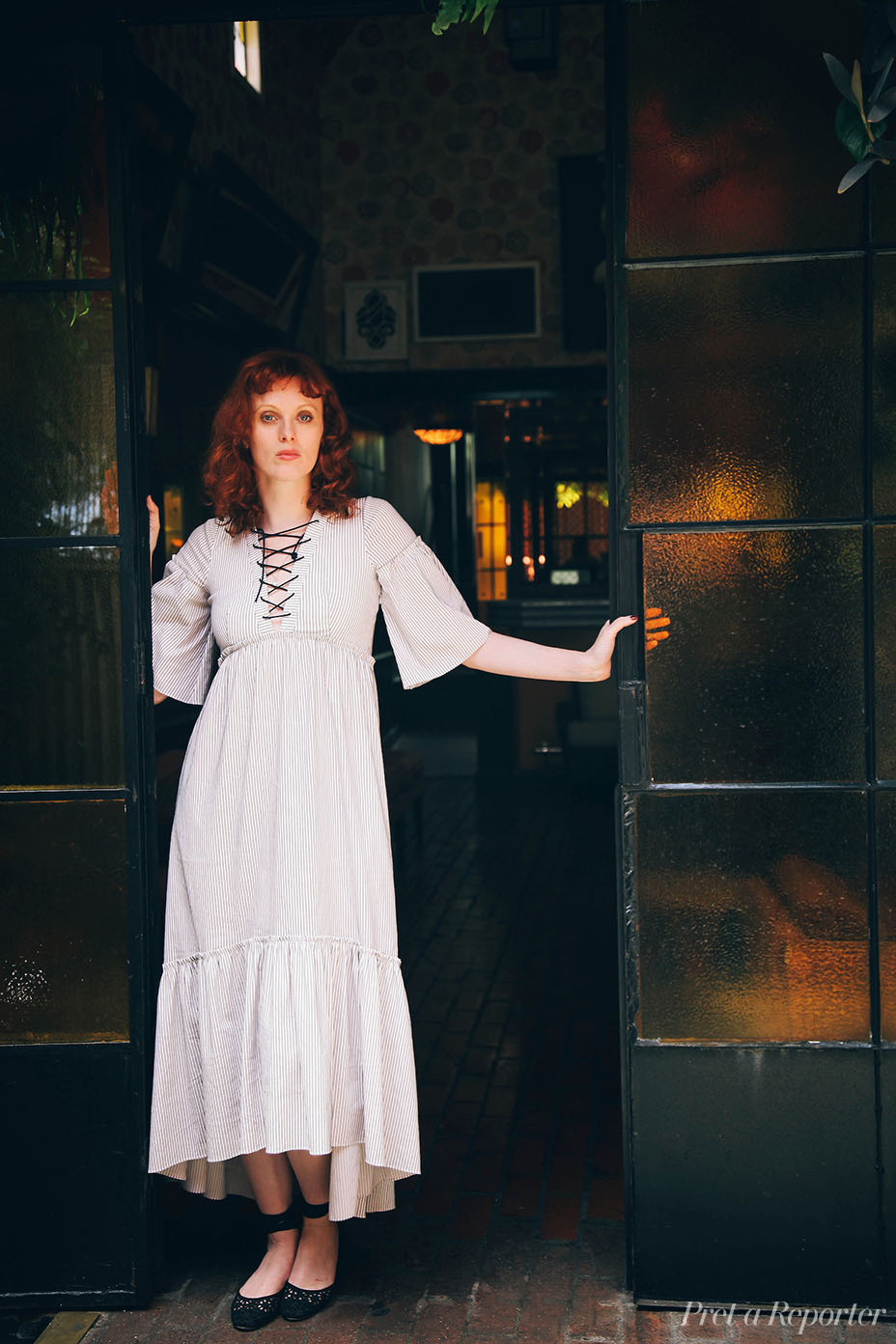 How do you describe your personal style?

I am a very feminine woman. I wear dresses pretty much five days out of the seven. I have always had an affinity for vintage clothing; I’ve collected it for years. I wear my jeans and little ripped T-shirts from time to time. I’ve got a collection of T-shirts I’ve picked up along the way. As I’ve got older, my style has got a lot more relaxed. Having kids as well makes it necessary.

How has your career in modeling influenced your personal style over the years?

A lot, actually! It’s been a pleasure to be around these brilliant designers, and it’s given me an education, from Marc Jacobs to Alexander McQueen when he was alive, to Anna Sui, to Valentino, those guys have really influenced my style because they bring the fantasy. When I was younger, Anna Sui and I would go to the Chelsea Flea Market when it was open and we would go vintage shopping. She would teach me about textiles and designers from the ’60s and ’70s that she’d think I would be into. Fashion has very much influenced my style. It made me more daring but also made me understand what feels good on me as well.

What trend would you never be caught dead in?

I’m not a crop top and sportswear kind of gal. I’ll go to the gym, I’ll go for a run but sport leisurewear is not for me. 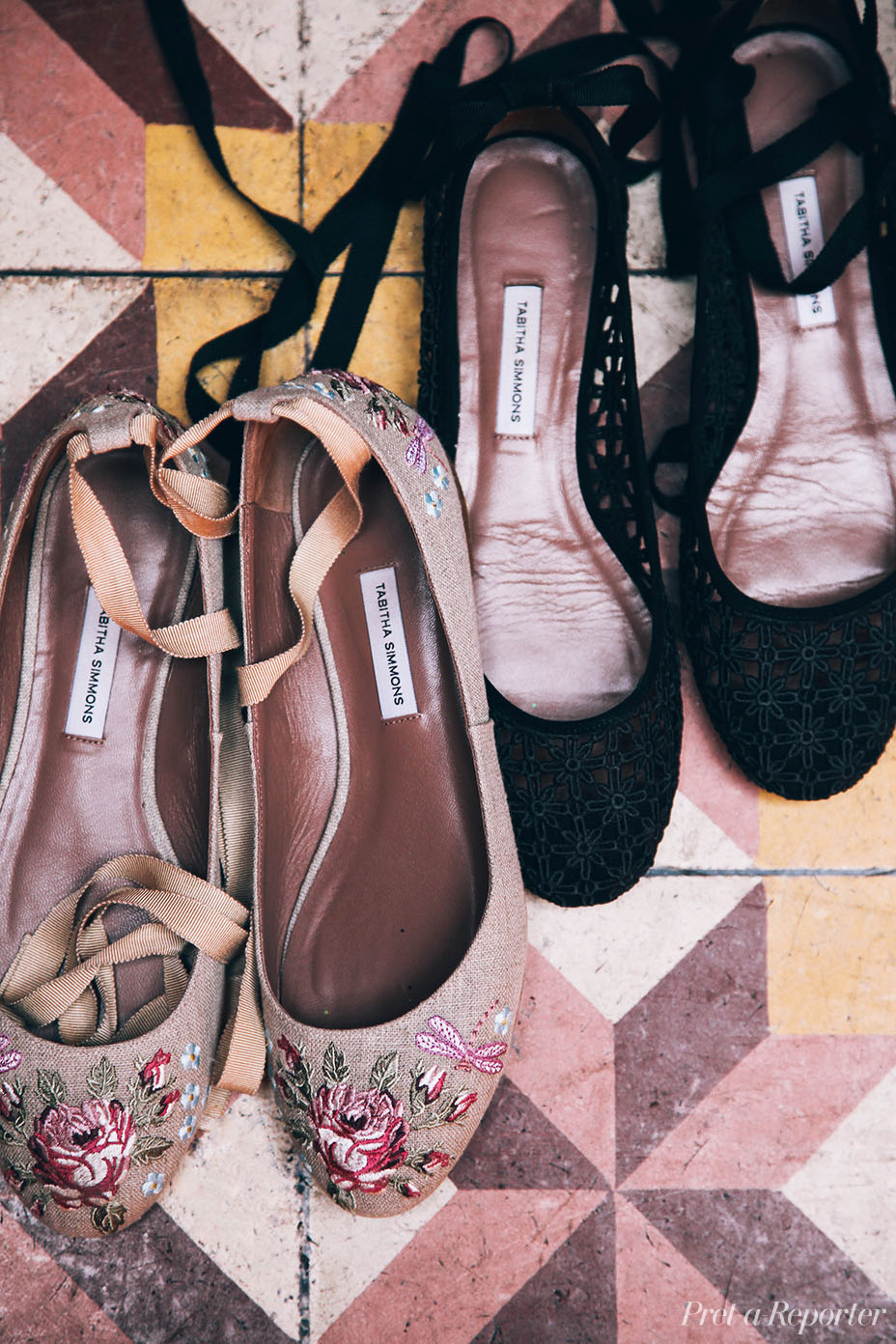 Are there any designers you collect?

I do collect Ossie Clark — he was a ’60s and ’70s designer — because his dresses are incredibly beautiful and his textiles are so unique, Anna Sui obviously I’ve known her for years, and I’ve got so many of her dresses. Same with Marc Jacobs. And McQueen as well, years ago, when he was at Givenchy, he so kindly gave me Givenchy Couture dresses. I’ve got some very beautiful pieces that I’ll probably never wear again, but I am holding on to everything for my daughter.

You used to own a vintage store in Nashville. What happened?

It was too much work on top of everything else I do. My vintage is very dreamy, slip dresses from Paris flea markets. Nashville is into a rock ‘n’ roll T-shirt, not the delicate vintage I would have. I loved having the shop but it became cumbersome, honestly. 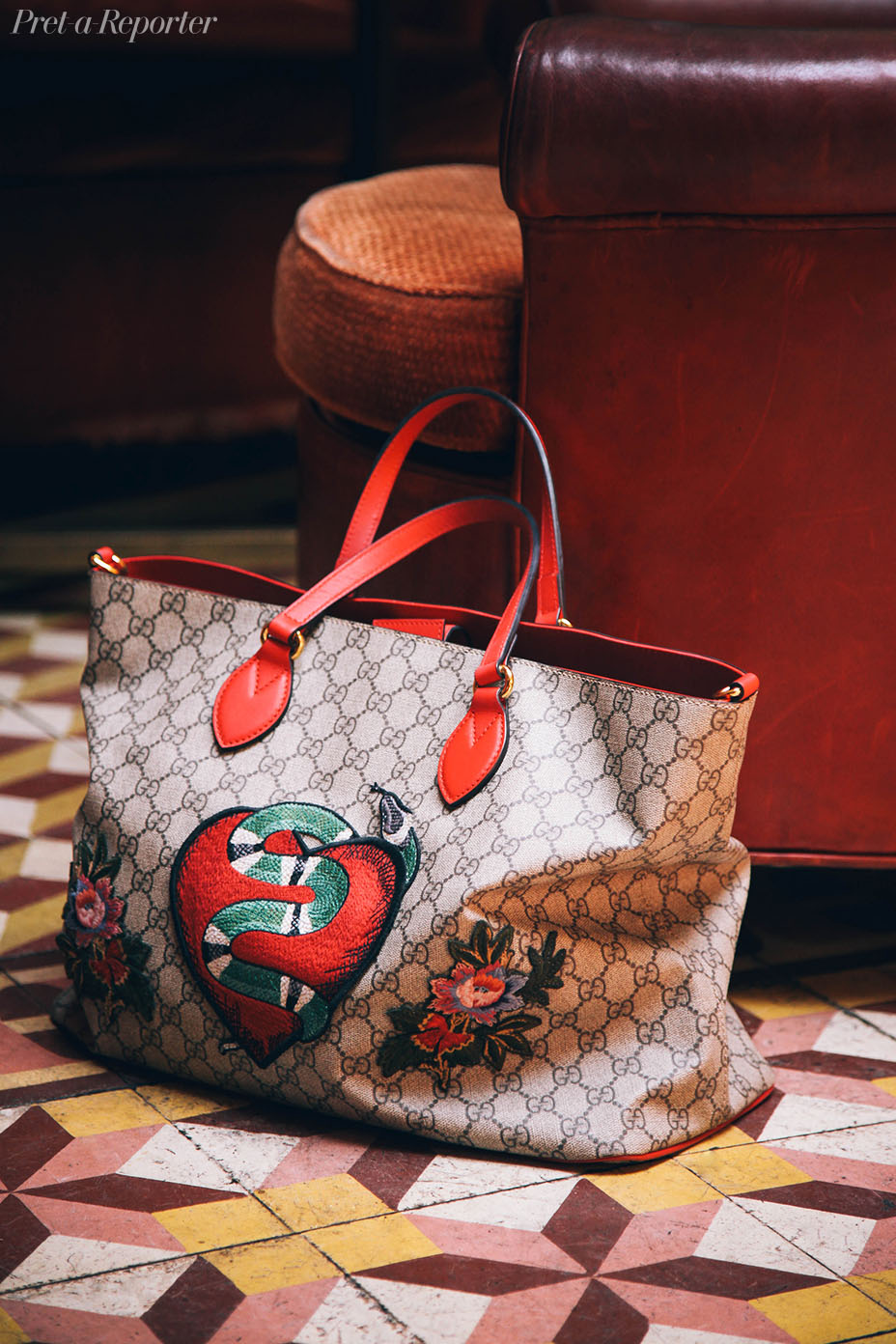 Is there a piece you’ll never throw away?

There was a vintage store that was very high end in London called Virginia. It was owned by Virginia Bates and she is truly one of the most quintessential, important vintage dealers in the world. Every fashion designer in the ’80s and ’90s and early 2000s would go to her store for inspiration. I would go there and bump into Donatella Versace. Virginia had such an array of beautiful dresses, and I got one from her and it cost me a fortune as well — this black, sheer, gorgeous dress. It is in shreds in my closet. I’ve had it for 20 years and it’s in tatters, but it’s the most beautiful dress I’ve ever had. It’s from the ’30s in Paris. It’s so delicate and sheer and it looks like a spider web now. I almost want to put it in a shadow box like a pressed flower.

I am obsessed with Nick Cave’s wife, Susie Cave. She has a line called The Vampire’s Wife that I have been wearing a lot. I absolutely adore Susie’s clothes. They are stunning and absolutely remarkable. 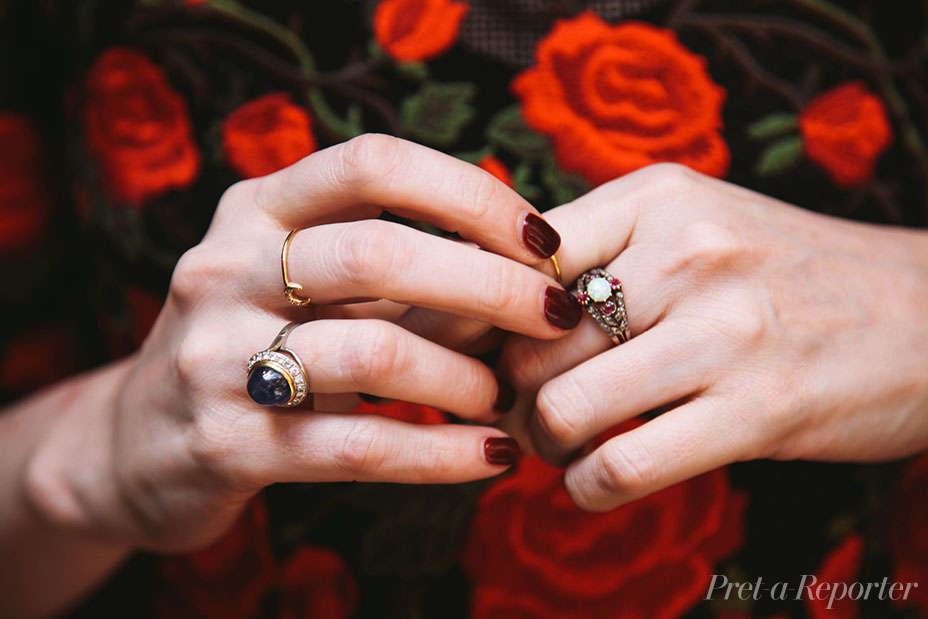 Cloak & Dagger in the East Village is good for my everyday life.  I’ve got so many vintage shops all over the world. There’s Hidden Treasures in Topanga. It’s incredible. In Nashville, my friend Nikki Lane is a musician, and she has a vintage store called High Class Hillbilly. I’ve got my little shops in Paris. For me, the beauty of vintage is not necessarily knowing in each city what you’re going to find, and taking a chance. 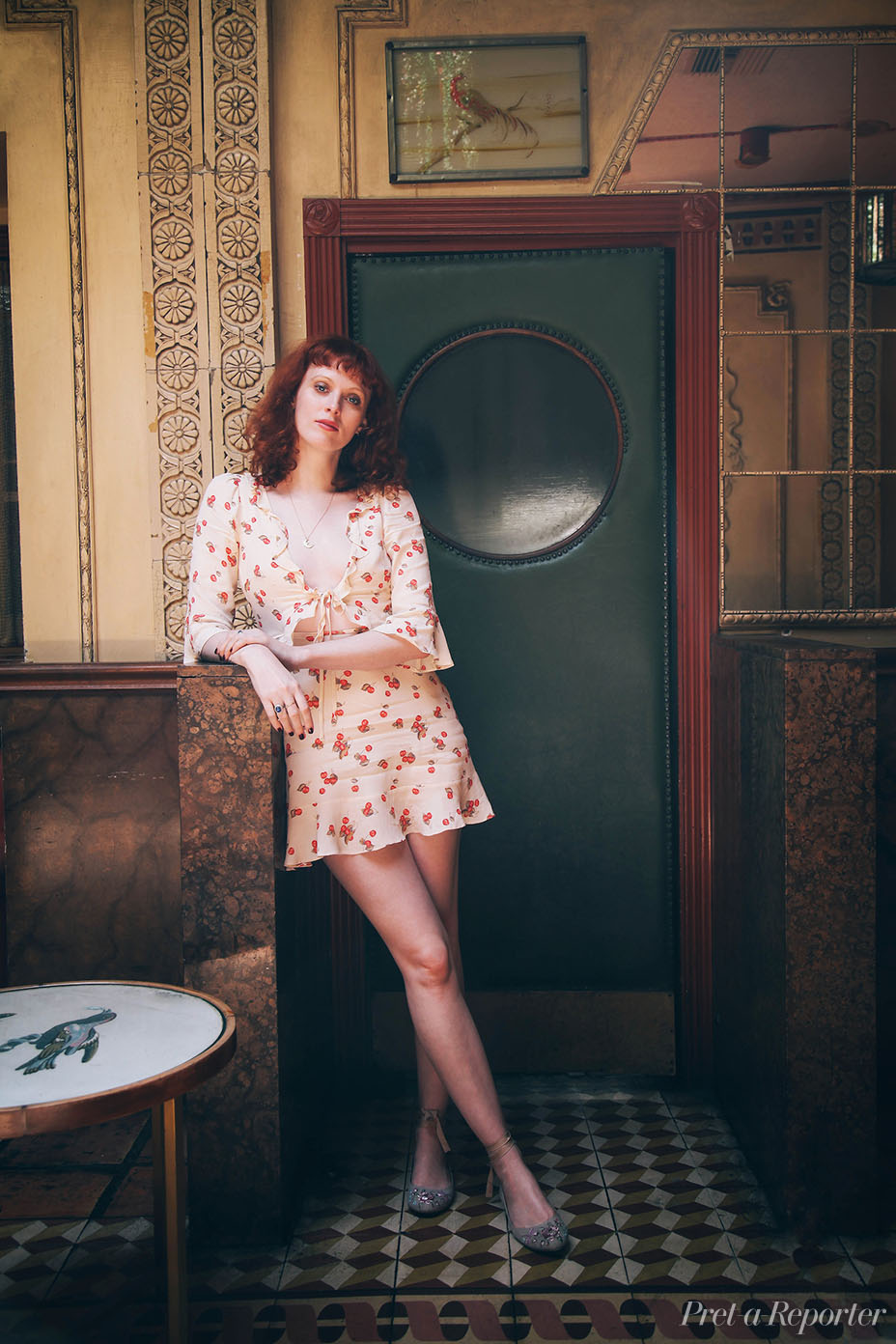 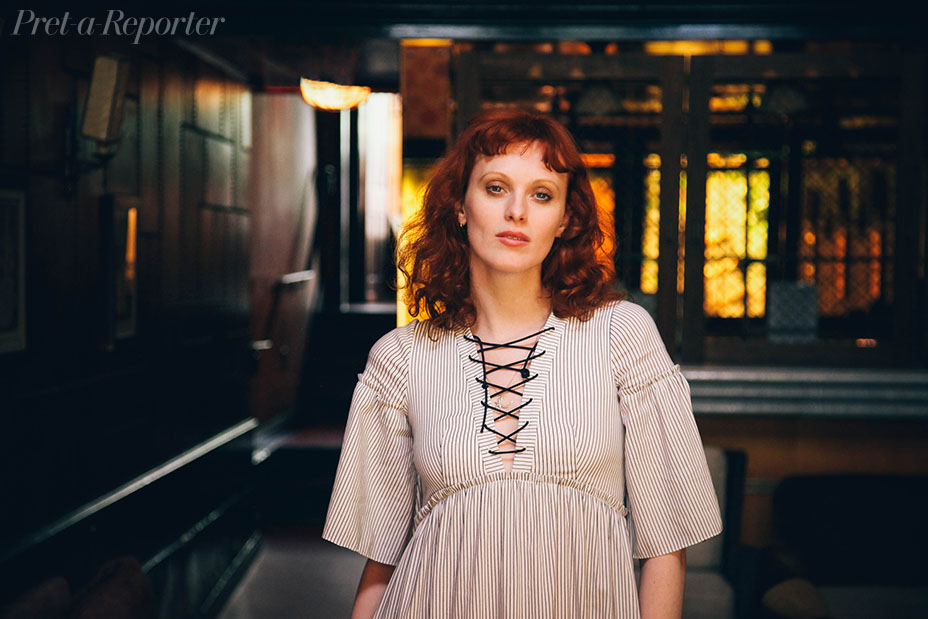 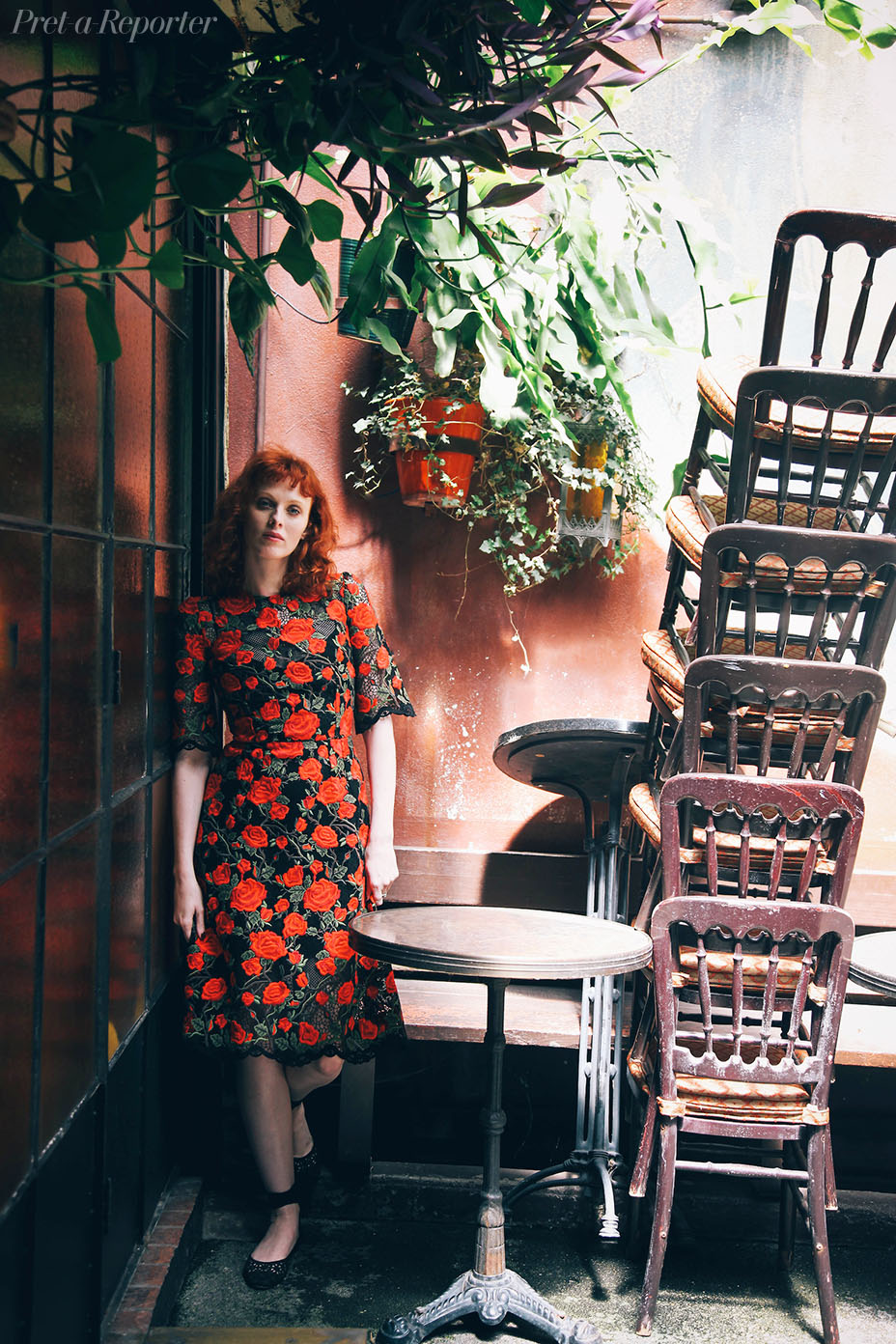